It’s been three years since Hyrule Warriors released for the Wii U. The collaboration between Nintendo and Koei Tecmo spawned a fun little hack ‘n slash in the Legend of Zelda universe. Developed by Team Ninja and Omega Force, it was definitely an interesting idea that seemed to work out for them. Now those teams are together again, now joining with Intelligent Systems for Fire Emblem Warriors. Utilizing the iconic strategy RPG series from the beginning and the end, it seemed to make sense to move to this series for a Warriors title. 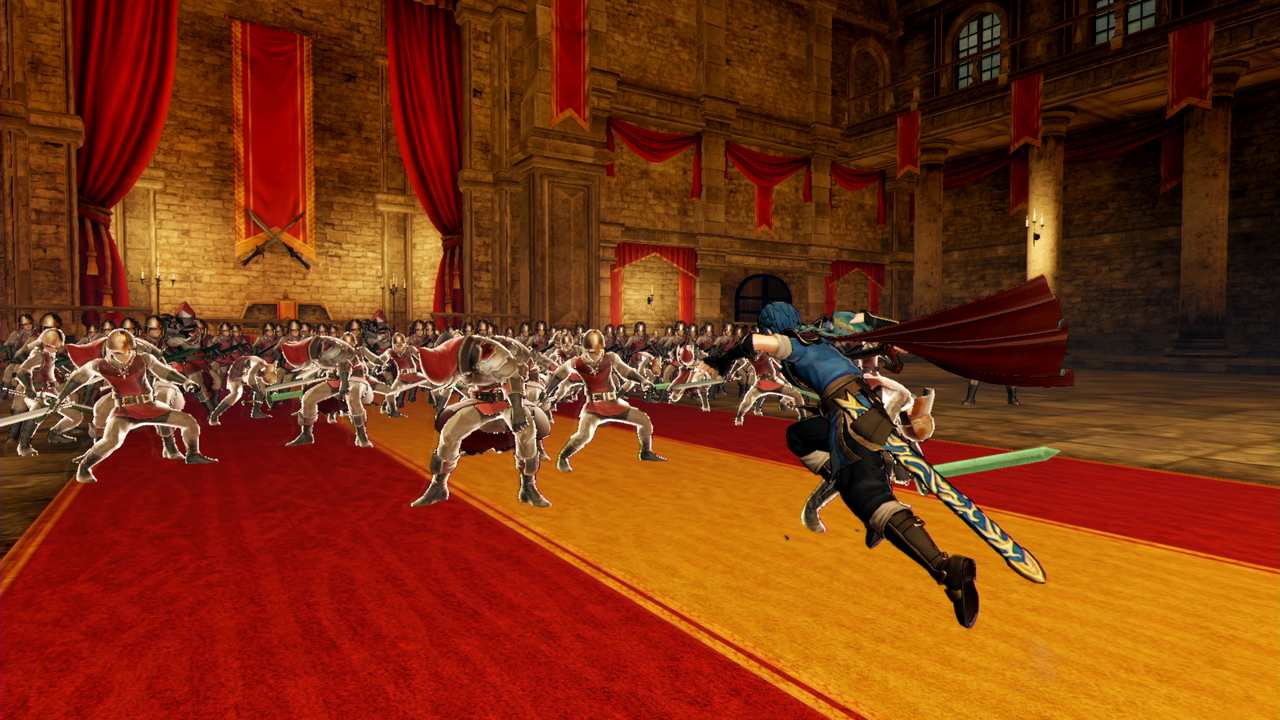 Blending elements of more recent Fire Emblem games into the Warriors franchise, it actually meshes together pretty well. Using the visual style of games like Fire Emblem: Awakening or Fire Emblem: Fates is just the beginning. Other features like the ability to pair up units, the weapon triangle, and support conversations have made their way in. There’s even a way to command other units on the battlefield like a strategy game. These features help to make the game feel more strategic, which makes sense given the Fire Emblem inspiration. If a player chooses to play in classic difficulty, there is also the permadeath feature, but more on that later.

The game plays like a typical Warriors game for the most part. Aside from the ability to command other units around the map, the game is very much a hack ‘n slash. All characters will form combos with light and heavy attacks, use Warrior Specials, and Awakening abilities. A Warrior Special charges throughout the course of battle, which can activate a signature attack similar to critical attacks in Fire Emblem titles. The Awakening ability is a state of power when larger combos issue out more rewards, ending with a devastating special attack. While these features are pretty standard to a Warriors title, the strategic twist helps to make it a little more interesting. 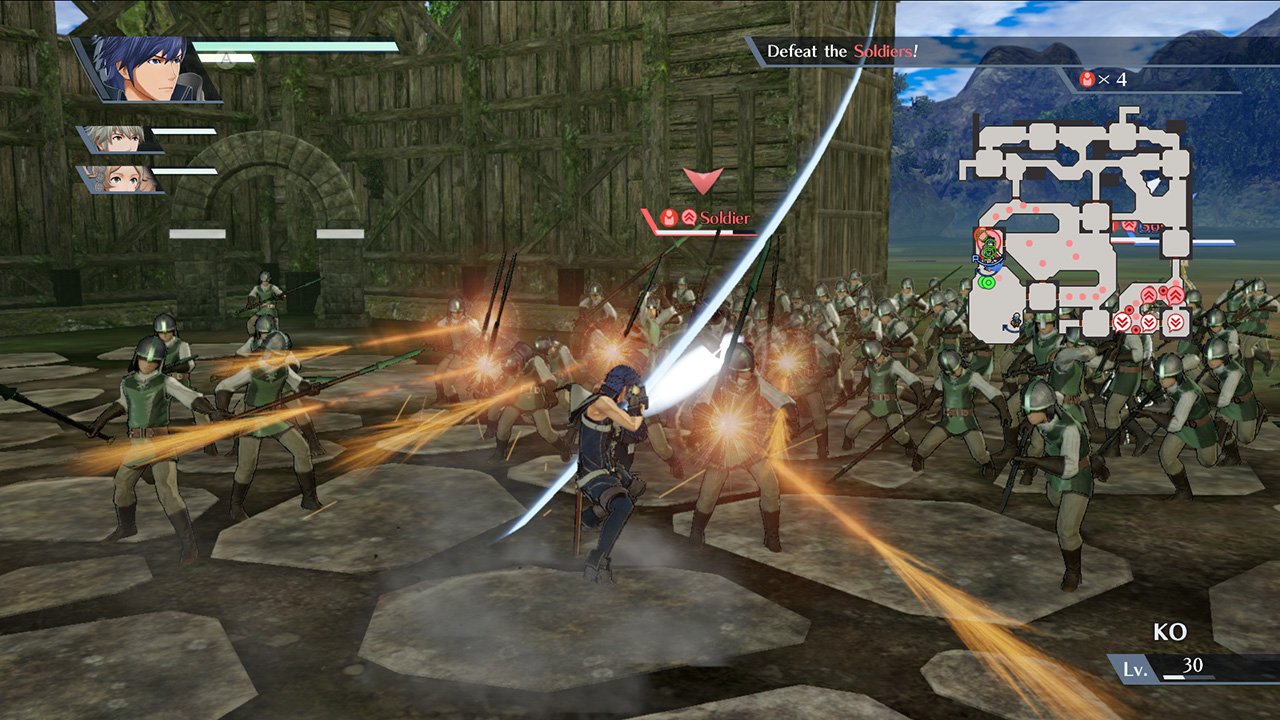 Fire Emblem fans will recognize the weapon triangle: swords beat axes, axes beat lances, and lances beat swords. It’s this little mechanic that makes it worth more to use weapon advantages. While a sword could still go up against a lance, it would take significantly more time and effort to defeat the foe. When players have the advantage, then they can exploit the enemy weakness with powerful bonus attacks when wearing down the opponent. Keeping these rules in mind is key to a victory in the more challenging battles. It’s also dangerous to be at a disadvantage, especially if the computer controls the unit. In classic mode, if a character falls in battle, it takes quite a lot of resources to revive them. This applies to all modes except for casual mode, where fallen allies will revive on the next map.

There are two main modes of the game, Story mode and History mode. Story mode explores a narrative where twins Rowan and Lianna, heirs to the throne of Aytolis, meet with several heroes to save their kingdom. These heroes span from Fire Emblem: Awakening, Fates, and Shadow Dragon, giving many fan favorites a time to shine. Unfortunately, that leaves out games like Path of Radiance, which has several fan favorite characters as well. While not in the story, characters from The Binding Blade and Fire Emblem Gaiden (Fire Emblem Echoes) also make an appearance in the game. 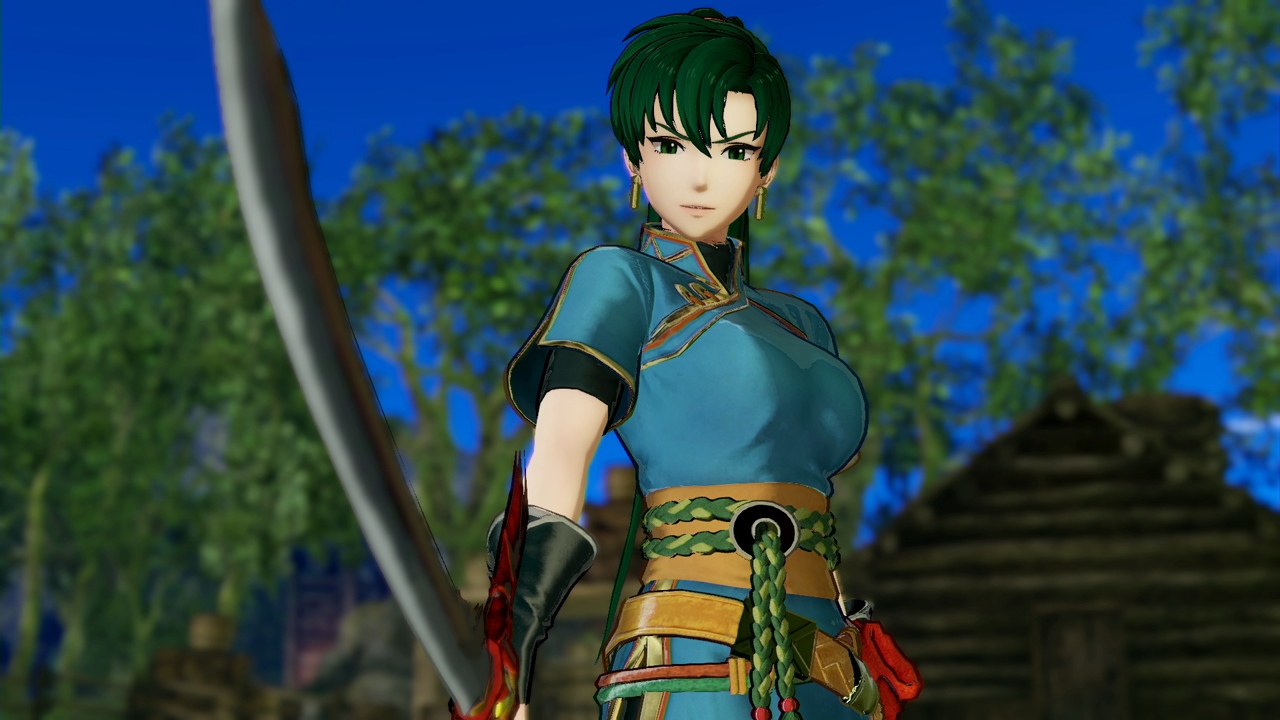 The story is pretty standard fare for a game bringing characters together from across time and space. Old conflicts, current goals and even basic logic go out the window for these characters to all work together with one common endgame. There are definitely some cliche moments and other scenarios that might leave one scratching their head. For example, Lucina makes her first appearance dressed as Marth, and later reveals herself to the protagonists. Later on, the real Marth shows up, but nobody questions the possibility that he could be another fake. It’s a minor nitpick, but there are several moments just like this in the story.

At least the story is fully voiced, mixing in cutscenes with images of the characters speaking to each other (like classic Fire Emblem). Presentation overall is pretty good, feeling reminiscent of Hyrule Warriors. Great music, consistent styles mixing both retro and new graphics, and a good amount of extras to unlock. Getting to the voices, most of the characters perform well, though some characters, like Tiki, don’t fit in with the rest of the voices. Even though most characters sound good, unfortunately players will likely be tired of hearing their voice after they hear the same lines of dialogue in the camp menu. Luckily there is a free downloadable Japanese voice pack for players that prefer them, though dialogue will still repeat. 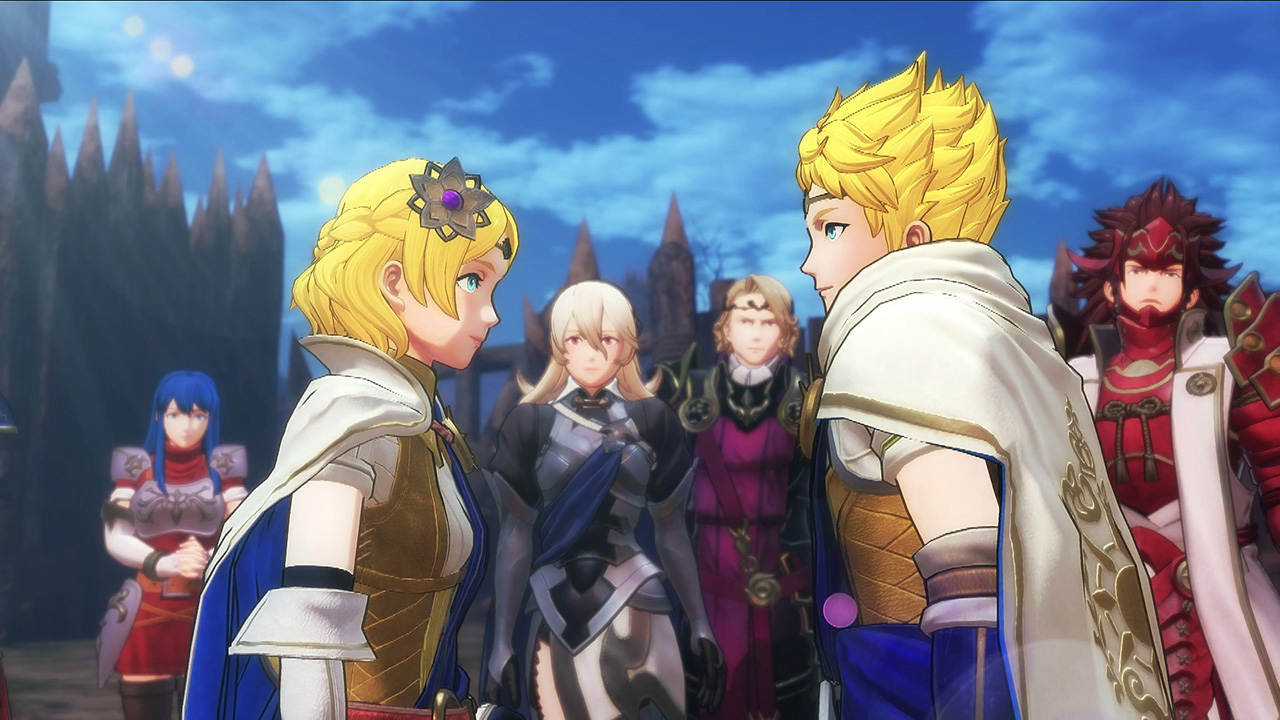 The presentation doesn’t extend entirely into the History mode. History mode explores the other games that characters come from, often reenacting scenes or even playing out “what if?” scenarios. While it’s still fully voiced, the in-game cinematics are completely absent, opting for the character images. It’s not a deal breaker, and the game mode is still pretty fun. Making a sort of throwback to each game, players will select units on the game-inspired map to fight different battles. Some of the objectives will feel similar to Story mode while others, like Arena battles, are a bit more creative. It’s a nice diversion that feels similar to the Adventure mode in Hyrule Warriors.

The camp menu is a place where players can upgrade their characters. This could be adding new skills and abilities, leveling them up, upgrading weapons, or even reviving a fallen ally. During these moments, a random character in your army acts as a guide and will comment on your actions. Sadly, they speak only one line of dialogue for most things, and it becomes an annoyance to hear some of these voices repeat these lines. This also applies during the title screen, as a random character is selected to say the title of the game. Again, it’s not so much that the voices are bad, it’s just how often they’re heard. 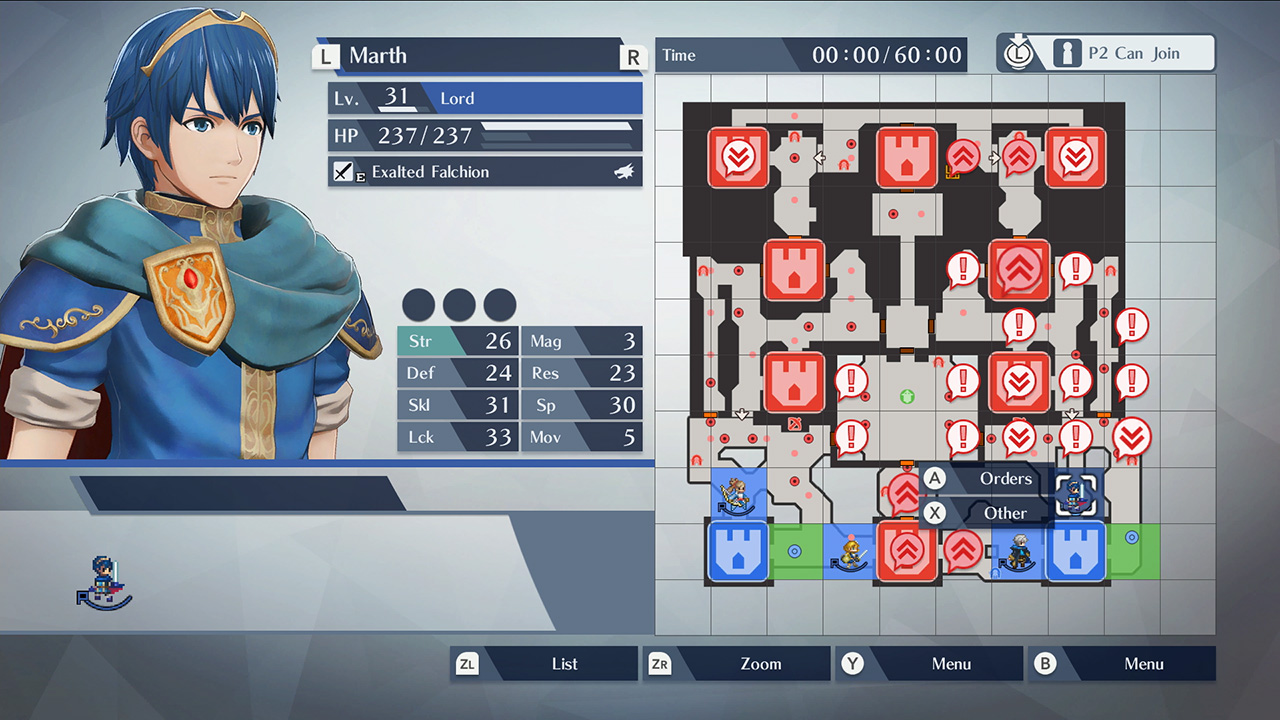 Split-screen multiplayer is an option throughout the entire game, so a second player can jump in almost anytime. The performance does drop a bit but the game is still entirely playable. This works slightly better than the co-op in Hyrule Warriors where one player would have to used the Wii U Gamepad as their screen. Playing split-screen with the Joy-cons takes a little practice, but it still works in a pinch. Pro controllers or Joy-con grips would be the ideal play method, but it’s nice to have options. Either way, it’s great to get yet another local co-op game for the Switch library.

While Fire Emblem Warriors does a lot right with the genre, the roster does have some problems. The selection of characters isn’t so much the issue, even though it doesn’t use many games from the franchise. The issue is rather that there are several clone characters in the 25 character roster. Some characters are entirely unique like Lissa or Tiki, while others will play identically. This is especially noticeable with Cordelia, Hinoka, and Caeda. Three Pegasus Knights that all play pretty much identically outside of their Warrior Special. It’s fine if players like a specific moveset but want a different character to have it. Either way, it was a little underwhelming to discover, especially when Hyrule Warriors had an entirely unique cast. 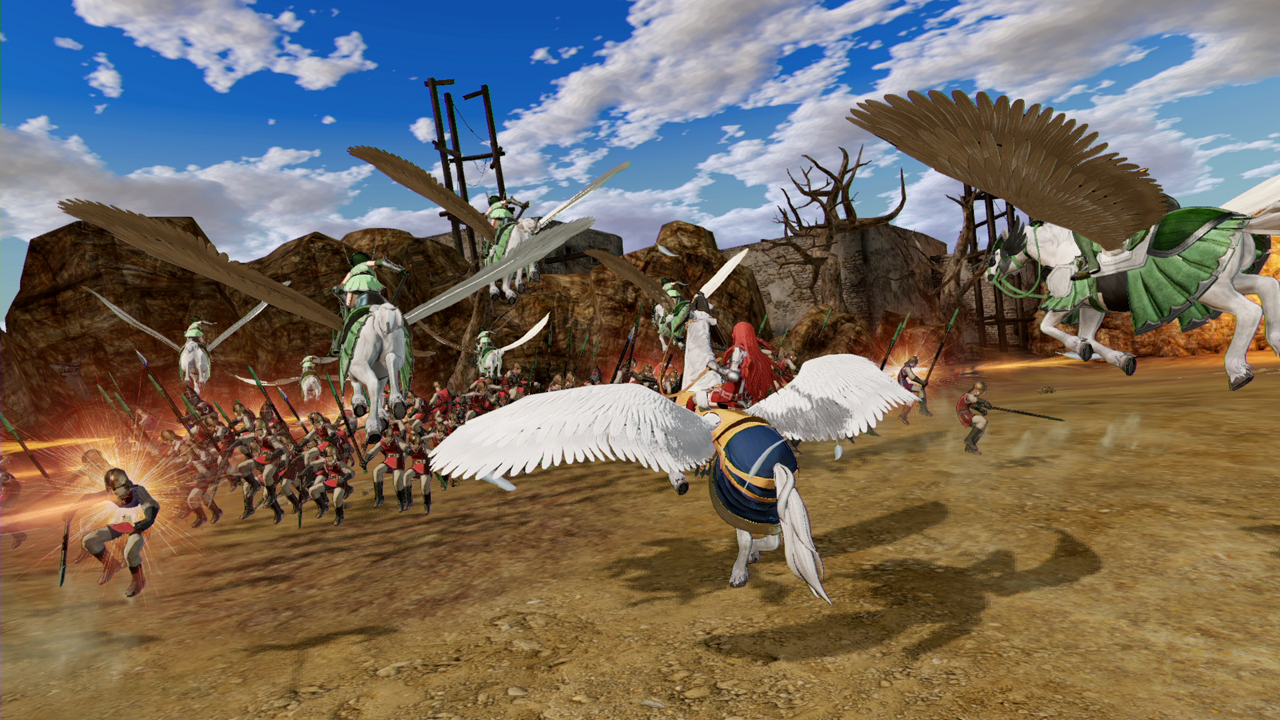 Another issue may be the fact that some of the characters in the season pass are already in the game. Four of the characters are in the story, and even possible to fight in battle. It’s a little unfortunate that they were saved for season pass content. At least the majority of characters are new to the game, and the season pass will provide other bonuses. Hopefully it will get similar support like Hyrule Warriors and have a mix of free content and paid content. Amiibo support isn’t too vital to enjoy the game either outside of special weapons from Chrom and Tiki. At least other Fire Emblem amiibo don’t offer anything exclusive, instead giving random rewards.

When it comes down to it, Fire Emblem Warriors is a fun game in the Warriors franchise. For Fire Emblem fans, they may have a lot to appreciate, even if the game ignores the majority of the franchise. It’s likely the game will get a lot of post-game support, so it’ll be nice to see how the game ends up when all is said and done. Hyrule Warriors had a lot of post-game content added, even after the 3DS version released, so there is a lot of potential here. While there are some noticeable flaws, there is still a lot to enjoy with Fire Emblem Warriors. Grab a friend for some split-screen action and fight for a better world.