Review | Guardians of the Galaxy: The Telltale Series – Episode 4: Who Needs You

Telltale has been on a roll with their work on Guardians of the Galaxy: The Telltale Series. After what was ultimately an enjoyable third episode, the penultimate episode is upon us. With such a strong season of stories, expectations are pretty high, and episode four: Who Needs You, doesn’t disappoint. In fact, this episode does such a good job, it may easily be the stand out episode of the season. Being a narrative based game, there may be some minor spoilers, so reader discretion is advised. 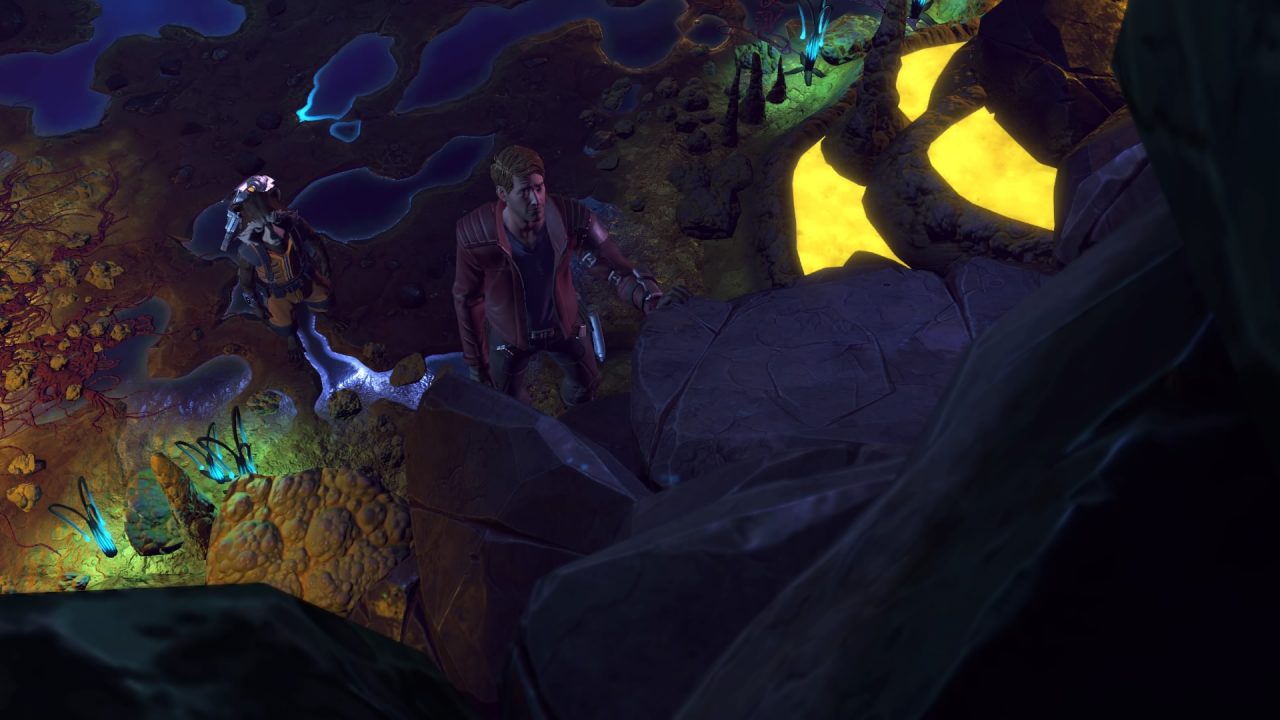 Named after one of Queen’s lesser known songs, Who Needs You perfectly embodies the internal discord between the Guardians. One of the most interesting dynamics of this team is that they are constantly fighting among themselves. In a lot of moments, it can be wildly entertaining, and in others, it can get downright emotional. Instead of focusing on the main antagonist of the season, Who Needs You focuses on the team and their conflicts with each other. This conflict has been building since episode one, and while this outcome seems preordained, the choices made in this episode definitely make a difference.

One of the things that makes Who Needs You stand out is that it has a perfect balance for the whole team. Even though Star-Lord is still the main character, everyone on the team gets a chance to shine here. This balance shows both in dialogue and combat, giving all the Guardians a solid moment to contribute. Even Mantis has a fun time in the spotlight that fits her character perfectly. Action is plentiful in the episode, but the tension is constantly in the air from start to finish. 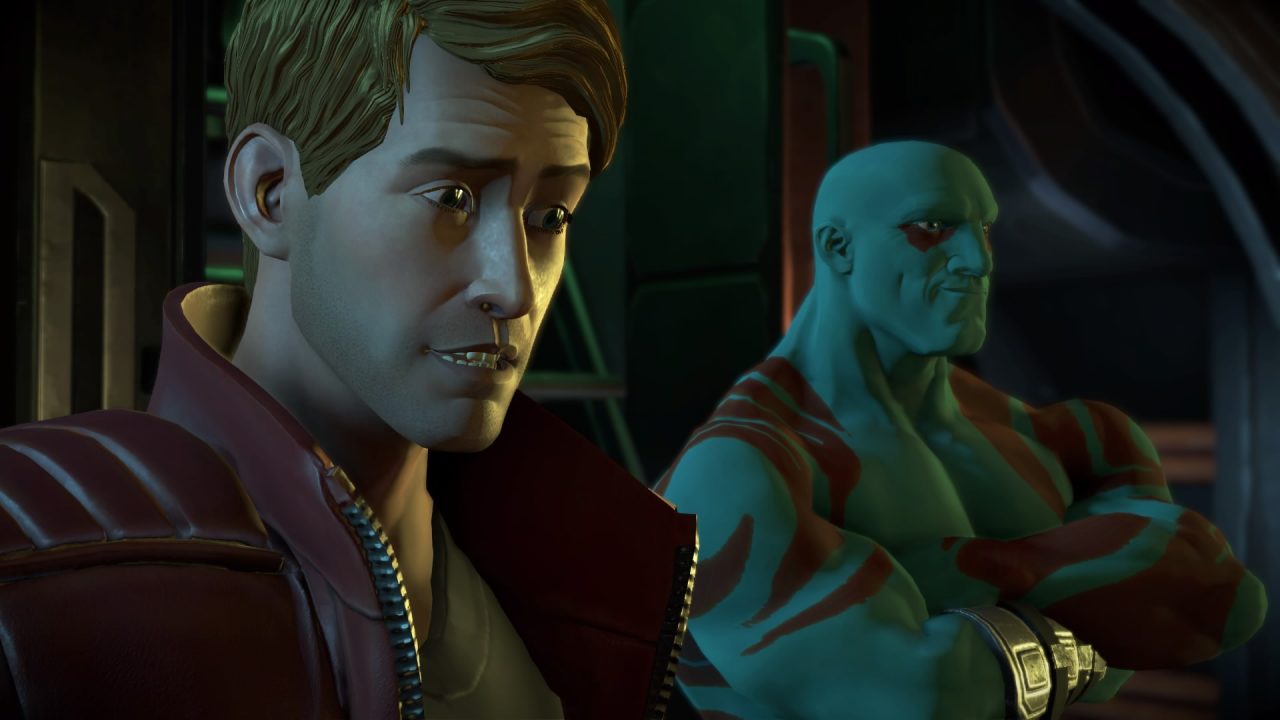 Despite a large focus on the team, this episode still takes a moment to focus on Drax as well. Drax has a very touching flashback that explores the relationship with his daughter Kamaria. While it may not relate to the plot of the episode as much as other flashbacks, it still adds some weight to his character. That doesn’t exactly mean the flashback was unnecessary either, as it does still have relevance to the situation at hand. It even leads up to one of the biggest decisions a player can make in this series so far. Although this may still end up being a red herring, it still contributes to Who Needs You as a powerful episode.

The presentation of this episode also deserves a lot of praise, especially with the title sequence. Not only is there a cool transition, but the song that plays just works so well with the visuals. The musical selections of this episode are pretty fantastic, even sharing a song with the recent film. Graphically, Guardians of the Galaxy: The Telltale Series still manages to impress with gorgeous set pieces. Even Drax’s flashback sequence has a really cool, though optional, effect for the player to witness. Who Needs You has a solid performance from all the voice actors too, helping this episode reach new heights. 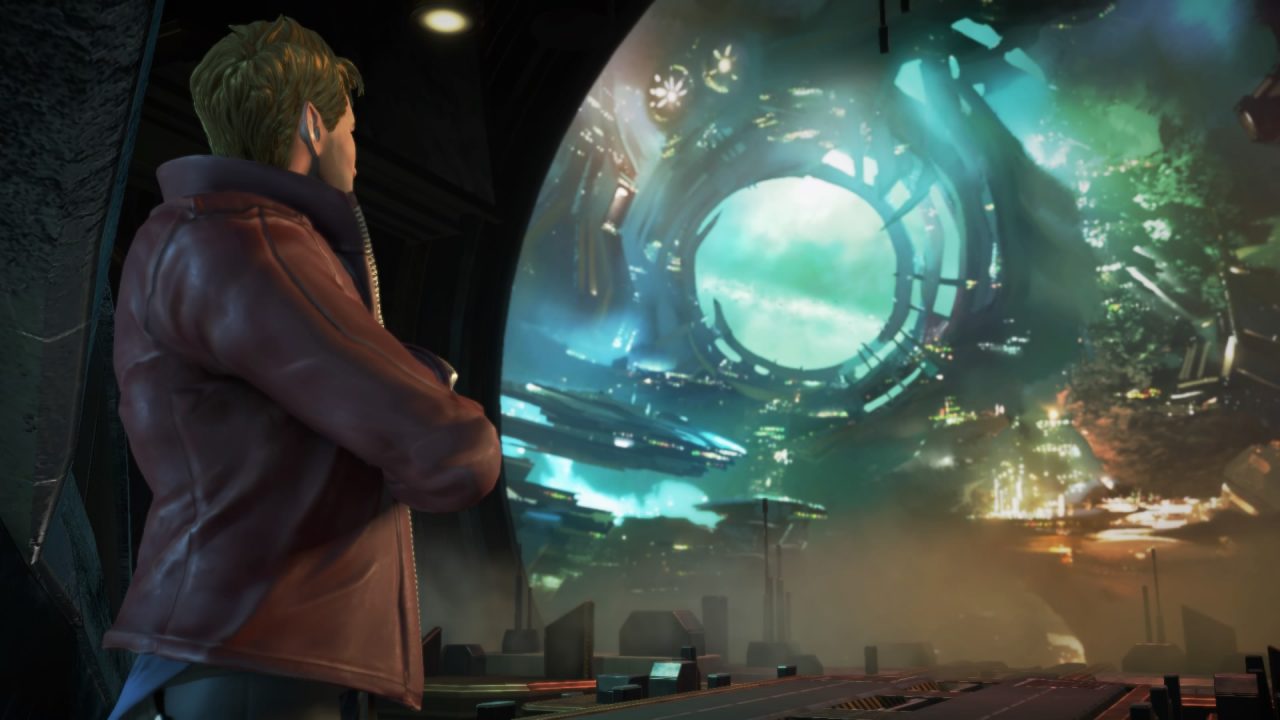 It’s worth mentioning that Drax isn’t the only one with an emotional toll in this episode. Almost all of the Guardians have their scene, though if the player chooses right, they may get a fantastic moment for Gamora. It’s a moment like this that really helps to show this is a Telltale game, and our decisions have weight. How we continue on with those choices determines the kind of characters we helped to develop. Who Needs You is not only successful because it balances everything well, but because it’s an overall fantastic Telltale experience.

Telltale Games has had a lot on their plate with several franchises lately. While it hasn’t been perfect, their partnership with Marvel was an excellent decision. Using that partnership to create a Guardians of the Galaxy game was simply a match made in heaven. These Guardians may share a lot with their film counterparts, but that hasn’t stopped Telltale in exploring new territory with them. While this season has been excellent overall, Who Needs You exceeds all expectations. This is easily one of the best episodes in a Telltale game to date.