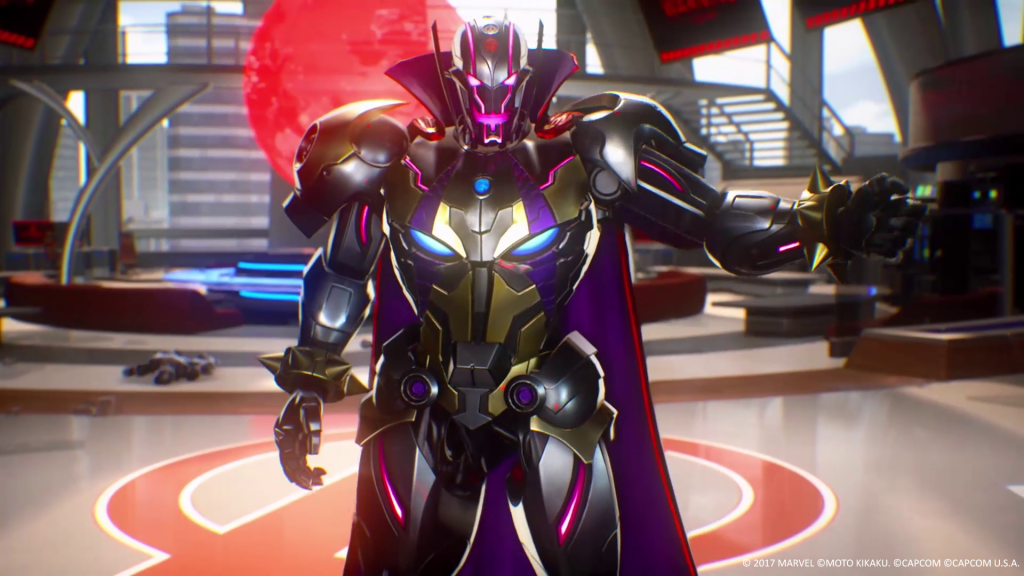 Having made it through another entry, it’s time to find out if Capcom’s latest title in the popular Marvel vs. Capcom fighting series is good, or if those who will hate it without Wolverine will be correct in thinking it will be horrible. David had previously reviewed the title, for those also seeking a second opinion.

The game’s story takes place as the two universes have collided, and two major villains from the realms, Sigma and Ultron, have combined to form the even more powerful Ultron Sigma. It immediately throws you into action as Captain America, Megaman, Rocket Raccoon, and more are battling it out against hordes of Ultron Sigma’s minions, complete with the humor you would expect from popular characters such as Spider-Man.

Elsewhere, other characters are introduced. For example, Ryu is first seen and Hulk shows up. Ryu advises Hulk to control his anger, as he had been taught, and another battle begins between these two. 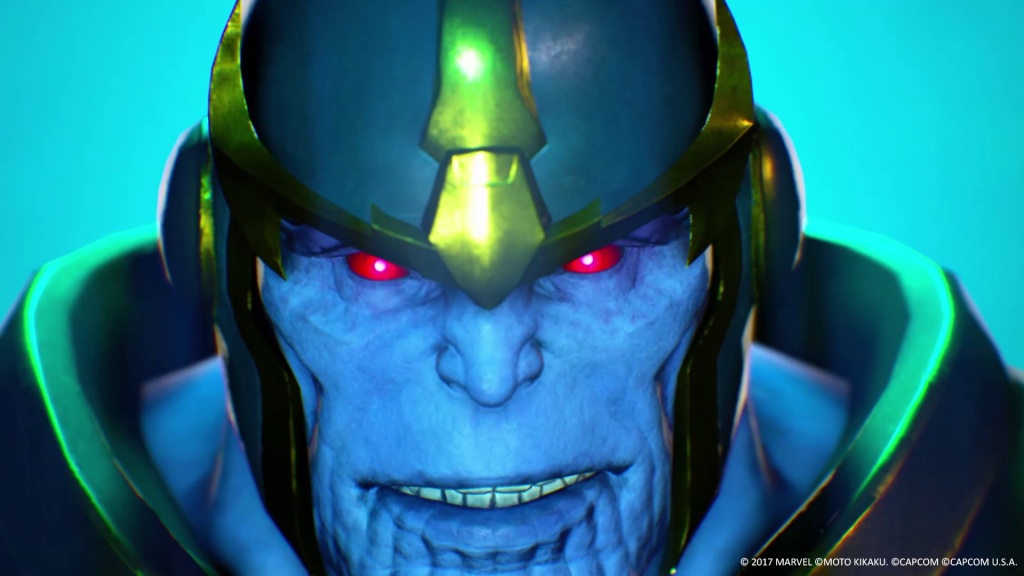 The story overall is actually rather decent, and it’s fun to see so many characters interacting. They definitely have some unique moments that can make you literally burst out laughing, and the ending does seem like it will have some major implications on the next game in the series when/if it occurs.

The story mode explains the basics of the game and helps you get used to the drop to two characters from three (as was found in Marvel vs. Capcom 3), as well as one of the new mechanics of the game, namely the Infinity Stones. These powerful little gems hold different abilities that can be used in battle at any time, as well as a more powerful ability that you can activate upon building up a meter. They can definitely change the flow of battle, and add in more strategy to the fights.

The Mission mode also helps you learn all the basics, although it can be annoying to either show the commands of a move or the name and have to constantly look in the move list to see how to perform it. It would have been nice to display all information on-screen at once, but it isn’t too big of a deal, though I do imagine it can be quite frustrating for newcomers. Within this mode, each fighter has ten missions to go through, some of which are actually full of rather complicated combinations for you to learn. 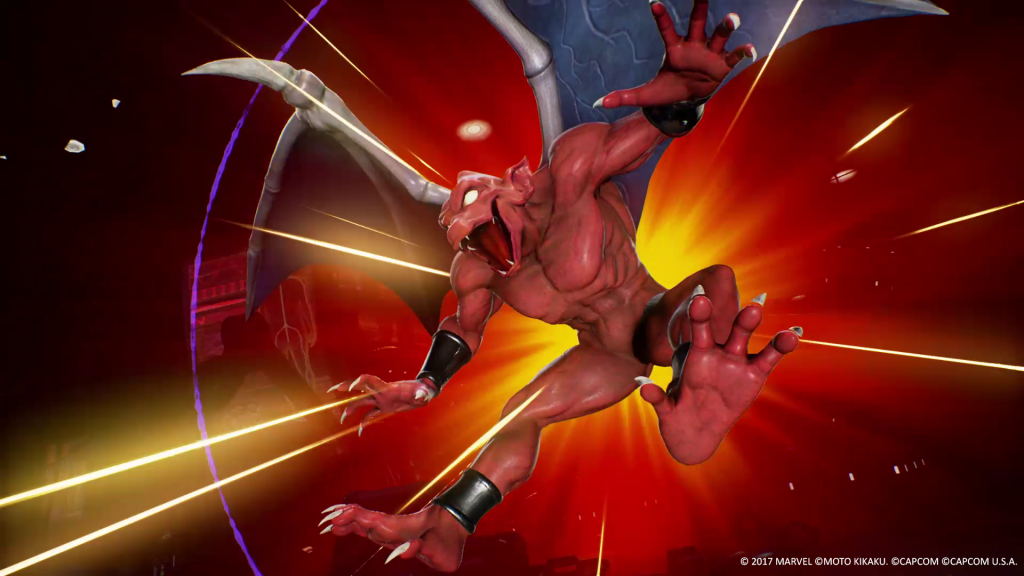 Of course, as you may expect, Marvel vs. Capcom Infinite is a competitive game, and the title really shines in multiplayer. You have several options to play, including both ranked matches and lobbies exclusive for new players, which allows them to practice against others who are also beginning to learn the game. The multiplayer has, from what I’ve tested, been quite smooth as well.

One criticism that the game has received is its roster. It has dropped some of the prior characters, such as Wolverine and Phoenix Wright, but the thirty characters are still enough to make the title quite interesting, and I, for one, didn’t feel too limited in character selection, especially as more characters are added via downloadable content later on.

The voices and music are both outstanding, but the graphics can seem to be a bit hit or miss at times. In large they are quite good, though it can be odd to see, say, the furry Rocket Raccoon mixing in with the likes of Spider-Man (the visuals just look different for some reason in this case and don’t seem like they mesh). 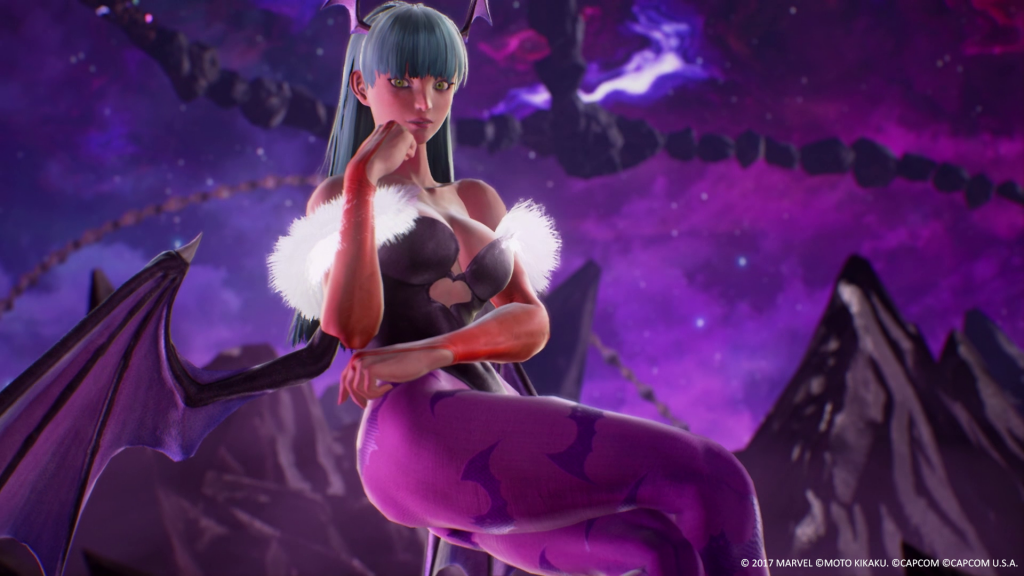 Marvel vs. Capcom Infinite is a fun title that is sure to provide fighting fans hours of fun. Despite being rather different from its predecessor, it definitely delivers on fun, and is a great fighting game.