Review | Batman: The Enemy Within – Episode Two: The Pact

The newest episode of Batman: The Enemy Within has a lot of high expectations after the fantastic first episode. Episode two: The Pact, is probably the most different episode in the whole series so far. That isn’t necessarily a bad thing, as it allows players to explore new areas of Telltale’s interesting world. As always, since this is a narrative based game, there will be slight spoilers, mostly from the first episode. Reader discretion is advised, so if you wish to avoid spoilers from episode one, skip down to the score. 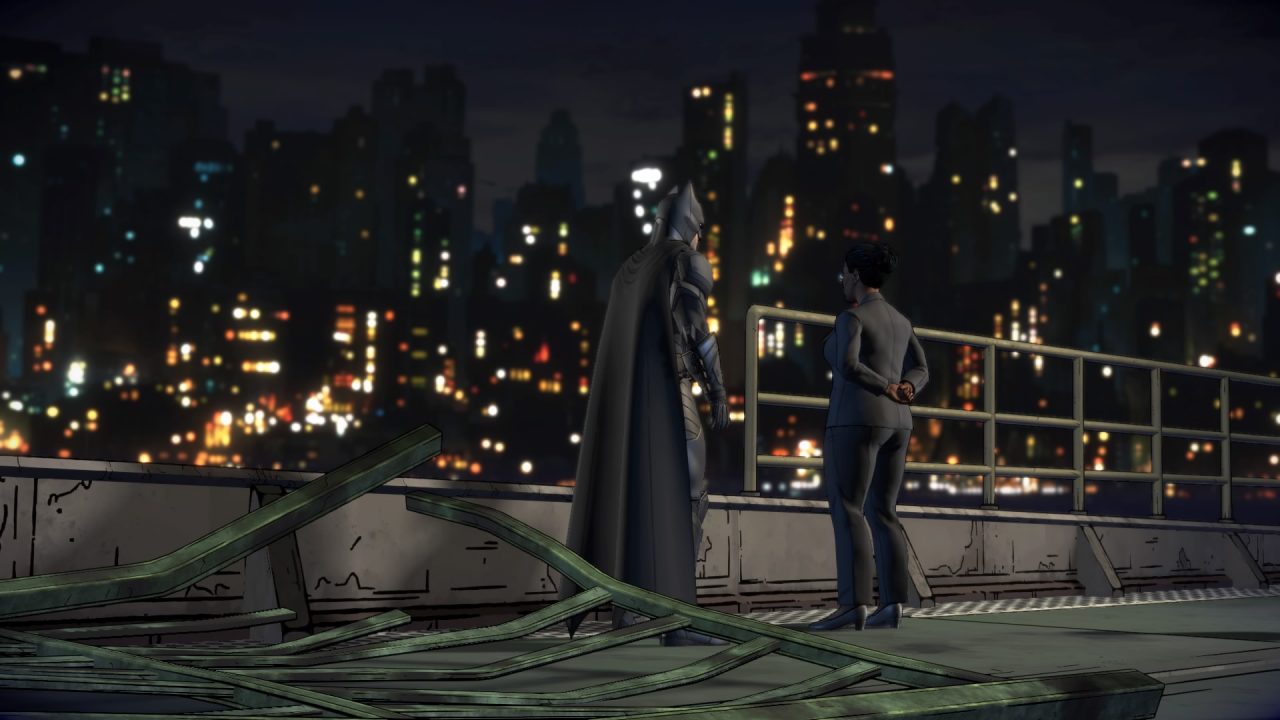 Episode two starts players out with the cliffhanger from the first episode, and that is that Amanda Waller knows who Batman is. Waller has had no trouble pushing her way into the lives of Gotham City’s citizens. That also holds true for Bruce, as she becomes a particularly troubling thorn in his side. Despite coming to the city for the Riddler, the case seems to be bigger than even she could imagine. She already intends to use both Bruce and Batman for her own agenda, and this episode focuses on that idea.

The Pact holds itself back from a couple traditional elements of the series, focusing more on introducing new elements to the story. There isn’t a normal detective mode sequence, instead offering a couple alternatives. This episode also gives players a somewhat unsettling predicament, forcing them to play a role in acts they may not have expected. This raises potential for several relationships to change, but how those relationships will affect the full story is still yet to be seen. 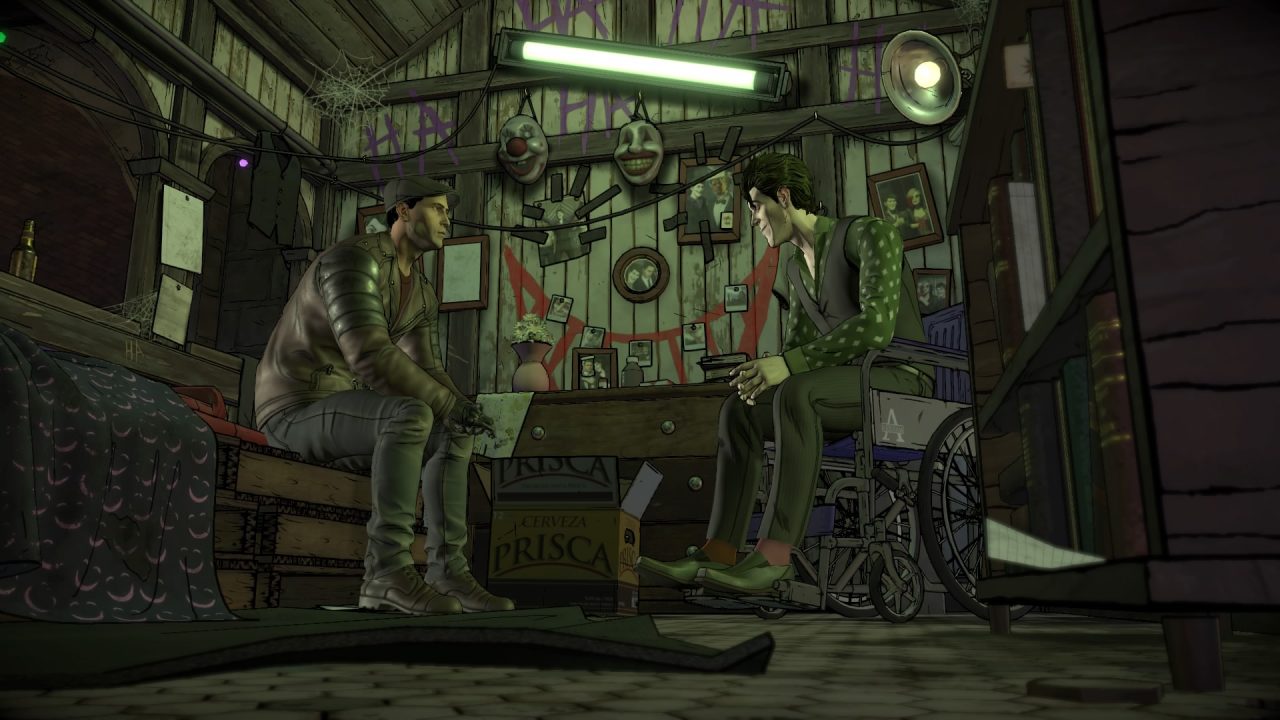 Telltale definitely made a big risk with this episode, as The Pact introduces not one, not two, but three new villains. All three villains, along with John Doe, form Riddler’s gang, and with their introductions come new elements of these characters. Bane for example, seems to be the most traditional of the villains so far. The Lucha Libre mask, the use of venom, the Spanish accent; Bane is looking like the least changed villain in Telltale’s series. Perhaps there are more elements yet to be seen, but for now, Bane (performed by J. B. Blanc) does a good job adding raw power to the mix.

The next villain, Mr. Freeze (voiced by Matthew Mercer), plays a fairly small role in the story so far. Still a bit of a sympathetic villain, he mainly focuses on curing his wife from a fatal disease. Instead of using his traditional freeze ray, this version of Mr. Freeze has a sort of gauntlet that will freeze whatever he touches. Think King Midas, but instead of gold, what he touches turns to ice. It may be a small change, but it adds a certain intimidating factor to his character. Despite being a sympathetic villain, that doesn’t make him any less deadly in The Pact. He feels more like he’s riding in the back seat of this episode, but there is strong potential for this character. 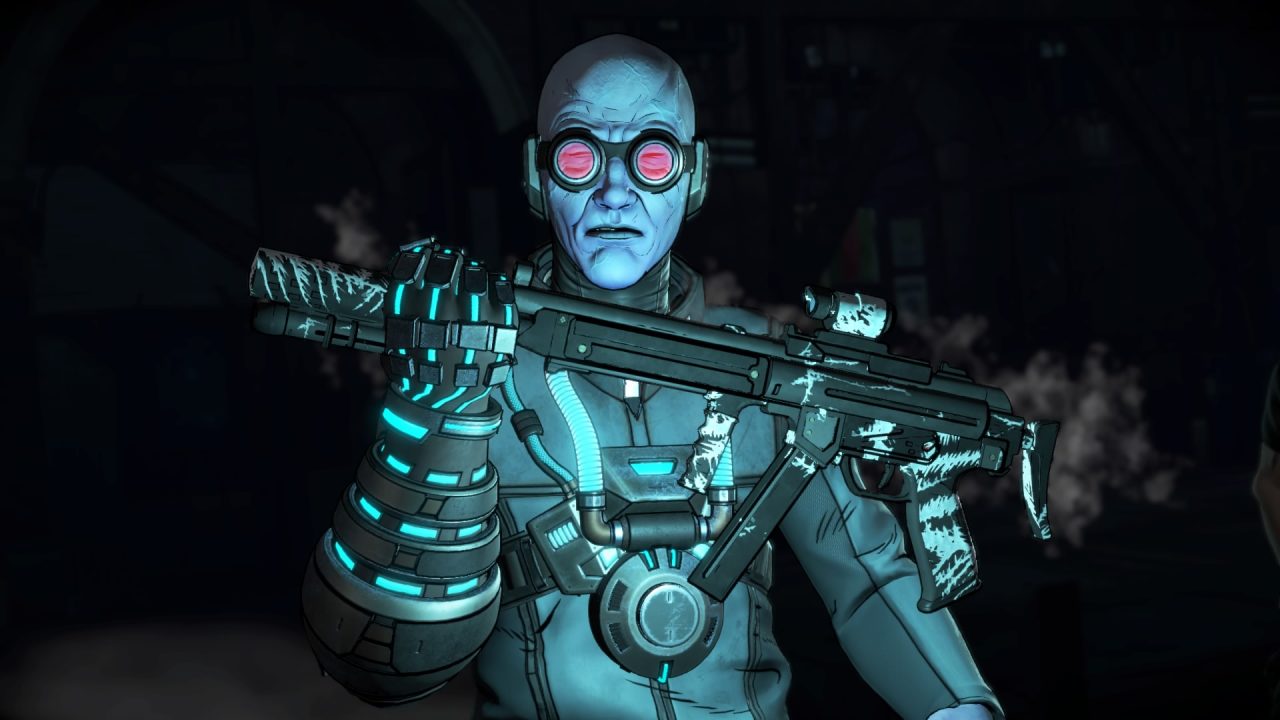 Last, but certainly not least, is Harley Quinn, presenting a drastic change to the character. Fans may be disappointed with the vocal performance not sounding like Arleen Sorkin (or Tara Strong for that matter), but Laura Post does a great job showcasing both Harley’s sweet and psychotic sides. This is Telltale’s version of the character and that means fans shouldn’t expect things to be the same. While her appearance may seem similar to previous incarnations, this version of Harley shows a more dominating personality. This is especially noticeable in her interactions with John Doe, and it makes an interesting dynamic that can hopefully be further explored. Either way, she’s just as dangerous as any previous version of the character, if not more.

Leaving out the specifics of how these villains are involved, it definitely seems pretty ambitious for Telltale. The Pact surprisingly doesn’t have a lot of Batman moments, putting players in Bruce’s shoes most of the time. It makes for a pretty different episode altogether and it feels reminiscent of the fourth episode of last season. This episode focuses on how Bruce handles the relationships of those close to him, whether it be an ally or an enemy. Some allies may even show their true colors, betraying any trust that may already have been established. When Batman does show up though, it still adds an excellent contrast to the episode as a whole. 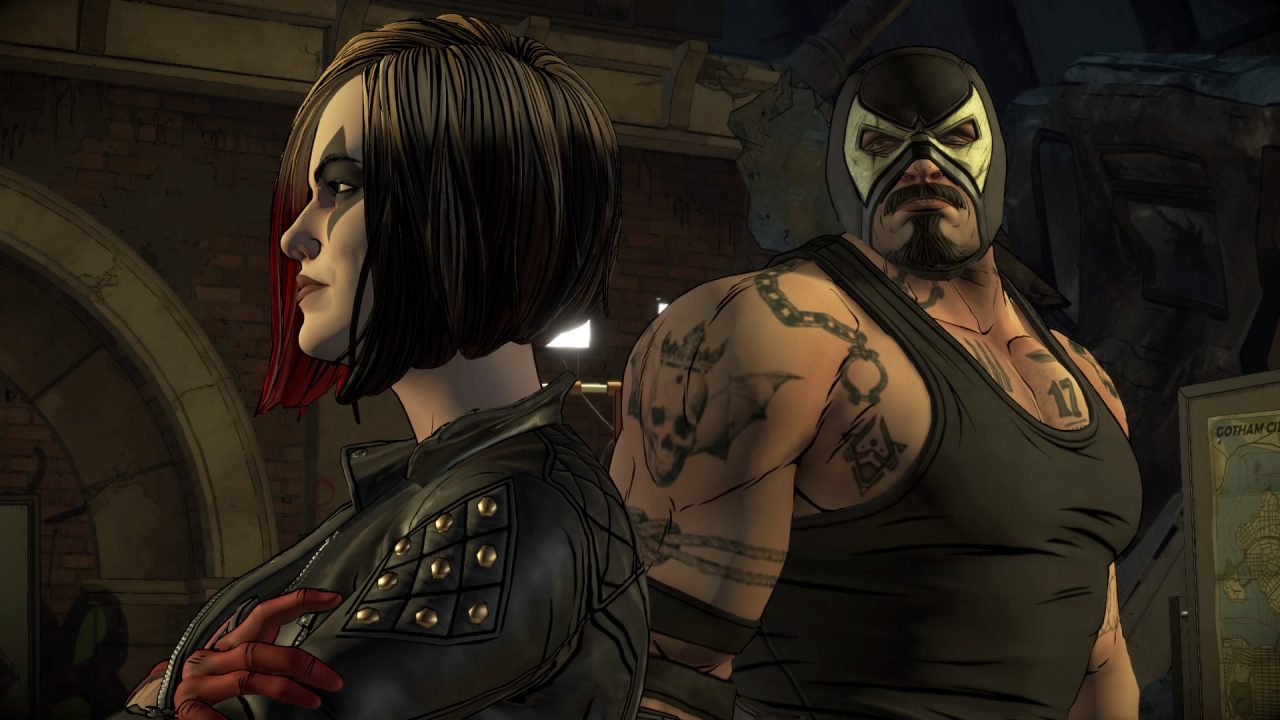 Overall, The Pact seems to be an experimental episode, removing the typical detective sequences and focusing on playing as Bruce. It establishes three new villains and while it was a risk, it pays off. All the voice work helps to distinguish each character and everyone plays their part well. It’s pretty exciting to see where this is all going, as it’s still early in the season. With so many potential antagonists, it’ll be interesting to see who is the main focus of the plot. Hopefully Telltale can maintain their momentum this season and deliver a stronger story than the last.