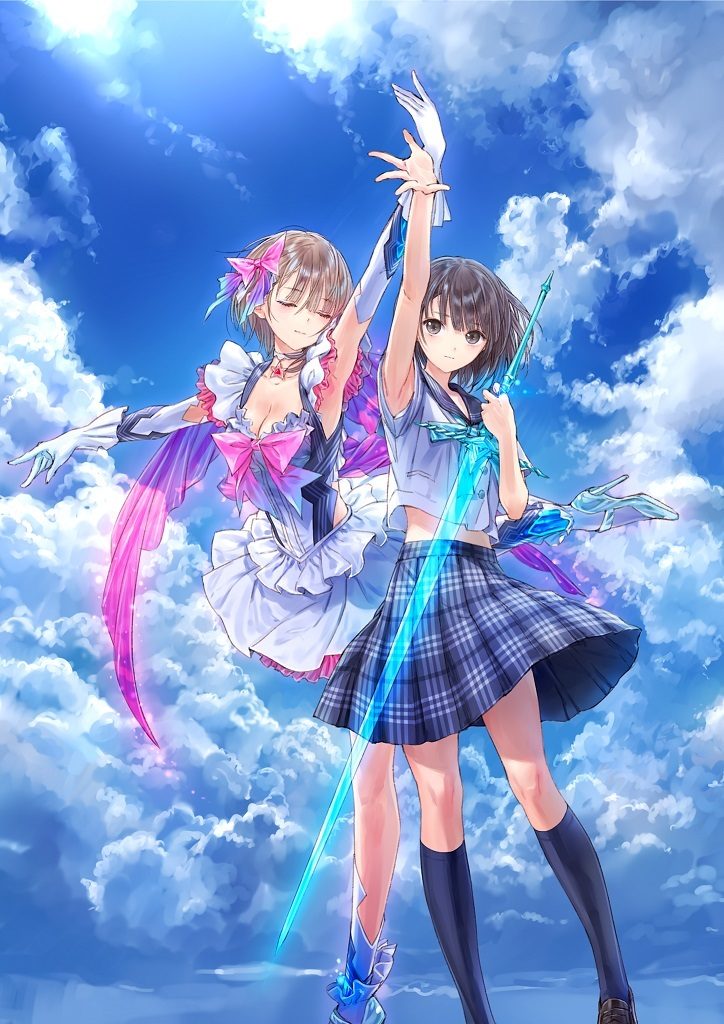 We’ve been granted the chance to check out the first game in which Mel Kishida, well known as the character designer for games such as the Atelier Arland series, has taken on a lead creative role. Will he be able to impress with Blue Reflection, or are his talents better served as a character designer alone?

Blue Reflection occurs within Hoshinomiya Girls High School, placing you in the role of one Hinako Shirai. Hinako has a single passion in life, namely ballet. Unfortunately, however, she has recently suffered a major knee injury, and this renders her unable to dance ever again. As such, her life is ruined, and, as she states in the game early on, “Without my ballet, I’m as good as dead,” and she enters school depressed and lethargic as an understandable result. 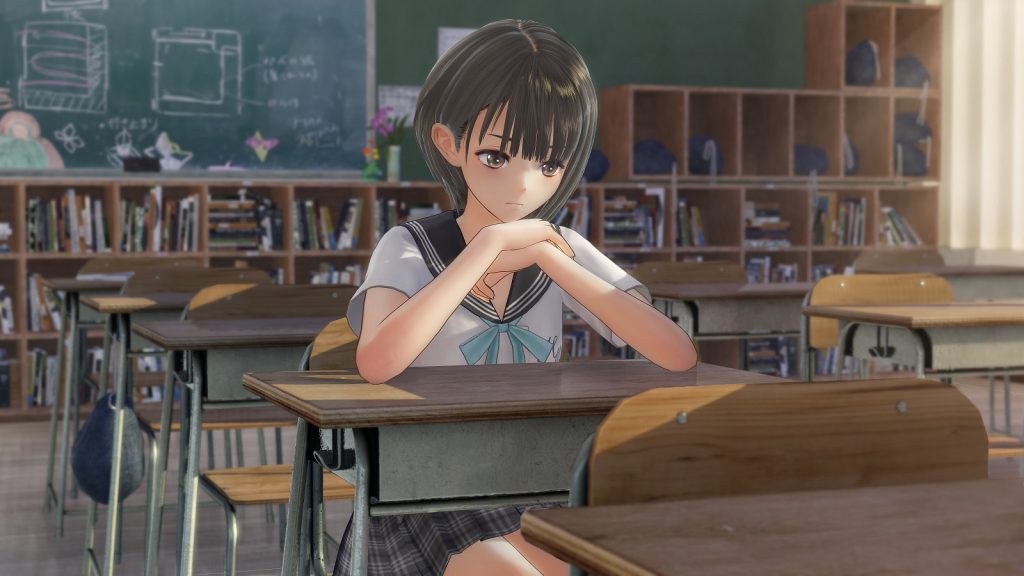 As you can likely tell already, the game tells a tale of depression, but it also tells of overcoming said depression with the support of several irreplaceable friends, which is something, I’m sure, that many of us can relate to.

During her school day, an odd incident suddenly transports Hinako to a fantasy world, and she is attacked by strange demons. A couple of strange voices advise her to channel her wishes into a power, which, in turn, allows her to transform into a sword-wielding magical girl. Even better, her knee is in perfect shape in this strange world, meaning that she can both dance again (thus enjoying her one true love and passion once again) and fight off her attackers. 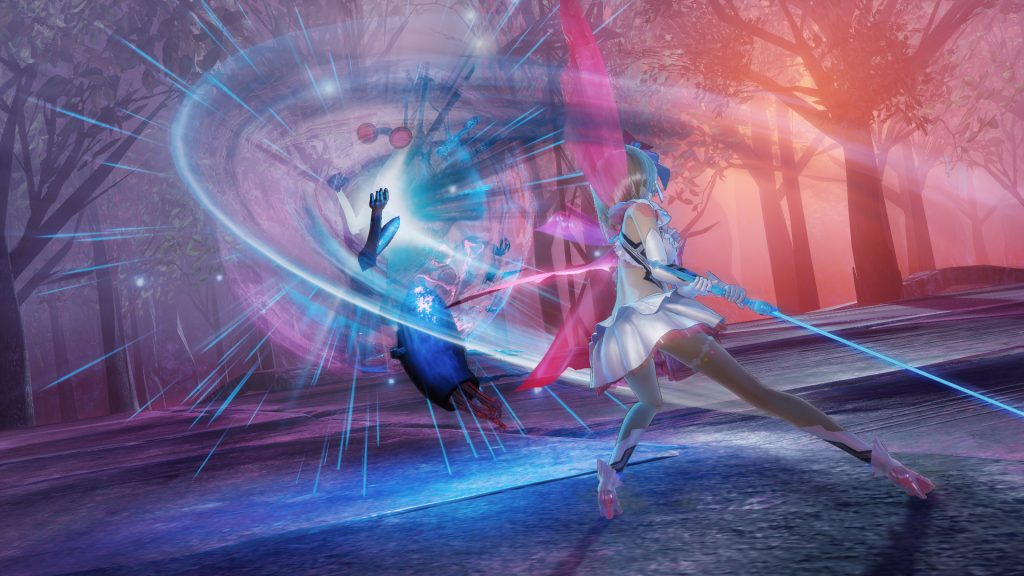 Upon fending off the creatures, she returns to the real world and soon discovers that the voices she had heard actually belong to twins known as Yuzu and Lime. These two had, for some reason, taken an instant liking to Hinako, and thus shared the power to become a magic-wielding hero known as a “Reflector” with her. Now the three need to fend off the demons, known as Sephirot (no, that’s not missing an “h”, if you’re wondering). Once all of the Sephirot are defeated, there is the promise of a wish, which is a sliver of hope Hinako has for being able to enjoy ballet once more in the real world.

Things aren’t easy, however, and the three need to collect Fragments, which are, in reality, intense feelings that have been turned to crystal in the Common, as the other world is known. This other world is, in actuality, actually a manifestation of the collective unconscious, which allows the Reflectors to explore and interact with people’s emotions. Back in the real world, you can tell when a person’s emotions are running high as they become rampant and shrouded with a coloured aura, which, in turn, opens a path into the relevant Common zone. The three must then locate the Fragments, gaining a glimpse into what caused the outburst, and also attempt to calm the person in question down, stabilizing the fragment and turning it into a gem that the girls can equip to gain various benefits.

The game never ceases to feel authentic as it explores themes like bullying, the pressure of Japanese high school, love, body image, and even burgeoning sexuality. For example, one girl you need to help is simply fascinated with both fashion and make-up, but has no interest in boys. Due to her fascination, however, many have labelled her as nothing more than a slut. Another is autistic, and this is explored in-depth as you attempt to help her out, all the while helping Hinako herself understand that there’s more reason to live her life than simply ballet. 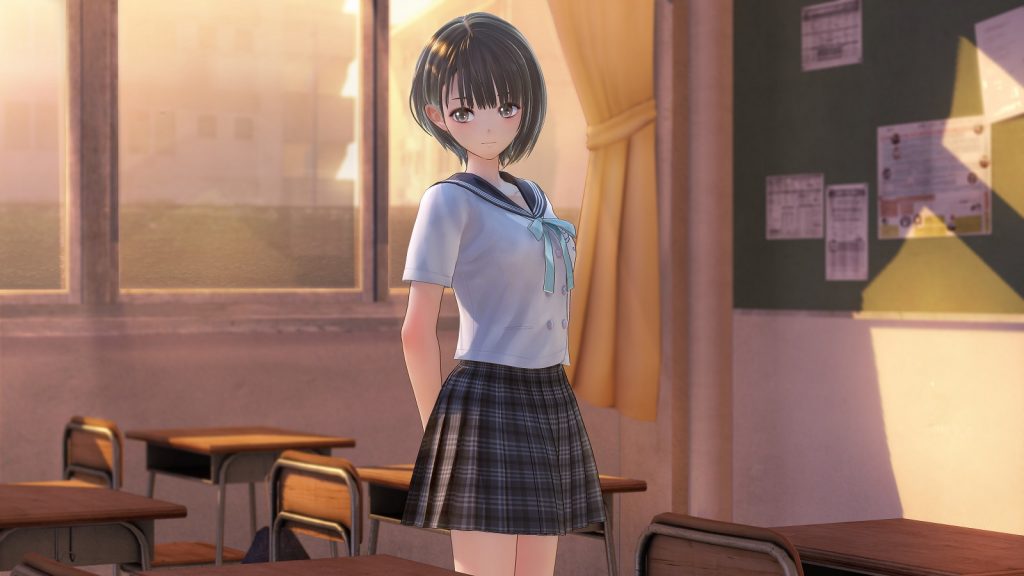 It should be noted that, even though you do adventure into a magical world to do battle with the Sephirot, the true fix to people’s problems in the game comes in the real world, not the Common. Instead, the magical world is merely a way to process and understand what, exactly, is causing the person to have the outburst. As such, to fix the problem, it is needed to be confronted head on.

This may all make Blue Reflection sound like a rather dark game, but it actually isn’t. Though it is tragic, it also places a heavy focus on both the joy of youth and friendship, especially as you build Hinako’s relationships with her friends via optional interactions.

Blue Reflection is mostly your typical JRPG, however, it does implement various ways to streamline things. For example, you actually don’t gain experience points, but rather stat points after key story moments and certain sidequests. These points are what you spend on one of four stats -attack, defense, special, and technic- which, in turn, increases all of your character’s stats, but also, depending on your group choice, allows you to unlock various skills. 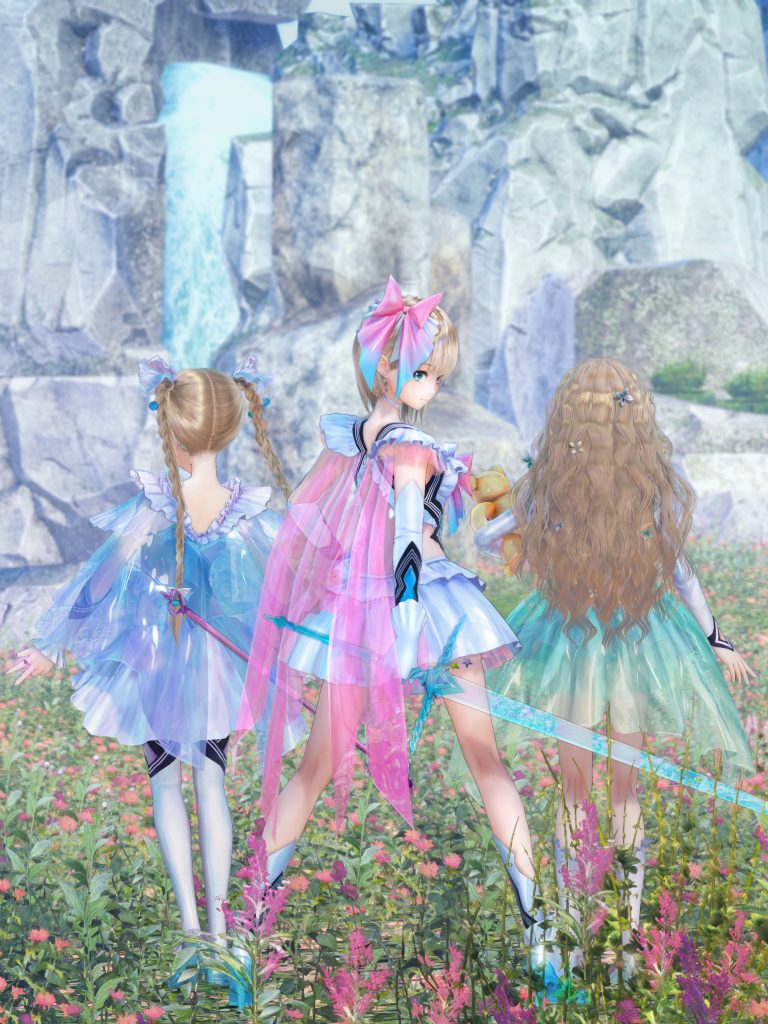 As you may expect, with the game lacking an experience system, you don’t actually need to grind at all. Some quests will ask you to defeat a certain amount of enemies, and the crafting system can encourage farming materials, but this is all optional and, even then, it typically doesn’t take long at all to obtain what is needed. You even have the option to skip on every single non-boss battle with rather little consequence, which, depending on your taste, can be a failure or can be appreciated, as it allows you to focus on what matters more to you in the end.

Your adventures into the Common can take quite a while as well… but only if you choose to take that time. Otherwise you can usually clear out the area in less than twenty minutes, which prevents it from feeling like you are being truly forced to do anything.

Blue Reflection’s art style is quite interesting, with the Common, for example, featuring both a majestic and an unsettling tone. The real world, on the other hand, are rather mundane, which you should expect from a slice-of-life title, but even here, the soft lighting can make it feel dreamlike. 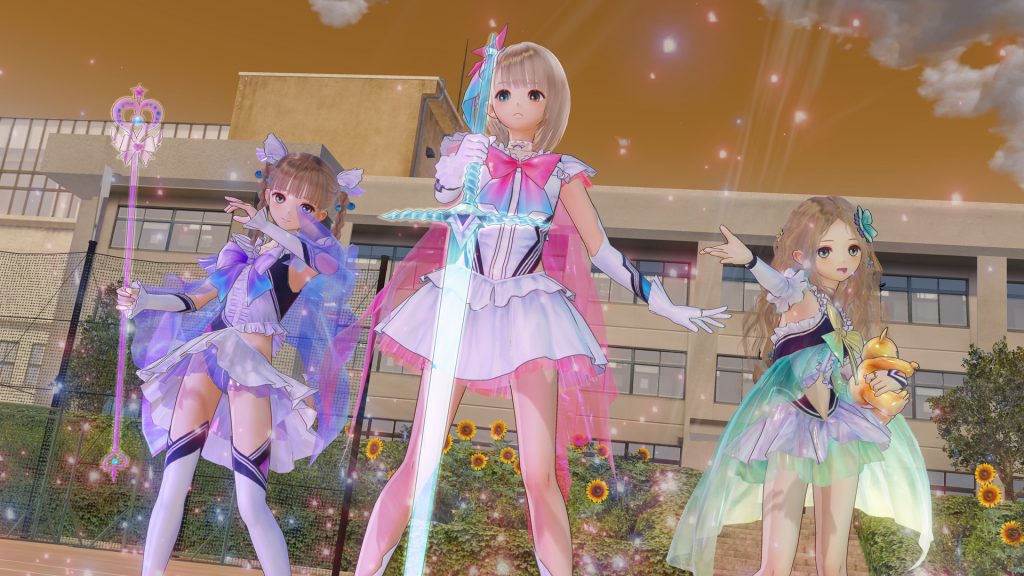 As one likely expects, the art direction truly shines in terms of character designs, as each is cute, but has their own unique design.

The soundtrack never feels off either, instead contributing to the sheer amount of beauty found within the game.

Blue Reflection isn’t a title for everybody, but the story itself is definitely one that most, I believe, can relate to, and thus enjoy as a whole. Though the gameplay isn’t anything super special, it is also interesting, and I can appreciate, that you can just focus on the story and boss battles without worrying too much about lost chances.