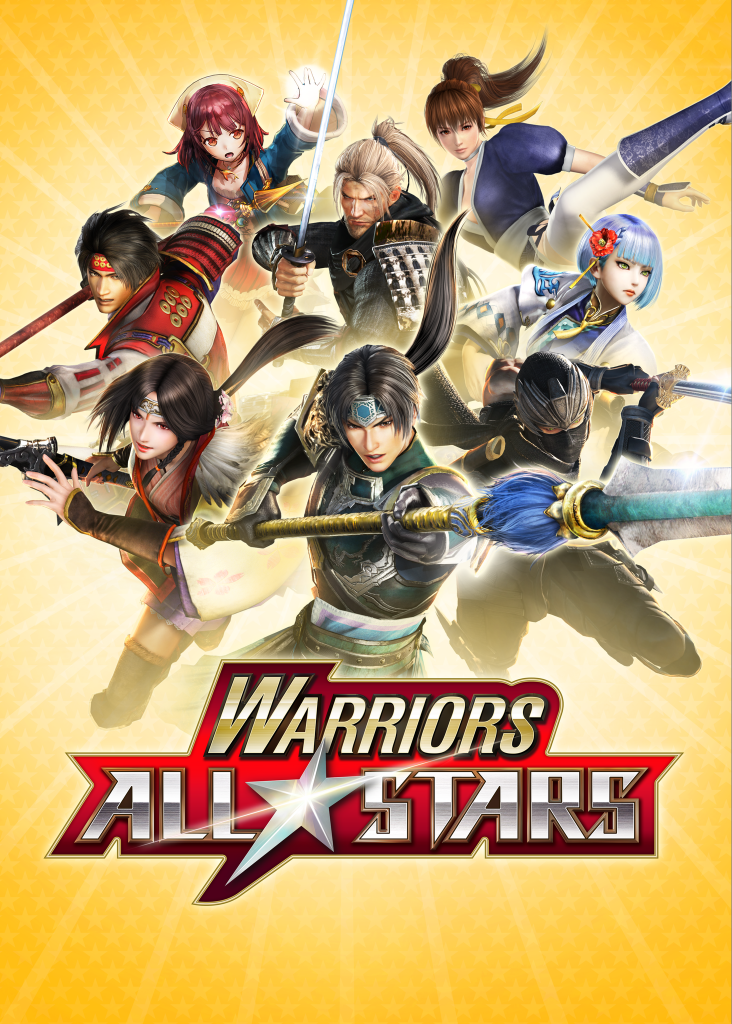 Having finally finished Warriors All-Stars, it’s time to determine how it compares. Will it simply be nothing more than a Koei Tecmo mashup, or will there be a decent game underneath?

The title begins as various heroes have been summoned into a world in order to help a noble take the throne. They soon find out that others have had the same idea, and have summoned heroes for the same purpose, and a war begins between the factions. The first opponent you face is none other than this noble’s brother, which, understandably, comes as quite a shock to her, as she never thought her brother would fight as fiercely as he did. 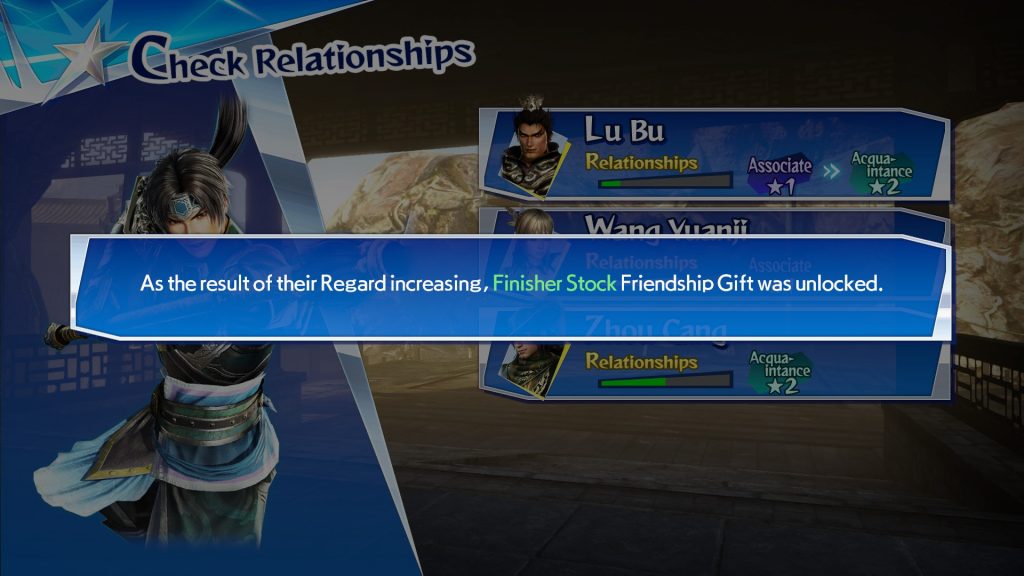 The battles tend to focus on a couple of different characters, which helps the story really show off their personalities. This is especially interesting for those characters who had previously only had a minimal, at best, backstory, such as Maria Rose (Dead or Alive 5), as well as a core role in a plot.

The first time I booted up the game and looked through the cast, I wasn’t sure who to pick, as all characters seemed interesting. There were popular characters, such as Sophie (Atelier Sophie) and William (Nioh), but there were also characters that I hadn’t seen in quite a while, such as Nobunyaga Oda. Honestly, despite having about 30 different characters to choose from, the roster feels somewhat small, perhaps due to the vastness of Koei’s titles. They do make up for this by the fact that each character tends to play and feel rather different, allowing for greater variety than in some other Warriors games. 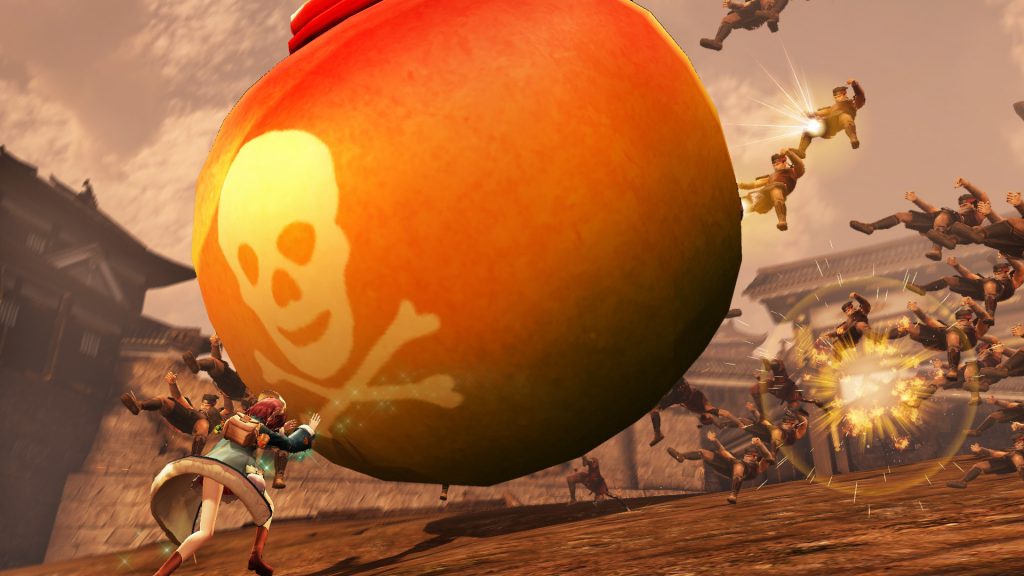 I decided to check out Sophie, having enjoyed her title quite a bit and honestly curious as to how she would hold up in a Warriors title, and dove in. You are thrust almost immediately into battle as everything is explained, and, as you would expect from a title in this vein, the basic enemies really feel like nothing more than a distraction. The real challenge comes from opposing heroes, many of which (at least when I was playing as the alchemist) gave quite a bit of trouble, but others of which felt weak in comparison to my hero.

As you progress through the battlefield, there are several bases that you will need to capture by taking down set amounts of grunts, then the commanders once they appear. Each one tends to have different effects, which honestly didn’t appear to help out too much (I reran a few missions without taking more bases than necessary to advance and didn’t notice any real leap in challenge when compared to when I took over everything possible), and felt more like simply  locations to take on the opposing heroes and bosses. 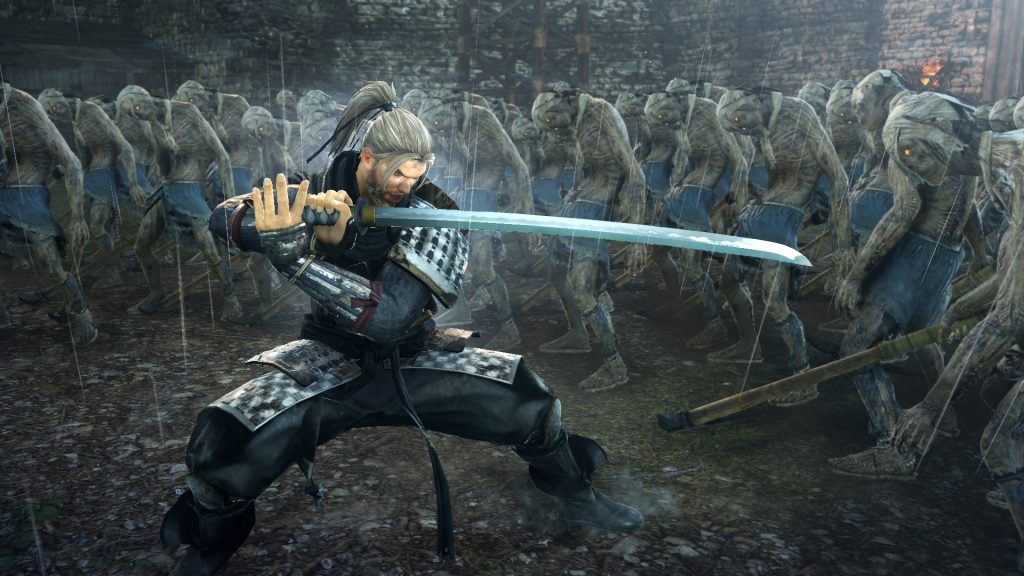 As you continue to fight, you are able to gain various cards, which are also rewarded at the end of each battle. These can be equipped to boost a variety of statistics and abilities for your characters, and while there are quite a few power-up options, there is only room on each for a few. This does open up strategy as you merge cards together to power up, which is again, something that has been seen in many other titles of the genre.

Also in battle, you can bring up to four allies. These allies can be called upon to help you perform super attacks and deadly combinations on your foes, and each character has his or her own version of support, making it interesting to find the perfect team.

The enemies themselves are also pulled from the same variety of titles as the heroes, so you will combat the punis, soldiers from Nights of Azure, and more. The same is true of the stages themselves, featuring scenery such as the beach from Dead or ALive and a castle from Nioh. 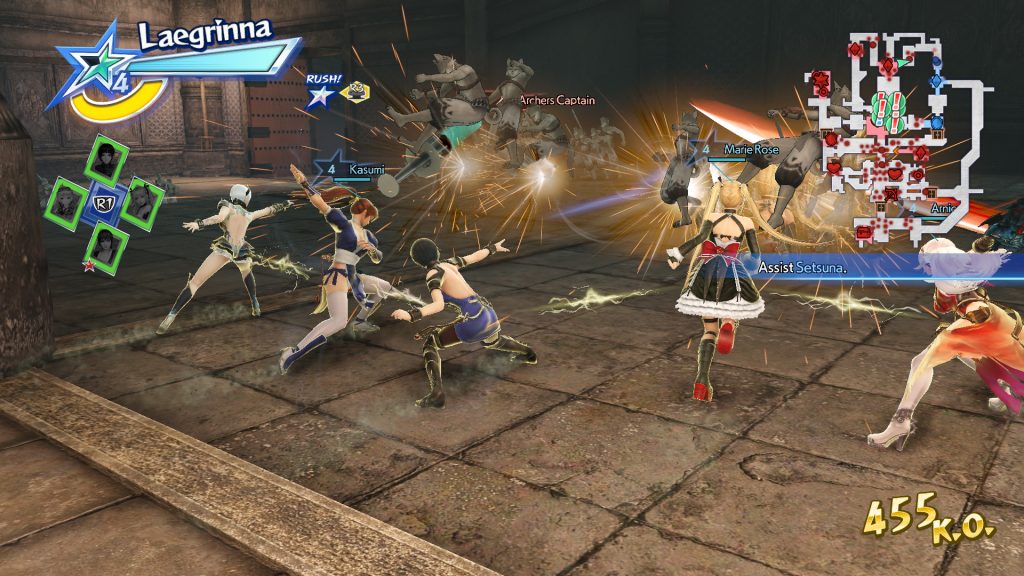 In the hub that you inhabit between missions, as Atelier fans likely expect, is the iconic barrel. For those unaware, characters in the series have a habit of saying “taru!”, or “barrel” when you interact with one. This habit expands across all characters in the title, and it can be interesting is seeing how each character says it differently. It’s rather silly… yet somehow addicting to see how the various characters will say it.

Both video and audio are similar to recent Warriors games, while also keeping aesthetic from the various titles the heroes themselves are from. It’s an interesting clash of styles, at times, but it never really felt off, somehow. 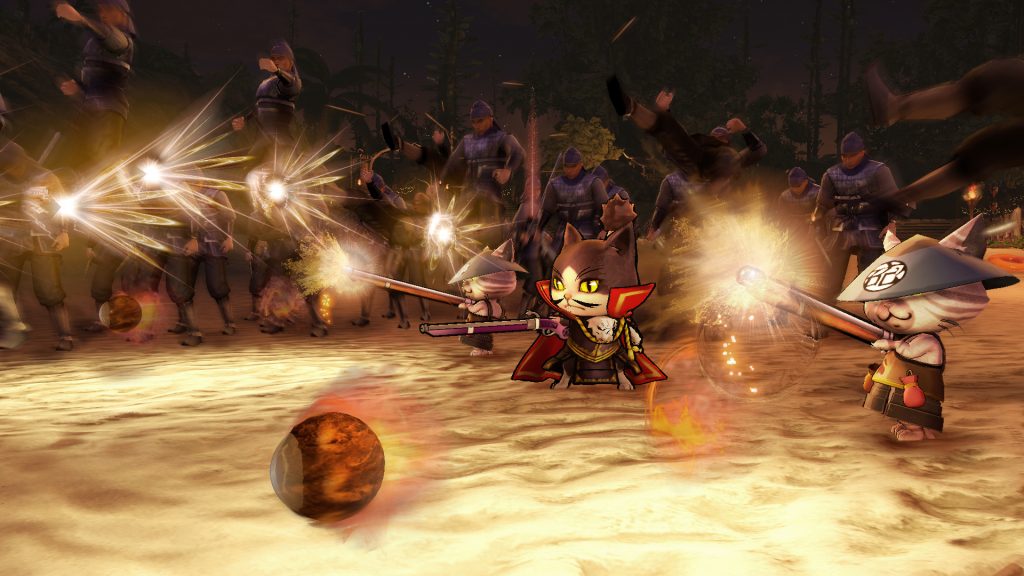 Honestly, Warriors All-Stars is really a love letter to fans of the various franchises produced by Koei Tecmo and doesn’t even attempt to pretend to be anything more. If you’re not a fan or simply don’t know many of the characters from the various franchises, you probably won’t care as much about the characters and stages, but die-hard fans should find plenty to appeal to them, and I, for one, hope they create a sequel with an even deeper roster.