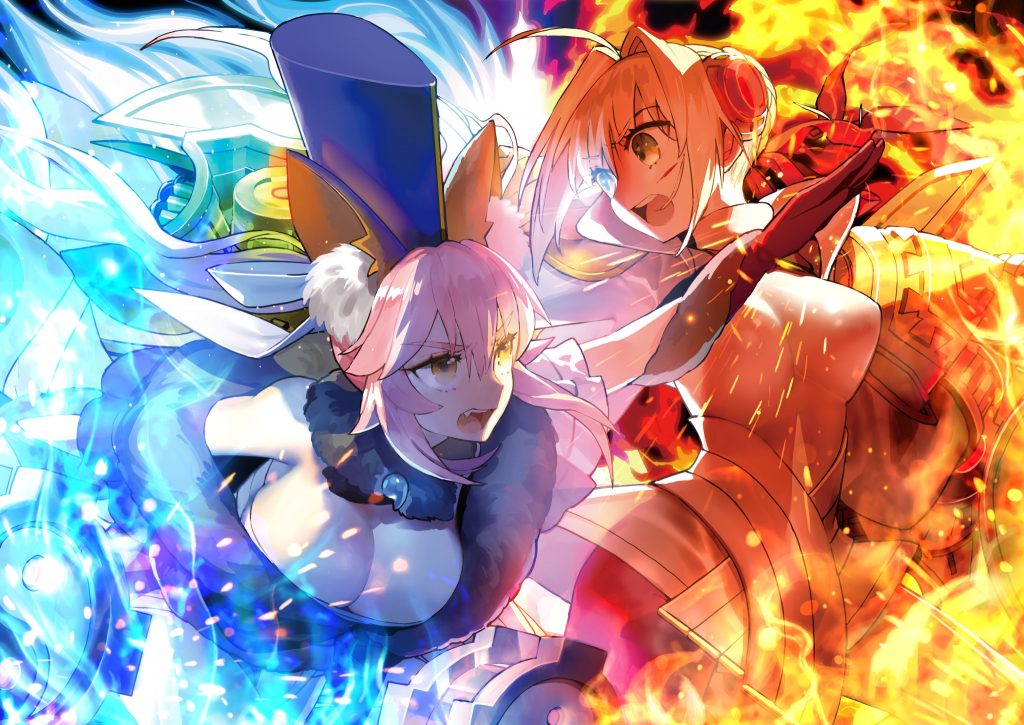 Having fought my way through the aftermath of the Holy Grail War, it’s time to see if XSEED’s sequel to Fate/Extra lives up to expectations. How will the latest title in the series hold up?

As noted, Fate/Extella’s story occurs after the events of the Holy Grail War, which was successfully won by Nero and her master, you. They have been granted the power of the Regalia ring and thus have gained dominance over the empire and their former enemy servants.

As the game begins, you awaken from your slumber with amnesia. Luckily, Nero is around and quickly brings you up to speed on what happened. That said, the game is rather unapologetic to those who may not understand the characters and their personalities, although quite a bit of work and love was obviously put into each character’s mannerisms. 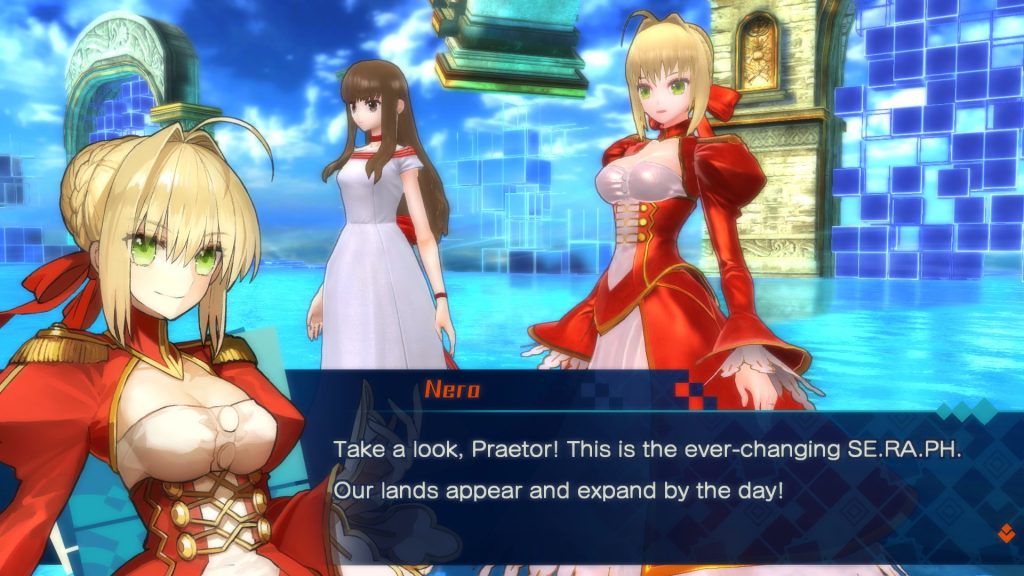 The game is broken up into various missions, prior to which you enter Nero’s room to speak with her, thus further strengthening your bond, as well as customize her various abilities and skills. There are a variety of upgrades to be found during missions that can add buffs such as strength and defense.

Before beginning each mission, you can choose your difficulty. The game does suggest a difficulty for each mission, although if you’re like me you’ll continually dive into the hardest one. This does provide a challenge, especially during several boss battles, so you will need to continually keep an eye on your health if you hope to survive. 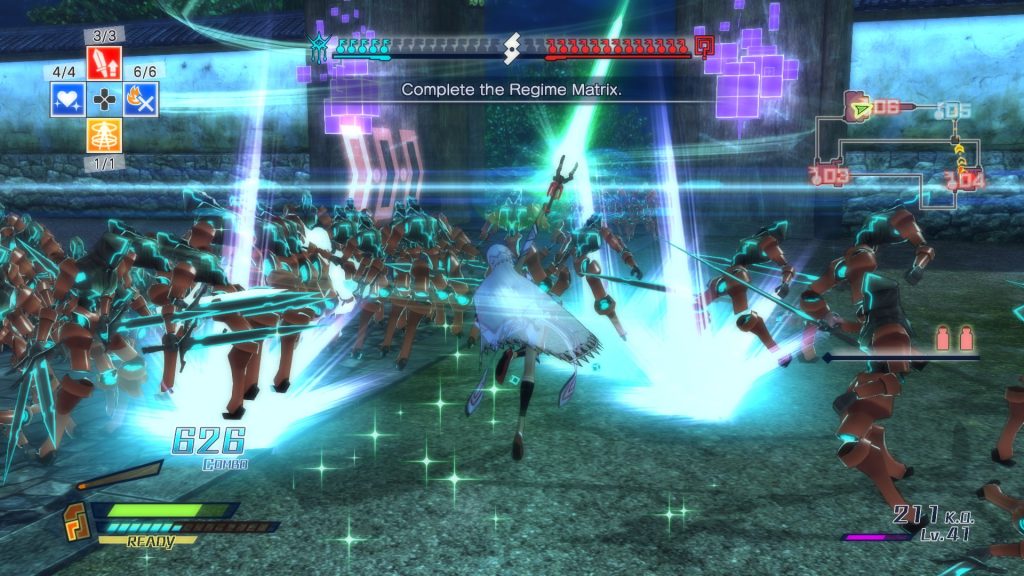 The missions themselves are similar to the Warriors series, as you need to defend certain areas on the map and move along various sections to take  down more powerful foes known as “Aggressors”. Enemies do spawn in enormous groups around you, but honestly, they rarely felt threatening until the more powerful aggressors appeared.

Unfortunately, the enemy variety feels rather limited, but the game still manages to keep the action consistent thanks to a few changes. For starters, you can actually warp between areas, teleporting into a group of foes and immediately engaging them. Secondly, some enemies can spawn aggressors, which can make you rethink simply charging into certain sections.

It can, as one likely expects from other titles in the same genre, be somewhat difficult to read dialog scenes during missions, as you try to keep up with your health, all your foes, and it all at once. 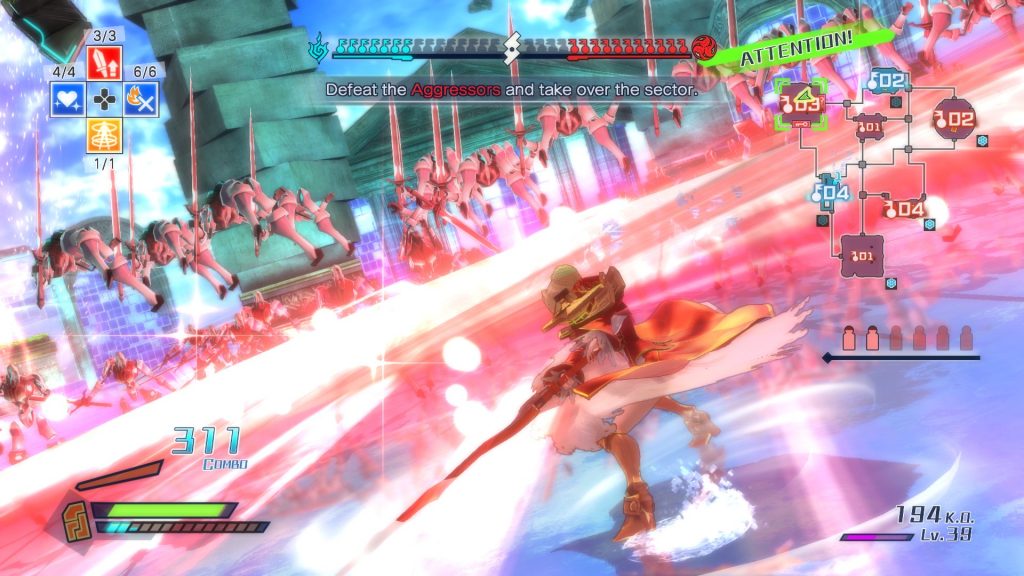 The battle system itself is quite responsive as you utilize a combination of buttons to execute your various attacks. These combinations become more and more complex as your servant’s level increases. Add in a dash action and the ability to utilize special attacks, and your servant truly feels like a force to be reckoned with. And this is before transforming into a more powerful form temporarily.

The campaign features more story scenes than mission time on average, although it does also feel rather short, taking around five or so hours to finish. For those craving more, however, there are several other modes that you can unlock, including both side missions and free play, which lets you play as the servant of your choice. In addition, upon completing the main campaign, you actually also unlock other servant campaigns, with each taking roughly the same amount of time to finish and contributing to the title’s full story.

The graphics and audio both feel like they fit the series quite well.

If you’re a fan of the series, Fate/Extella: The Umbral Star doesn’t disappoint, and offers up quite a gripping story. Those new to the series may miss out on some things, as many terms can be hard to grasp for new players. With responsive controls and quite a bit of action, the game should be an enjoyable entry for those looking for more fun in the Fate universe.