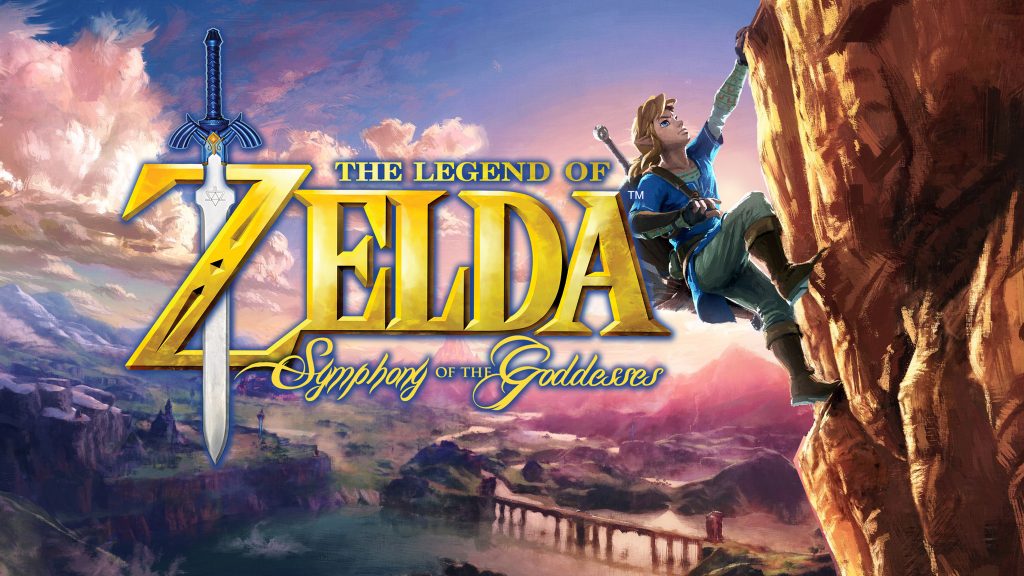 Video game concerts are growing in frequency, bringing game music to real life. One of Nintendo’s premier franchises gets the symphonic treatment tomorrow in Portland, Oregon with The Legend of Zelda: Symphony of the Goddesses. Matching a full orchestra with videos of various Zelda games, the concert blends old and new media for the audience.

The Portland performance of Symphony of the Goddesses brings together a 80-piece symphony and a 24-piece orchestra. Playing at the Keller Auditorium, attendees watch collages from classic games while listening to compositions by Nintendo’s Koji Kondo. Though music from classic games like the original game and A Link to the Past will surely be involved, there’ll also be pieces from more recent games like Skyward Sword and Breath of the Wild.

Video game concerts blend digital games and physical space together in interesting, powerful ways. I wrote a few months back about the Kingdom Hearts orchestral concert I attended in New York, and even without a deep knowledge of the series I still enjoyed the presentation. By creating narratives in the video collages played during the music, even people unfamiliar with the game can still share in some of the memories with other fans.

Still, the center stage of the performance is the music and the performers themselves. There’s a tactile experience in live performance that doesn’t match recordings, and experiencing music with a crowd of other fans carries its own energy. There’d be something to recommend even in just attending an orchestra concert of any kind, but there’s a special potential when it comes to blending one of our newest, most dynamic art forms with one of our most classic. If other performances are any measure, Zelda: Symphony of the Goddess won’t disappoint.

The Legend of Zelda: Symphony of the Goddesses starts tomorrow, September 23rd, at 8p PDT. More information and tickets are available for the show at the Portland’5 website.