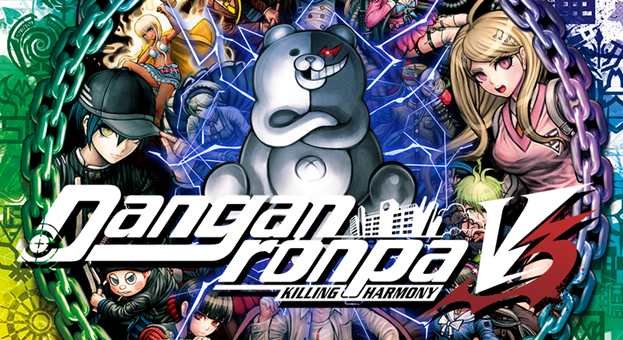 We’ve been granted the chance to check out the latest title in the popular Danganronpa franchise, Danganronpa V3: Killing Harmony. How will the latest killing game play out?

The title, as you should expect, takes place with 16 high school students suddenly waking up in a strange school that has been fortified in order to keep anybody from getting in or out. These students each have an ultimate title, such as the Ultimate Pianist, which is your main protagonist, or the Ultimate Maid. 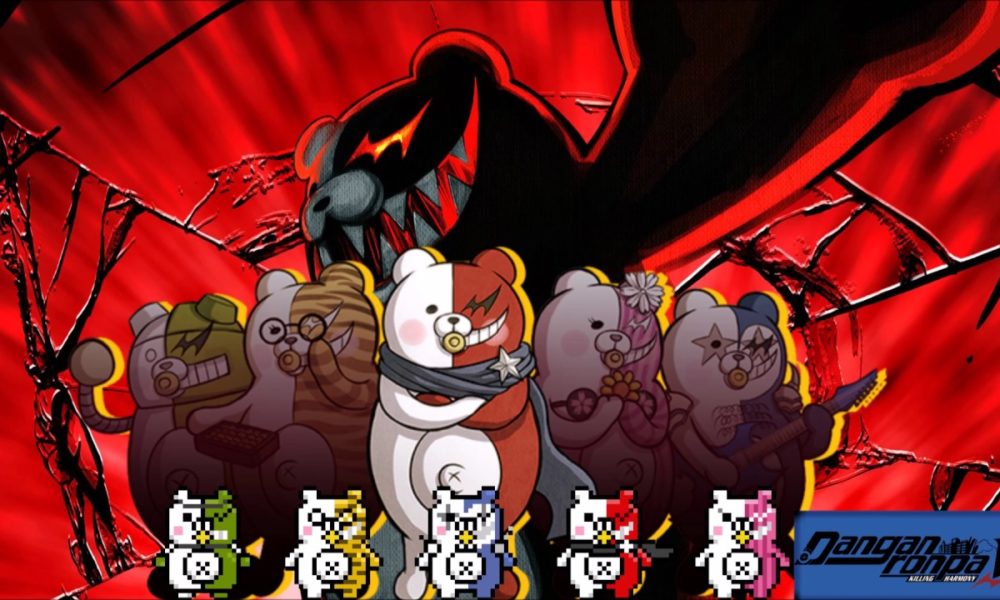 They are soon confronted by the Monokubs, the kids of series mascot Monokuma, and the big bear himself. They proceed to explain that the students are in the Ultimate Academy for Gifted Juveniles, as well as the rules of the killing game, and the game officially gets underway. You can expect quite a few references from several cultures, such as the aforementioned Ultimate Maid, and references about fake news and alternate facts.

As you may expect from experience in real life, people are quite willing to lie in order to prove a point, and this even ties into the actual gameplay, as other students don’t always want to hear the truth behind the various cases you will take on.

As with other titles in the series, the gameplay itself is split between exploring the campus, investigating any murders that occur, and holding class trials in order to get to the truth. As the Ultimate Pianist, Kaede Akamatsu, you are joined by a hodgepodge group of students with quite an array of different personalities (and of course, talents), some of which can be quite grotesque.

During the class trials, your classmates are rather combative, screaming vulgarities at each other. As you likely expect, the trials themselves play out quite similarly to past games, featuring the Non-Stop Debates, improved Hangman’s Gambits, Rebuttal Showdowns, and a new version of the Bullet Time Battle, the Theory Armaments. Add in the aforementioned ability to lie, which can be quite essential to getting your fellows on your side before unveiling the ultimate truth, and you already have quite a few tools at your disposal to convince your sometimes unwilling classmates of the truth. 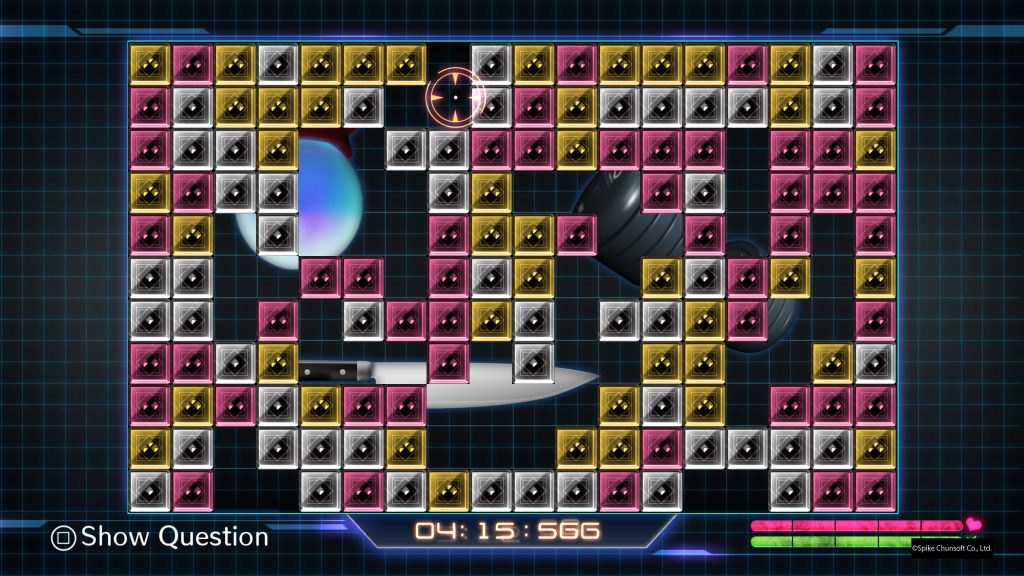 Of course, even these tools are not enough, which is where some new features come in. These include the Debate Scrum, which is an exercise dividing the students in half to argue their points, a spin on the classic Minesweeper called Mind Mine, an Outrun-styled game known as Psyche Taxi, and Mass Panic Debates, which are similar to the aforementioned Non-Stop Debates, but feature three arguing with each other at once rather than just one. 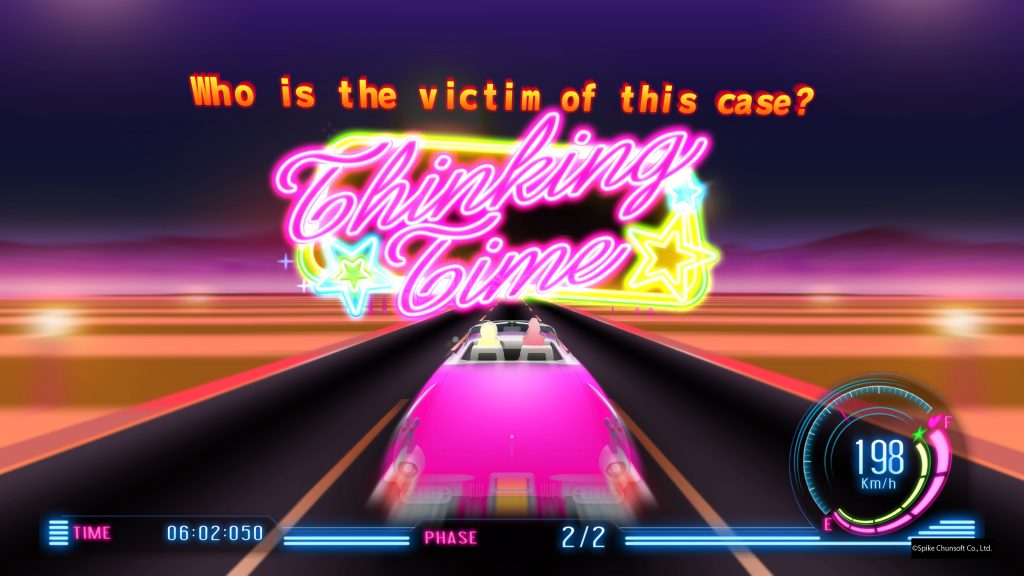 As you should expect from the kids of Monokuma, the debates are also kept lively by the five Monokubs. These five kids also have a storyline of their own, which can be quite fascinating, but I won’t spoil it here. 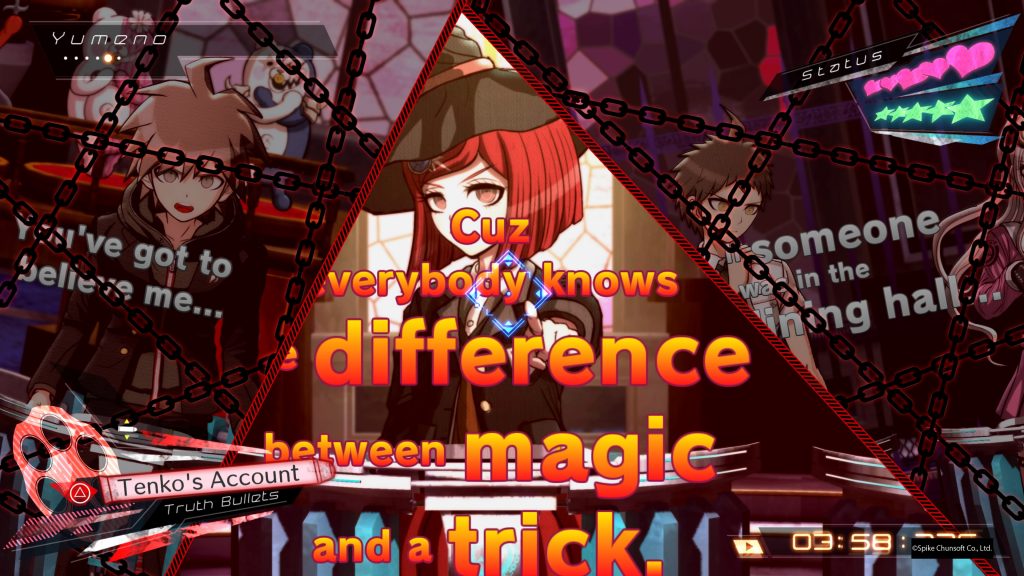 The title looks quite nice, with beautifully drawn art and great voice acting. This voice work helps bring a great story to life, and yes, the comment on “Great voice acting” does indeed apply to the English voice work provided. The voice of Himiko Yumeno, for example, shows real growth even as her character develops, while some others can sound quite unhinged.

If you’ve enjoyed Zero Escape or any of the prior Danganronpa titles, you really should pick up this title. It spins a story that is quite interesting, even if it can drag a bit in the middle, and many of its flaws are made up for in the sheer fun of the gameplay and storyline. If you have not yet tried out one of these titles, you can start with Killing Harmony, although you may not be sure who Monokuma and his kids are at first.