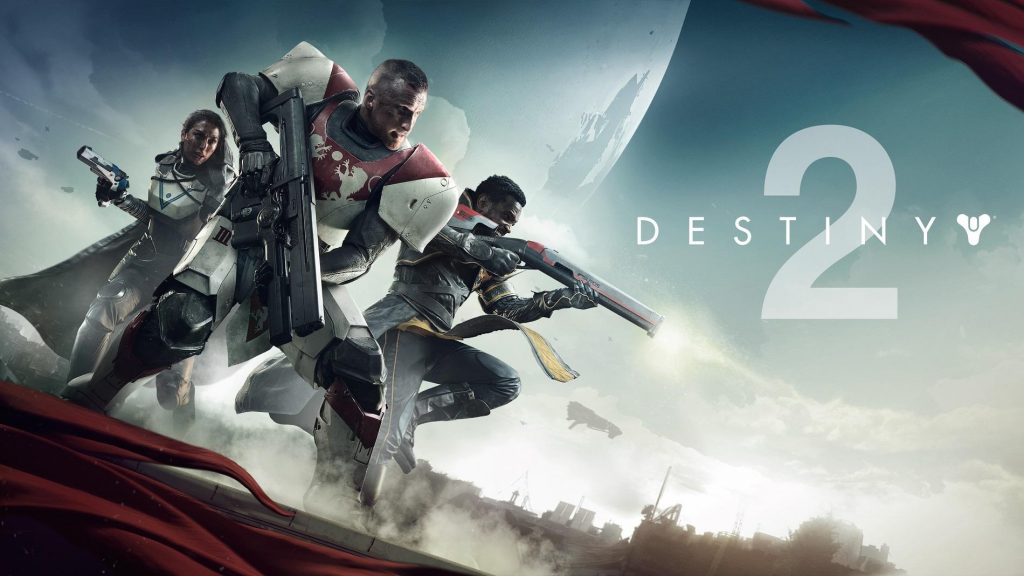 Nothing beats a well-tailored story, nothing! This is one of the toughest lessons Bungie had to learn with the first Destiny game. Fortunately, after almost two years and after being very receptive to what the community had to say, the developer managed to fix most of the game’s major flaws.

Shaping a game’s world from scratch is not an easy task, not even for a studio with years of prior experience. While not perfect, Destiny 2’s world is a hell of a lot more enjoyable than its predecessor. The series finally introduces the player in its universe, giving you a reason to care about the Guardians and their fate.

Everything is at risk in Destiny 2, as the Cabal manages to occupy the last save heaven, forcefully taking the light and yielding the Guardians powerless. With mortality now again on the table, everyone has fled to the new in-game hub called the Farm, running away from the Cabal.

The game introduces Dominus Ghaul, an antagonist finally worth mentioning, who not only poses a big threat to the existence of Guardians but also portrays one of the most interesting villains motivated by a huge inferiority complex. The question that troubles him deeply is why the Traveler has chosen to give such an incredible power (the Light) to humans, whom clearly are inferior to him and its peers. 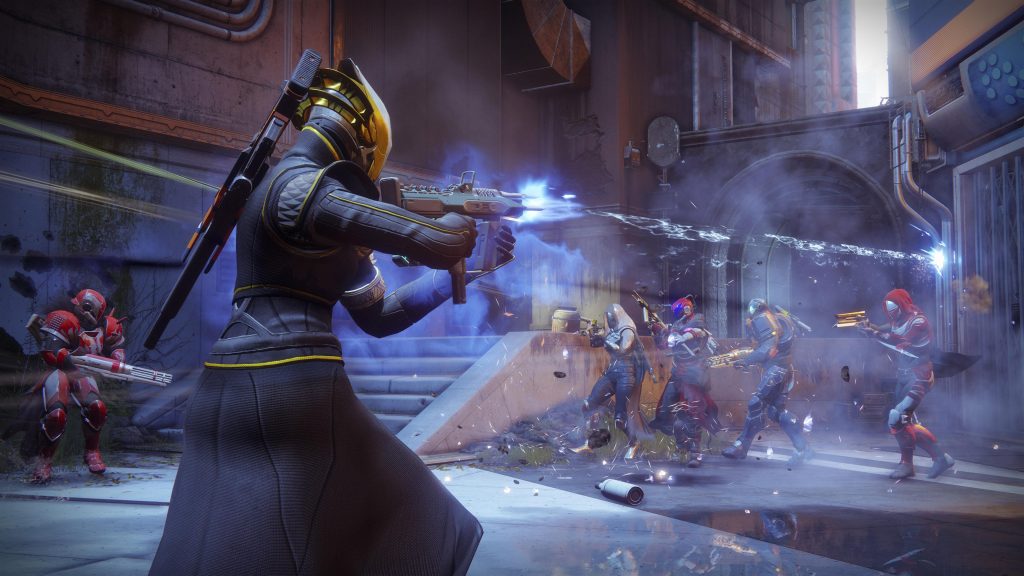 It’s a pleasure to listen to the conversations between him and his antagonist, The Consul, a disgraced scholar and aristocrat who also doubles as a mentor. His quest is not only that of capturing and using the Light, but also convincing the Traveler that he is more entitled to have the Light’s enormous power than anyone else. It’s not easy as you’d think to be the bad guy, huh?

I won’t dive too deep into the story since I think it’s best to experience it yourself. Don’t get me wrong, Destiny 2’s story is not mind-blowing, but it’s engaging enough and it gives the player a purpose. And compared to the first Destiny, it actually exists!

It’s your job to find a way to stop Ghaul and to restore the peace in the world. Will it be easy? Yes… kinda. Is it boring? Hell no! Compared to the first game, the road towards the endgame content is interesting and full of enjoyable experiences. Lots of new activities have been introduced, one of the most notable ones being the world public events. It’s not that they’re completely new, but they finally make sense.

Accompanied by an in-game map, the public events are now faster to track and to jump in. The gameplay is diversified and the loot is rewarding enough not to feel that you’re doing the same boring job over and over again. Adventures are now the game’s side-quests, offering a few more details about its main plot. The classic patrols and other such activities are still present in the game, a bit more polished than before.

Even if you’re not a huge fan of side quests, you will be required to complete a few of them as the storyline is sometimes locked behind a level wall that cannot be reached without them. It’s a really clever way of introducing players to everything the game has to offer, and in the end, they might actually be thankful for it, like I was. 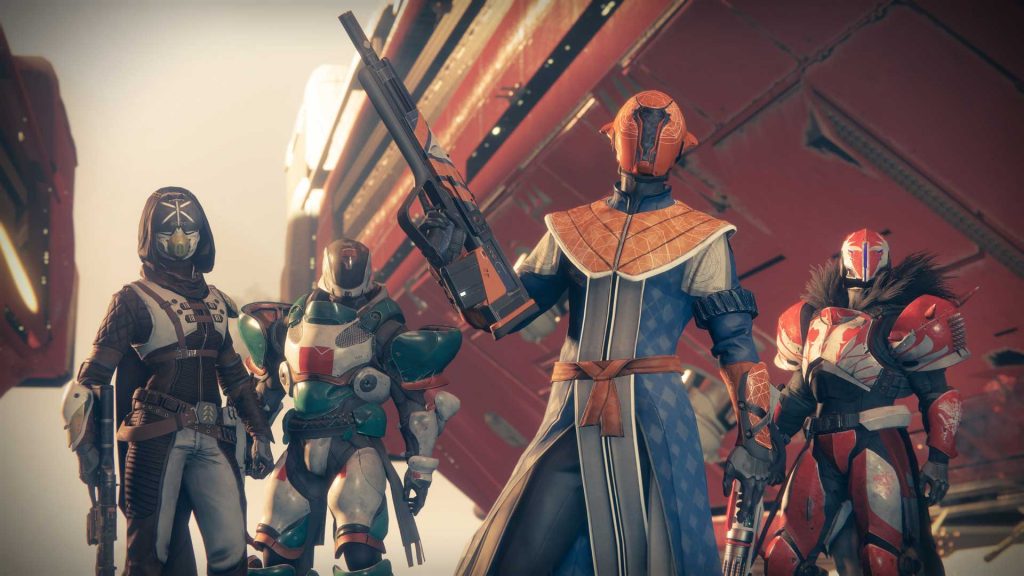 The world is now far more immersive and diversified, mixing the old factory industrial design we previously saw in the series with beautiful forests and even oceans. It’s not only very refreshing but also makes traveling far more interesting as you won’t be feeling like you saw the same thing twice. Exploring is now more than ever encouraged, and somehow forced by the removal of the Sparrow, the in-game trusty vehicle. Don’t panic, it’s not completely taken out from the game, but just way more harder to obtain. You can either receive it at the end of the campaign or if you’re lucky enough you could get it via a loot drop throughout the game. The latter hasn’t happened to me, so I’m unsure regarding its drop rate, but I rarely saw someone else under level 20 having one.

While most activities can be completed alone, the most challenging ones like the regular/ Nightfall strikes and the post-game raid have to be completed in teams. The Leviathan raid requires more than just cooperation, as it puts the players in front of puzzles in a maze-like interior, shifting the focus from unlimited waves of enemies to actual problem-solving. It will take a while for everyone to figure out their roles and to focus on the task at hand, making it both frustrating and awesome at the same time. Even if it’s not your first run through it, it will take several hours for you to finish it and get the long-awaited loot… just imagine what its difficulty will do to a beginner.

Everyone’s thinking about loot in Destiny 2, and don’t worry, there’s plenty of it. We’ve seen numerous new and exciting weapons and cool looking armors. Apart from the shaders fiasco, which transforms them into limited use items, the game’s a blast for loot consoeurs.
Destiny is not all about cooperation and sharing your loot with your friends, it’s also about crushing them in 4v4 multiplayer modes. The game currently has six multiplayer modes and twelve maps, each one with its unique traits. With this many possibilities, you won’t get bored easily unless you are very unlucky. Unlucky at what… killing? No, at matchmaking! Sadly, the game doesn’t allow players to select whatever mode or map they want, it’s just random. You can select between competitive or regular multiplayer and that’s it, good luck finding something you like. 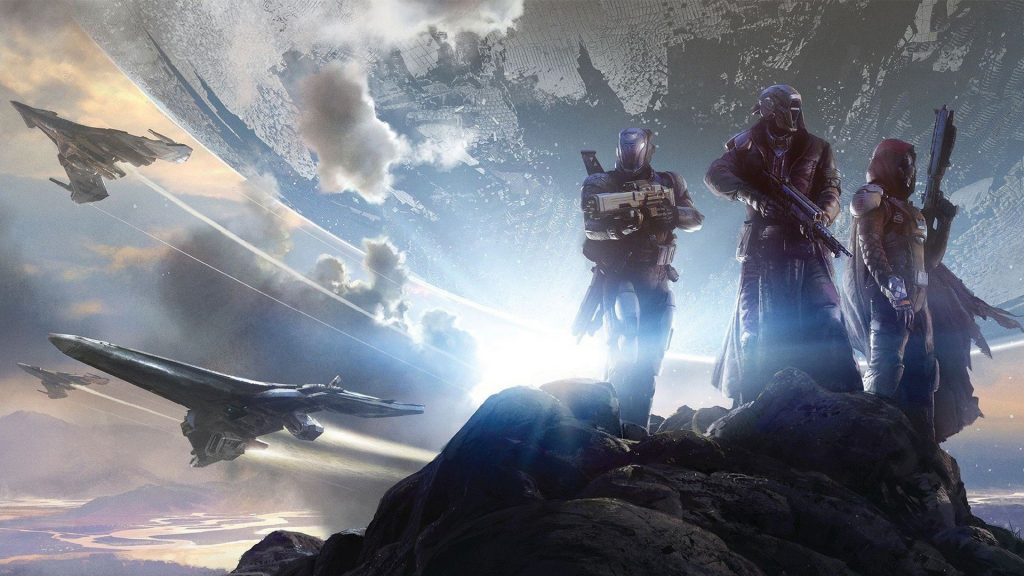 This system could be very annoying at times, especially if you have a certain mode and map in mind that you’d like to play. The only positive thing about it is that everyone is queuing in the same place and matches are found pretty fast. This might be my main gripe with the game, apart from the unclimactic end of the campaign. Is it enough to stop me from playing it? No, but I would have liked for Bungie to offer us a few more options.

The multiplayer feels a lot more balanced, being less arcade-ish and a bit more focused on teamwork. It can seem hard at times, especially when you have to control three zones at the same time with a team of just four players. That’s two players less than in the original game. It’s still enjoyable for solo players, but I rather have a team of friends I can rely on with me.

You will certainly be spending countless hours jumping from multiplayer PVP to the team-based PVE activities. It’s fun doing it, it’s refreshing and it hardly feels old. Destiny 2 seems to have it all, a good singleplayer campaign, a balanced and fun multiplayer and a strong community behind it. The insane amount of content will surely keep you busy for a couple of weeks if not months, especially since Bungie will more than likely release further expansions and DLCs. The series has come a long way from its first game, polishing and perfecting most negative aspects. Is it perfect? Of course not, but it’s a great experience you should have.