This past weekend, Bandai Namco held their closed beta test for their popular fighting game, Dragon Ball FighterZ. It wasn’t easy to get a code to participate, but we at GotGame were lucky enough to obtain one to give the new characters a test drive. Since the test was only at certain times, I was only able to play during the first two sessions, but it gave me the chance to play as all the new characters that weren’t in my E3 preview for the game. Unfortunately, due to an error on my stream, I don’t have any footage or screenshots from my build, but I still have plenty of details to share. 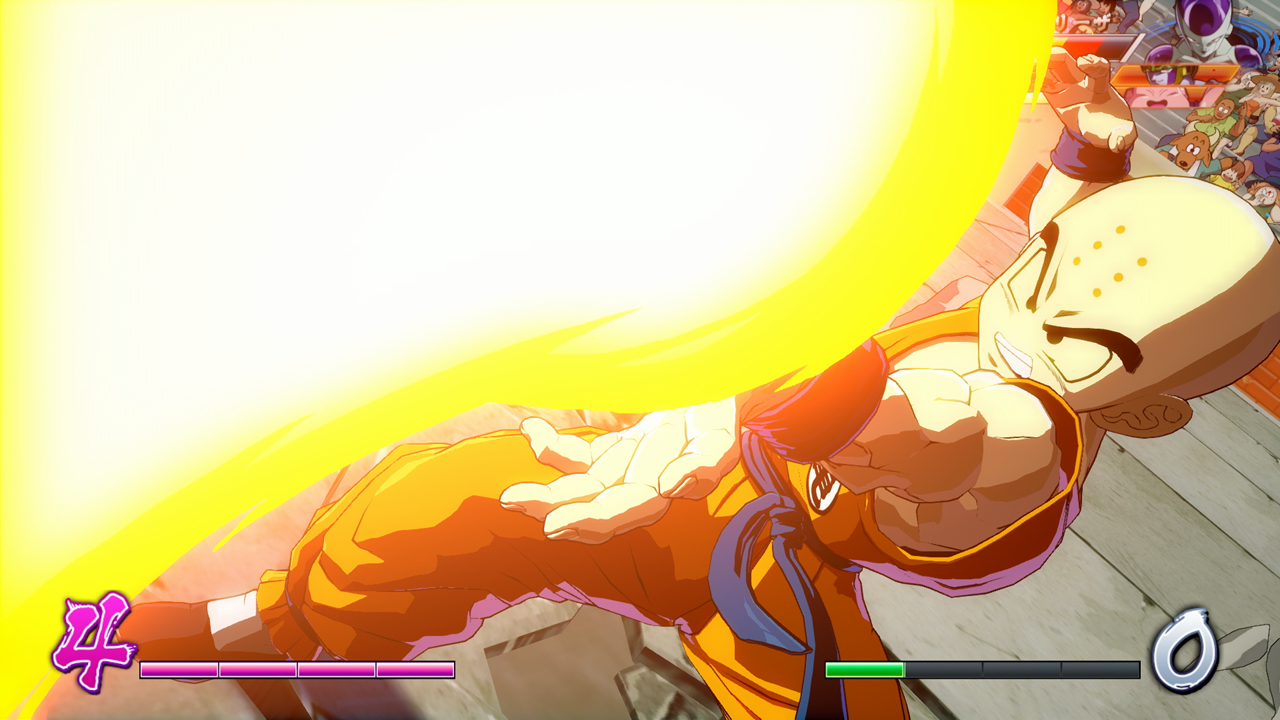 Since E3, there have been quite a few additions to the game, and the team at Arc System Works isn’t done yet. Both Android 18 (joined by Android 17) and Android 16 were added to the game, as well as Future Trunks, Piccolo, and Krillin. While the roster is still in development, it was good to see just how much variety the characters offer. No one character feels exactly the same, despite the moves being performed with the same inputs for the most part. Android 16 has a lot of command grabs (including one that “shouldn’t be used”), Krillin has a lot of tricky curved energy blasts, and Piccolo has a great move to get him on the other side of his opponent. It’s pretty amazing how unique each character truly is.

What really caught me off guard during this beta was the way the lobby system works. As players join one of many lobbies holding up to 64 players, they appear in an adorable chibi style and run around a small hub. Players can pick whatever character they want to represent them, and they can even use little character emotes to stand out among the crowd. I must admit, the beta test didn’t load fully for me when I first started, so I was pretty lost. The NPC that players had to talk to to get into an arena battle hadn’t appeared for me for about ten minutes, making it so I just stood in the lobby confused on what to do. The lobby didn’t have much else to do besides watch replays or watch other players run around, but once the NPC appeared, I got my chance to really play. 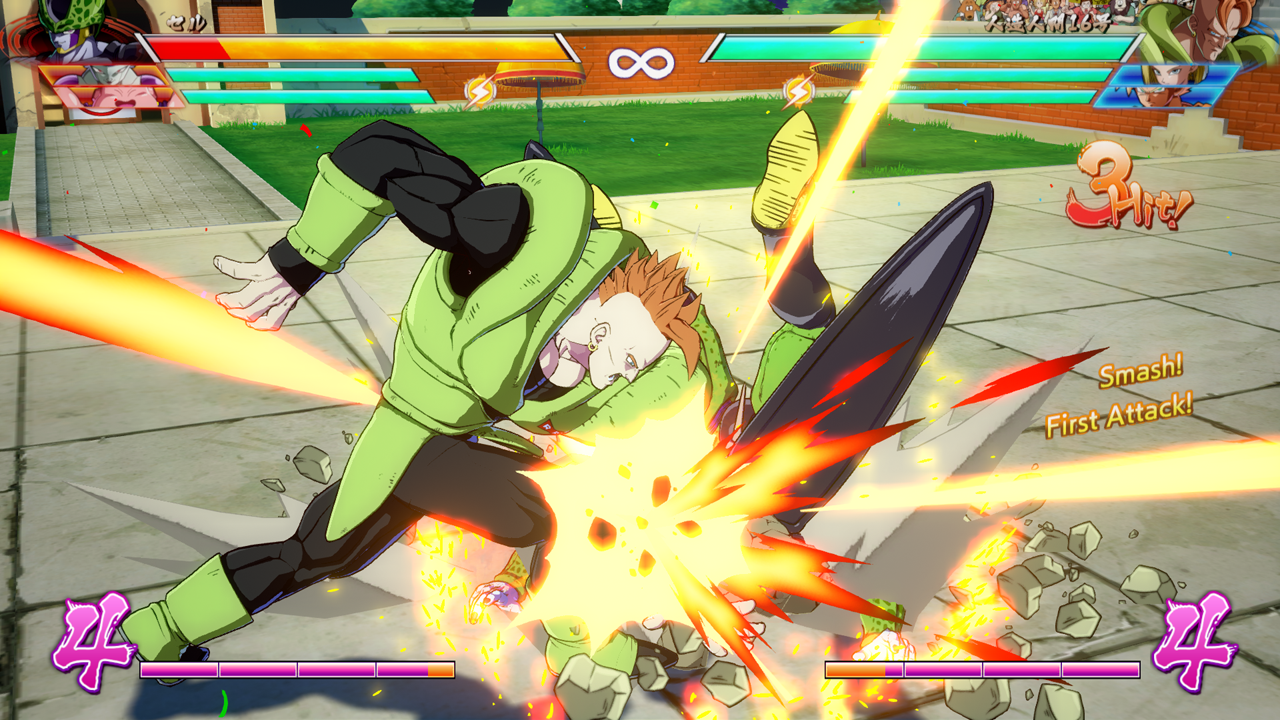 To get started, players have to customize their team, picking three characters, a favorite stage, and a music selection. Once these components are in place, the game can properly pair players up with each other to get a battle started. When a pairing is made, players can see the signal strength of the opposing player and choose to fight or not. In the match itself, the game does a good job of reducing lag, even alerting players to the frame delay in the match to help them compensate. Even in matches with players with a low signal, I experienced very little lag, the frame rate even maintaining 60 fps for the majority of my battles.

After experimenting with a lot of the characters, I was sort of torn on who to use. While not a new addition to the roster, I really enjoyed using Majin Buu, performing his “Mount Dive” attack and really pummeling opponents. Krillin also made it onto my team very often, as his energy volleys made for effective ways to close the gap between my opponent with very little risk. Krillin has the ability to throw Senzu beans as an assist as well, though more often than not, my opponent ended up getting to it before I did. His Destructo Disc and Kamehameha waves also made him very valuable to the team, not to mention his goofy personality was welcome. 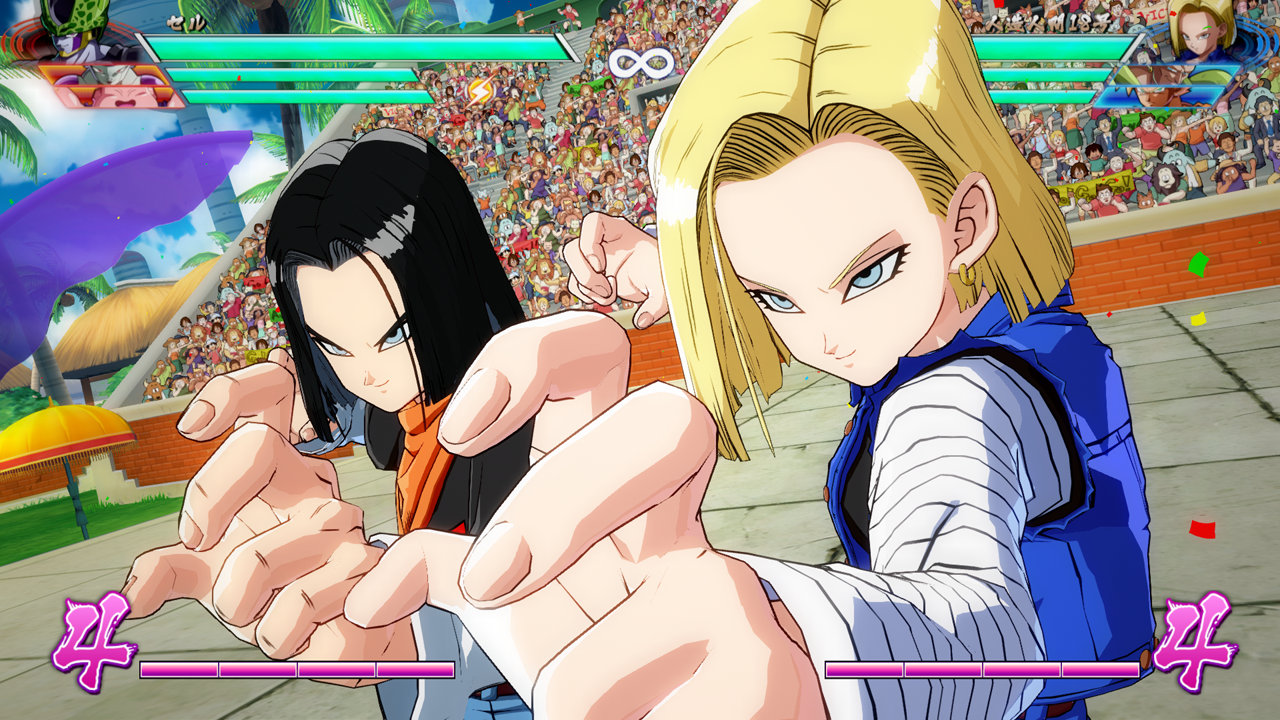 Android 18 was another staple I really enjoyed, as she was a very capable fighter with a tricky super attack. Her Energy Wave allows her to teleport right above her opponent, and she shoots straight down in a pretty swift strike. While it’s a blockable attack and it doesn’t do a ton of damage, it can really help to punish opponents when they make a move that leaves them wide open for an attack. Bringing in Android 17 for assists seemed interesting at first, but once I got the hang of it, I was able to use him to start off some interesting combo attacks. Android 18 being the only female fighter in the beta made her a nice change too, though the new female fighter, Android 21, will be joining the battle soon.

Android 16 was a lot of fun to use, especially when I would catch opponents with his level three super where he grabs an opponent and self-destructs. While he can kill a character in one move, he survives the explosion and can even be switched out to recover. Even without the powerful move, his command grabs are a force to be reckoned with. It definitely helped against blocking opponents, and there were some really interesting combos that could end with one of these powerful grabs. His Hell Flash attack has two levels, one that uses one bar of meter as well as a level three version. Both are powerful attacks but they’re very limited in range, which makes sense for what is essentially a grappler style character. 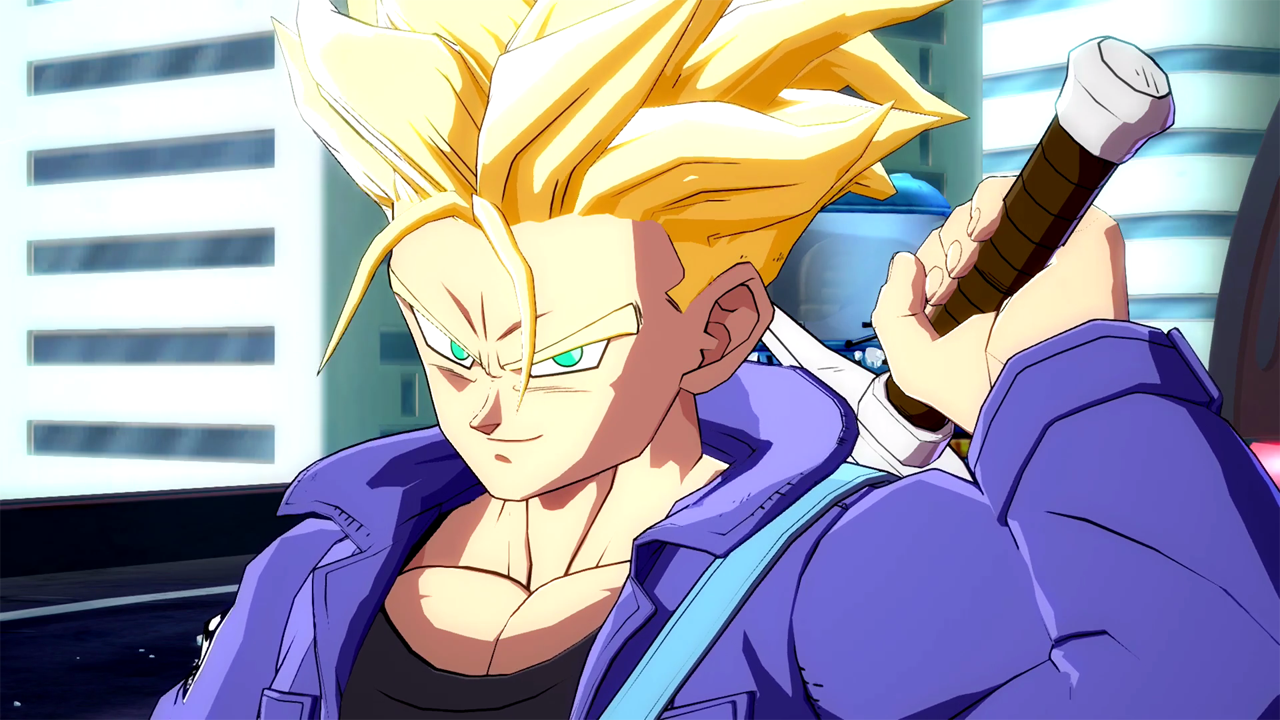 Playing with Trunks felt rather interesting, as his sword style attacks made him feel similar to Robin in Injustice 2. He could slash his way through an opponent and blast them, and even use the sword strikes to start a good rushdown combo. His Masenko is fast and helps to keep a good distance from the opponent, as does his quick but powerful Burning Attack. His level three super, Heat Dome, starts as a close range grab, which makes him less viable in some situations, but he’s still a fun character to play. He feels a little limited right now, but maybe with time, he can prove to be a very good character.

Among the new characters, Piccolo was probably the most unique, as his super attacks, projectiles, and stretching arm grab added a bit of variety. Being able to move behind opponents with his Demon Elbow and surprise them with throws was interesting for special setups. His Homing Energy Blast moves very slow, so players can use it to approach opponents form behind the projectile, or even apply more pressure by creating multiple blasts. One of Piccolo’s signature super attacks, Hellzone Grenade, sets up a lot of small projectiles that will home in on the opponent, which is great for extending combos. Light Grenade isn’t super extravagant for a level three super, but it’s quick and pretty decent with the damage. Special Beam Cannon is probably the most interesting, as Piccolo can charge the attack and teleport while charging it, allowing for more options to trick up opponents. Overall, Piccolo is a trickier character, much like Majin Buu, but with time and experimenting, he will likely be a key character in the mix.

It would’ve been nice improvement for Namco Bandai to include a real versus CPU option in the beta. There were trial battles when their servers were getting ready, but given that players couldn’t pick their team (as far as I could tell) or pause, it left a little to be desired. It would’ve been nice to have a way to just look up the character moves, or even a tutorial in the beta just to help beginners. Luckily character sheets were available on various social media from the publisher, but it would’ve been nice to have an opportunity to practice against a computer opponent just to get a better feel for the characters and the combat. Hopefully this will be added when the game has an open beta, especially given the added amount of new players that will be able to join in.

Overall, the closed beta for Dragon Ball FighterZ was a lot of fun. It was nice to see that Namco Bandai actually used it to test their servers with high traffic, as it’s a good practice to stress test the game before launching. It seemed to work well (at least for PlayStation 4 users), and if the same system carries over to the final game, I can’t see too many people having complaints about the it. Unfortunately, Xbox One users were plagued with a few server issues, but it’s unlikely those issues will show up in the final game. Dragon Ball FighterZ releases next year for PS4, Xbox One, and PC via Steam. For more details on the development of the game, feel free to check out my interview with the producer, Tomoko Hiroki.