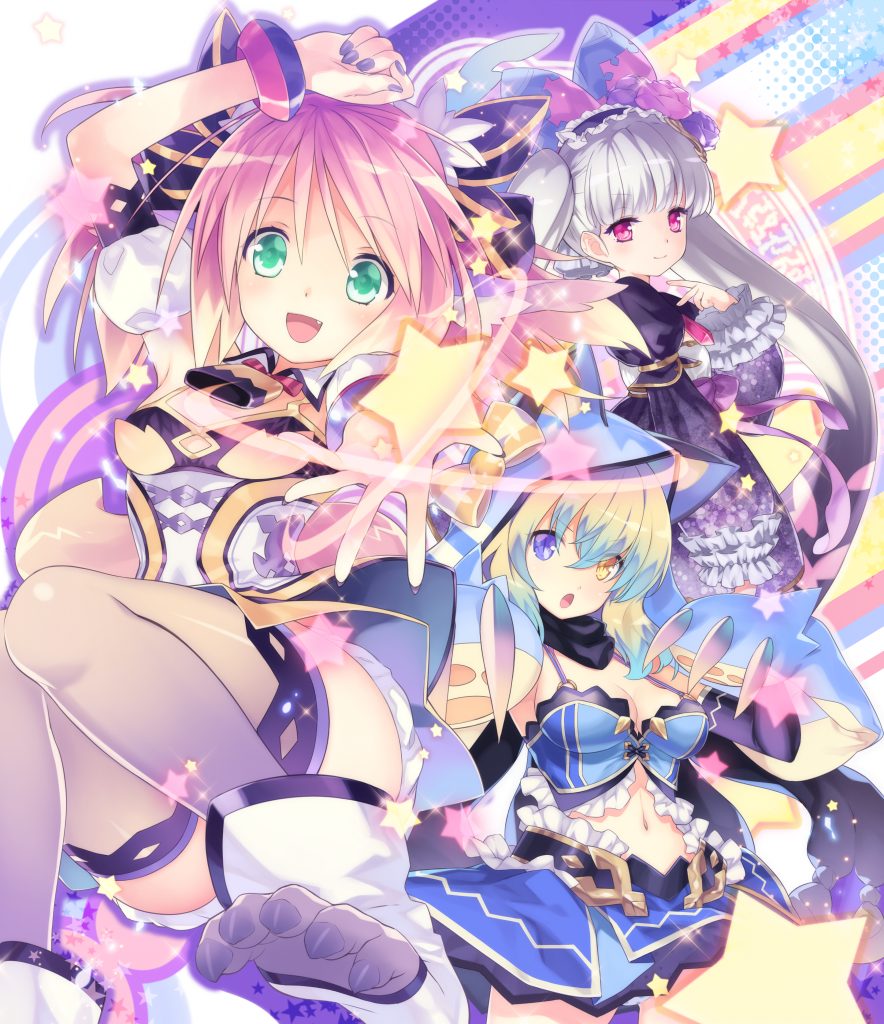 We’ve been given the opportunity to check out Moero Chronicle, which, as you may be able to tell in some images included with this review, may not be something you would wish to play in public. But is it just a mess of fanservice, or will there actually be a solid game underneath the coating? Let’s find out.

Moero Chronicle places you in control of a closet pervert who cannot speak to women. The village is being attacked by monster girls, and the elder decides to task you, of all people, with finding out what’s going on. As you can tell, the story really isn’t anything complicated at all, and  actually toys with quite a few tropes. Of course, it is also filled with fanservice, which will likely turn quite a few people off. 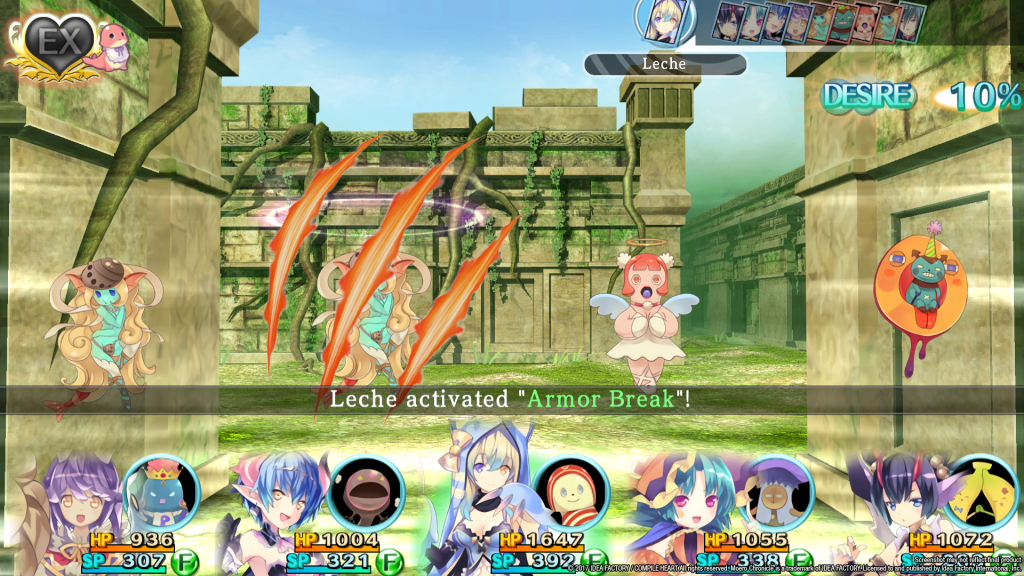 Though you may see the story and images and believe it’s just a typical title featuring scantily-dressed women, you may wish to give it another chance, rather than go off your first impression. Despite what it seems, Moero Chronicle actually provides a dungeon crawling experience for the player to enjoy, as you explore various places.

Unlike many games, however, you are actually not all that useful. You can act as a cheerleader to buff your teammates, but that’s about it; the girls are definitely the stars and main damage dealers of the show. There are a variety of sub-bosses to take on that you can actually get to join you as well, boosting your roster with an ever-growing variety of powerful girls. These girls are introduced with just enough information to let you know their personality, although the rest will be up to you to discover by bonding socially with them via different activities. This bonding activity will actually make them open up, which allows you to discover quite a bit more about your characters and understand the game’s universe even better. 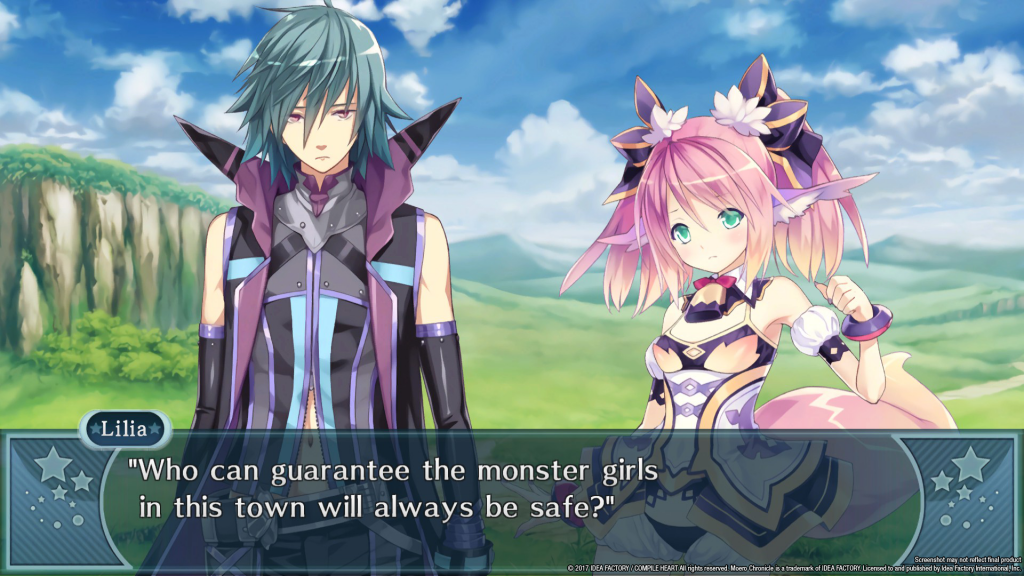 The game’s battle system relies your companions, who are, as mentioned, quite powerful. As you enter battle, the characters will act based on their Speed statistic, with the list of which characters will go when shown off on the top right of the screen. You proceed to store up energy, or “Desire” with your main character while the girls attempt to destroy the foes that are present. You can release this desire at any point, which, as mentioned previously, can buff up your party members.

In terms of bosses, the strategy is more geared towards attacking their clothes, rather than them. Upon destroying the clothes, you get to rub on them, which can turn your fiercest foes into your best friends. This is honestly one of the points where you most likely want to be sure nobody is around to look over, as the scenario can be quite embarrassing to explain… 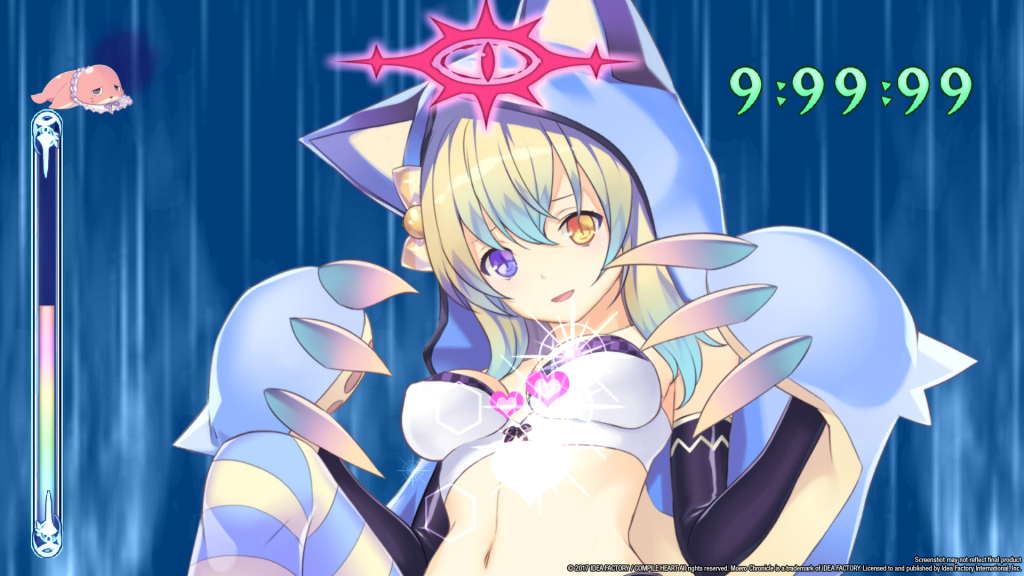 The game employs a beautiful anime-style art, and the music is, most of the time, quite fitting. The times that it is not are really few and far between, and as such, it tends to contribute quite nicely to the overall atmosphere.

Though many may be quite turned off by the fanservice (and honestly, I was one), once you start to not let that bother you, you actually have quite a nice dungeon crawler on your hands. The game is quite solid, although it can feel easy at times, and if you can get past or even enjoy such fanservice, then Moero Chronicle is definitely a title you should check out.