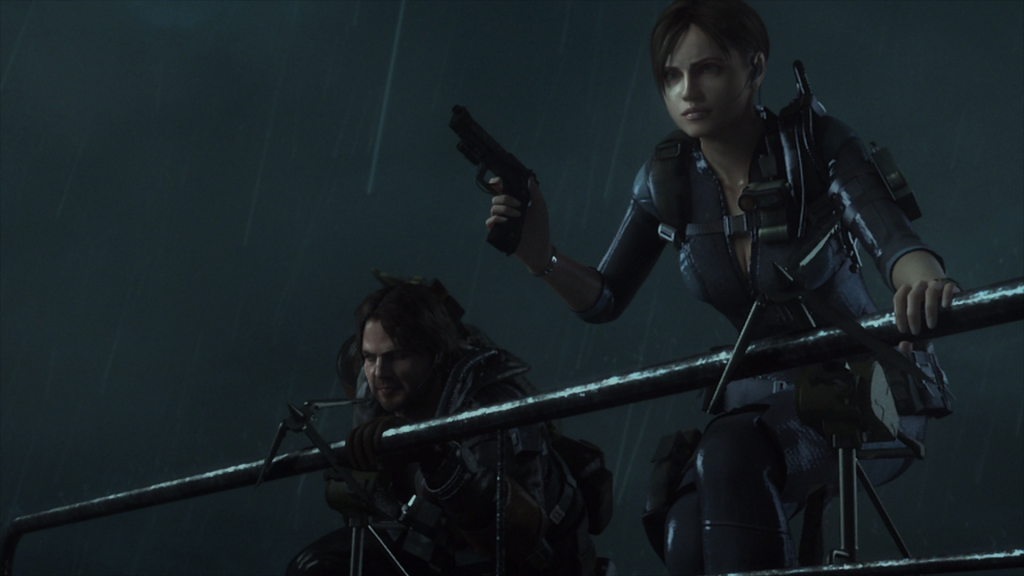 For those unaware, Resident Evil Revelations initially arrived back in 2012 on the Nintendo 3DS, then made the jump to PlayStation 3. Now, as part of the 20th anniversary celebration of the series, it has received a high-definition update and arrived on PlayStation 4. How will it feel on the current generation?

The game begins with Jill Valentine, former S.T.A.R.S. member, and her new partner heading to a spooky abandoned cruise ship known as the Queen Zenobia in search of missing agent, Chris Redfield. They soon discover that not all is as it seems, and a narrative involving terrorist organization Veltro begins to unravel. 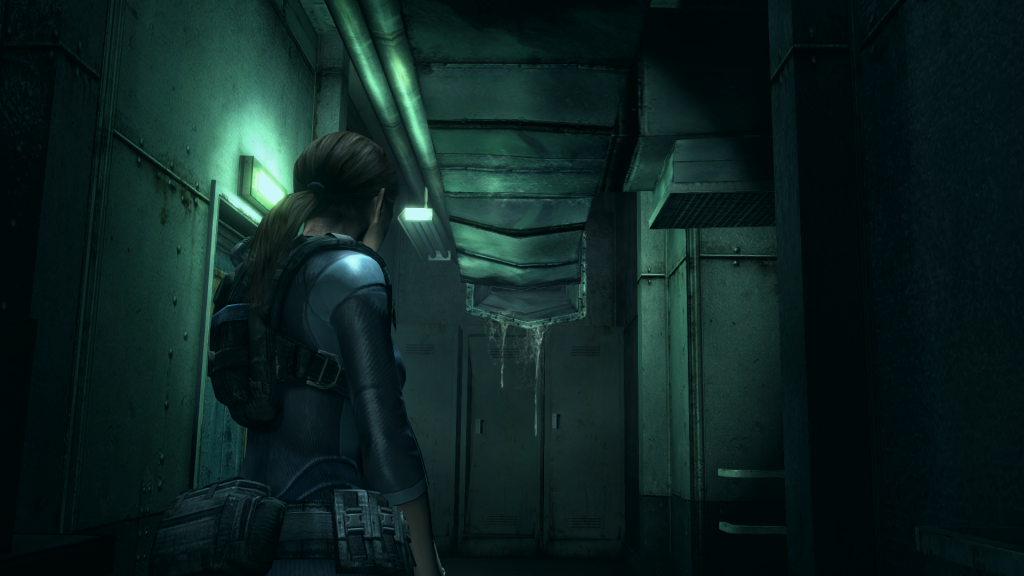 The story is not merely limited to Jill and her partner, however. Without spoiling too much, you will play in the role of Chris Redfield as well as some new characters, all of which tie together quite nicely in the end.

The story is likely one you’d expect from a Resident Evil title, and plays with some old ideas as well as new to make an interesting run.

Upon arriving on the Queen Zenobia, the atmosphere immediately becomes somewhat creepy. Diving right into the hardest difficulty, you really need to be able to conserve ammo and dodge your foes, at least in the beginning. It does become easier as you gain access to more ammunition and the Genesis device, but there were still several times I got too carried away with trying to kill everything attacking me and paid the price. 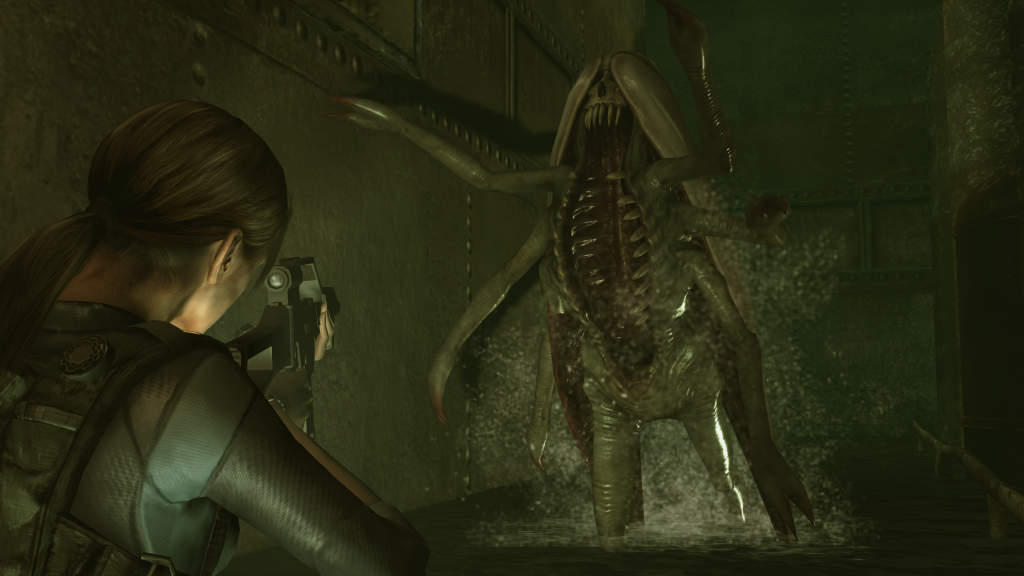 The aforementioned Genesis device has always been an interesting one in my opinion. You can utilize it to look at your surroundings and locate hidden items, for one. Another extremely useful ability is to scan your enemies, and, upon reaching 100%, gain a healing item. You gain more percentage as you scan foes in more dangerous situations, such as one about to claw your face off, but it also decreases as you scan the creatures more often, making it less useful in some of the later areas, although the extra healing, even if it can take a while, can still be quite a lifesaver if you dive in as I did.

On the note of enemies, you won’t see the traditional zombies, as you likely expect to not by this time, as the T-Abyss Virus has mutated the hosts into a new type of creature known as Ooze. These beasts can be quite quick, more aggressive, and have a variety of attacks, depending on the type; Some can fire off projectiles, and a couple even have one-hit kill attacks if you are too careless. That said, you do have the ability to move and shoot simultaneously, which can greatly help even the odds. There are also some more classic enemies to take on, such as mutated dogs and the Hunters. 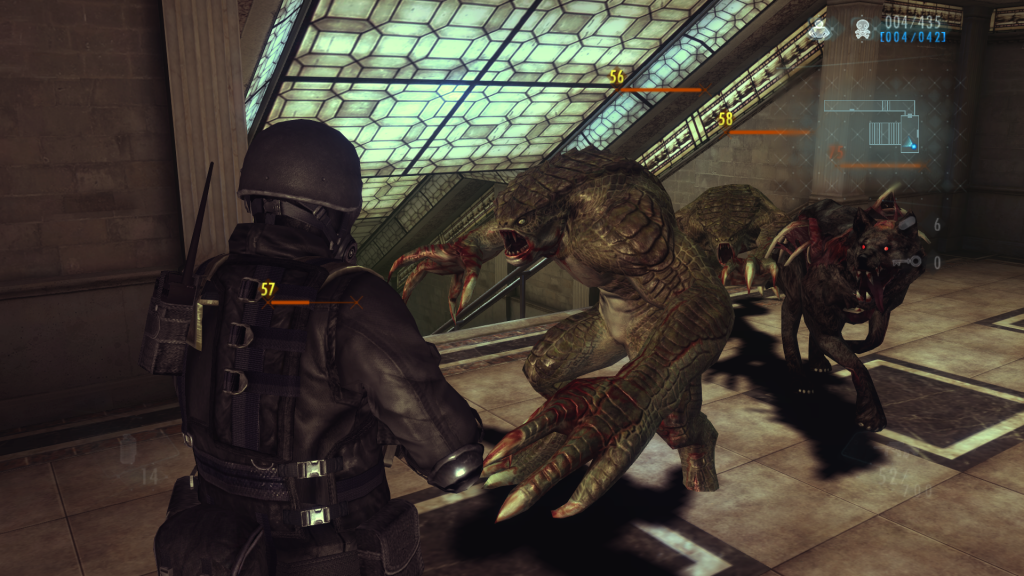 Honestly, the game struck quite a nice balance between blending old and new, and this balance remains today. The artificial intelligence is also decent in terms of actually helping you, unlike many have complained in prior titles with partners.

A new edition is none other than the Raid Mode, which was also in the game’s sequel, Resident Evil Revelations 2 Players who have gone through The Mercenaries in prior titles will feel at home as they progress through various stages with multiple characters and a variety of weapon configurations. When you add in the extra characters and gear content, this mode can suck up quite a bit of your time, perhaps much more than the main game itself. 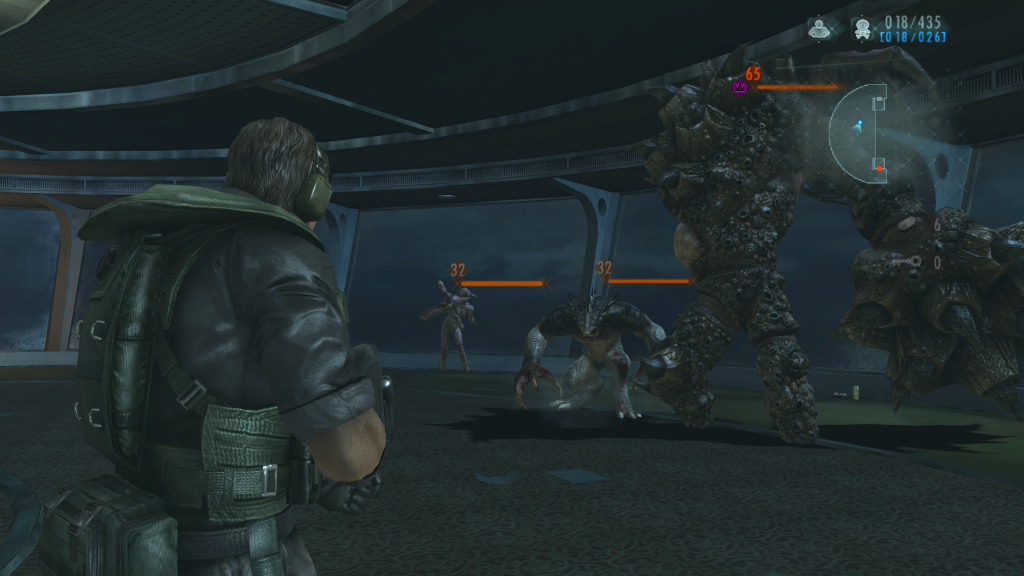 Some have complained that the graphics are not up to the PS4’s standard, although the frame rate is still quite smooth. That said, it should be remembered that the game began as a title for the Nintendo 3DS, and, with that in mind, it honestly looks and sounds quite good even today. There are occasional spots that seem off, but the work is definitely evident in the game, and can be appreciated.

If you haven’t played the title yet, or even if you were curious about another run, Resident Evil Revelations on the PlayStation 4 provides quite a bit of fun. Those who aren’t interested in the Raid mode or downloadable content may be more content to play the title on the PlayStation 3, but the extra content does make it worth a run on PlayStation 4 as well, if you enjoyed the mode in the sequel.