The Game Design of Agar.io 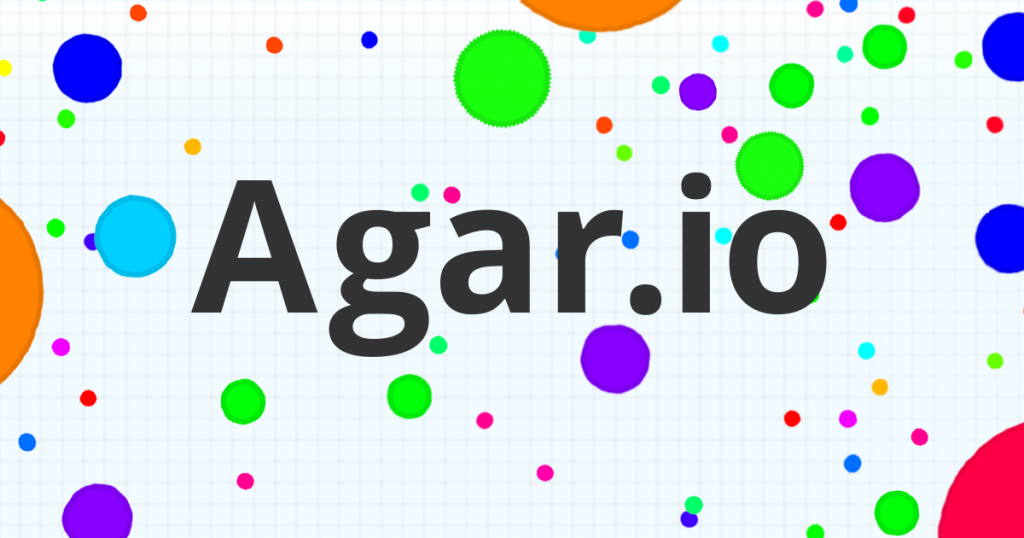 When Agar.io came out in 2015, it quickly took the gaming world by storm, with its simple controls and a concept that’s easy for anyone to understand. Venturebeat recently talked about the surprising momentum it garnered at a time when browser games seemed nearly obsolete. And Forbes talked about the ‘hynoptic addiction’ of a rival competitor, Slither.io. Of course, the addicting qualities it possesses are all down to games design.And of course, it’s great fun too!

In this article we’re going to get on our game design hats, investigating some of the design choices in Agar.io, and see what makes them so effective. What is it that makes this game so good?

The main game mechanics in Agar.io are that of a food chain. You play as a cell in a petri dish, and can move around “eating” smaller cells than you. Eating makes you bigger – the larger the “meal”, the more you grow. You can also be eaten! The other moving cells in the petri dish are other players. That’s the basics. 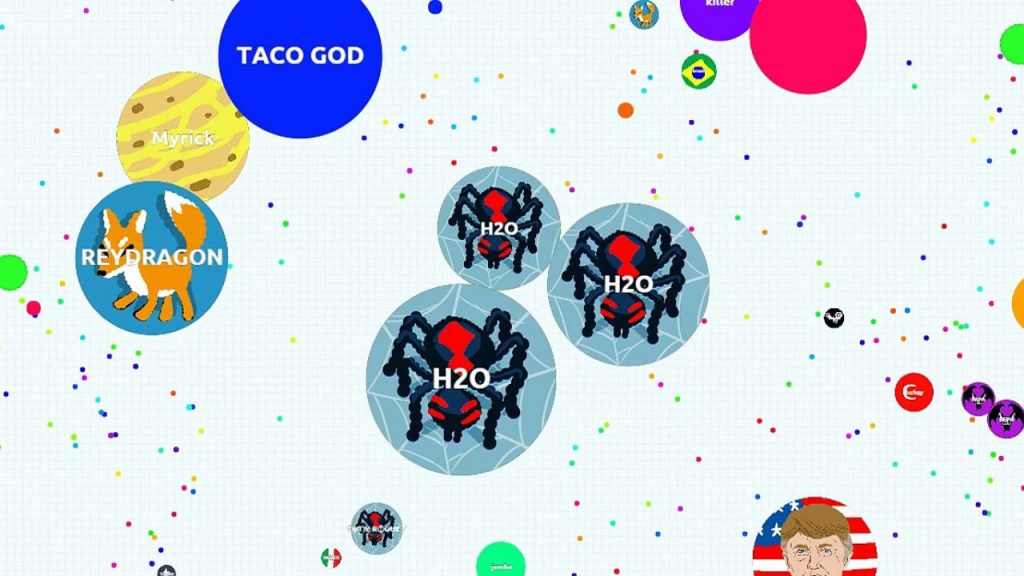 What’s interesting is that these simple mechanics lead to dynamic gameplay. The game cycle is: 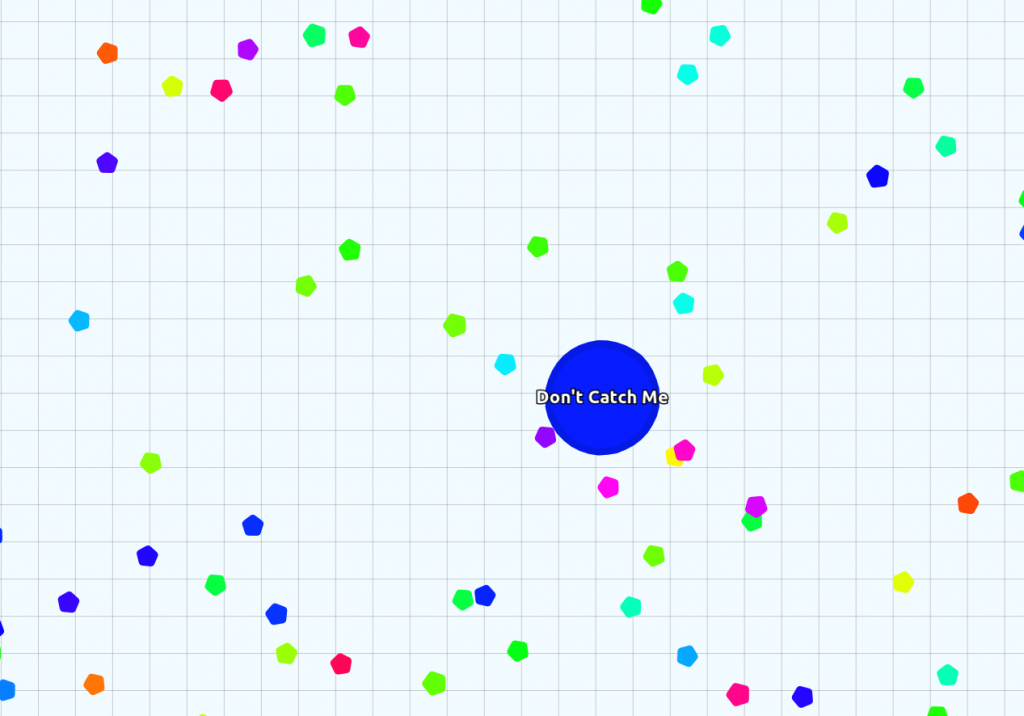 What Makes it Tick?

Firstly the survival aspect is what makes Agar.io work. Other players are big, and scary – especially the most massive ones. Surviving is a fun challenge.

Secondly is the sense of empowerment you get from becoming a predator. The bigger you get, the easier it is to consume other players. This is very satisfying – especially as you know it’s real people that you are beating. And it’s even more rewarding because you worked your way up there from being tiny yourself. You feel strong and powerful. Working your way up the food chain is a compelling goal. 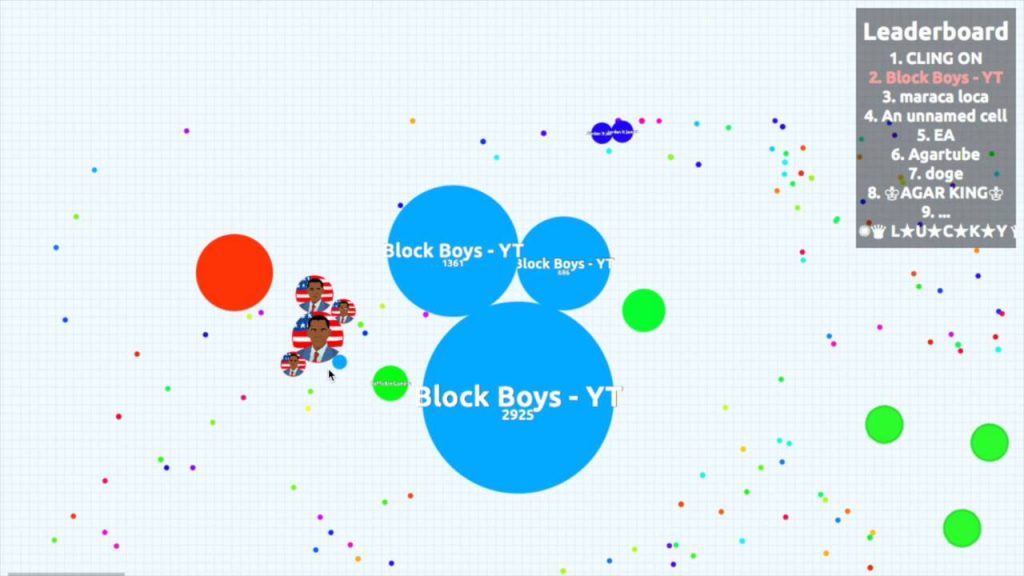 After the food chain, the other big mechanic is that you can divide your cell into smaller pieces. They move faster and merge into one cell again after a while.

The ability to divide is a clever mechanic. Why? Because it allows a number of interesting things to happen: 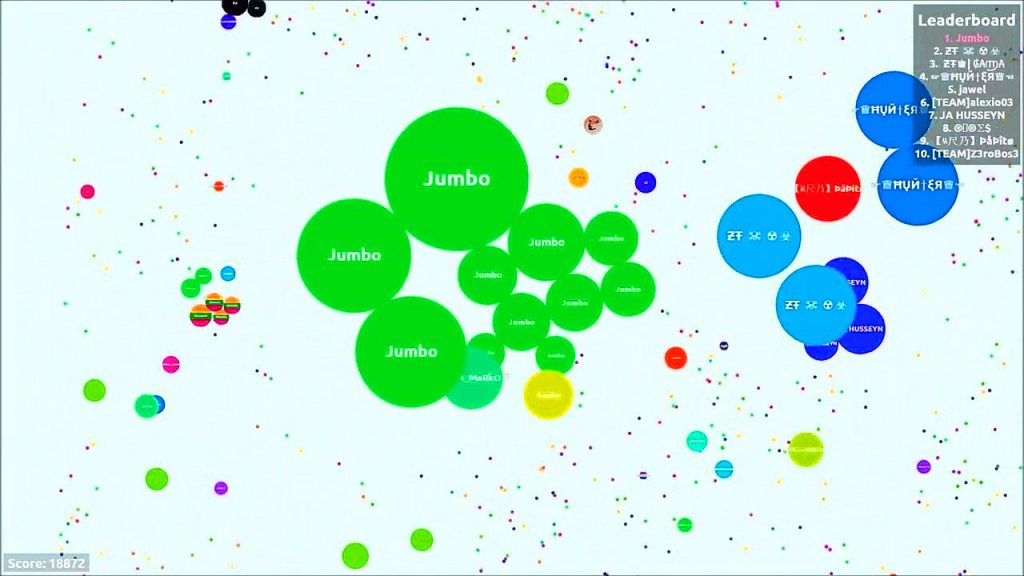 Dividing brings both strategy and balance to Agar.io. 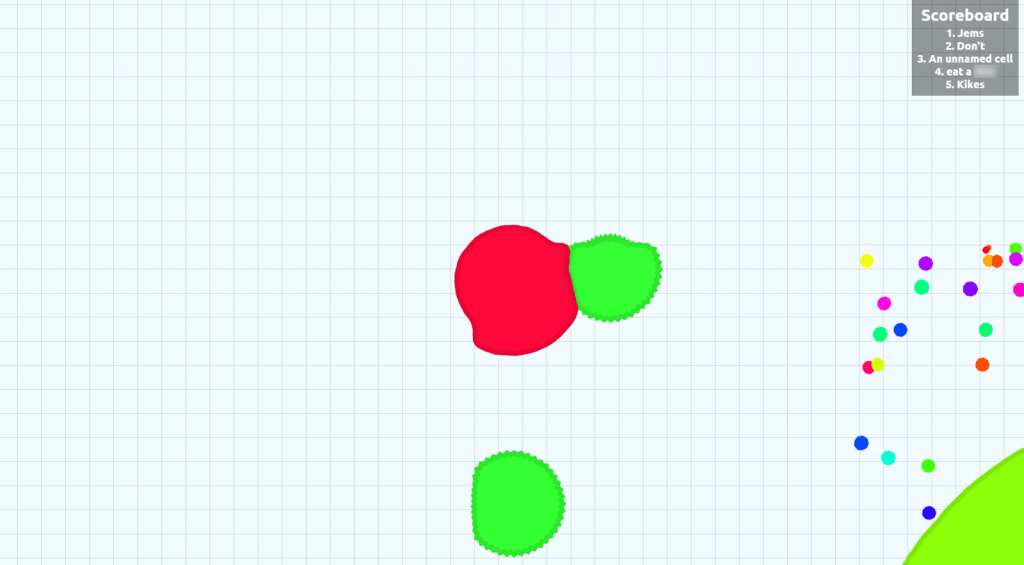 Another clever mechanic – these spiky blobs automatically divide large players who run into them. But smaller players can hide under viruses for shelter. This creates risk and reward for big players chasing small players around viruses. It also gives vulnerable little players a helping hand.

Viruses can also be spread by “firing” parts of your cell at them. This makes them another balancing tool to help topple the biggest players at the top of the food chain. 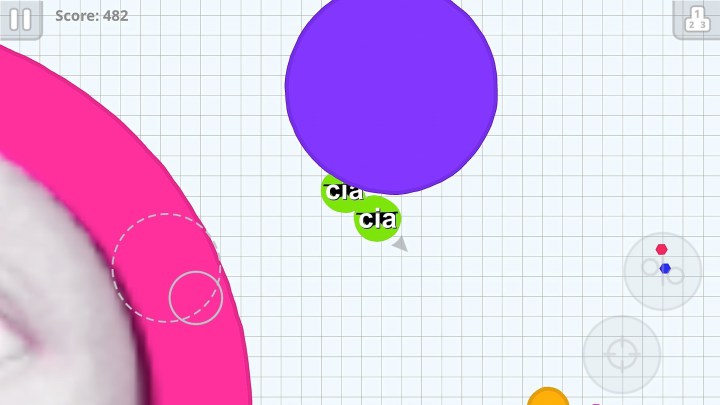 Agar.io has no mini-map or radar of the arena and the players. Why is this important? Well, a lot of the fun hinges on the unknown. You have to react suddenly to situations. It makes it hard to predict where players are going. Little players have a chance to escape out of view. Big players can suddenly appear unexpectedly. Viruses can be seeded to catch the unwary. It’s a small design choice but imagine how different the game would be with a map. 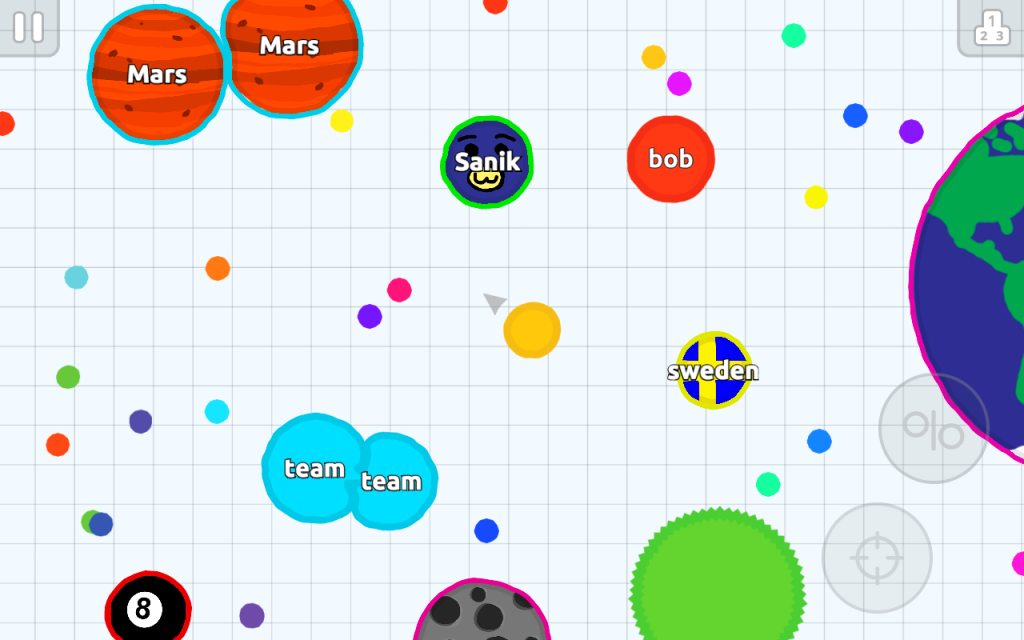 I hope this has given you a bit of insight into how game design works. Agar.io is a great example of how some simple, but clever, game design mechanics have created a really fun and balanced game. Of course, the players themselves add a lot of the chaos and mind-games, but none of that would be possible without the solid ruleset in place.