Review | Life is Strange: Before the Storm — Episode One: Awake

Back in June, GotGame was given a chance to watch a gameplay demo of Square-Enix’s Life if Strange: Before the Storm, and we were left very impressed. Deck Nine took on the task of telling a prequel story for Dontnod’s touching story, Life is Strange, and after playing the first episode, it seems to be in good hands. Despite some slight flaws, some excellent storytelling and cool dialogue moments make Before the Storm worth playing. As this is a narrative focused game, there may be light spoilers in this review, so reader discretion is advised. 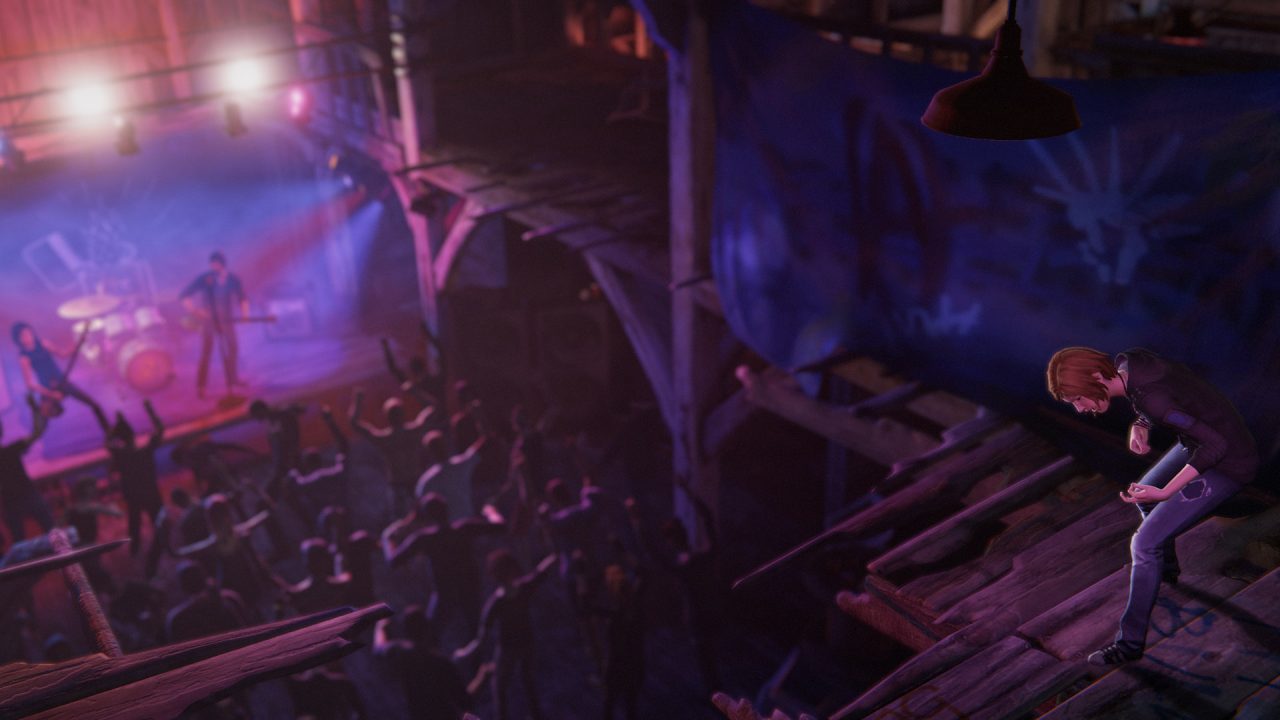 Taking place three years before the original game, Before the Storm replaces Max Caulfield with Chloe Price, the first game’s support character. Chloe is similar to how she was in the first game, though without the blue hair, and with a new voice actress. Rhianna DeVries takes up the role previously played by Ashly Burch, and while her interpretation is a bit different, it still succeeds. Rhianna manages to pull off the teenage angst with plenty of emotion, but also the realism of what it’s like to be a girl in high school. This includes awkward moments, acting out, and even moments that show a transition to adulthood.

With this story focused on Chloe, we get to see a story from her perspective, giving more insight into her past as well as her thoughts. We see how she deals with family issues, how she deals with school, and even how she deals with friends. The best part is the player is in control of all of it. Players are given the option to see as much story as they truly want with Chloe, being able to interact with quite a good amount of objects and people. Some interactions will even change the way others will go, as Chloe may have more information from the previous interactions. Sometimes this could lead to conversations that give Chloe an advantage, but others can just be extra details to help gain more depth. 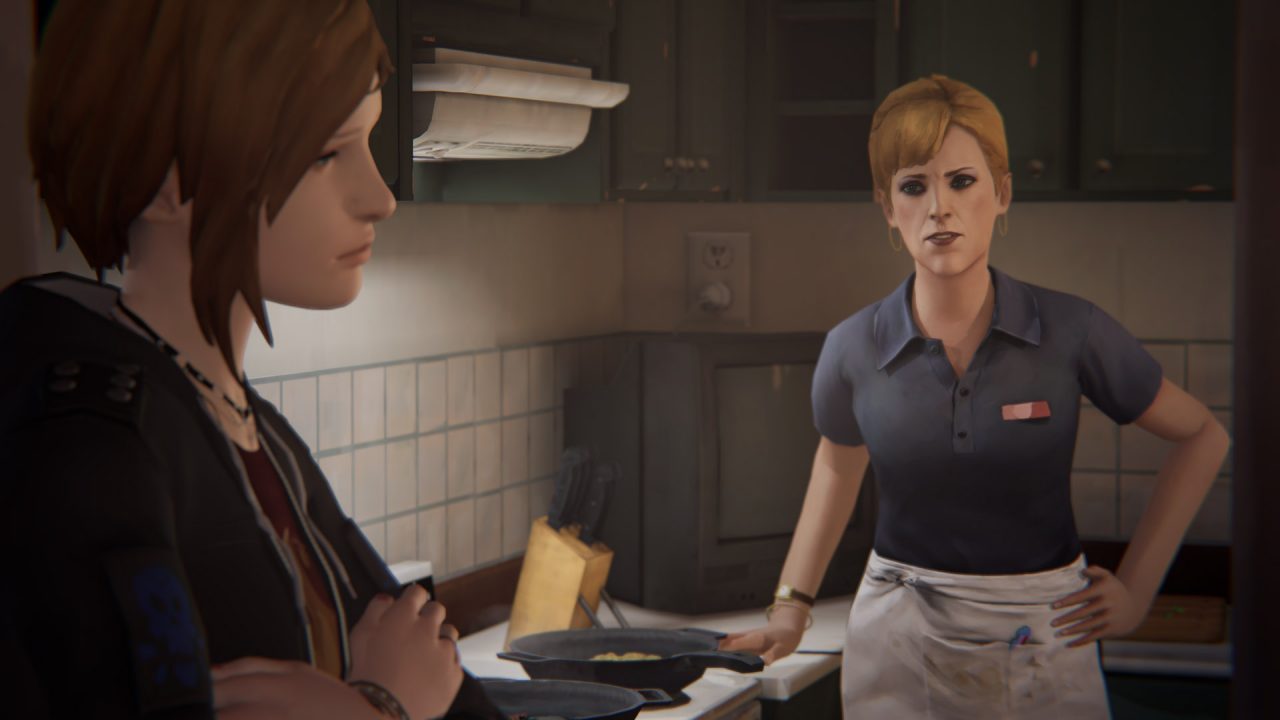 Perhaps the biggest different between Chloe and Max is the fact that Chloe doesn’t have the power to rewind time. This mechanic was a big feature for the original Life is Strange, and it made it stand out from episodic titles like it. While Before the Storm removes that feature, it tries a different approach by introducing the “backtalk” feature. In certain instances, Chloe can interact with different characters and challenge them to a battle of wits. By taking a persons words, players can choose a phrase to throw back based on what was said, leading them to Chloe’s goal. It makes the player feel a bit more immersed into the situation and adds a bit of tension to each conflict.

Aside from the backtalk segments, there are plenty of other great moments to take in. It’s all mostly optional, but players will likely feel rewarded by experiencing them. Whether it’s playing an entire Dungeons & Dragons-like tabletop game session or expressing Chloe’s anarchist side with graffiti (replacing the photography in the original game), there are tons of cool little character moments. There’s even the relationship with Rachel Amber, a character from the first games plot, as we get to explore the moments Chloe shares with her in better detail. Kylie Brown does an excellent job playing Rachel, having a very believable chemistry with Chloe. 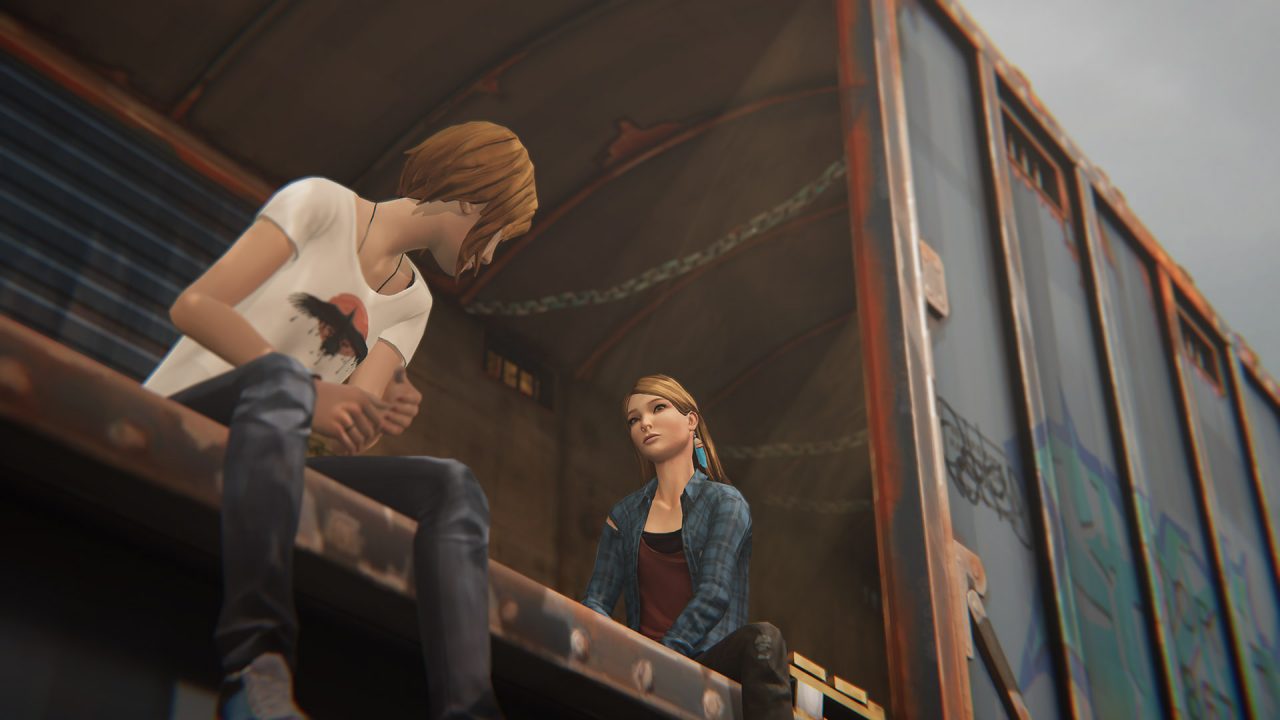 Before the Storm does an excellent job telling a story, with plenty emotion and drama, but there are some noticeable issues. Perhaps the biggest one would be the way text for some choices appears, as I’ve experienced a few moments when some choices would display over a white background. Since the text was white, I couldn’t read it until the camera moved or until something in the frame moved behind it. This was especially frustrating during moments where my choice was on a timer. The walking could also be a little bit tighter, though it’s a minor complaint for a game where dialogue and choices are the main gameplay.

Last but not least would be the graphics in the game. This isn’t exactly a complaint, but more of an observation. The original game used the Unreal engine for the graphics, and some things had more detail, from environments to characters. Before the Storm uses the Unity engine, and though there are some improvements, like the animation, some things just feel a bit off. Luckily, Life is Strange has a stylized look, so it’s likely not going to be noticed by some fans. The camera uses a lot of depth of field techniques and that hides some of the assets lacking detail by taking them out of focus. The overall presentation of the game is also very solid, so it’s very likely that fans won’t nitpick about the visuals. 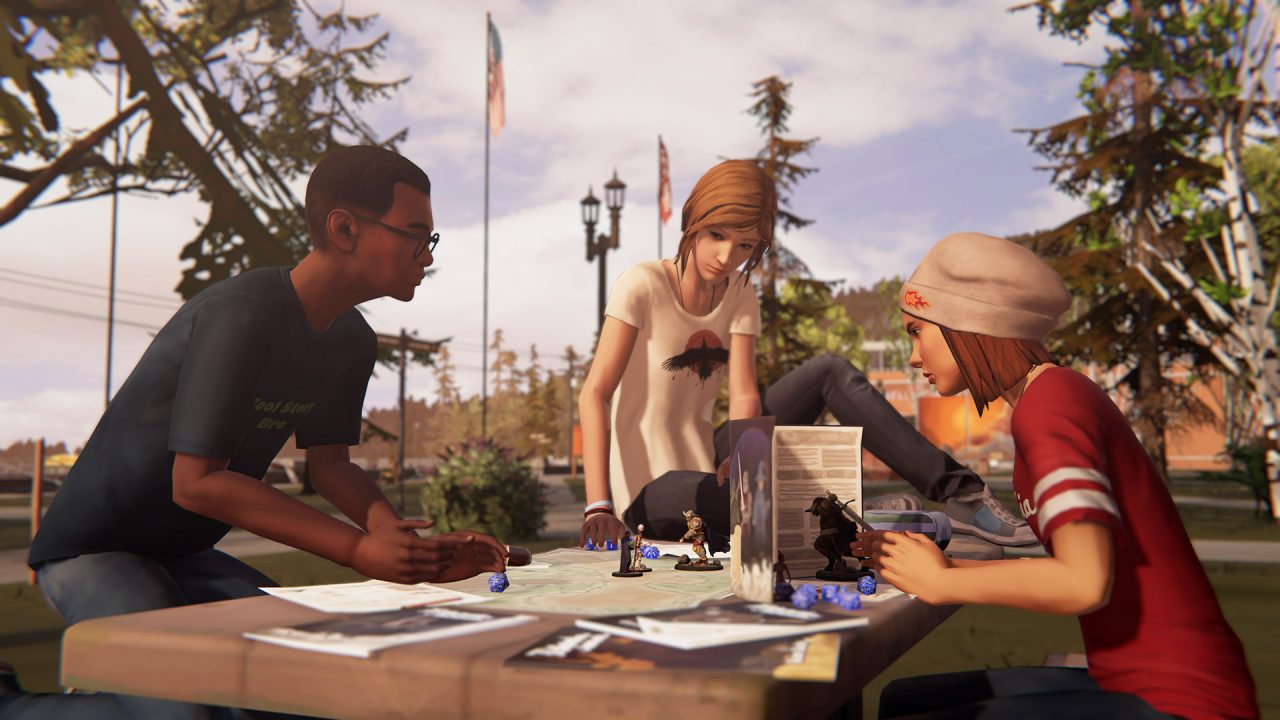 Speaking of presentation, the game has a great selection of music, and those with the deluxe edition will even get a nifty Mixtape mode that allows them to have select licensed tracks play during scenes. Even without the Mixtape mode, the music is very fitting to the themes of the game and it makes some of the moments easy to take in. Collection mode is also a cool addition, as it gives players a chance to go back to select moments in the game to mark an area with graffiti. This is a nice extra for achievement hunters, or just for people that want to replay a specific scene without starting an episode over or destroying their main progress.

Even though the game has some minor flaws, the overall story and presentation of Life is Strange: Before the Storm is excellent. Some might say that Life is Strange didn’t need a prequel, but the one we got is so true to the original that it feels right at home. The narrative is full of plenty of emotional impact, and there are plenty of references that fans of the original will recognize. Chloe makes a fun protagonist, and I look forward to seeing her character develop throughout the game. Having a new perspective on the series is a treat, and episode two can’t get here soon enough.