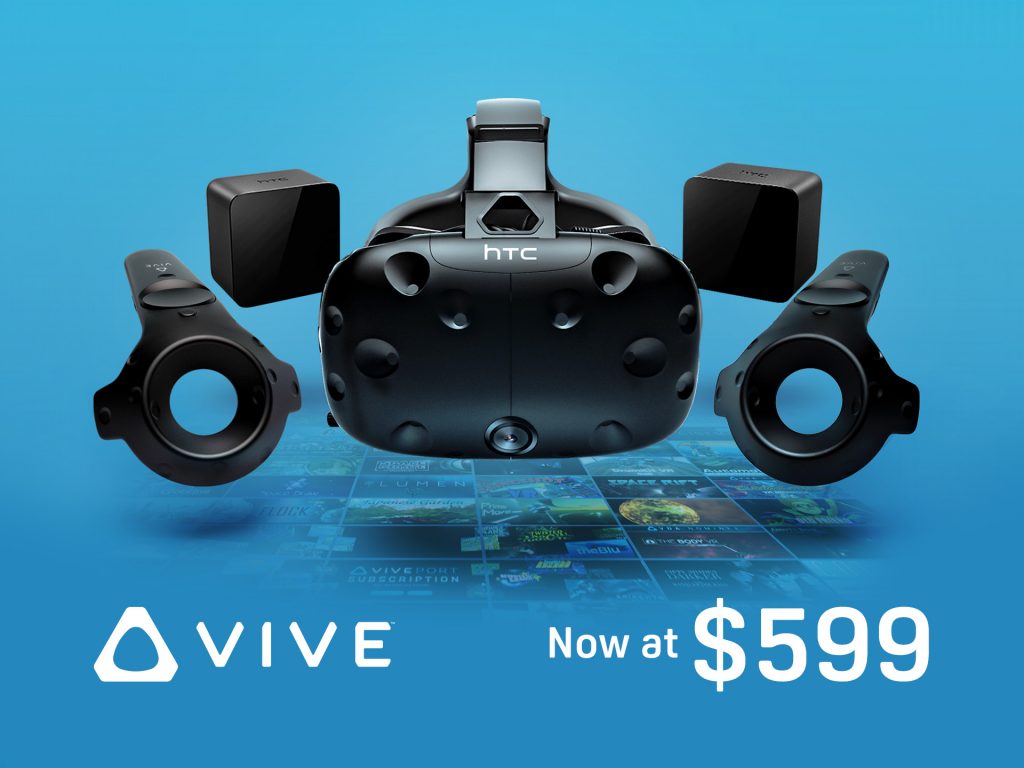 HTC was excited to announce that their virtual reality system has received a price reduction of $200, making it more accessible across the globe and placing its price at $599. The system comes with a free trial to the Viveport Subscription, which allows consumers to choose up to five titles per month to enjoy.

Cher Wang, Chairwoman at HTC, stated, “Our goal at Vive has always been to offer the best and most advanced VR system and drive mass market adoption for VR across the globe. We’re continuing to deliver on that commitment with this new price for Vive, making VR more accessible to a broader audience and driving the entire VR industry forward. Vive’s game-changing technology, best-in-class content and unmatched global partners are fulfilling the promise of VR like never before. With highly anticipated titles, and the upcoming launch of Vive Tracker, there has never been a better time to embrace Vive, and enjoy the most immersive VR experience available.”

The Vive allows for room-scale VR right out of the box, with everything you will need to set up the system, including two base stations that track you accurately, as well as two motion controllers and new, improved connection cables and even new materials that make the headset lighter than ever.

Recent reports show that more developers are focusing on the Vive than before, being chosen as the top target for creating content.

“We’ve rapidly diversified the Vive business so that when customers and businesses purchase Vive, they know they’ll benefit from a wide base of support for years to come,” said Dan O’Brien, GM US, HTC Vive. “From constant improvements to the core Vive hardware to the industry’s first VR subscription service, to investments in new technology for developers, Vive is at the forefront of the push to take VR to the mainstream.”

If you own a Vive, what are your thoughts on the headset?