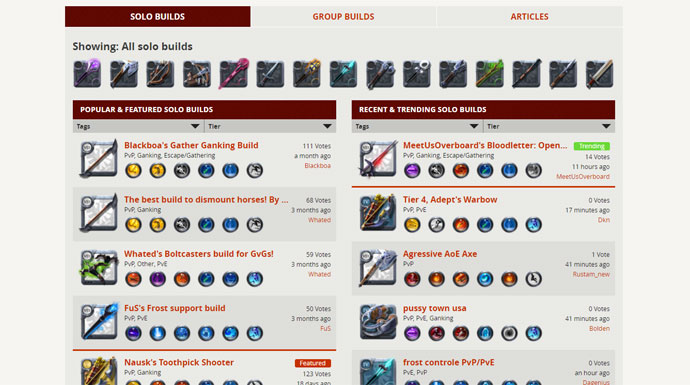 Albion Online launched last week and this week the developers at Sandbox Interactive have unleashed the Character Builder on the game’s official website.

This tool allows players to share their favorite combinations of weapons, armor, food, and potions with others in the community, allowing those who are looking for the perfect combination to find inspiration for their upcoming tasks to do so. Players will also be able to vote for the builds that other adventurers have shared, allowing the most popular and promising combinations to be detected even more easily.

Here is some information on the new Character Builder, and you can find out even more on the official site: