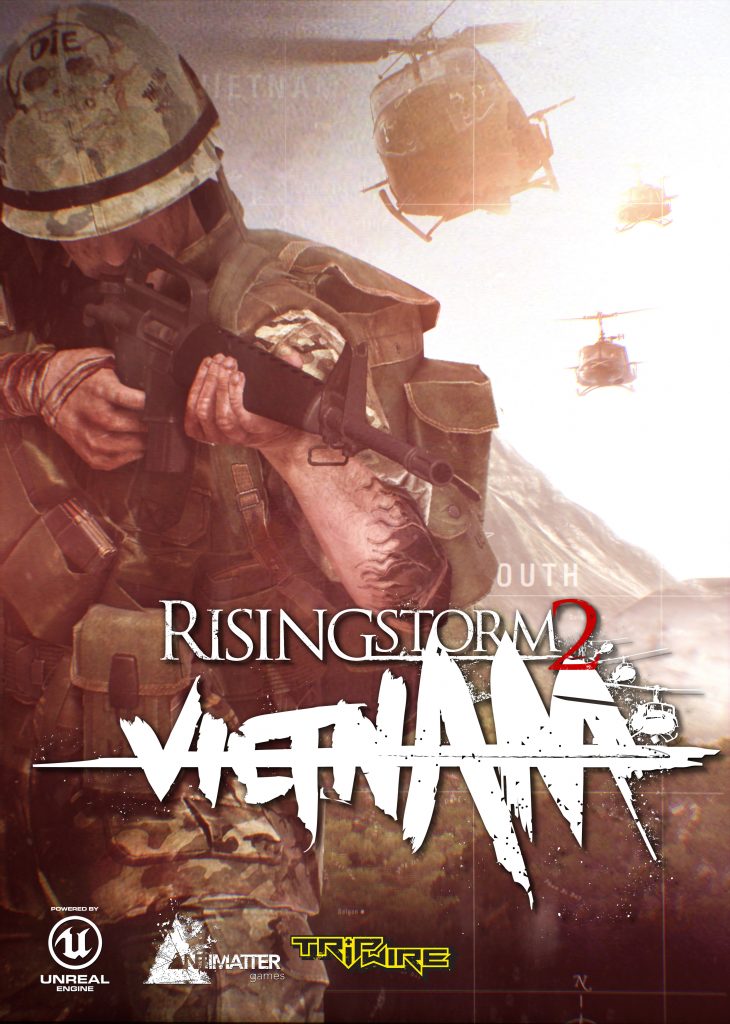 Tripwire and Antimatter Games have recently unleashed their 64-player title, Rising Storm 2: Vietnam. This title is purely multiplayer, so, unlike most reviews I usually do, there won’t really be a story section. Instead we’ll dive right into the gameplay; How well does the title hold up?

The title attempts to be utterly relentless as it attempts to distract you from your goal of marksmanship. As you are fighting through numerous sounds and visuals attempt to distract you from the feats of marksmanship you will need to perform if you have any hope of survival. It is also quite important to have a commander who is good at communicating, or else you are virtually guaranteed to lose the battle. 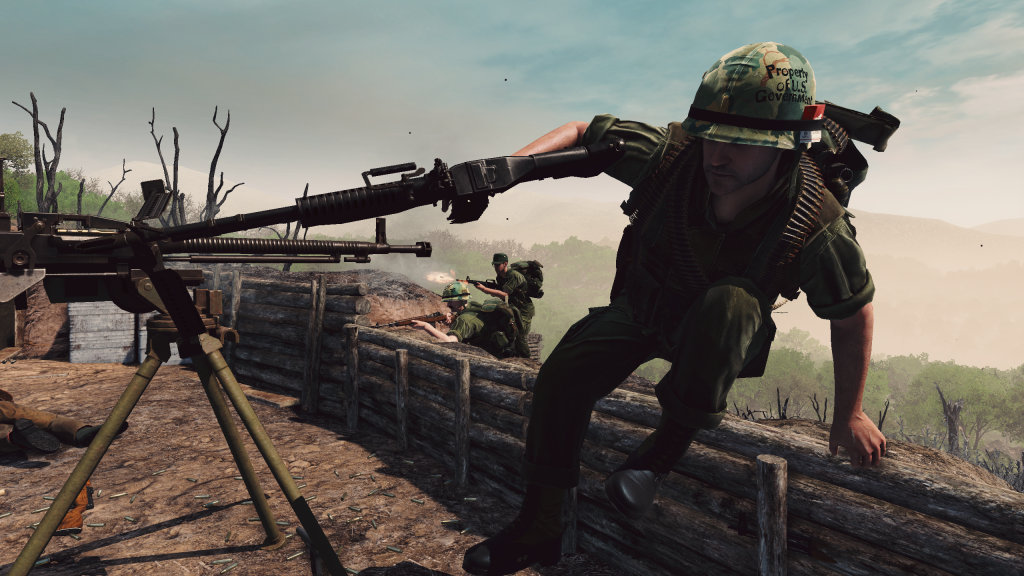 When you are on defense, rather than attack, you actually have more time, as one would expect, to seek out a dominant position in which to take out your opposition.

Upon loading the game, if you do so quickly enough, you can choose from several specialty classes. These can allow you to play an even more pivotal role as you attempt to work with your team to defeat the enemy. And make no mistake; the game is focused on teamwork. As you battle, the bulk of your match is most likely going to consist of laying out suppressive fire, calling out the enemy locations to your teammates, and attempting to get into the best positions possible. As noted with the commander, it is quite vital to communicate with your team. 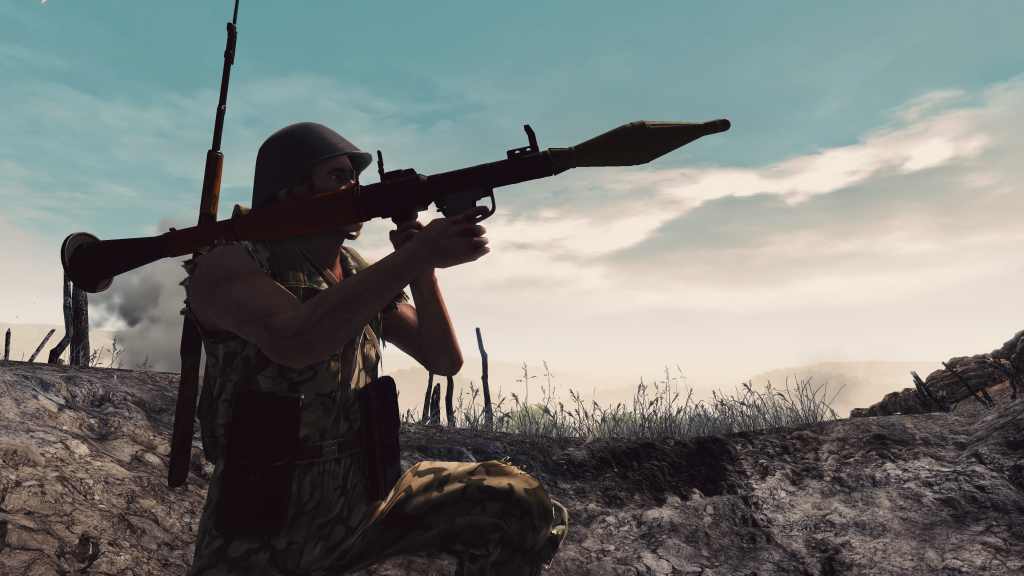 Each of the weapons tends to be distinct  in their firing behavior. A machine gun, for instance, can fire off a single round without much recoil, although firing off multiple rounds will cause quite a bit. The powerful Carbine fires off single rounds, but the recoil is quite large, although not as large as the Grease Gun’s, which actually obscures your peripheral vision when you fire.

The teams tend to be asymmetrical. One group will have access to the more lethal AK-47, for instance, while the other has access to the M16, which features less recoil. This asymmetry even applies to how the player can spawn. If you are on the American side, you can spawn on your squad leader, even in helicopters that need to be safely landed by pilots (who are also players) in order to move around the map. 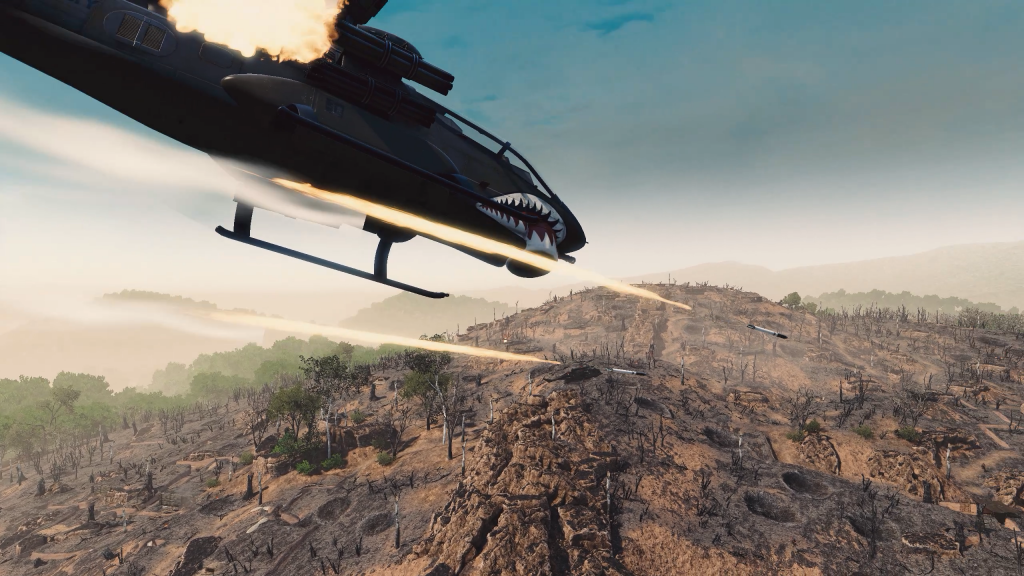 The Vietnamese, on the other hand, cannot spawn on their leaders. Instead, they spawn on various tunnels that have been dug out by their leaders. The Americans can destroy these tunnels, if spotted, but in theory, the Vietnamese can appear anywhere on the map in numbers, depending on where the squad leader places the tunnels.

On that note, there are also actual tunnels that the player can move through on the map. Certain tunnels prevent the American troops from utilizing their primary weapons. You can tell if a tunnel is one of these due to the warning posted, and upon entering you will automatically swap over to your sidearm. 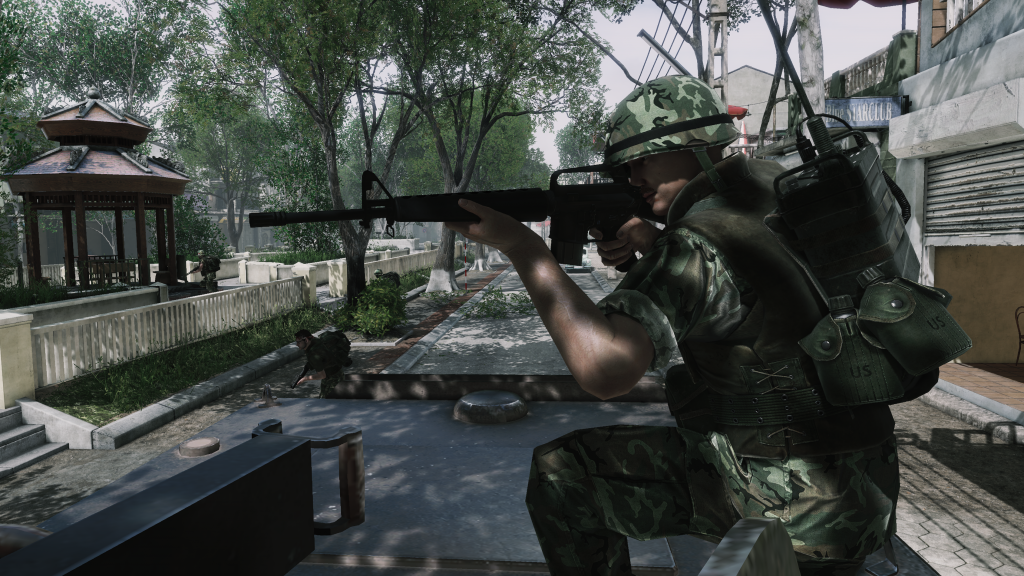 There are a number of different servers to choose from, and it tends to be important to find a pleasant community. The reason being that, just as in other multiplayer games, a single jerk on your team can cause you to stop communicating with your team, which, as noted time and again, is quite important within the game.

On another note, the title can make movement a bit finicky, likely due to the sheer number of players and activities occurring at any given time. Antimatter Games themselves do not take sides either, rather, they tend to portray each side more with a fascination for the equipment. 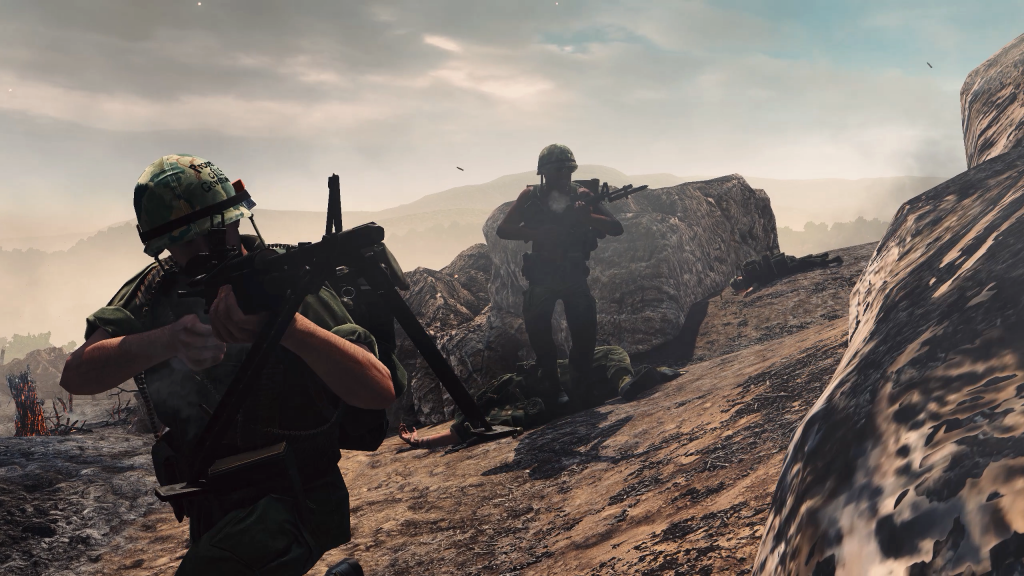 Rising Storm 2 is, for fans of the genre, a must play. Those who aren’t big on communication or multiplayer shooters may wish to avoid, particularly without any sort of campaign mode, but those who love this type of game should find plenty to enjoy.