For a while in the mid-2000s, the big trend was “RPG-elements.” Introducing experience points, leveling up, and increasing stats seems like an “easy” way to boost the life of any game. Balancing the quest for better loot and the core gameplay takes a special touch though, and Alkemi’s Drifting Lands found it. A complex loot system mixed with the hardcore action rewards risky behavior and keeps the tension high, even with some technical missteps. 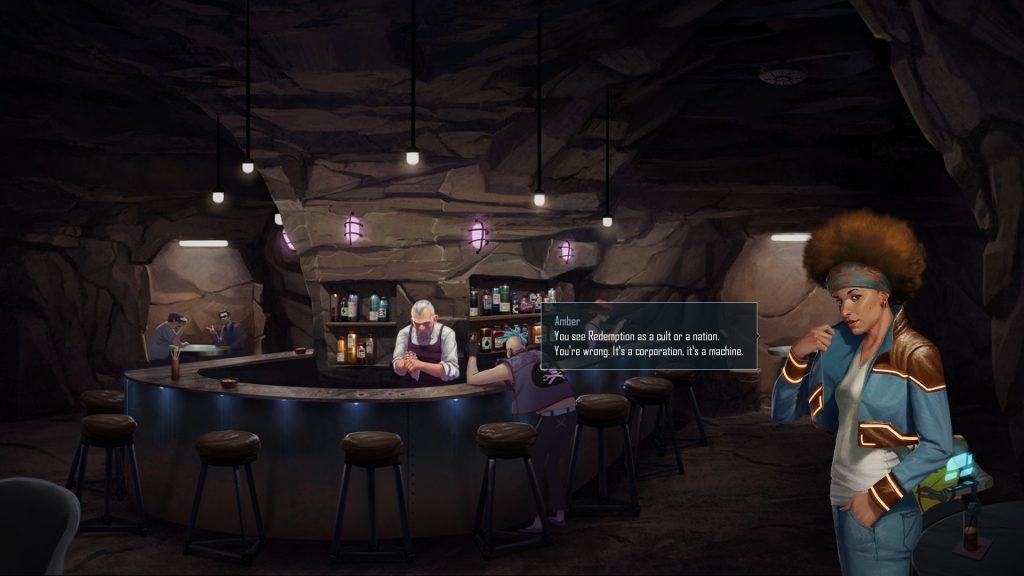 Drifting Lands takes place after a cataclysm destroys the world. You’re a pilot on The Ark, a last bastion of human survival. You work as a mercenary, running scavenger missions to help support The Ark, but also taking on quests from others as well. As the story unfolds you find yourself in the center of religious feuds, illegal smuggling, and more. Though your main character dialog feels flat, the story is more interesting than expected for a loot grinder. Drifting Lands features diverse characters, which is a plus, but feels secondary to gameplay instead of complementary. Many loot grinders can fall into this trap, unfortunately.

But you’re probably here for the bullets and the flying and the loot grinding. Let’s talk meat and potatoes. 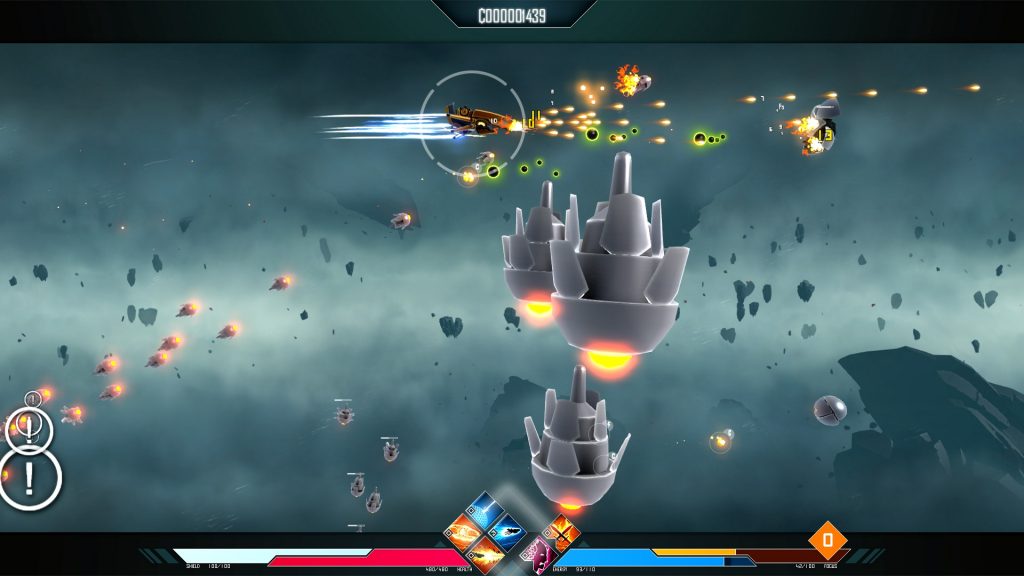 Drifting Lands mixes the formulas of games like Ikaruga and Gradius with Diablo. This means you’ve got a bullet-hell shooter mashed up with loot grinding, constantly improving your ship with new equipment. You start by choosing one of three ships, which functions as the game’s difficulty modifier. Some ships are slow and tanky, while others are quick and delicate. In addition to hardware, you’ll equip special skills to help tackle enemies.

Active skills range from temporary shields and health restoratives to damaging explosions and aerial mines. You’ll also equip two passive skills, though it feels more like one since Automatic Retreat, the passive that keeps you from losing your ship when you die, counts as a passive. Though you unlock the ability to use more skills over time, there’s not much incentive to change once you find a set you like.

That said, combat is Drifting Lands’ bread-and-butter (all the food references), and combat feels good. Each level throws waves of enemies at you in varying patterns; learning patterns and enemy types is critical. The game offers 10 stages of difficulty, and many enemies fire revenge bullets after death. If you’re ever unsure whether you’ll make it out of a level alive, you can manually retreat to escape with the gear you’ve gathered. Once you’re navigating between flying mines, shooting spawning ships, and evading giant laser beams simultaneously, you’ll get what Drifting Lands is about.

A game like this comes down to the loot, and the results there are mixed. On one hand, there are tons of different equipment types: weapons, shields, CPUs to augment abilities. My favorite part about the loot are the flaws on high-ranking gear: maybe it’ll break when you auto-retreat? Maybe it decreases loot levels? Flaws keep any one item from feeling like a silver bullet.

On the flip side, gear is only good when it’s useful, and many of the weapon types don’t feel viable. The game battles that by letting you turn gear into blueprints, allowing you to essentially reroll, but the conversion is expensive.  The ship doesn’t visually change based on gear, which creates less attachment to the loot. I’d have loved to see cosmetic customizations: paint, armor shading, the like. Still, none of that breaks the fun of combat.

Drifting Lands scratched an itch I didn’t know I had, bringing the Dreamcast classic Armada to mind. Loot nuances aside, I had a lot of fun battling the hordes. Increasing difficulty keeps the pressure high, the soundtrack brings great energy, and I’d love to see what Alkemi’s got in store for the game’s future.