Gambitious Digital Entertainment and developer Pixel Spill invited GotGame during E3 2017 for a hands-on demo of their new title, Outreach. Developed for PC and Mac, the game aims to take players back in time to the 1980s during the Cold War. Backed by talent like Adam Harrington (Bigby Wolf in The Wolf Among Us and Groot in Guardians of the Galaxy: The Telltale Series), and Roger Jackson (The voice of Ghostface in Scream), Outreach has a lot going for it. Adam Harrington joined me during my demo, walking me through how to play, and even offered some great insight from his own experience. 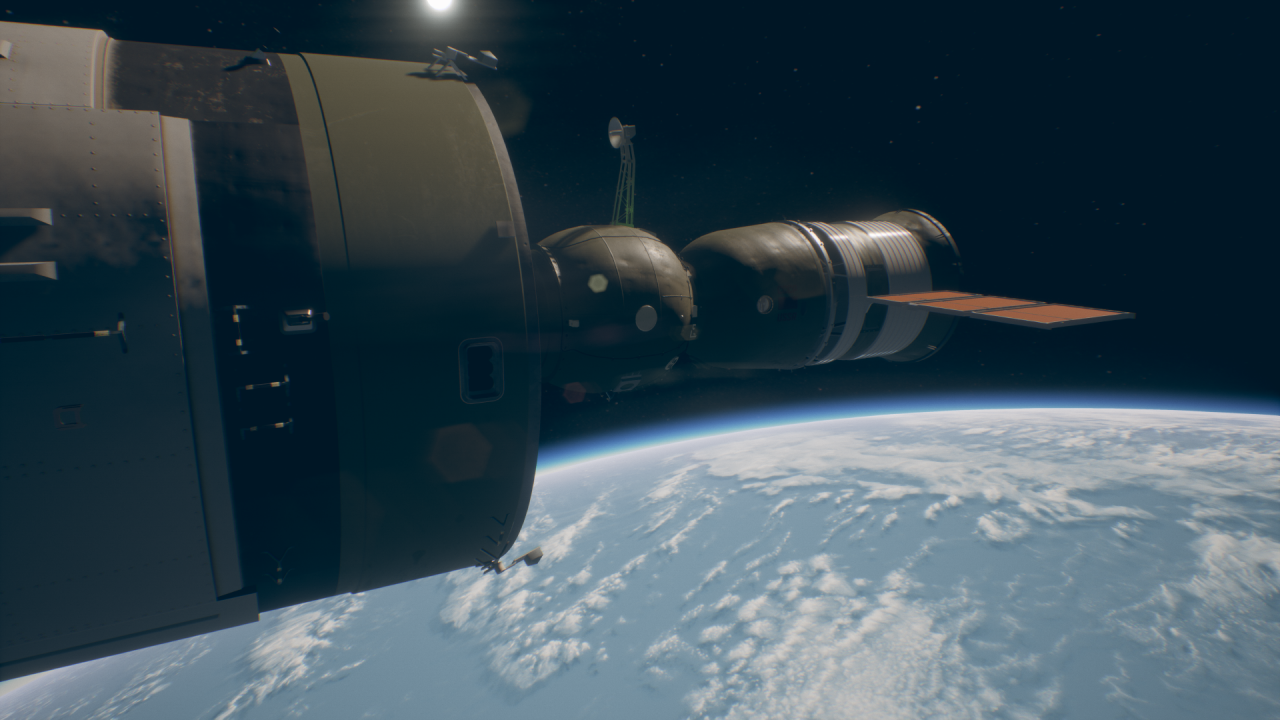 Outreach takes place on a Russian space station, as the player, a lone cosmonaut, is sent as a replacement crew member during a mission. The player is guided by ground control (voiced by Harrington) as they soon discover the rest of the crew is missing. Suddenly, the game becomes an investigation of conspiracy and intrigue, having the player explore the space station to uncover all the mysteries. The game is a narrative focused adventure, presented much like games such as Gone Home or What Remains of Edith Finch. What sets Outreach apart is the control style and the atmosphere.

Since Outreach takes place in a space station during the 1980s, the game is played completely in zero gravity. Using a unique control style, players will push forward off surfaces, rotate themselves and more than likely, bounce around environments. It may take a little getting used to the controls, and can possibly be disorienting at first, but once figured out, players will be able to navigate through the environment to explore the many detailed areas of the station. The player will have to use a camera to snap photos of various clues, interact with several computer terminals, and even gather items floating around in the station to progress the story. 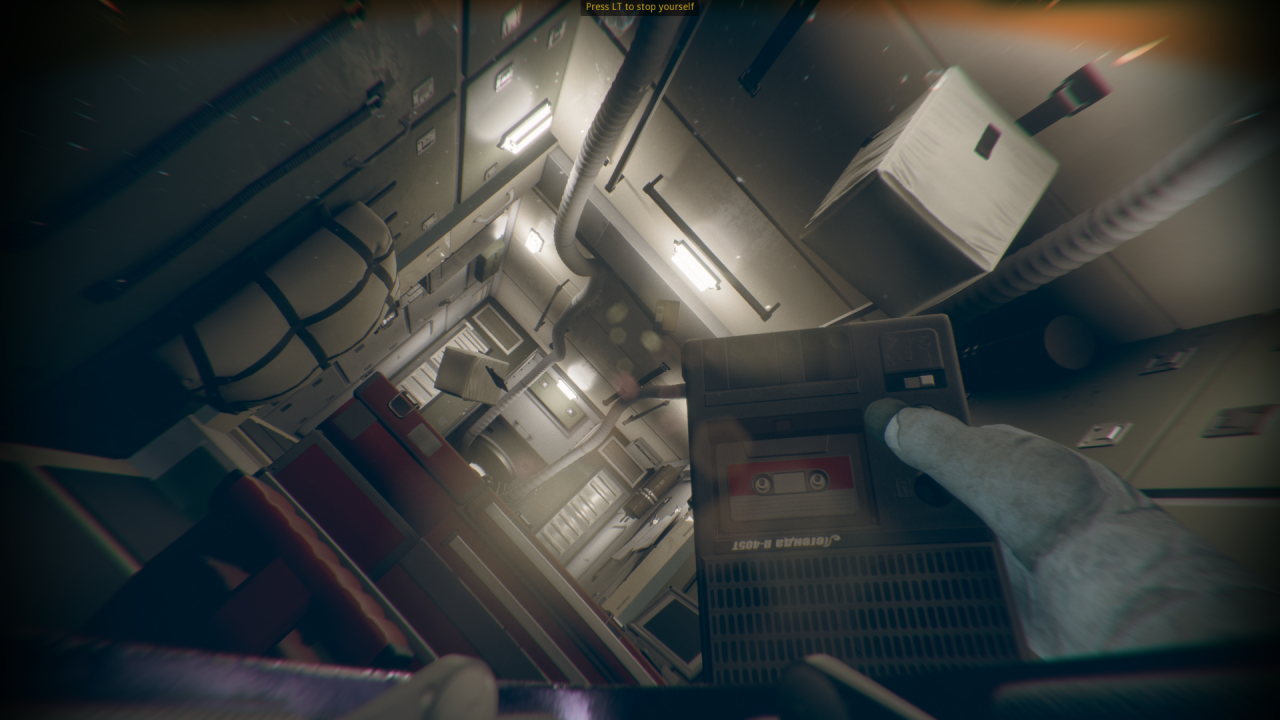 Objectives can always be viewed from a menu in case the player gets lost and needs help getting back on track. Exploration is definitely a key factor, as many objects that can be interacted with will be all around in a 360 degree environment. Computer terminals will typically have a yellow font to make them distinguishable, some of them completing objectives, some filling in more story, or in some cases, even hosting fun Easter eggs. One terminal I accessed in my demo had a rendition of the classic game Pong, called Tennis in this game. Playing it for a bit, I managed to do fairly well, Adam even claiming me as a “Tennis champ”, but since time was short, I ended up leaving the game for another time.

Other objects to interact with will highlight when in front of players, and this means they could usually be picked up and even thrown in some cases. It’s a lot of fun playing with the zero gravity mechanics, and it’s clear that Pixel Spill wanted to make it a fun environment. Remnants of the past like floppy discs and Polaroid pictures fill the confined space, and fun objects like inflatable balls can be played with to mess with the physics. Some areas will require a flashlight to see, as there will be dark sections, especially in areas without power. The lighting works incredibly well and adds to the sense of mystery. 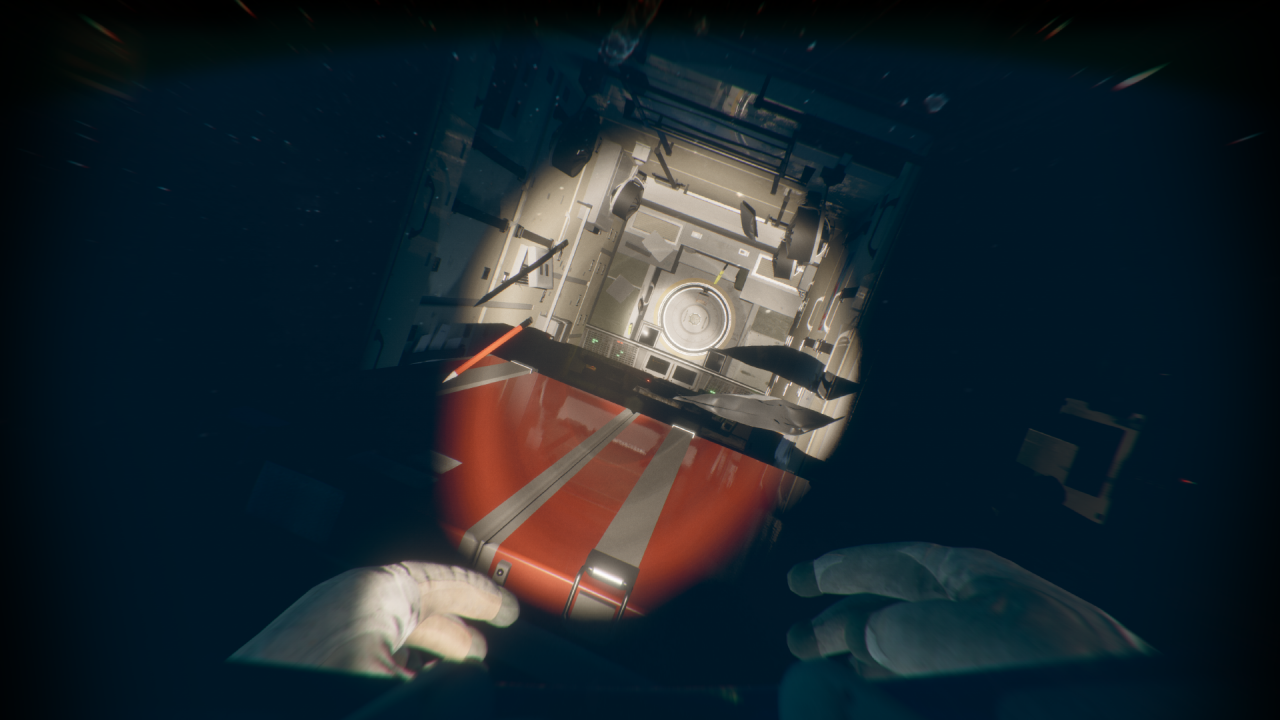 After completing some objectives, I went to the exterior of the station and things got really interesting. Once outside the station, death becomes an option as players will have to carefully traverse along guided handrails. If players don’t stay close to the handrails, they can drift off into the vast reaches of space, starting back at a checkpoint of the last handrail they used. There will be some that are close to each other, while others will require a bit of a leap of faith to get to. Interestingly enough, I wasn’t exactly cautious, rushing through the handrail segments and breezing through faster than expected. It took some trial and error, but it was clear that there could be some speed run exploits in the segment.

Producer James Booth briefly joined my demo to watch and say I was “scaring the **** out of ground control”, rushing during what is supposed to be a “calm and collected” moment of the game. Unfortunately, it seemed my antics were too much for the demo, as the computer eventually crashed, cutting my demo short. Clearly, I was going too far off the rails and was doing things at the wrong pace. Adam was continuously recommending me to be on the beta due to my actions and honestly, Outreach seems like a great game to beta test. There were tons of things I wish I had more time to play with and explore in my short time. 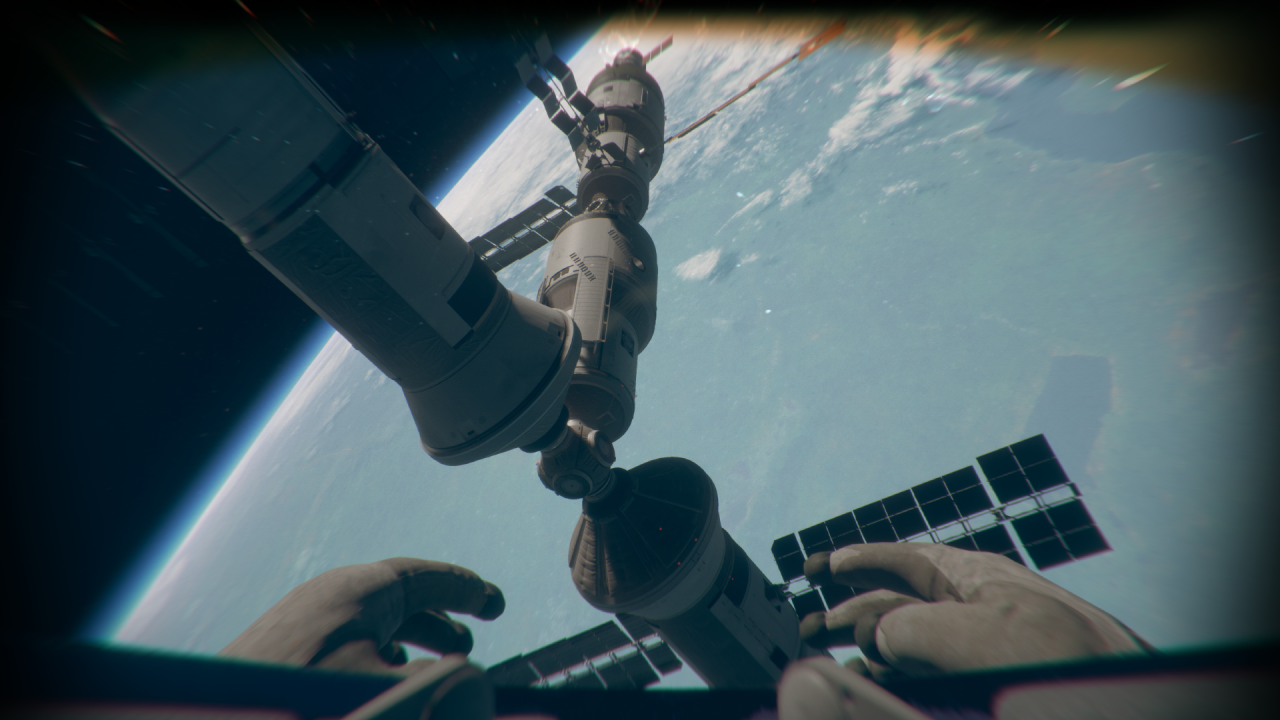 Despite my demo ending early, I had a blast playing Outreach. The presentation was fantastic, offering a realistic and authentic looking space station viewed from a first person perspective. The visuals were impressive for a game coming from a smaller team, and the zero gravity feature makes it unique from other titles like it. There were only a handful of voices heard in my demo, but both Adam Harrington and the player character (played by Seamus Dever of Castle fame) do a great job carrying the story. The narrative was genuinely intriguing and I often found myself wondering what happened to the missing crew members.

I was told that the game would take a couple hours to beat, which falls in line with a lot of other titles in the same genre. Despite the short length, Outreach could easily become the next Firewatch if marketed well. Outreach was arguably my biggest surprise for E3, being a strong highlight of the show that honestly deserves more attention. It would be great to see the game do well enough on Steam to warrant a console port to PlayStation 4 of Xbox One, as this game should get to as many players as possible. Outreach is currently planned to be released sometime later this year on Steam for both PC and Mac. We hope to have more coverage on it as it gets closer to release.