During E3 2017, THQ Nordic invited GotGame once again to check out Piranha Bytes’ upcoming action RPG, Elex. The game was shown to us at last year’s E3, but THQ Nordic wanted to show just how far the development has come. Elex is a brand new IP that merges science fiction, fantasy, and medieval elements together into one title. Players will control the protagonist through a third-person perspective as they explore a vast open world full of life and wonder. Using these various elements, Elex aims to stand out from other RPG titles, and after what we saw, it seems likely to succeed. 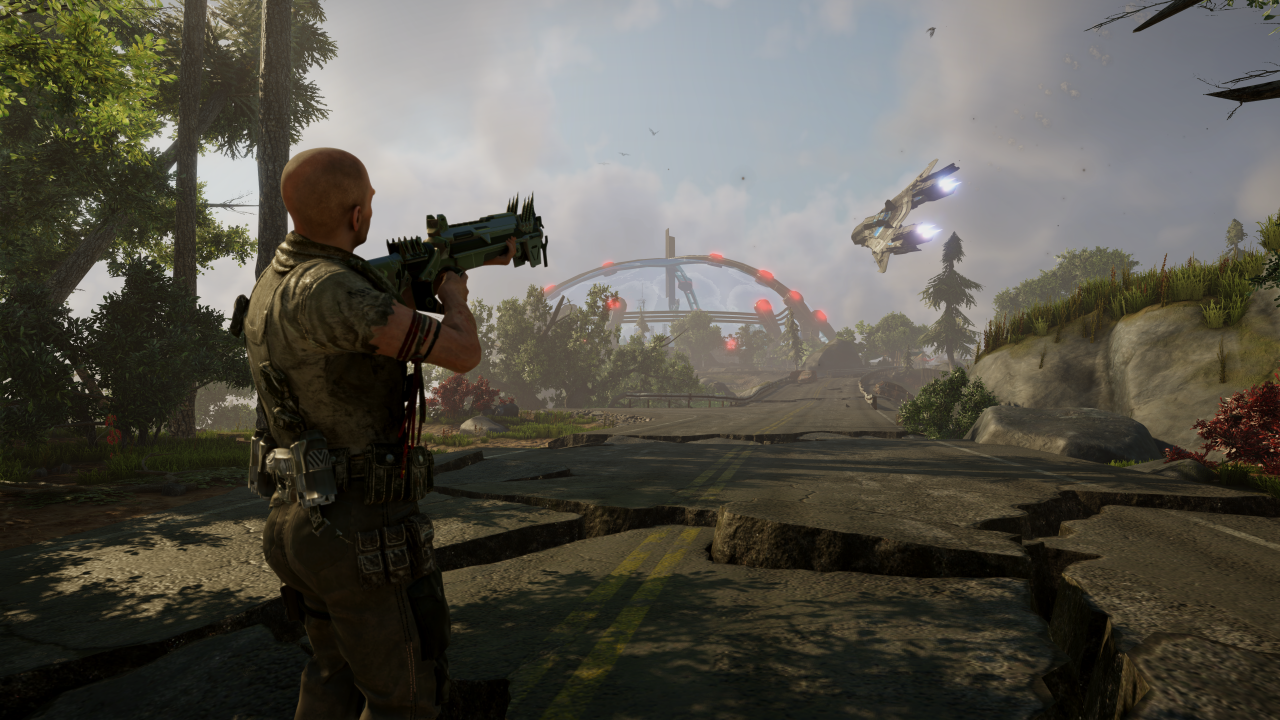 Set on the planet Magalan after a meteor crash, a strange substance known as ELEX is introduced to the world. Being a limited resource to the inhabitants, it becomes the object of desperation and struggles, as factions use the rare element in their various research. The Clerics have used it to power machines and create futuristic technology, mostly for war. Another faction, the Berserkers, have harnessed the power of ELEX and produced what they consider magic. Then the Outlaws, a sort Mad Max-like faction, use ELEX as a drug, not even involving it in their improvised technology.

Players will have options to shape the game based on their actions, as their choices will effect the entire game. The AI will be aware of the choices the player makes and that will lead to consequences or rewards based on those actions. Eventually, players can join a faction and make use of their own technology, gaining access to faction exclusive items. The choice of faction is permanent, meaning no switching sides, and player actions will still matter. Players will still be accountable for anything that is done in the faction, leading to the possibility of even being exiled. 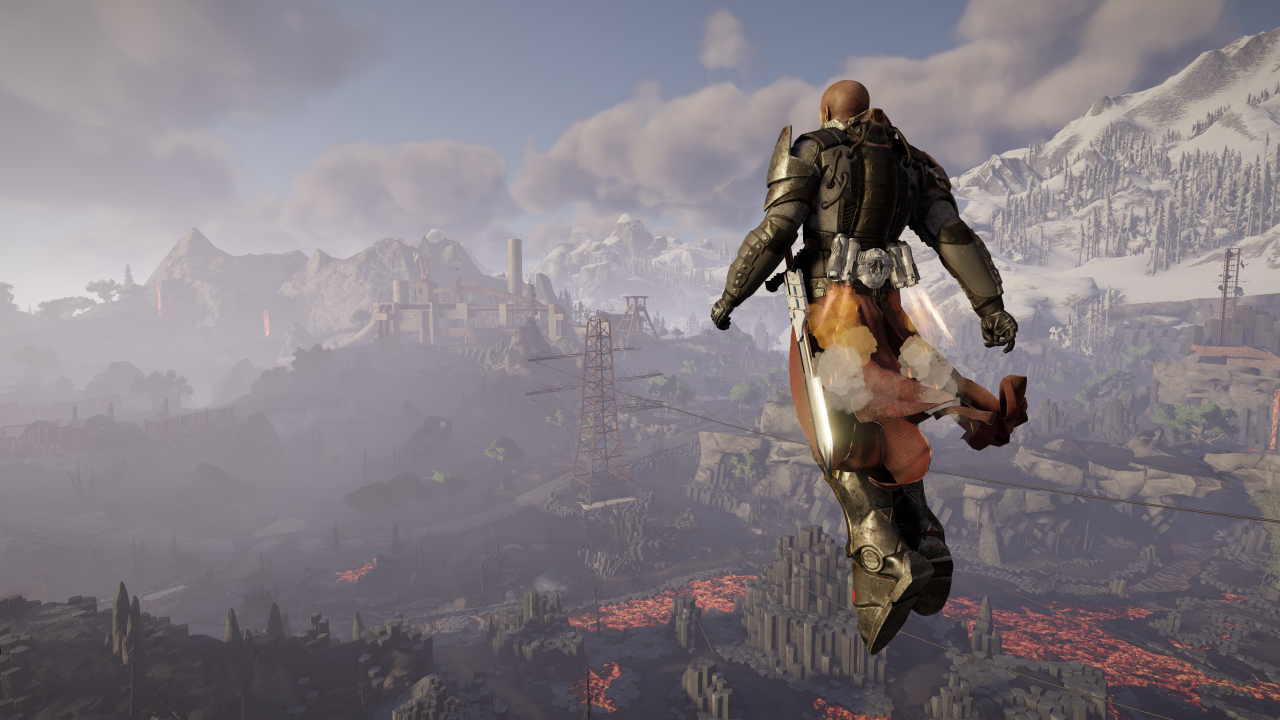 Elex challenges players to explore the large world, even giving them a jetpack to encourage vertical exploration. The jetpack is powered by ELEX, so players still have to make sure not to use the precious resource completely on the jetpack. Enemies also won’t scale with player levels, so there will be enemies that will be too powerful for players to tackle early on. It is entirely possible to lead these enemies to ally NPCs, but since they can be killed, the player needs to be careful. If players aren’t cautious, they may accidentally lose a quest giver, which will effect the quest overall.

Piranha Bytes has a large focus on story, including over 40,000 words of spoken dialogue, as well as a character driven narrative. Even if a player wants to break away from the story, that is entirely possible. Players can even do so during a quest, and the AI will react accordingly. Being a character driven narrative, the main character is a predetermined male, a former member of the Albs, a group of people that use ELEX to rid themselves of emotions. Despite being predetermined, there are still custom options based on play style and faction choices. Players may even be able to explore romance options if they catch the interest of certain characters. 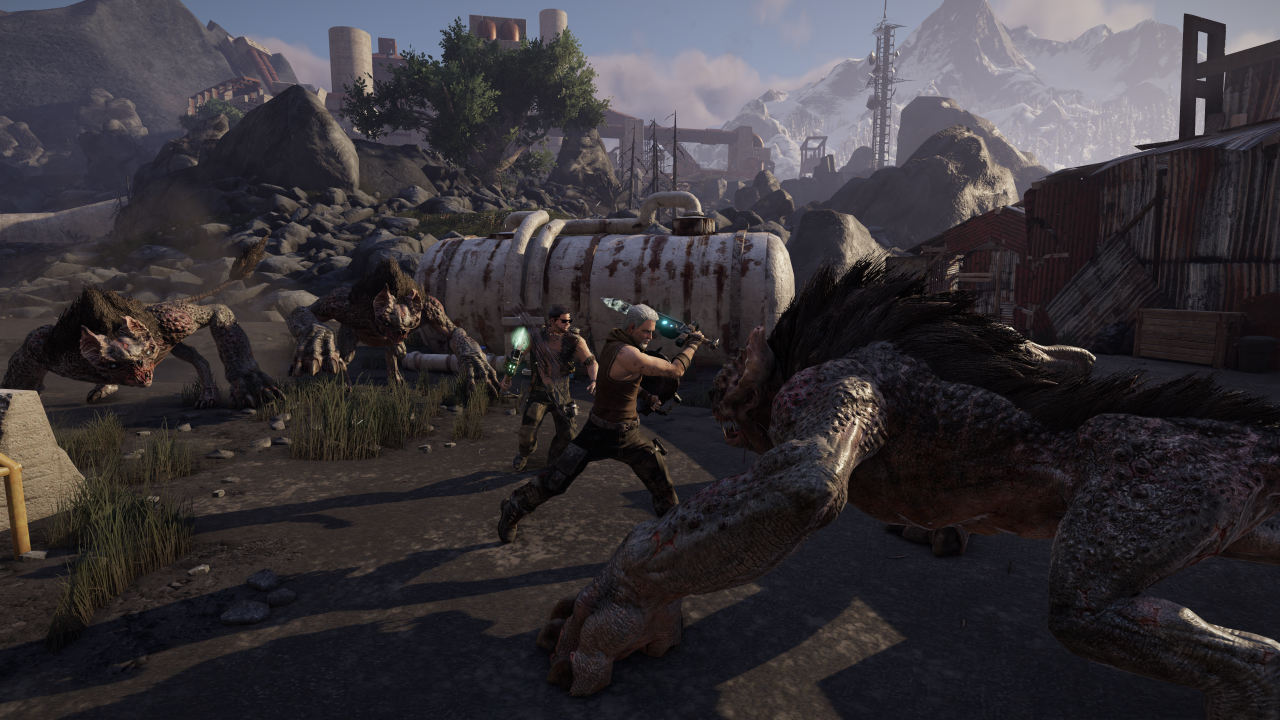 Since this is a large RPG, there are tons of items to obtain and there is even a crafting mechanic. Unfortunately, our demo didn’t go too far into detail on the crafting, but we did manage to see several resources to gather for it. There are several types of weapons, from ranged guns and bows to melee type axes and swords. Combat seems to feel like a hybrid of games like Dark Souls and Lost Planet, with different play styles for weapons. Ranged weapons don’t use up stamina but will instead use ammunition, while melee weapons use stamina for attacks. Dodge rolls will also use stamina, so players will have to be aware of their stamina usage when in tough battles.

Combat seems to be fairly complex, but the team at Piranha Bytes wanted to give players full control of their character. Without playing, it’s hard to get an idea of how the combat feels, but it seems to give enough options for players to find something they like. Companions can be brought into battles, much like The Elder Scrolls V: Skyrim or The Witcher 3: Wild Hunt. Having them in the midst of battle will likely give players an edge, but players shouldn’t rely too much on their allies given that they can still die. 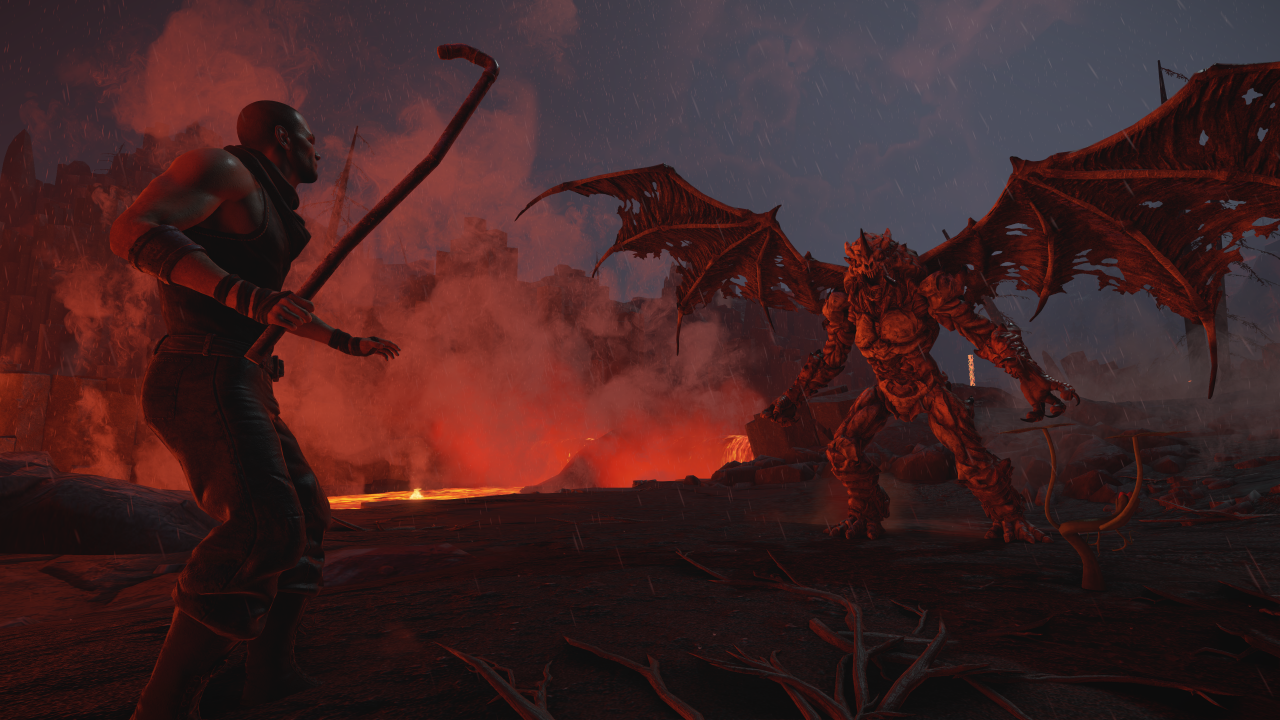 Elex tries to simulate a living and breathing world, so there is a day and night cycle to show the passage of time. AI will react accordingly to the time of day, as characters will sleep, wake up, go to work, and do various other things. Players can use this to their advantage if they want to raid a home for free items without penalty. This can also effect the combat as certain enemies only appear at certain times of day. The overall goal is to give the player a world that comes to life, evolving based on their choices and giving a sense of freedom of play.

Players looking forward to Elex won’t have to wait long, as players can get their hands on the title on October 17th. The game will release for PlayStation 4, Xbox One, and PC, and will come in either a standard edition, or a physical collector’s edition. The collector’s edition will include a premium display box, a figurine, a cloth world map, an amulet, soundtrack, and an art book. Given the track record of Piranha Bytes, Elex could easily become a hidden gem similar to the Risen or Gothic franchises.