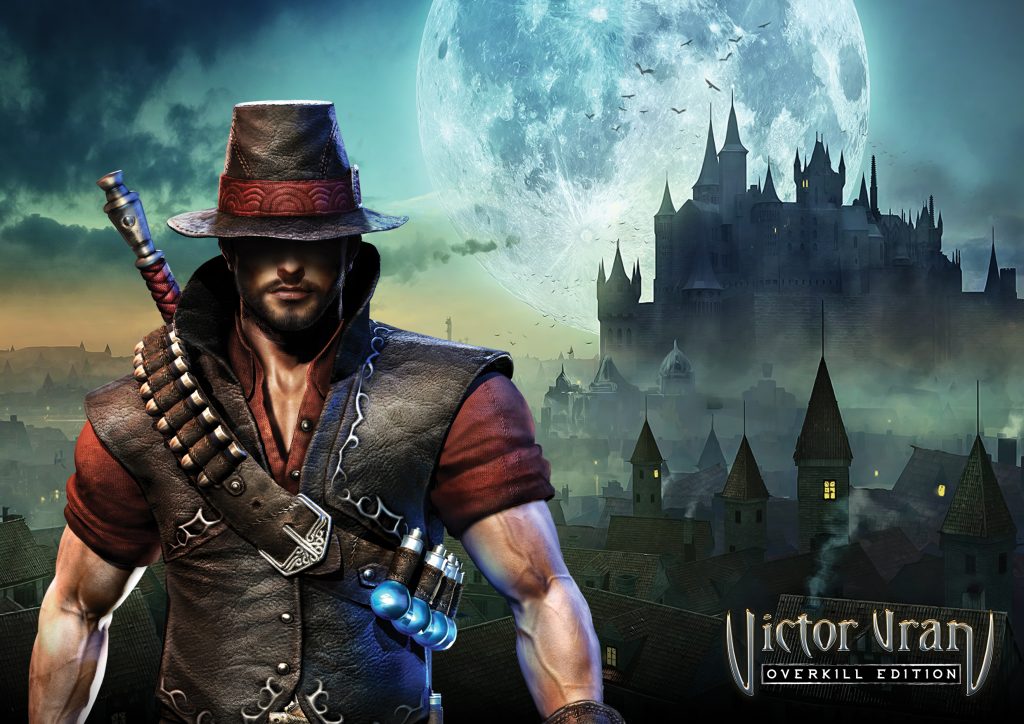 We’ve had a chance to check out the dungeon crawler known as Victor Vran: Overkill Ediiton, which aims to provide a solid experience on PlayStation 4 after receiving positive reviews on PC. How will this version hold up? Let’s dive into the game’s world and find out.

You take control of Victor Vran, a demon hunter attempting to locate his fellow hunter known as Adrian in a world plagued by supernatural monsters. The game features constant pop culture jokes, but overall, the story is honestly rather generic as he hunts down his pal.

The gameplay of this isometric action role-playing game is where Victor Vran: Overkill Edition truly shines. Akin to Diablo III, you see Victor in the aforementioned isometric view, and as you progress, you have a ton of  different weapons to choose from. These include axes, swords, shotguns, mortars, and yes, as odd as it may sound, even guitars.

The various monsters that you face also come in a variety of shapes and sizes. You’ll take on giant spiders, vampires, and even elementals as you struggle to find Adrian, and each tends to look quite different from each other, as well as utilize different battle strategies. Wraiths, for example, tend to utilize a mixture of melee and ranged attacks to keep you on your toes, while others may simply snipe from afar or charge in to wipe you out face to face. The sheer variety really speaks to how much thought the developers put into the game, and it is sure to keep you guessing as you come across new enemies for the first time. 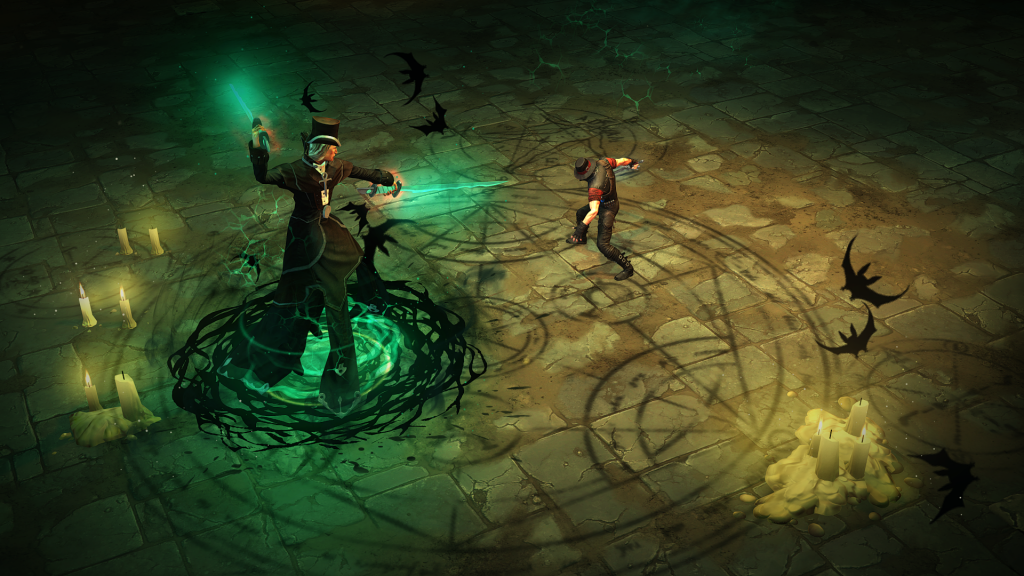 As a dungeon crawling action RPG, you can expect to find a ton of gear to obtain. There are plenty of weapons and trinkets to discover that will surely help you along your quest, although there are also a few differences that help the title stand out from other titles that are similar. Perhaps the main difference is that, instead of picking up random pieces of armor, you actually collect full outfits that feature a variety of the usual buffs, such as increased health and better special ability regeneration.

In addition to the gear system, you also have a Destiny Card system, allowing for further customization of your hunter. Each cad features different stat increases, as well as new abilities, although you can only equip a certain number at once. 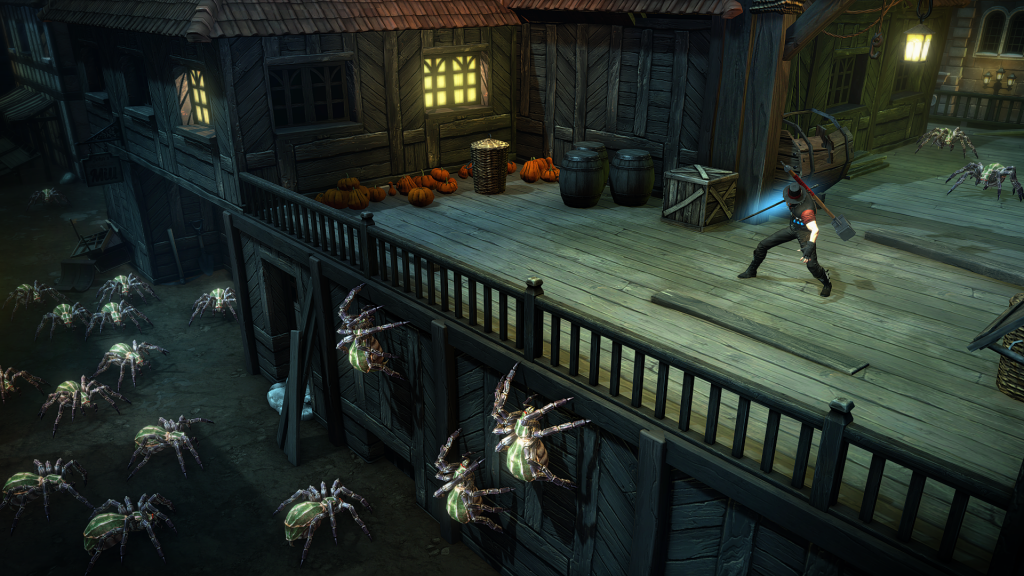 Another feature that helps Victor Vran stand out is the optional challenge system that you can participate in. As you enter an area, you will be presented with a variety of challenges. These require at least one prerequisite for you to meet before you can attempt to complete them, and the special objectives can be quite satisfying to complete both for the challenge and the rewards, as you can obtain a variety of loot and experience. When you factor in that you can revisit completed areas, this stands as a rather compelling reason to revisit said areas.

Next up, the title features special Hex cards that can be activated and grant the enemy extra stats, such as being able to dish out even more damage to your poor hunter. These effects can be stacked as you activate multiple cards, and some may wonder why you would ever activate these cards. The answer is, for even those that don’t care for a challenge as much as some of us, still rather simple; Both the amount of experience and the loot that you can obtain when this system is activated increase quite a bit. 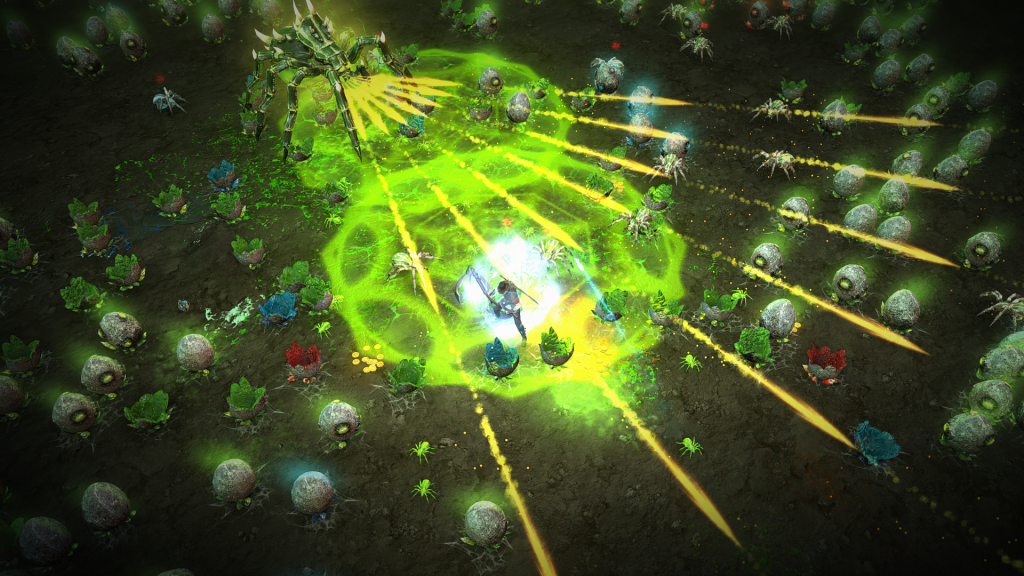 The PlayStation 4 edition features three campaigns that can be taken on via solo or multiplayer (which comes in both local and online varieties). Each of these campaigns offers up quite a few beasts for you to take on, as well as a ton of quests to complete. In addition to the standard campaign, you have the Fractured Worlds campaign, which features Victor attempting to piece together memories of his past, as well as dungeons that shift on a daily basis. You also have the Motorhead-themed Through the Ages expansion, which features the heavy metal music as you battle across a landscape held by a demonic Nazi regime.

One intriguing thing about the three campaigns lies in being able to swap between them at any point without having to worry about losing any progress.

The title actually runs at a smooth 60 frames per second, and I cannot recall any slowdown myself, although I have had friends that mentioned it did so in more chaotic scenes. The weapons also have sounds that compliment their attacks quite nicely, and the background music, especially in the third campaign’s case, can be great for fans of the genre. 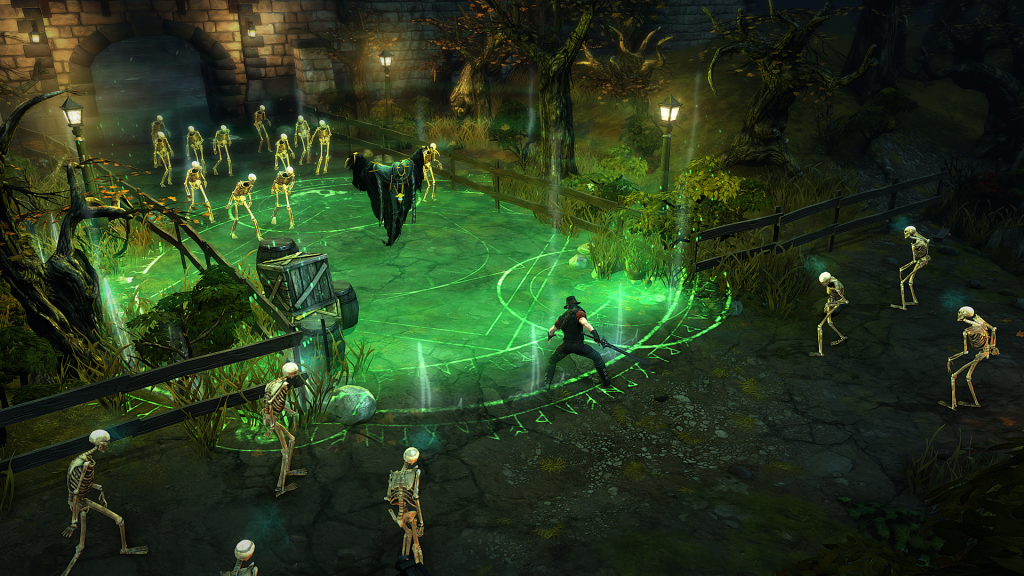 Victor Vran: Overkill Edition offers up an interesting experience that dungeon crawler fans should enjoy. With a variety of gear to collect, supernatural beasts to take down, three campaigns to battle through, and extra challenges, you can easily put in time that racks up to the triple digits and still have quite a bit to experience.