Square-Enix had a surprise hit with Life is Strange, the episodic game with consequential decision making. Dontnod developed a great story with an excellent visual style, great acting, and a fantastic rewind function. Fans worldwide loved the emotional storyline and the memorable characters, and while Dontnod continues to develop a sequel, Deck Nine was given the chance to create a prequel story for fans of the original game. During E3 2017, it was announced that Life is Strange: Before the Storm, was in development and set for release later this year. Square-Enix and Deck Nine gave GotGame the chance to watch a live demo of the new prequel behind closed doors, and we happily accepted. 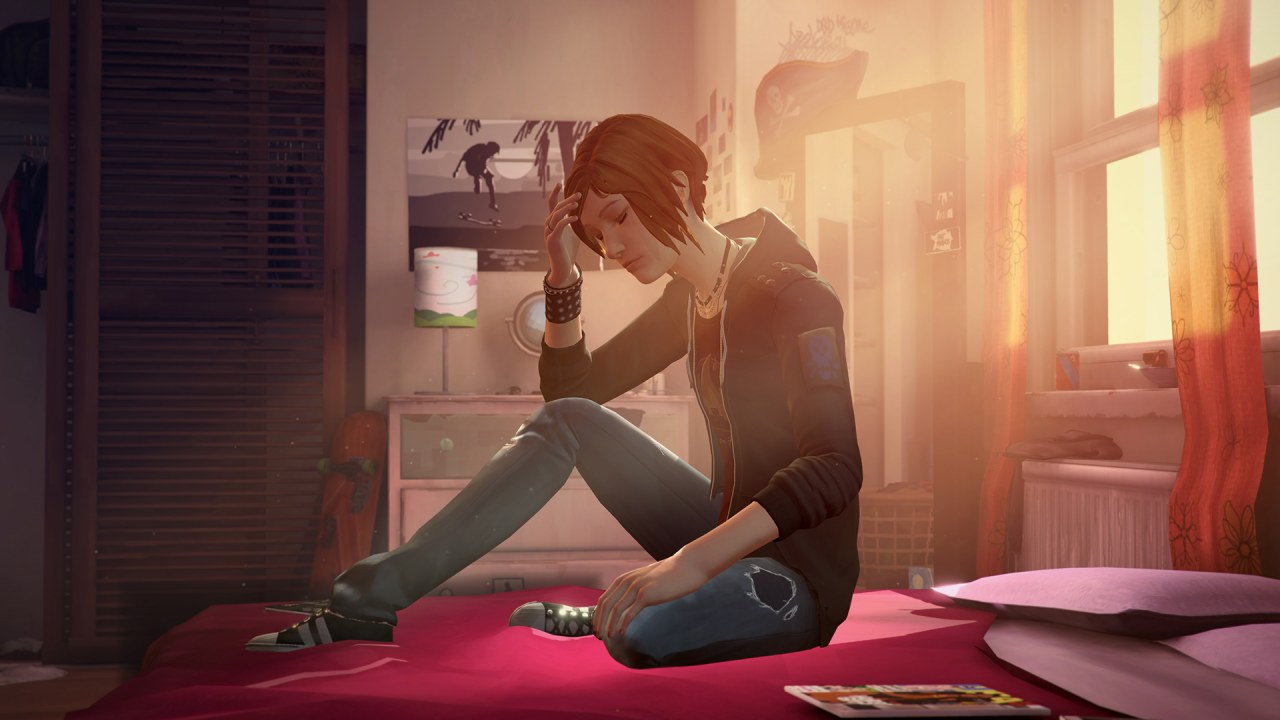 Life is Strange: Before the Storm takes place three years before the original game, giving players control of Chloe when she was 16 years old. Unlike Max in the original game, Chloe doesn’t have any supernatural abilities to rewind time, so decisions are much more important. Since this game is a prequel, fans might recognize certain places or characters, getting a chance to see them before they appeared (or disappeared) in the original game. It is worth noting that Chloe has a new voice actress, as Ashly Burch was unfortunately unavailable due to the voice actors’ strike.

For the most part, the gameplay remains the same, sans the rewind mechanic. The photography options are replaced with graffiti, with Chloe able to mark up the world with select choices for the player. Many actions will have no effect on the main story, but the game will always tell the player when it will. These consequences will not always be obvious, and while there is no “right answer”, players may want to do what they feel is best for them. 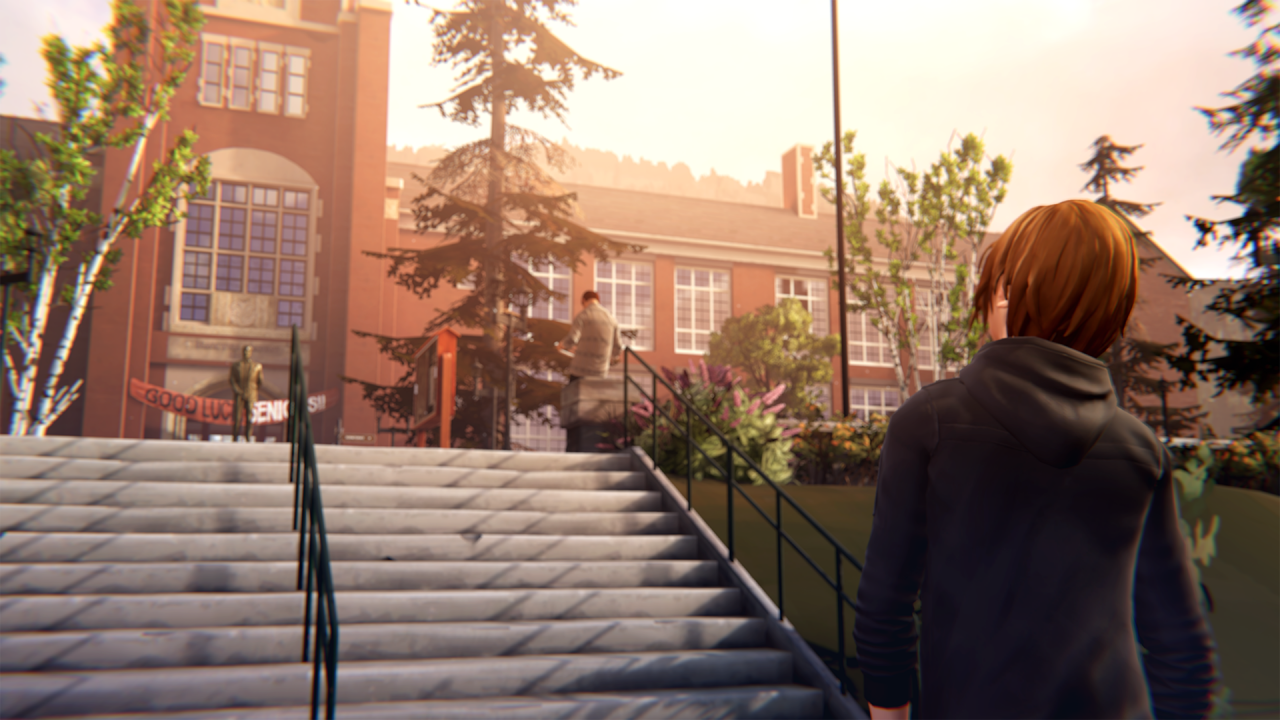 Sometimes the choices made in the game, while not exactly with good intent, may provide the best story experience. It may be more interesting to steal some money, or to throw a punch at someone giving you problems. Regardless of the path chosen, it is ultimately up to the player, and that is what makes each decision carry a certain amount of weight. Players will sometimes have two or three options, some even affected based on previous actions. There is a lot of inner monologue inside Chloe’s head, which can give a better sense of how the character feels about the decisions.

Perhaps the most impressive quality of Life is Strange: Before the Storm, is just how closely it resembles the original game. Even though it’s developed by Deck Nine, it still looks and feels familiar. The presentation is superb with stellar voice acting and music, and the style still works well with the story. One particular segment involved Chloe trying to watch a band perform, and while their music may not be universally enjoyed, it clearly sounds good to Chloe, and the player can get a true sense of that just by watching her reactions and seeing her passion. 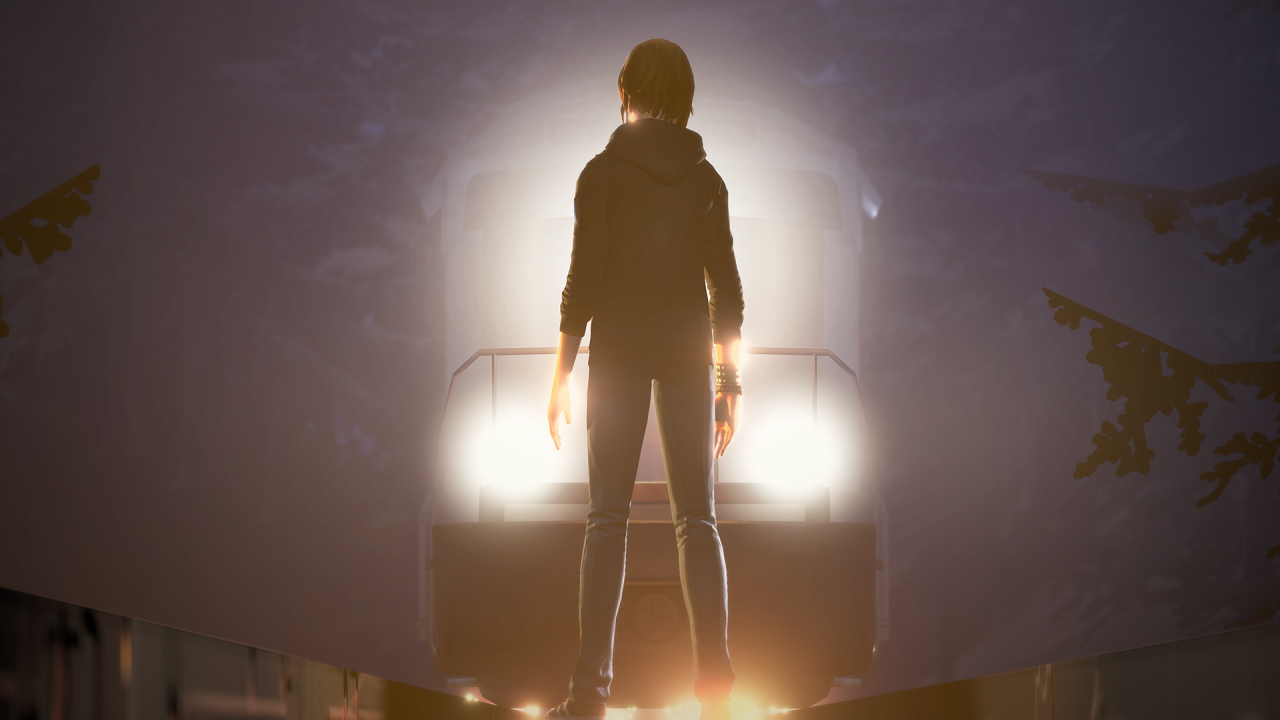 Speaking of passion, it seems like the prequel will do a great job exploring the emotional side of the story. The team doesn’t shy away from traumatic moments and even does a lot to play with the heart strings of the player. Seeing a character show true sadness can strike a chord within a player and bring out emotions they didn’t even expect. This will be especially true for players that play the original Life is Strange, truly getting a connection with certain characters and seeing what may have changed them. 16 year old Chloe is a much less damaged girl, but she’s always at the breaking point, and the player gets to experience that with her.

Life is Strange: Before the Storm will continue to be episodic, but the prequel will be much shorter with only three episodes. The original game was five episodes long, but Deck Nine promises to have roughly six to nine hours of story for players to access. Luckily, fans won’t have to wait too long, as Life is Strange: Before the Storm releases the first episode on August 31st, 2017. The game will be out for PlayStation 4, Xbox One, and PC, and the PS4 version of the original game is currently free for PlayStation Plus members during the month of June.