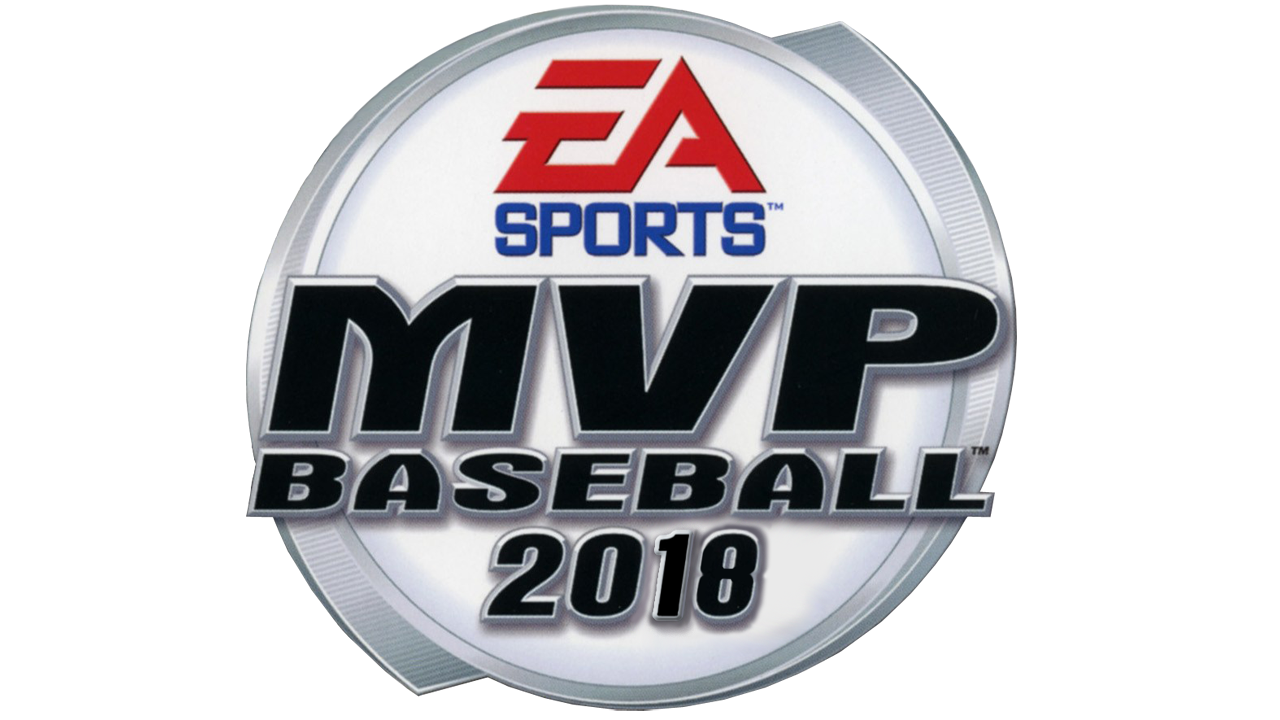 Electronic Arts has been in the business for a long time, and they are easily the most well known sports game publisher. EA Sports is the house of heavy hitters like Madden NFL, FIFA Soccer, and NHL Hockey, but they’ve done other sports in the past. NBA Live was recently revived, but it has been experiencing some trouble within the industry to maintain an audience. NBA Live 17 didn’t even release, but apparently NBA Live 18 is happening regardless, so EA isn’t throwing in the towel just yet. Perhaps they should instead focus on reviving MVP Baseball, a series that they haven’t used for years.

Sony is currently ruling the genre with MLB The Show, as it was doing so well for them, the MLB 2K series got canceled. With no big baseball games on non-PlayStation platforms, it seems like someone needs to step up. Who better than EA to try to fill the gap? Even if they have to compete with Sony on the PlayStation platform, an Xbox One or Switch game may help fill the void of licensed baseball titles. It could be a risk, but overall, it may be worth gambling on this opportunity. Maybe we’ll see a surprise announcement at EA Live. 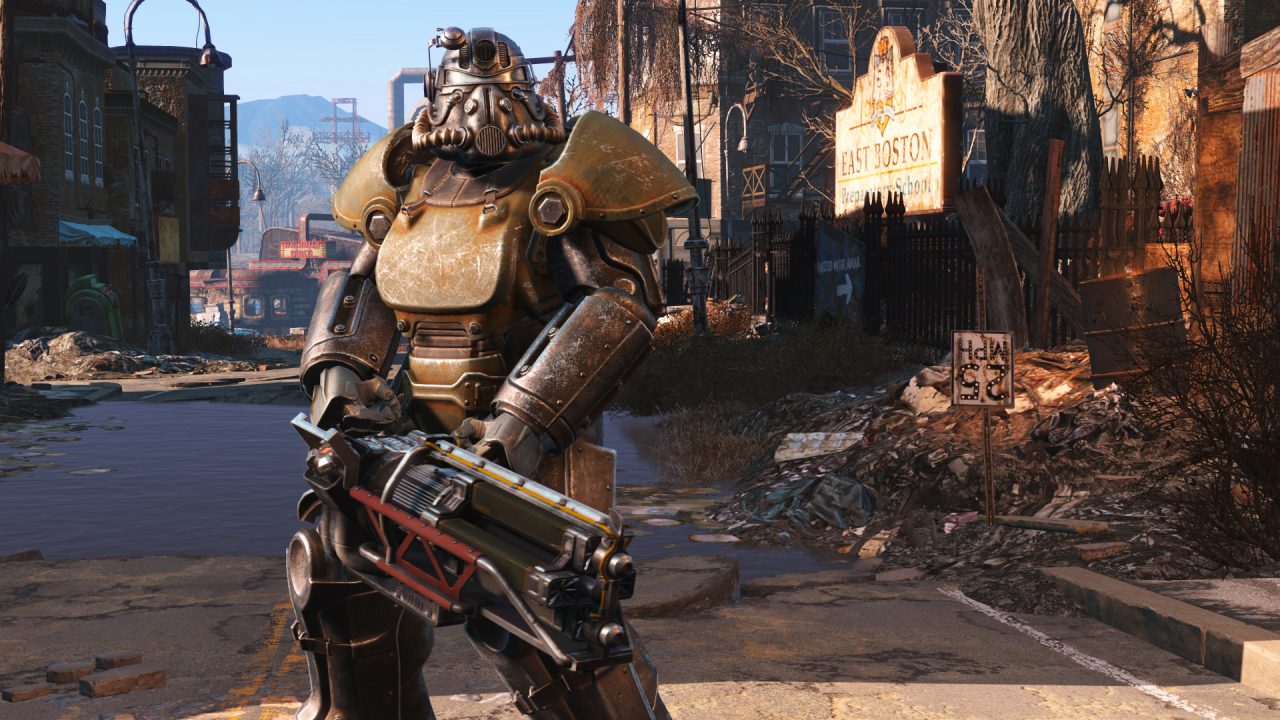 Fallout 4 released back in 2015 and has been a high-selling game in the franchise ever since. All of the post-release content has been released for some time now and it seems a bit unusual that there hasn’t been a complete edition announced. It’s 2017, so it’s a little late to call it a “Game of the Year” edition, but surely, Bethesda will take some time to drop some Fallout news during the Bethesda Land conference on Sunday.

A Fallout 4: Complete Edition may even be ripe for a release on the Nintendo Switch. Bethesda already showed interest in releasing The Elder Scrolls V: Skyrim on Nintendo’s platform, so a Fallout 4 port with all the downloadable content included makes sense. We may even see an announcement for a new Fallout game in general since it’s been a little bit. It wouldn’t be unusual to hear about a spin off like Fallout New Vegas being in development. 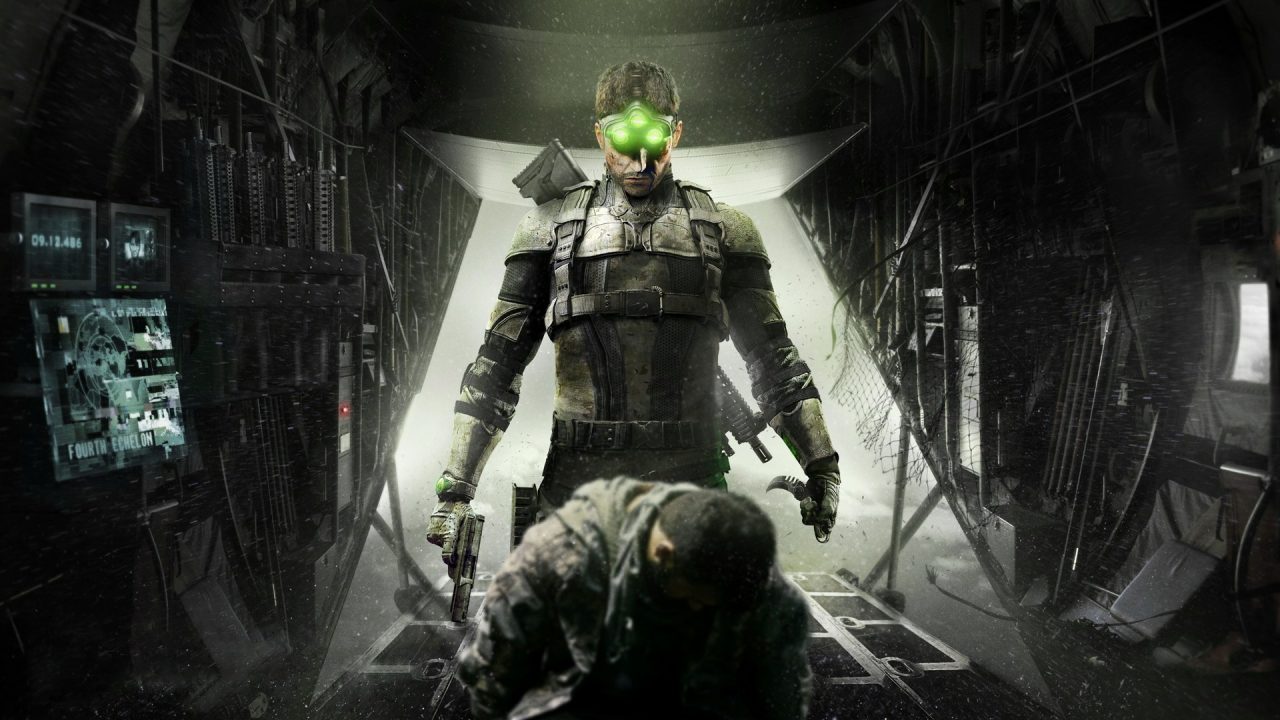 Ubisoft apparently filed a trademark for a new Splinter Cell game a few weeks ago, which seems about right for them. It’s been four years since Splinter Cell: Blacklist released, and it’s the Tom Clancy series that hasn’t had any attention for a while. Rainbow Six: Siege is enjoying a second season of content and Ghost Recon: Wildlands is still fairly fresh in the wild. If a new game were to be announced, Ubisoft will likely make the announcement on Monday during their press conference.

There have been rumors that in the case of a new Splinter Cell game, Michael Ironside, the original voice of Sam Fisher, would return. Having been replaced back in Blacklist, it would be a welcome return for fans of the stealth action series. Ubisoft may even take this moment to announce the live action Splinter Cell movie, which has been in the planning stages for quite some time. It would be hard to say if it will be more successful than the recent Assassin’s Creed movie starring Michael Fassbender, but only time will tell. 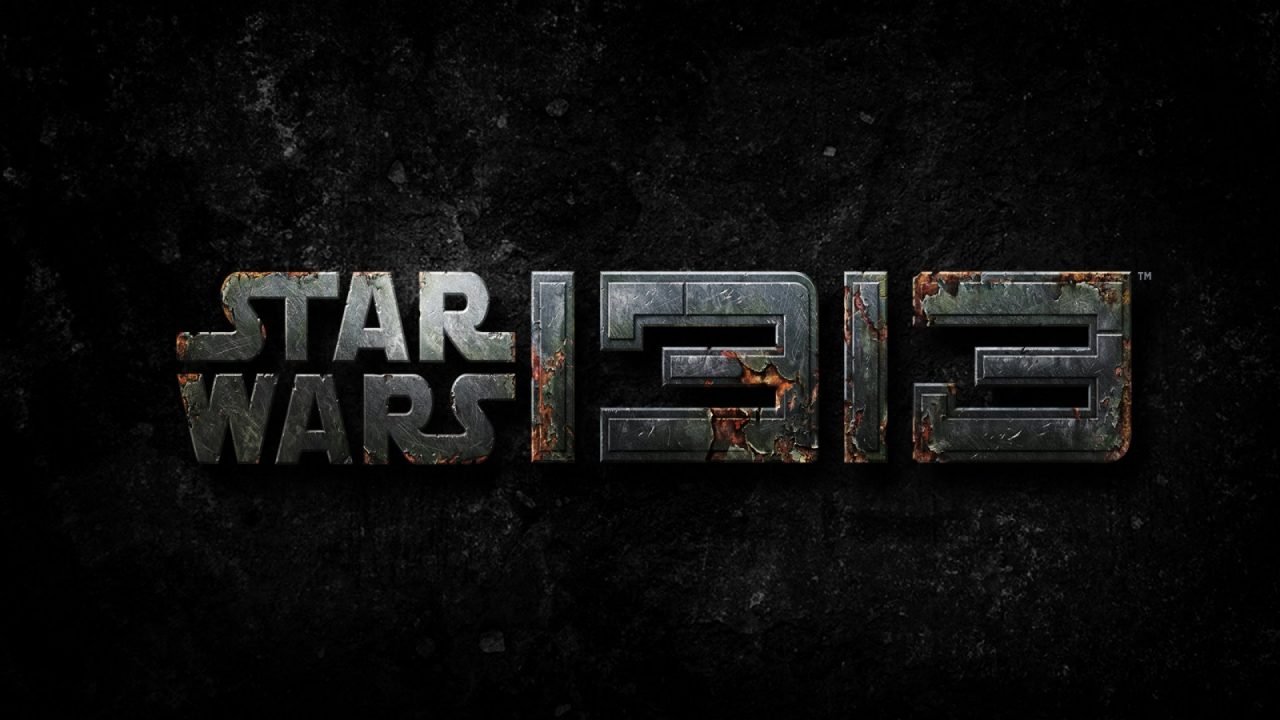 EA made sure to announce Star Wars: Battlefront II early on this year, building up hype with a brand new story campaign between the sixth and seventh installments of the film series. While one Star Wars game is already revealed, it’s not a secret that other games are in the pipeline. There is still the mysterious game being worked on by Visceral Games as well as projects that have been stuck in limbo for a while (like Star Wars 1313). EA might not have it playable this year, but it seems about time to announce at least one more Star Wars game.

With the pretty large history of Star Wars games out there, it could be anything. Perhaps a new Jedi Knight game, or even a new single player RPG like Knights of the Old Republic. The Star Wars franchise has a lot of rules now, especially when the canon is involved. Disney is a little more strict with original stories these days, so a lot of content has to be screened by them first. Given that EA has the luxury of making several Star Wars games under the license, it’s likely Disney would have approved a new story from them besides the one present in Star Wars: Battlefront II. 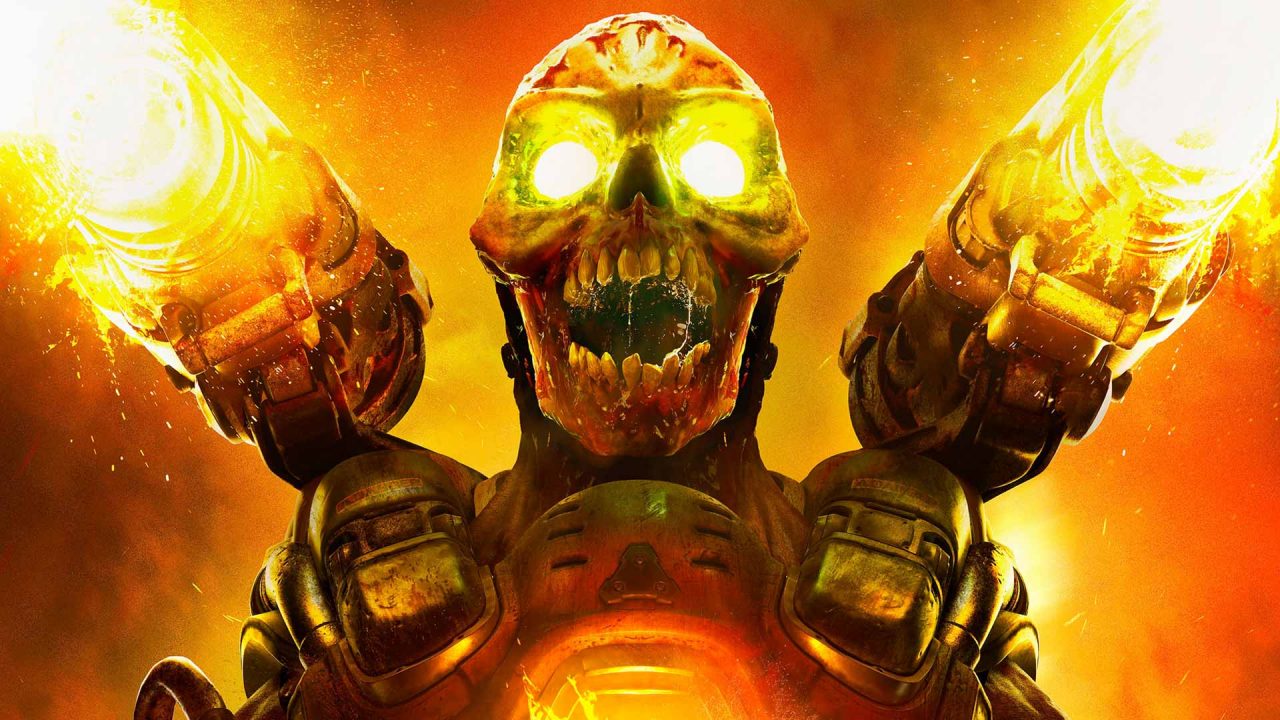 Bethesda made it seem like we’ll likely see some Doom content at their conference on Sunday, so if not a brand new game, it might be time for a spin off. Perhaps the most likely choice would be a VR game. Bethesda already teased a Fallout 4 VR experience last year, so perhaps they might take their Doom franchise and do the same thing. They may even do Skyrim in VR, but Doom seems like a much more likely game to use.

Going through the various levels of hell and brutally killing demons in VR seems like it could work fairly well. If this made it’s way to Oculus Rift, HTC Vive, and PlayStation VR, then it could be a revival to the VR experience. Doom is a very fast-paced game though, so the challenge for id Software would be to find a way to reproduce the experience without players feeling sick. Then again, given the gruesome and gory content of Doom, that might be pretty difficult anyway. 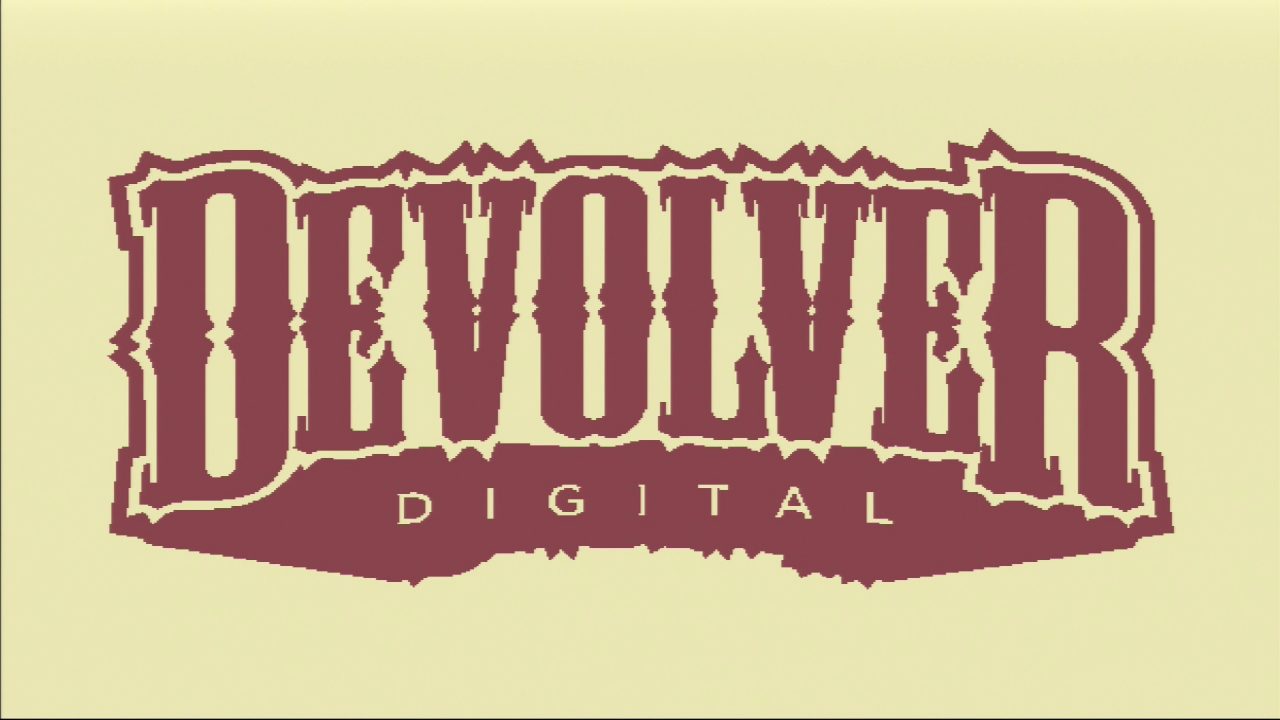 Devolver Digital is a bit of an unusual publishing company. They almost exclusively publish independent titles, so seeing them go as far as to make a press conference this year is a bit of a surprise. They must have something big to announce if they want to make a whole press conference for it. They already tweeted that it won’t be to announce any new games, so it has to be something else. Perhaps it will be to see all the games they’re publishing for the next two years in one big showcase.

It would seem odd to make a press conference for just independent games, so maybe the big announcement comes in the form of hardware? Maybe Devolver Digital is making the step into making a console dedicated to indie games. It might be a streaming console similar to the NVIDIA Shield or the EMTEC GEM Box. It wouldn’t be an unusual move given how many games they publish, so partnering with even more developers to bring content to a new console would be a good move. Whatever they do, our biggest question is why Goichi Suda (Suda51) will be in attendance. 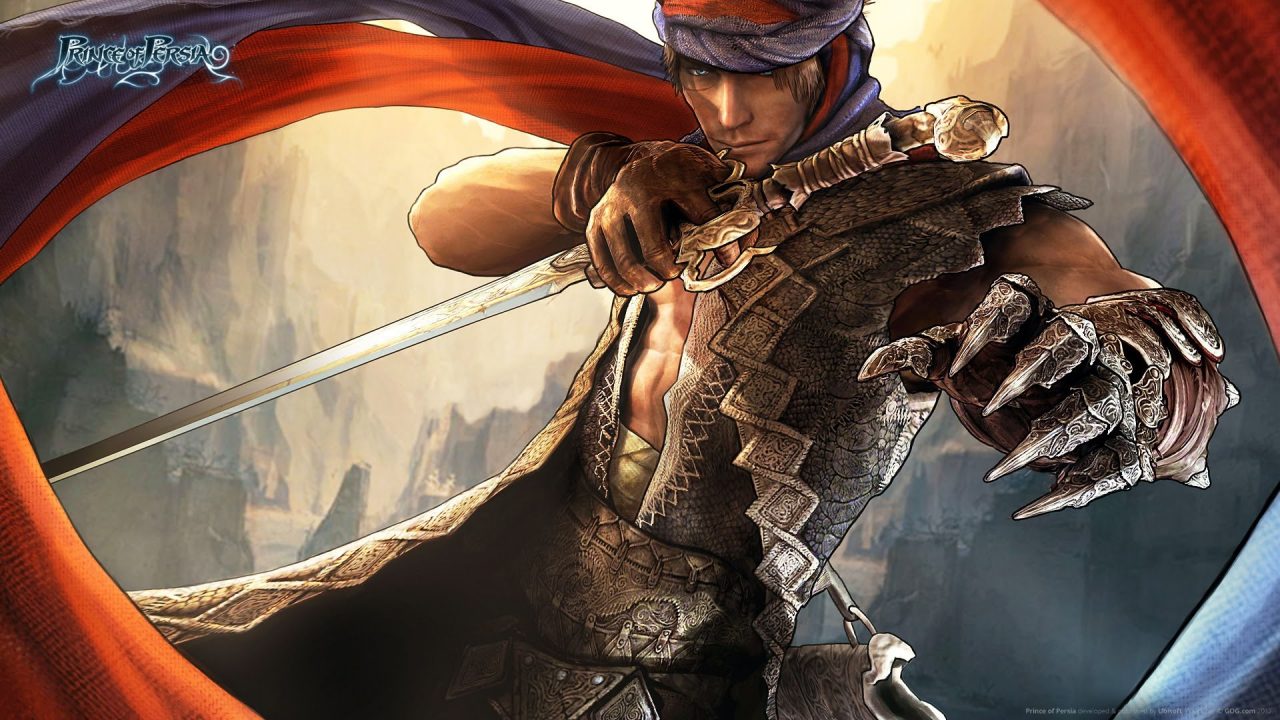 The Prince of Persia is a pretty iconic franchise for Ubisoft. Given that the 30th anniversary of the series is in a couple years, perhaps it’s about time to bring the Prince back. The last official entry we saw from the series was in 2010 with Prince of Persia: The Forgotten Sands, which brought back the Sands of Time version of the titular character. Before that, in 2008 there was a rebooted series with another Prince, a unique style, and a fair amount of critical acclaim.

It might be a good idea to revisit that particular version of the series, as the game was left open ended. It also pointed to a pretty grim future for this Prince, so seeing how that story ended up would be cool. Overall, seven years without a real Prince of Persia game seems much too long. Fans would probably rather see this than yet another Assassin’s Creed game (which seems all but confirmed to be revealed this year at E3).

That’s it for our final predictions of E3 2017, covering the third party press conferences. While we could’ve probably made more predictions, many announcements have already been made by other companies, so it was best to focus on the publishers that had a press conference. EA Live will be tomorrow, June 10th at 12:00 Noon PST, with Bethesda at 9:00PM PST on Sunday June 11th. Devolver Digital will have Monday morning at 11:00AM PST on June 12th, and Ubisoft at 1:00PM the same day. What do you think of our predictions? Anything that you want to see from these companies? Feel free to discuss in the comments as we would love to hear your speculation.