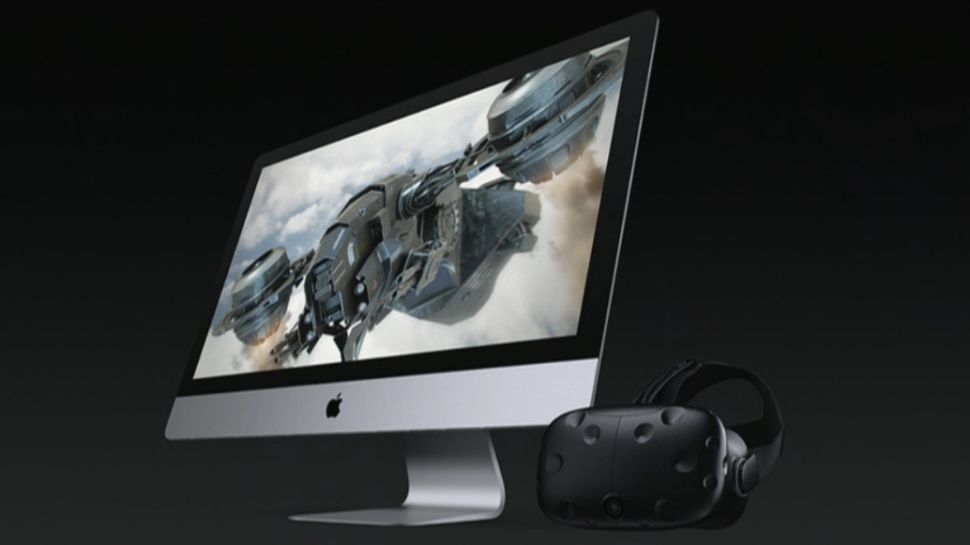 During the Worldwide Developers Conference 2017, Apple was excited to announce that they are embracing Virtual Reality, showcasing their commitment with the HTC Vive. Through the newly announced external GPU, developers and content creators can utilize a beta of SteamVR and High Sierra, the new Mac Operating System, in order to access the creative power of Vive while utilizing their Macs.

This new partnership with Apple is just another of HTC Vive’s partnerships with innovative tech giants. Others include Google and Intel, with Apple now joining them in aligning their VR efforts around Vive.

What Apple showed was none other than utilizing a Vive with ILM and Epic, showing off high-end VR running for the first time on a Mac in front of thousands of developers.

The Vive team stated, “We built Vive to be an open and always growing platform for VR.  The Vive ecosystem is expanding every day through efforts including the more than 60 companies in our global Vive X accelerator program that are defining the future of VR technology, products like our Vive Tracker with new content and experiences for VR, and Viveport, our hardware agnostic content and distribution platform.”

“With partners like Apple,” they continued on the official blog, “Google, Intel and dozens more, we will continue to make Vive the best VR platform for consumers, developers and enterprises alike.”

Are you excited for VR on your Mac?