Telltale Games has had a long career in crafting stories based on various franchises. One could argue that they didn’t really hit their stride until they released The Walking Dead: The Telltale Series. Over the past few years, fans have grown to love the Telltale spin on Robert Kirkman’s zombie infested universe. The emotional storytelling, the difficult decision making, and even the strong relationships formed; Telltale is a master at these aspects. The Walking Dead: The Telltale Series – A New Frontier, the third season of the series, took a slight detour in the story, but ultimately delivered where it counts. The season finale, “From the Gallows”, manages to bring everything full circle with a satisfying conclusion that is worthy of the series. 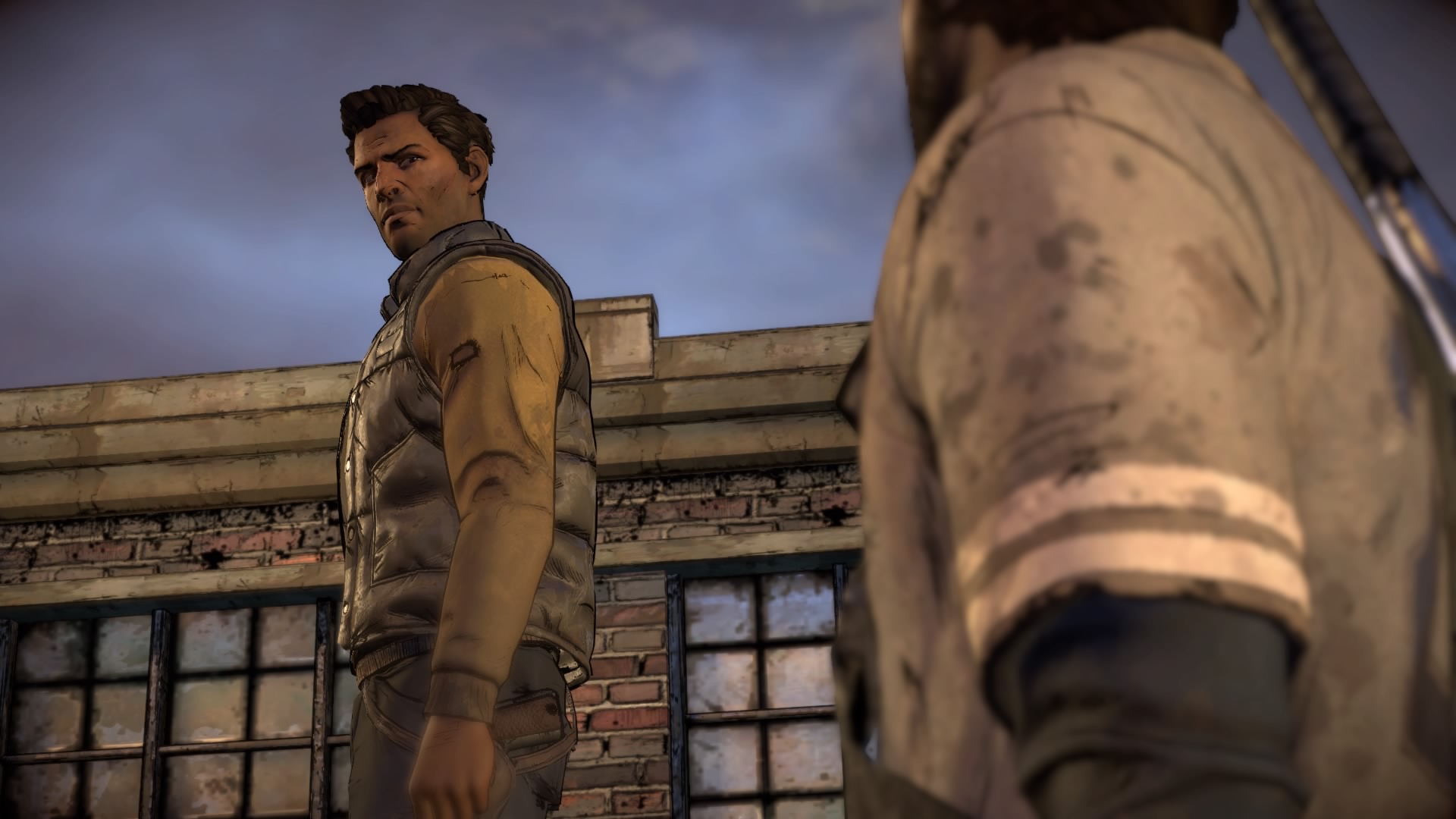 Throughout the season, players have gotten to know Javier Garcia, the new protagonist for A New Frontier. As he developed relationships with his family and allies, players were able to build Javier and tailor him to their style. Making tough choices, pursuing deeper bonds, and exploring his past, Javier has become an essential piece of the series. All of the hardships he’s experienced have been our own, and we make the decisions that ultimately determines the way the plot unfolds. A New Frontier had a strong start with the first two episodes, but started to lose focus in episode three before stumbling a little with four. Thankfully, episode five doesn’t suffer from the same problems and ends up bringing a strong and eventful bookend to the story.

Given the choices that can be made throughout the season, it’s entirely up to the player to determine who can make it all the way to episode five. Through impossible choices and intense scenarios, some of the bonds we choose to develop result in some very powerful stories. Arguably it’s the relationship formed with Clementine that matters most in this season, as her view of Javier ends up determining an important plot point. Clementine herself is also a strong character that players can easily gravitate to. Whether you’ve cared for her since the beginning or just started getting to know her, Clementine is powerful representation that adds plenty of heart to the series. Even through Javier’s actions, Clementine can also be shaped into an individual that is hardened through important decision making. 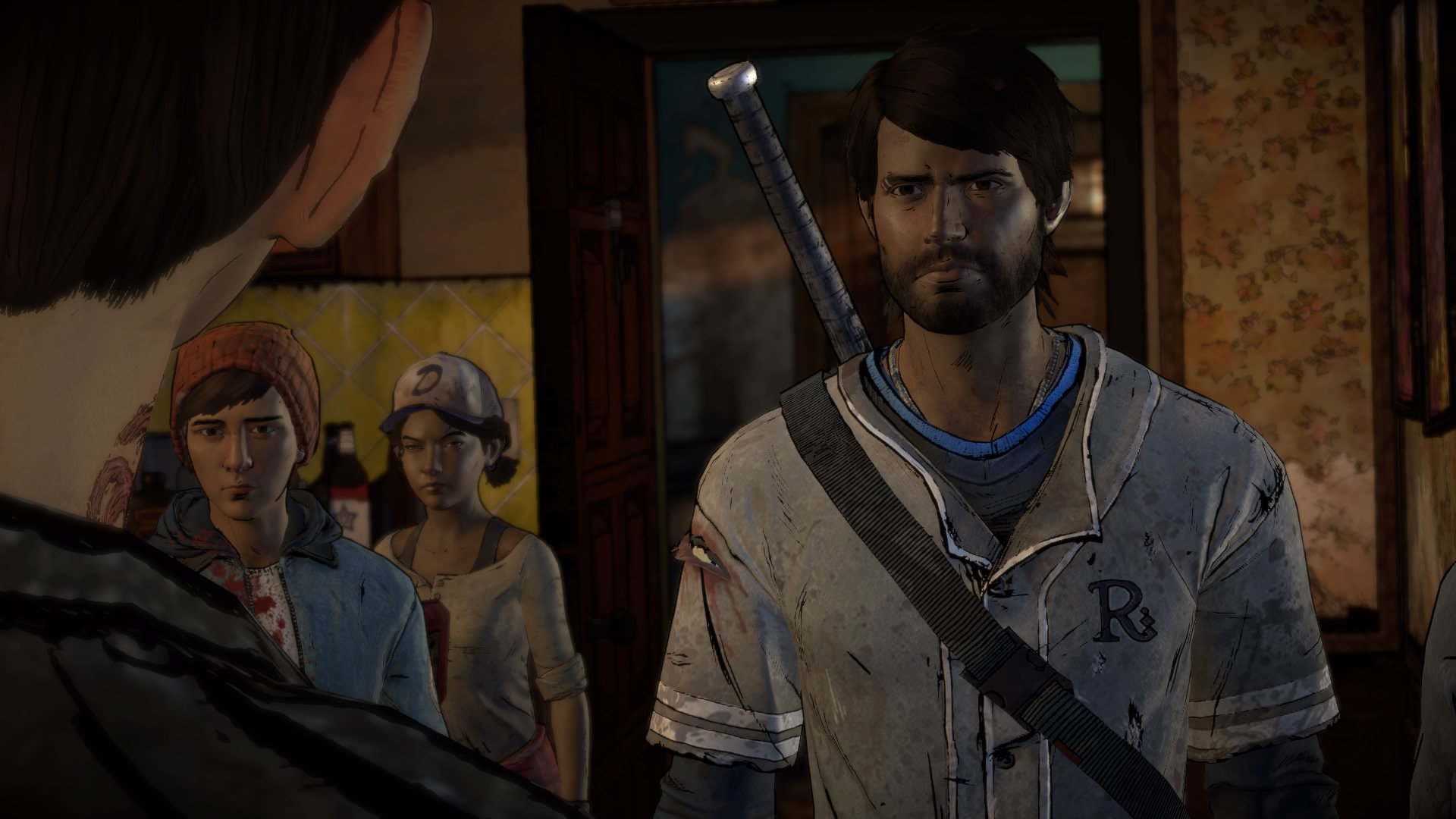 Some of these choices become most apparent just as the season ends, as the whole season is displayed before the player. All the important characters of A New Frontier are mentioned, giving a breakdown of what the player made of them. It really brings the whole season to light when seeing who survived, who didn’t, and who these characters get to be because of our actions. It can be a bit frustrating that some characters can potentially have their whereabouts unknown, but it doesn’t take away the main focus. The theme of family is still just as strong, especially in this episode. Whether this is about the family Javier starts out with or the family he makes with the people he meets, it still stands as a powerful symbol of this season.

Even when some of the characters in this family can become a pain, there are still emotional moments where we’re left to ponder our thoughts. Maybe they weren’t well liked in certain situations, but when that character is lost, and seeing Javier reflect on it, it can be a truly heartfelt scene. Even if we shape Javier to have a somewhat dysfunctional relationship with certain people, his genuine care still shows, especially if the player chooses to make him an all-around good guy. Even when some people have to face the hard truths, he can still show care in his own way. 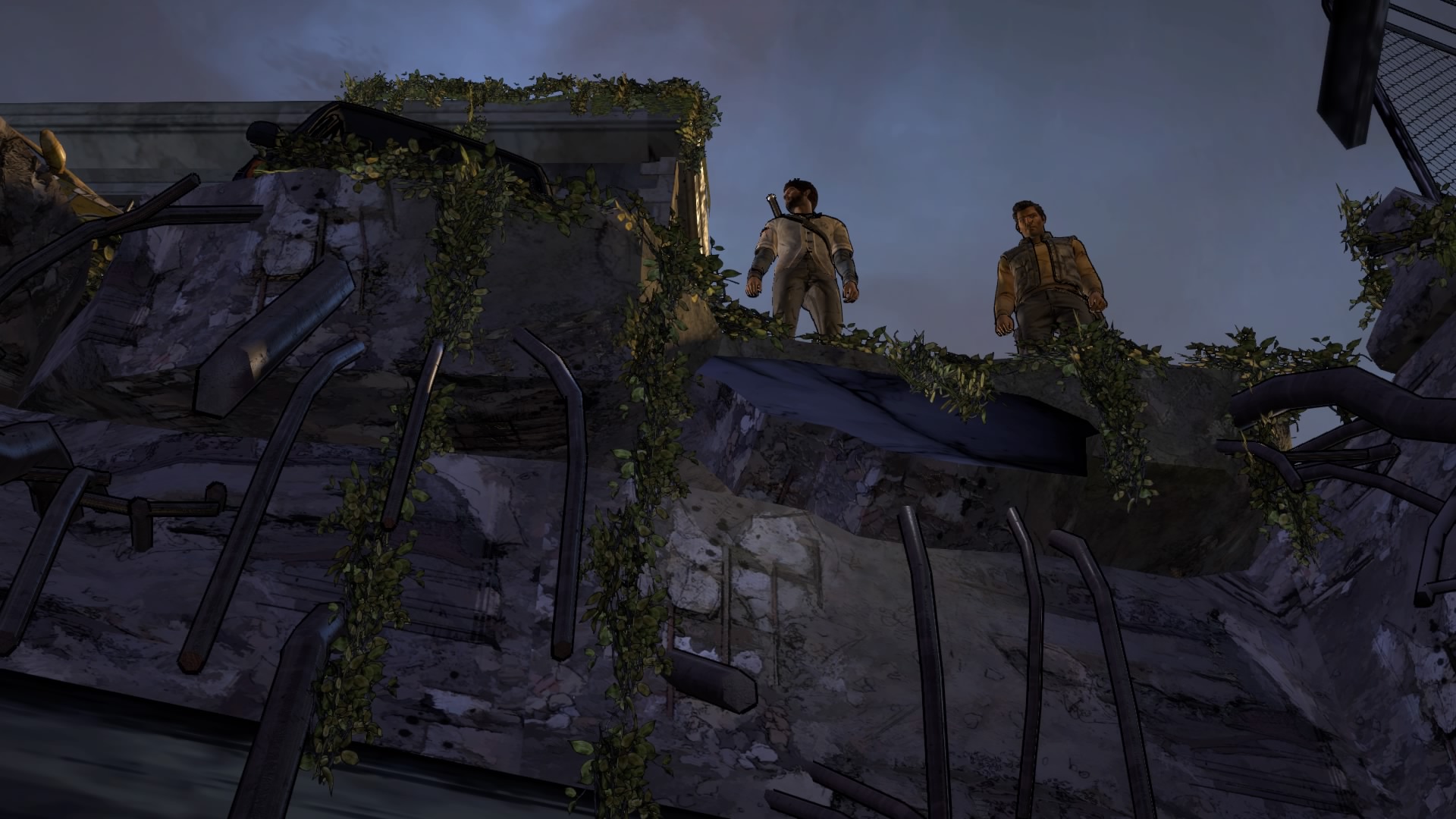 The action in “From the Gallows” is pretty intense, given lots of walkers to kill and people to protect. There are many opportune quick time events throughout, with plenty of bullets to fire and plenty of struggles to survive. Even though most of the action is against the undead, there is one particular fight that can also stir emotions. It comes as a nice change of pace when there can be a poignant battle where players can choose pacifism or put up a fight like their life depended on it. It’s when these moments arrive that players can truly appreciate the development that Telltale has done for these characters. While not all of them are A+ material, the main ones have their time to truly shine.

There are some other moments to appreciate in this episode, including a nice callback to previous seasons with a gross little suggestion from Clementine. Speaking of Clementine, Telltale decided not to do a flashback for her this episode, but instead tried to focus on her present situation. How the player chooses to follow the story will determine Clem’s future, whether it be promising or hopeless. Even though Clementine doesn’t have a flashback, Javier has an excellent one that explores his relationship with his father, one that makes perhaps the best flashback in the season. The events of the flashback contain several elements that carry over to the present of the episode, and it works extremely well. 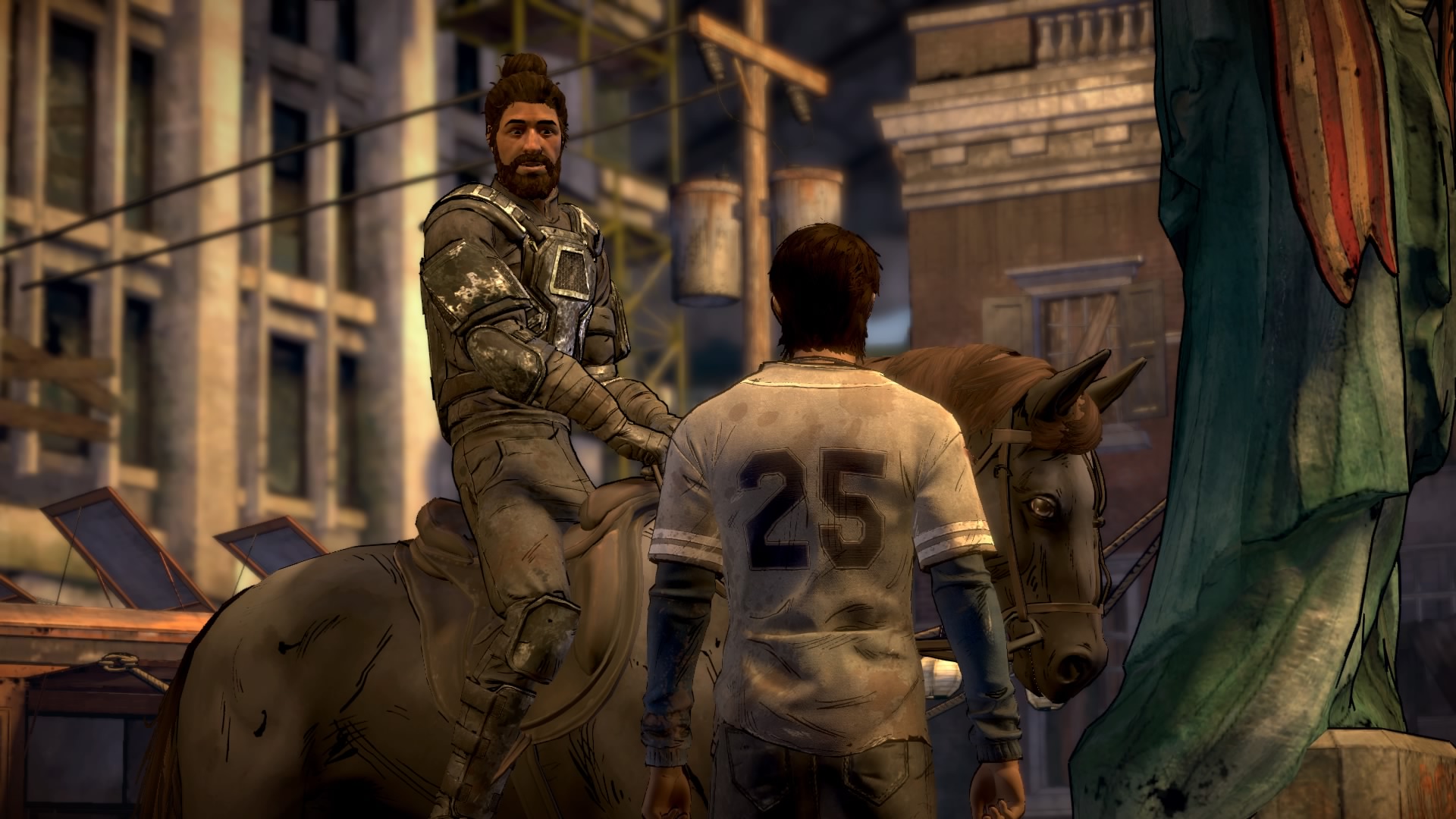 One other nice surprise was the use of a real song for the ending credits, something that was sorely missed from season two. It really made the ending have that much more impact, even though it wasn’t really lacking in the first place. It’s the thought that counts, and it shows here. Overall, The Walking Dead: The Telltale Series – A New Frontier does a fantastic job resolving most issues, while leaving enough mysteries to lead into a fourth season. Who the main character of the fourth season will be, that much is unsure, but we can look forward to seeing more masterful stories from Telltale. Until then, make sure to play this one to enjoy this incredible conclusion.