Prepare to take on the Kobayashi Maru with your HTC Vive 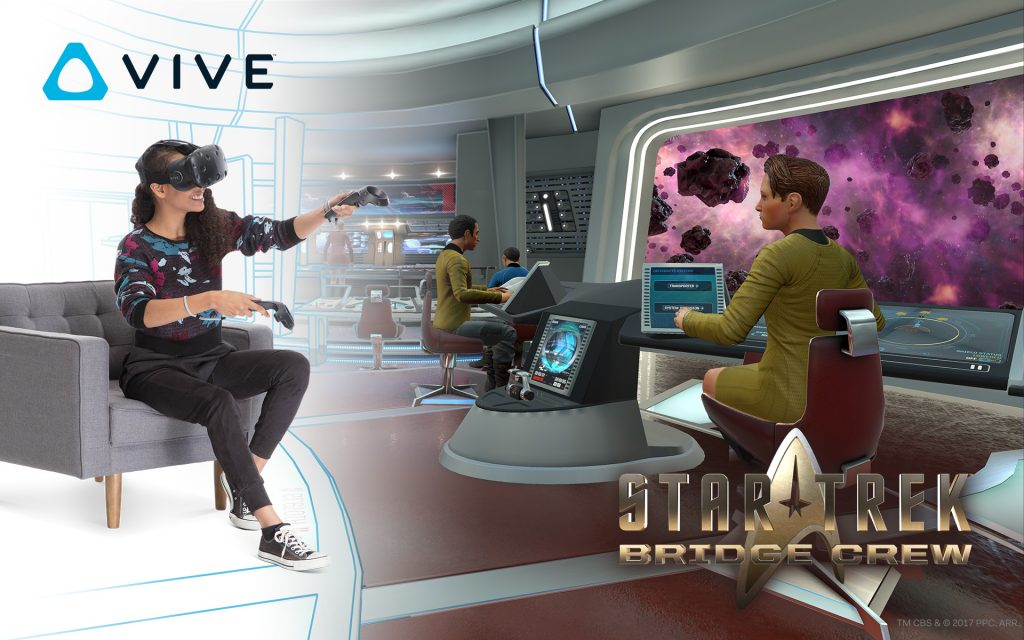 Star Trek fans should prepare their Vives to take on the famed Kobayashi Maru, as Ubisoft and HTC were pleased to announce that, starting today, those who purchase a Vive will also receive a free copy of Star Trek: Bridge Crew.

That’s not the end of the bundles, however, as HTC has also announced several other bundles. The first consists of bundling the Vive and a member of the MSI Radeon RX 580 family of graphics cards, which nets you a free copy of the title, and is available at Amazon, Newegg, Fry’s Electronics, and Micro Center.

The second bundle occurs as you build your own Cyberpower PC and bundle it with the Vive, which also nets you a free copy of the game. Those interested in this bundle will need to keep in mind that, in order to qualify, you will need to include the following:  Intel® Core™ i7-6800K, i7-6850K, i7-6900K or i7-6950X Extreme Edition on the Intel® X99 chipset  AMD GPU RX580 and above or NVIDIA GPU GeForce GTX 1060 and above.

For those unaware, all purchases of the Vibe includes two motion controllers and two Lighthouse base stations. Another bonus is that, in addition to the new Star Trek title, new Vive purchasers will receive Everest VR, Richie’s Plank Experience, and a free month of Viveport.

On the note of the new Star Trek: Bridge Crew, it has be developed for virtual reality from the ground up, placing you and your pals in the heart of a starship as officers of the Federation. Every action and decision you make, therefore, will determine the fate of your ship and crew alike.

Daniel O’Brien, GM of US at HTC Vive, stated, “Star Trek has always pushed the boundaries of the imagination and the concept of virtual worlds. Ubisoft and Red Storm have made a huge commitment to bring AAA gaming to virtual reality and the Vive. We couldn’t be more excited to bundle copies of Star Trek: Bridge Crew with Vive purchases to celebrate the launch, and at the same time offer different PC bundles to bring more people into the experience.”

The title features single player and up to four player online co-op multiplayer. The Federation dispatches you and your crew to command the new vessel, the U.S.S. Aegis, as part of a critical initiative. Gamers will be able to utilize a single set of Lighthouse base stations in order to enable local multiplayer for an entire Bridge Crew.

Finally, in celebration of the launch of the game, they were excited to announce that they are taking over the new all-Vive VR arcade in Seattle, known as Portal. Beginning at 5PM on June 1, they will invite teams of all sizes to take the helm of the U.S.S. Aegis, and those interested can attempt to register at the official site for a demo time, though slots are limited.

Are you excited to crew the U.S.S. Aegis?