In the last few years, drones have become a global sensation and every day, more and more people decide to start this hobby. The reason for the expansion of this hobby is the fact that today’s UAVs (Unmanned Aerial Vehicle, but we will use the more popular term – Drones) are far simpler to control and come with many more interesting features that can be used for numerous purposes. They practically fly on their own if you want them to.

But, even though modern drones can take off by themselves, and land as well, and even fly the pre-set flight path, you still need to have some skills to control it if something unexpected happens. So, flying experience is needed no matter which drone model you choose. The interesting thing is, the science has discovered that, when it comes to learning how to control (or pilot) a drone, from scratch, there is a certain type of people that have an advantage. Those people are gamers! It appears, or at least the scientists claim, that when you play video games, certain areas in your brain develop more than with people who don’t play them, and those parts of the gamer’s brain are exactly what comes in handy when it comes to drone piloting. Who knew that countless hours of Call of Duty, Crysis, or perhaps Grand Theft Auto series, would become handy?

Furthermore, it is wide known now that the military around the world has been recruiting gamers to become drone pilots and control drones on real-life missions. But what are the skills that gamers develop over years of video game playing that are actually useful when it comes to controlling a drone? Keep reading and we will enlighten you. 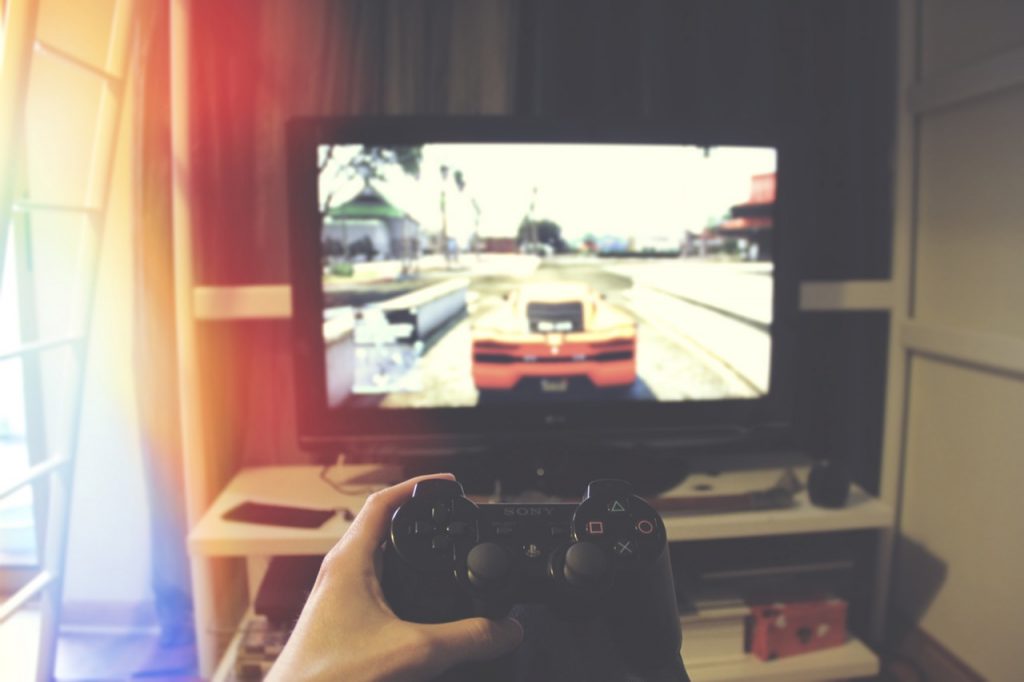 If you are a gamer, and I mean a real, hardcore gamer, not some casual, from time to time gamer, you have probably become aware till now that when it comes to games, you have developed a skill that allows you to concentrate on more things at the same time without even thinking about it. For example, if you ever played World of Tanks, then you know that in order not to get killed in the first 15 seconds of the match, you need to be able to aim at your enemy with the tank’s turret, maneuver the tank through the map and keep it from not getting stuck in a house or a tree, and keep an eye on the radar so that no one gets behind you unexpectedly, all at the same time! Well, that is multitasking for you! This particular skill is great if you have a drone with a moving camera, meaning that you will be able to control the drone and keep it flying where you want, without hitting anything or anyone, while at the same time being able to tilt or pan the camera to get that perfect shot. I am not saying that people who are not gamers won’t be able to this as well, but it will take them much longer to “split” their brain so that they can perform more than one separate action at the same time.

Being Able to Relate to the User Interfaces

This one is pretty obvious. Since modern drones use controllers that are not that different from game console controllers, plus the telemetry data displayed on your flight display is pretty much like when you play fighter jets games (the old Ace Combat) or plane simulations. Thus, unlike the ordinary folks who would probably say “Oh, my, what are all these numbers and lines for?”, the gamers reaction is more like “Cool! This shows me the height, the speed, how many satellites I caught. It’s like a video game! Piece of cake!” Although, to be honest, there are some drones that offer controls that even non-gamers can relate to, the ones that use a smartphone as a controller. Therefore, we suggest checking out the best Android controlled drone article for those who want to get more familiar with these models. But, again, gamers will still have the upper hand because they are more used to using the phone’s gyroscope for… well, games.

Everyone who has ever played Crysis, or any strategy game like The Lord of the Rings, especially on a PC keyboard, knows that you need all 10 of your fingers to play the game properly. But, those who are really good gamers, use the fingers without watching at the keyboard. They know where all the keys are and there is no need to look down and risk being killed in the game. This is another skill that most gamers posses and comes really handy when it comes to controlling the drone. You need to have a great hand-to-eye coordination and to be able to keep your eyes on the drone while the fingers know what to do and where to go without the help of your eyes.

This is a skill that actually makes gamers better candidates for military drone missions than actual fighter pilots. We all know that if a game isn’t filled with action and if it doesn’t demand your full attention all the time, you will get bored with it pretty soon and move on to the next one. Also, the best gamers are known for keeping their cool when everything in the game goes to hell. That is why the military changed their “game” and started taking gamers as serious contenders for this position.

Focusing on the Mission No Matter How Long It Takes

If you are a gamer, you will agree with me that, numerous times, you got stuck somewhere in the game and even if it took hours, you didn’t give up until you came out victorious, right? We’ve all had those all-night gaming sessions, maybe even one too many for one lifetime. But, when it comes to military drones and their missions, the actual pilots, that are not gamers, easily get bored when they have to stare at the monitor for hours until the drone reaches the target.

This is not the case with gamers. They will stay focused on the mission no matter how long it takes as they are used to staring at the monitor for hours, without getting distracted or bored. Yet again, the gamers have proved themselves to be the best candidates for drone piloting.

There you have it, the scientific proof that the gamers are the best candidates for drone piloting and that they possess the most important set of skills for this job. So, whether you want to start flying drones just for fun, or you plan on making a career of it, if you are a gamer, it will come really easy for you to get to that pro level in no time!

We hope that you found our article interesting and that, if you have some thoughts you would like to share with us, you will feel free to visit our comments section and leave a comment.

Jack is a true drone passionate and he focused his education on this amazing field. Thus, he graduated the Drone/UAV Pilot Training Certificate program and now he’s a member of the Association for Unmanned Vehicle Systems International. His main purpose right now is to find and develop new features and help others discover the wonderful experience of flying a drone. For this, he is the main editor and content creator at MyDroneLab Blog where you can find everything you want to know about drones.