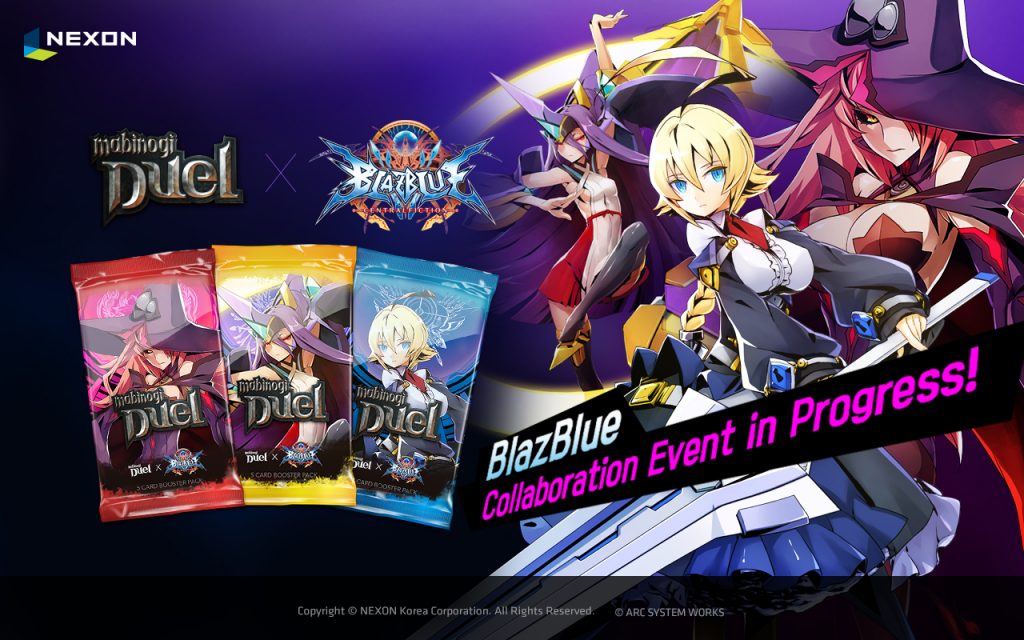 Mabinogi Duel, and BlazBlue have collaborated with a second update, now available for new and returning players alike.

Mabinogi Duel, for those unaware, is a title that allows trading card game strategists to clash with beautifully designed character cards against their rivals, as well as rising stars from across the world. This second collaboration update introduces 26 BlazBlue collaboration booster cards, which, when used in Duels, allow players to re-experience dialogues from the storyline and characters of the popular fighting game series.

Here’s a rundown of what this update offers up: