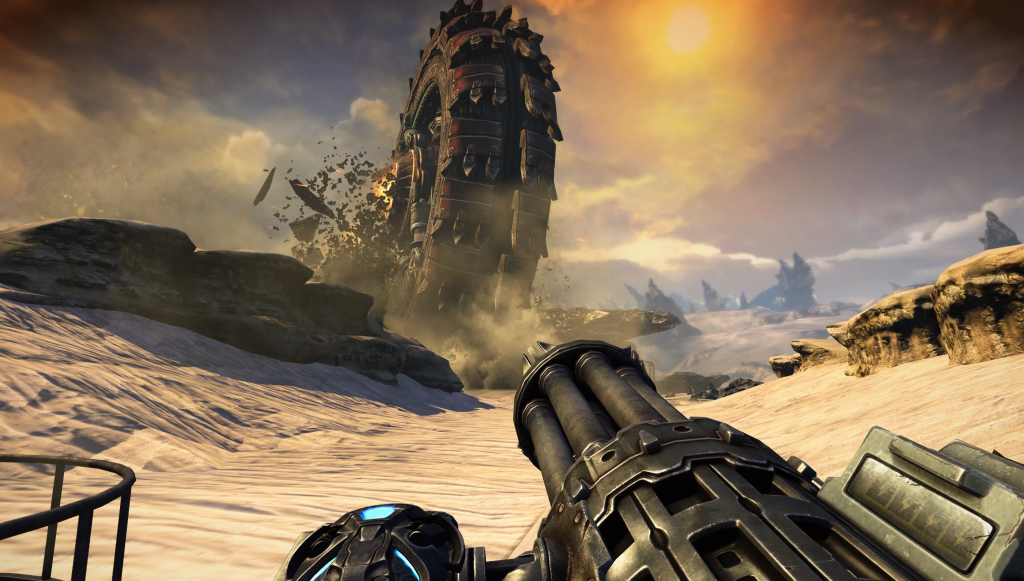 Six years ago, People Can Fly unleashed Bulletstorm, a bit of a cult classic that hasn’t really been replicated as of yet. Unfortunately, the game never broke even in terms of finance, but it has been granted a second chance on the current generation. How will this enhanced version stand up?

The game places you in the role of one Grayson Hunt, leader of the Dead Echo squad of black ops mercenaries. He finds out that the targets he is being sent after are really just civilians and political targets, and ends up going rogue. A revenge story ensues, with the cast tending to have rather dirty mouths, including the leading lady, who is mostly “just one of the guys”.

The story has its ups and downs, with the main draw honestly being the gameplay.

The game is a first-person shooter that emphasizes stylish kills, or Skillshots. Your foes quickly fall to your mercy, thanks in part to an energy leash that you find early on. You can utilize this to yank your foes towards you, slowing them down in mid-air. This leash can also be utilized on other projectiles. 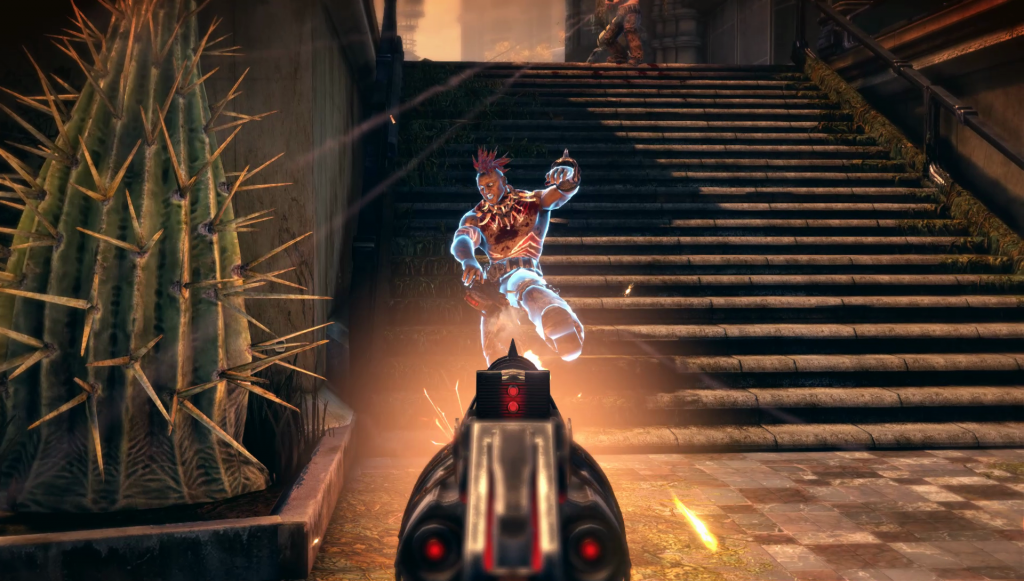 You also have your trusty boot, which also, for some reason, causes the same mid-air slowdown, and these, combined with a host of weapons, turns Bulletstorm into a kill-fest, with every type of kill netting you some points, and the more creative the better. Want to fire off a round into your enemy’s head? Go ahead. It’d be better, however, to just kick that same enemy into a nearby man-eating plant, netting you quite a few more points.

A new mode introduced in this version of the game is the Overkill mode, which is basically New Game+. This mode allows you to play through the campaign with every weapon and all the weapon progress that you have acquired.

Multiplayer returns with Full Clip Edition, consisting of competitive score challenges and 12 co-operative maps. You also have Echo Mode, which places you on a map and tasks you with killing your enemies as creatively and quickly as possible. A new mode includes the Ultimate Echoes mode, which has you play through each map three times, featuring progressively more challenging and creative requirements to clear. One example includes only receiving points for the basic skillshots, such as kicking an enemy and shooting him in the head. Another includes being locked to certain weapons. If you manage to complete the challenges, you gain access to compete on the leaderboard for the map in question. 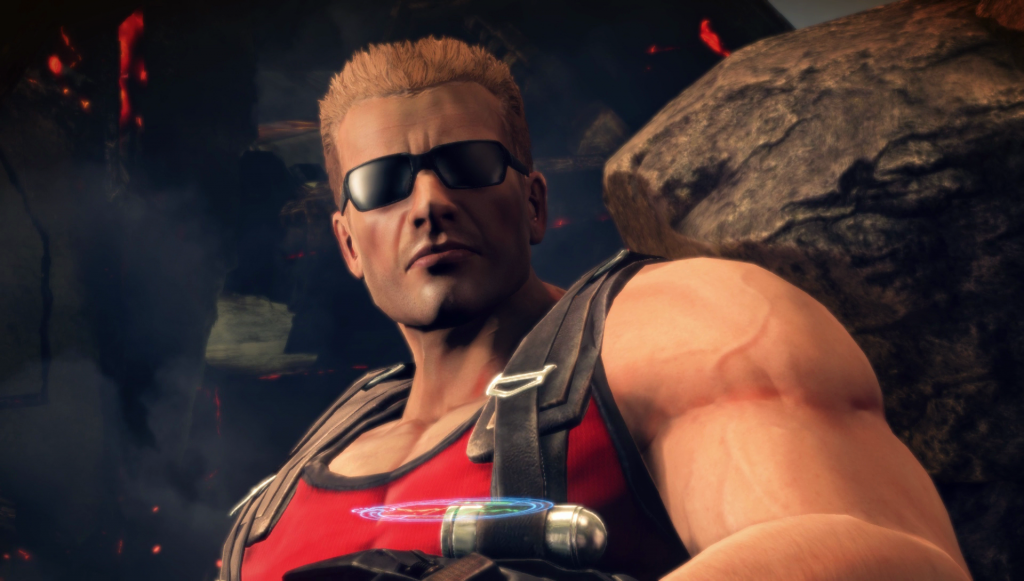 Those who pre-ordered the title or purchase the DLC after release will get the special Duke Nukem’s Bulletstorm Tour campaign mode, which allows you to play as Duke through the entire campaign. Jon St. John provided his voice acting to give the full treatment, and the game’s hectic action and plot fit right in with the character. The rest of the cast have the same lines, which Duke gets a fair number of jabs at, and this helps add in a new angle of humor to the game.

As noted, Bulletstorm: Full Clip Edition features upgraded graphics, and, if you have a PlayStation 4 Pro, it has even more upgraded visuals. The game’s engine does show its age, and has some issues that keep the frame rate from remaining steady whenever fire is present on the screen. Thankfully, this isn’t often enough to really bring the game down.

The audio is also decent, not really special one way or the other. 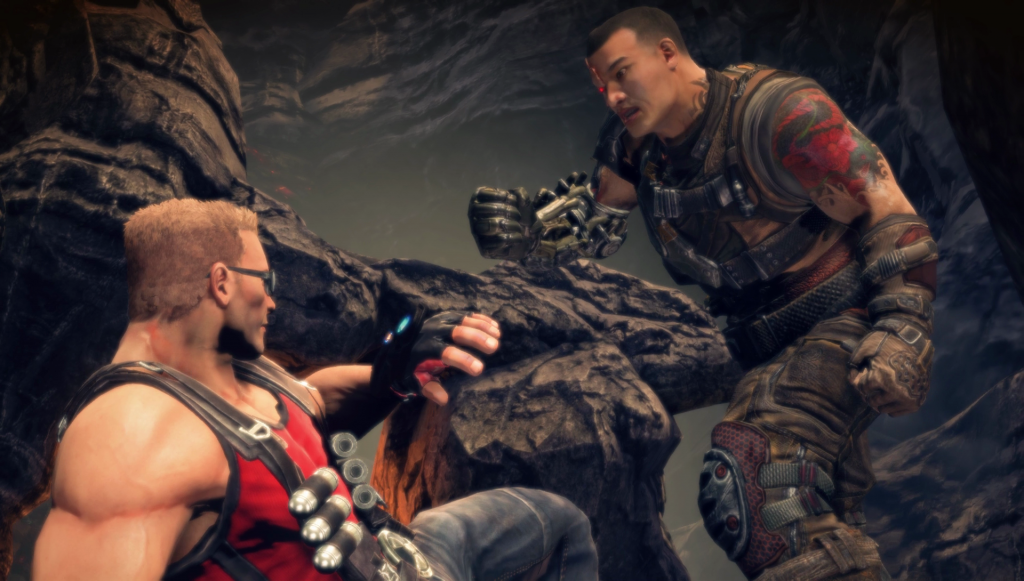 If you enjoyed the original title when it released, you’ll likely enjoy the game now, especially with Duke added in. Those who missed out may also want to pick it up if the skillshots sound interesting, and hopefully Bulletstorm: Full Clip Edition will manage to make a profit for the team this time around. 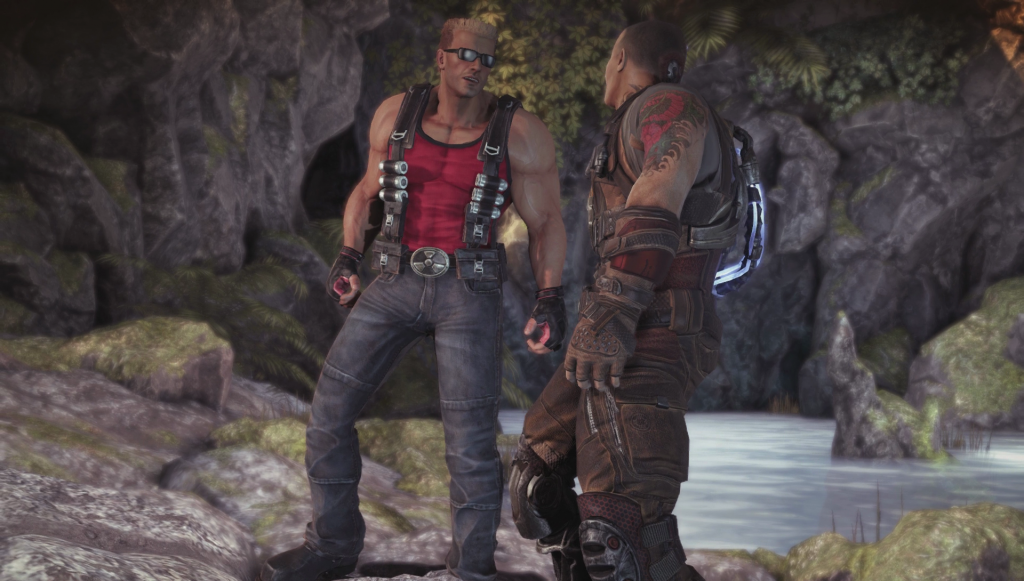