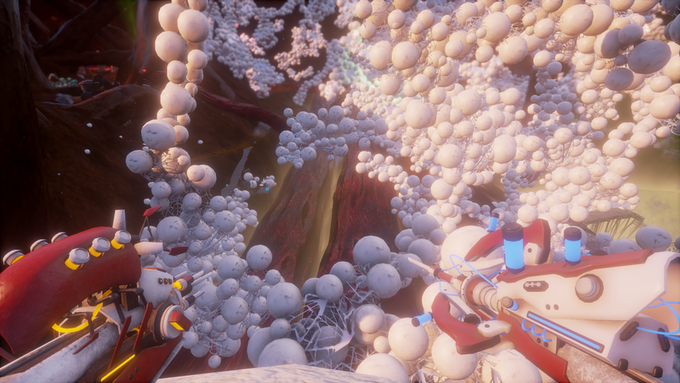 An upcoming title by Atomic Jelly, Project Remedium’s premise brings to mind the animated movie Osmosis Jones. It places you in the role of Nano+, one of several nanobots that have been injected into a sick patient.

The title is rather fast-paced, and you will constantly need to be on the move in combat, but the weapons, being semi-automatic, seem to encourage the opposite. The bullets can also seem rather slow, making it more difficult to hit enemies that are constantly moving.

You have two guns, each of which are a bit different. The weapon on your right fires off visible shots, while the one on the left shoots off invisible rounds. There is a logic behind the duo of guns as well, and you will need to occasionally utilize one gun and the next n a particular order to take down some threats, but thee doesn’t appear, in the demo I was able to check out at least, to be further instruction. This can both be interesting, encouraging experimentation with the weapons as you encounter new threats, as well as frustrating to some as it can seem like a waste of ammo to constantly try out the different combinations, especially when it is somewhat difficult to hit enemies. It would be useful if the full game would be able to communicate the difference a bit more clearly, and would likely clear up one issue people will likely have with the title. 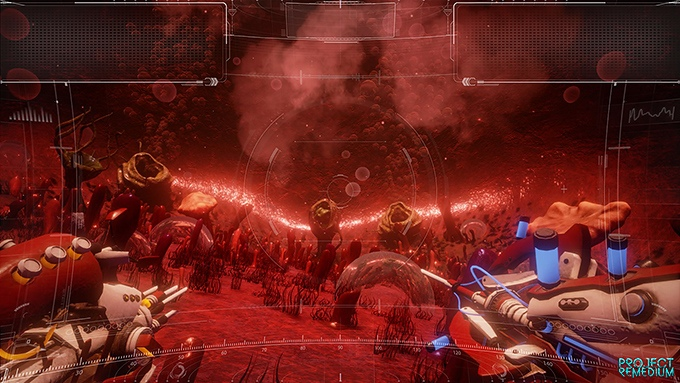 The enemies, from those I’ve encountered, are not all that varied. The sheer majority of foes that I faced in the demo have been re-purposed nanobots and ball-shaped organisms. The former slid around, firing off green beams to try to kill me, while the latter rolled at me. That said, there were other enemies, some of which are interesting, so it does have me curious as to what else is in store  for the full game.

You will have a variety of objectives, and it seems that there are quite a few nice opportunities for interesting objectives tied to healing different parts of the body. Unfortunately, most of the ones I’ve had a chance to try out have mostly consisted, like most first-person shooters, of moving to a certain area, then heading back to the central area or moving on.

Honestly, Project Remedium seems to have a good deal of potential, but the demo felt lacking. It does have me hoping that Atomic Jelly will be able to fix the mentioned issues before release, as, if they can, they could have quite a fun little game on their hands. 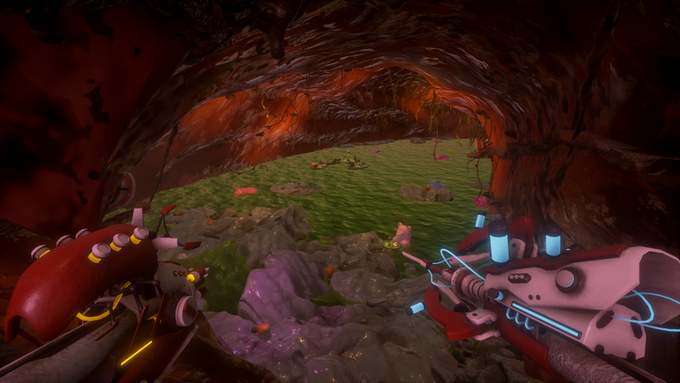