Nintendo pulled a fast one on many of their fans today with a Nintendo Direct that promised to showcase information about ARMS and Splatoon 2. To clarify, they kept their promise, but they also slipped dozens of other stealth announcements into the presentation. Not only did the Nintendo Direct outline a good portion of the year of Nintendo Switch titles, but it also had a lot of Nintendo 3DS news too. Here are some of the 3DS highlights from the presentation. 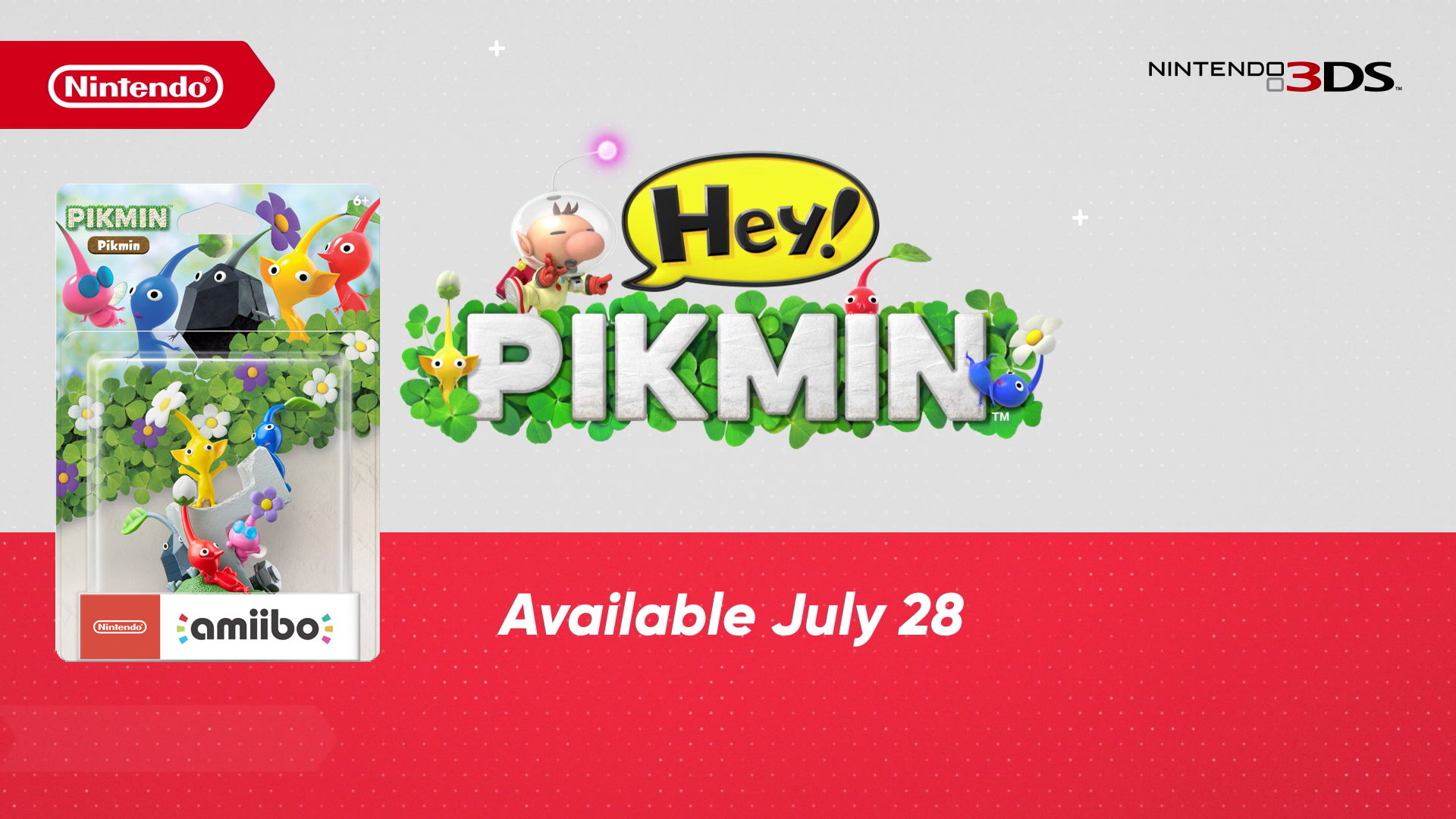 The Pikmin title that was announced for the Nintendo 3DS last year finally has a name in Hey! Pikmin. The presentation didn’t give too many details but it showed off new gameplay footage of the side-scrolling platforming take on the series. What it did give us was a release date, as well as an announcement of a new Pikmin amiibo. Hey! Pikmin releases on July 28th for the Nintendo 3DS. 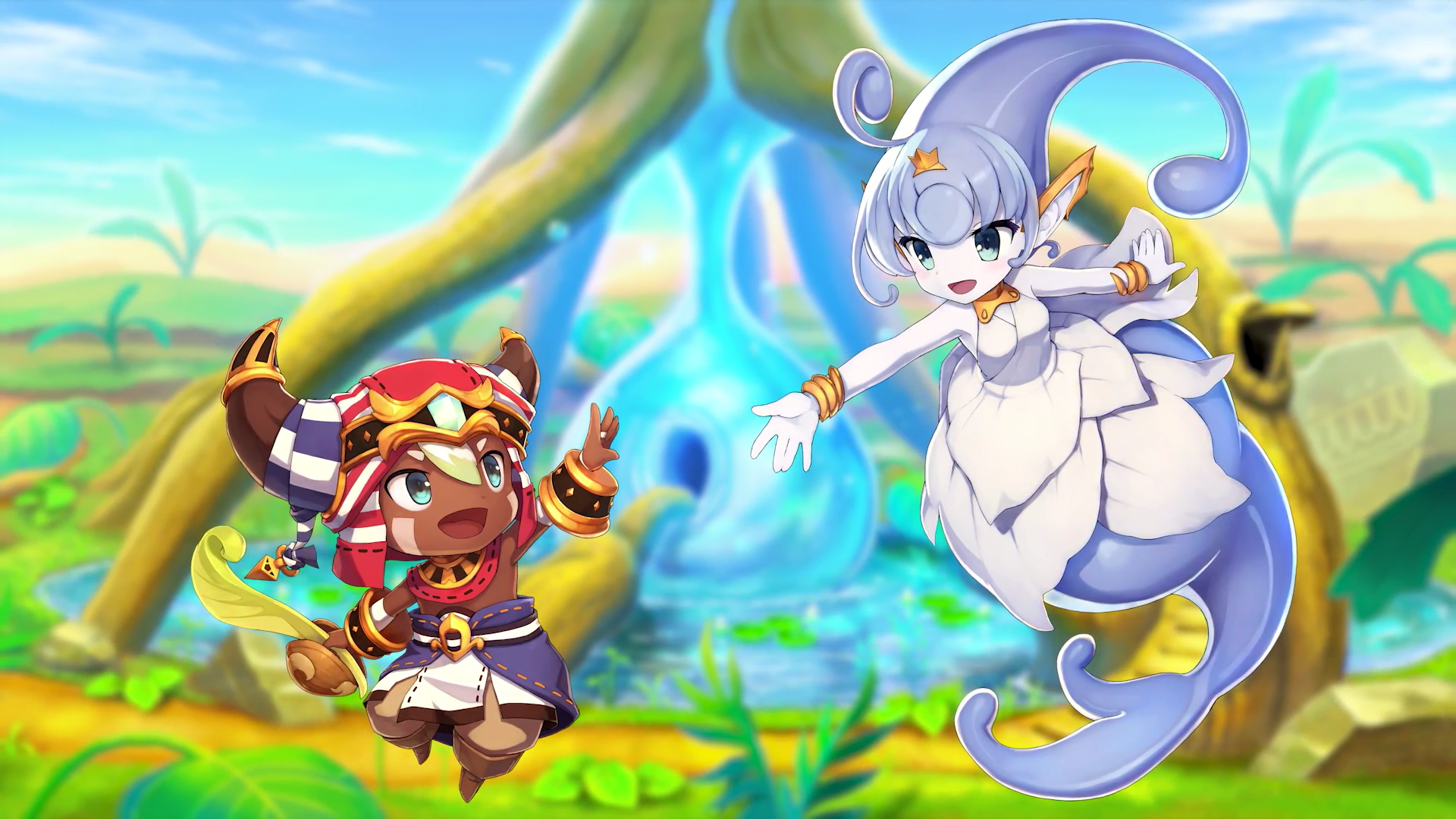 Announced at E3 last year, Nintendo has been pretty quiet about developer Grezzo’s upcoming RPG. Ever Oasis chronicles the journey of the player, a defender of the last oasis as they bond with the water spirit Esna to help the oasis survive. The story seems to focus on a heart-warming and emotional tale, using a charming visual style. Ever Oasis will release on June 23rd for Nintendo 3DS. 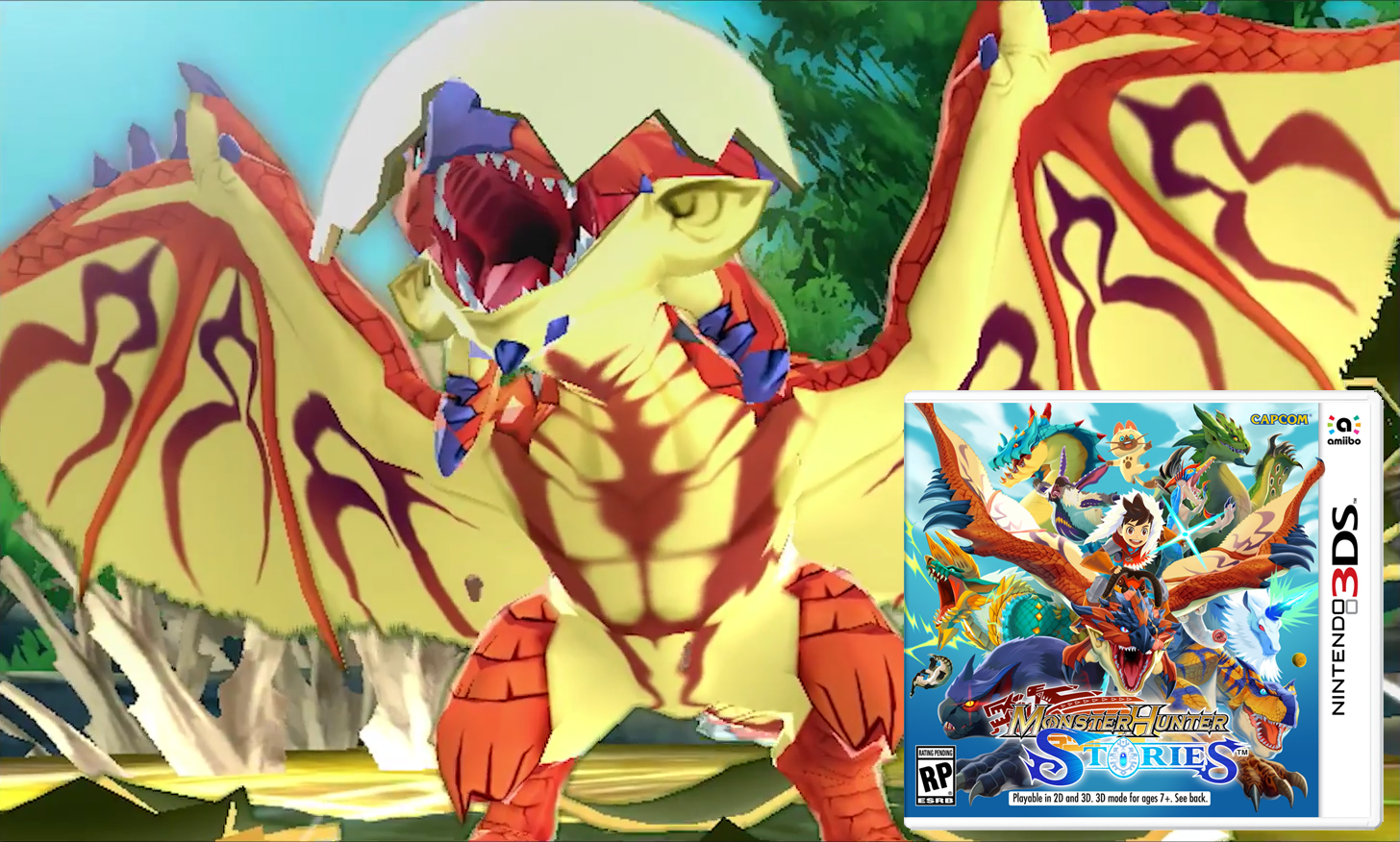 During the presentation, it was confirmed that Monster Hunter Stories, the turn-based Monster Hunter spinoff, is getting localized to North America. This is good news to fans of the popular Capcom series as it broadens the targeted audience to the monster collecting crowd. Similar to the Pokemon series, Monster Hunter Stories tasks players with building a team of monsters to battle with. Players can ride monsters across the world and increase their bond to gain powerful attack combos.

The game uses a cel-shaded style and also offers amiibo compatibility with amiibo that have already released in Japan. Surprisingly, the Monster Hunter Stories amiibo were not mentioned in the Nintendo Direct, but the logo is on the box art, so they’ll likely be releasing them when the game launches this Fall for Nintendo 3DS. 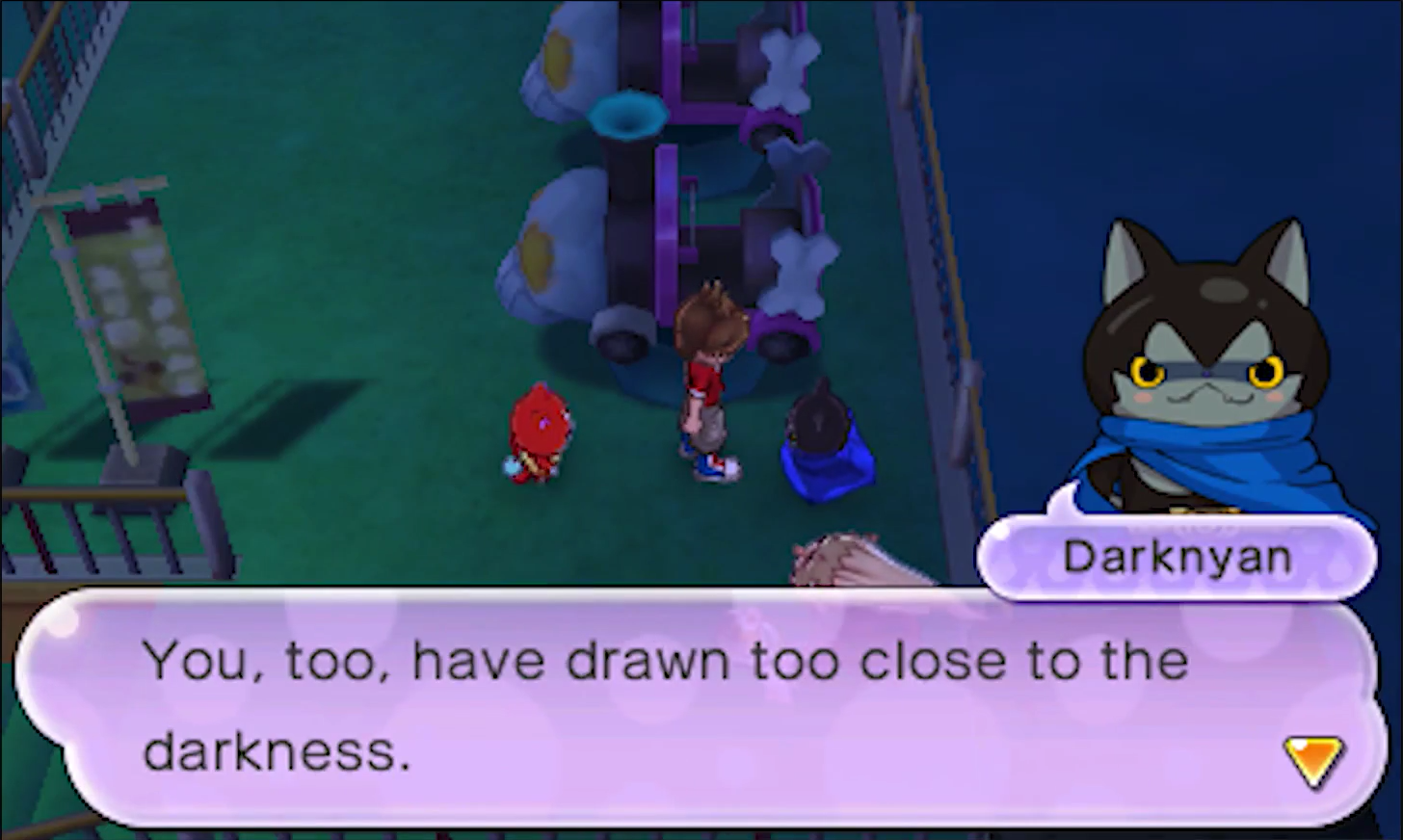 Releasing as a definitive third edition, Yo-kai Watch 2: Psychic Specters looks to expand upon the story and gameplay of the orignal release from last year. The game will offer new exclusive quests, some of which will allow befriending new yo-kai, and others will dive deeper into the mysteries of the original versions. Players can also utilize the Hexpress train to a new resort area in the game. 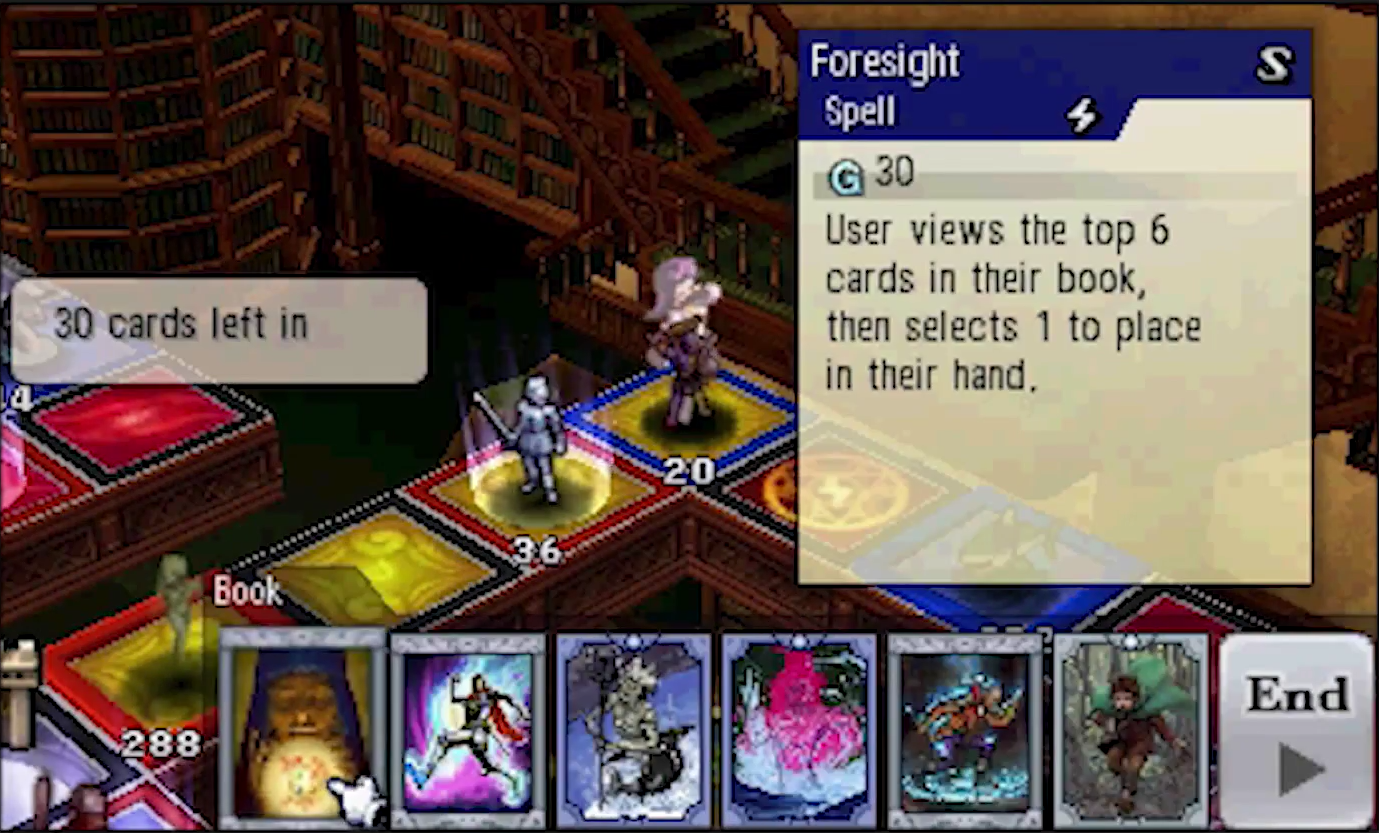 Celebrating its 20th anniversary, the Culdcept series is getting a new release with Culdcept: Revolt. Combining collectible card games with a board game, Culdcept: Revolt boasts hundreds of cards to increase the depth and strategy of the combat. It will release on August 29th for the Nintendo 3DS with both a standard edition and a limited edition. 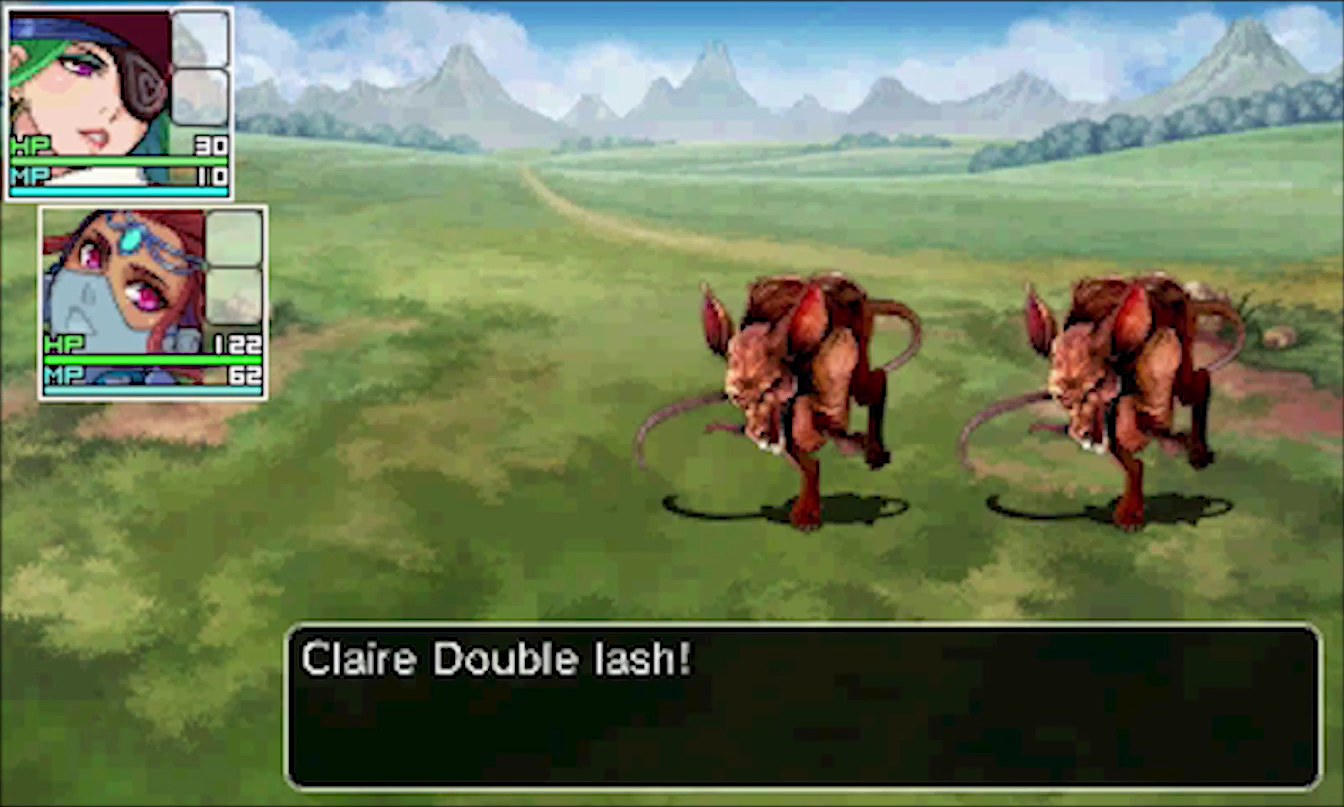 RPG Maker Fes is a new entry in the series that will allow players to share their RPG creations with others online. It will also use downloadable content from the Disgaea series to add a little more to the characters. A free downloadable game called Maker Player will also be released to allow players to play the user made games. RPG Maker Fes will release in both standard and limited editions on June 27th. 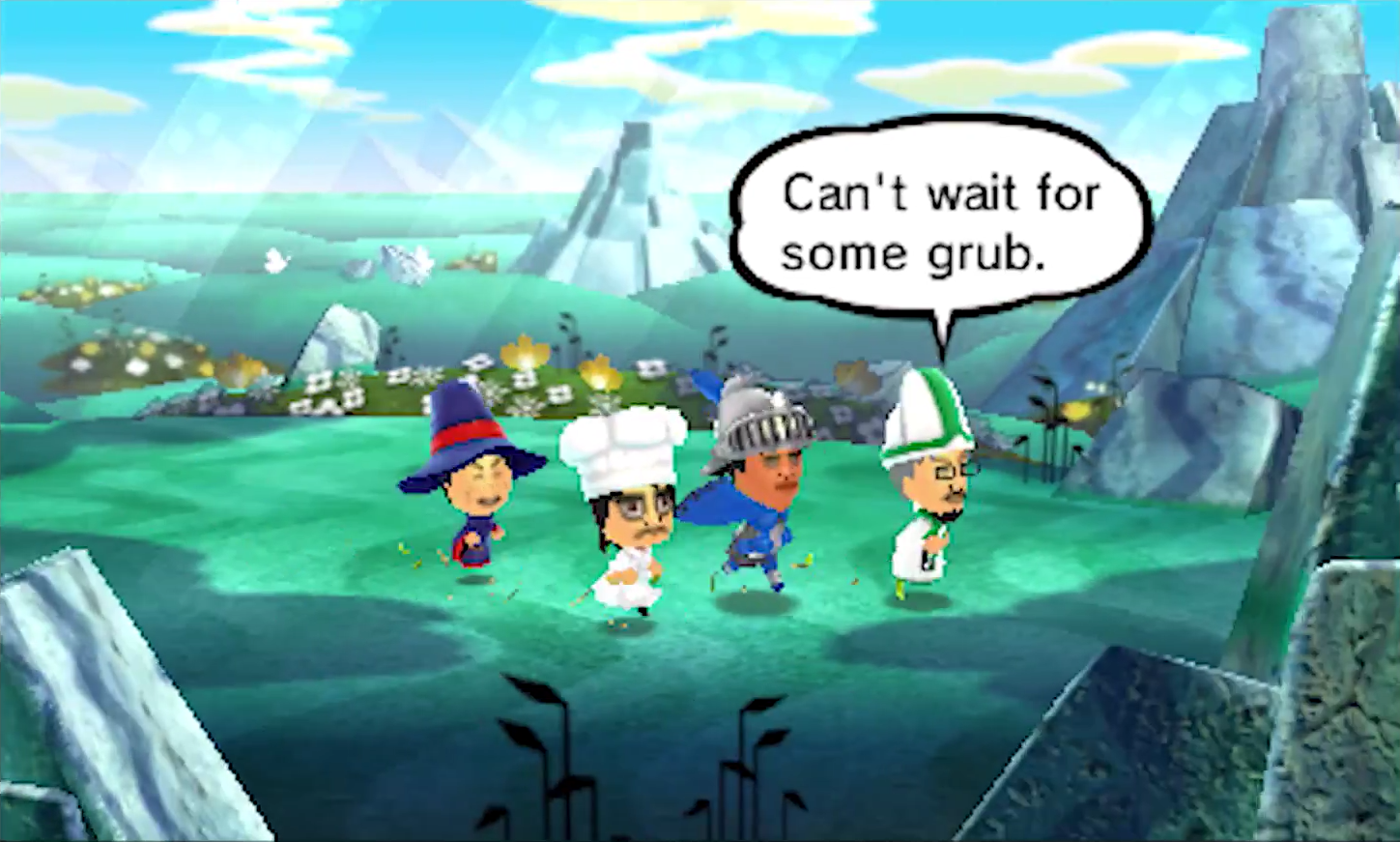 Combining elements of Tomodachi Life and a Japanese RPG, Miitopia has players build a team of heroes using their Miis. In the game, the townspeople have their faces stolen by the Dark Lord (represented by a Mii), and it’s up to the player to restore them. Players will have to bring life back to the world by bringing in Miis and assigning them specific roles. Like Tomodachi Life, the game uses a lot of random elements and even gives the characters unpredictability, making for a humorous adventure that is never the same.

Players can create custom phrases, assign allies to specific housing, and more as the story unfolds specifically to them. Players can battle enemies, hunt for treasures and explore the world as they increase their bond with their allies. Those bonds will effect how they will perform in battle as well, almost like the classic “confused” status effect used in JRPGs. Miitopia is slated for later this year exclusively for the Nintendo 3DS. 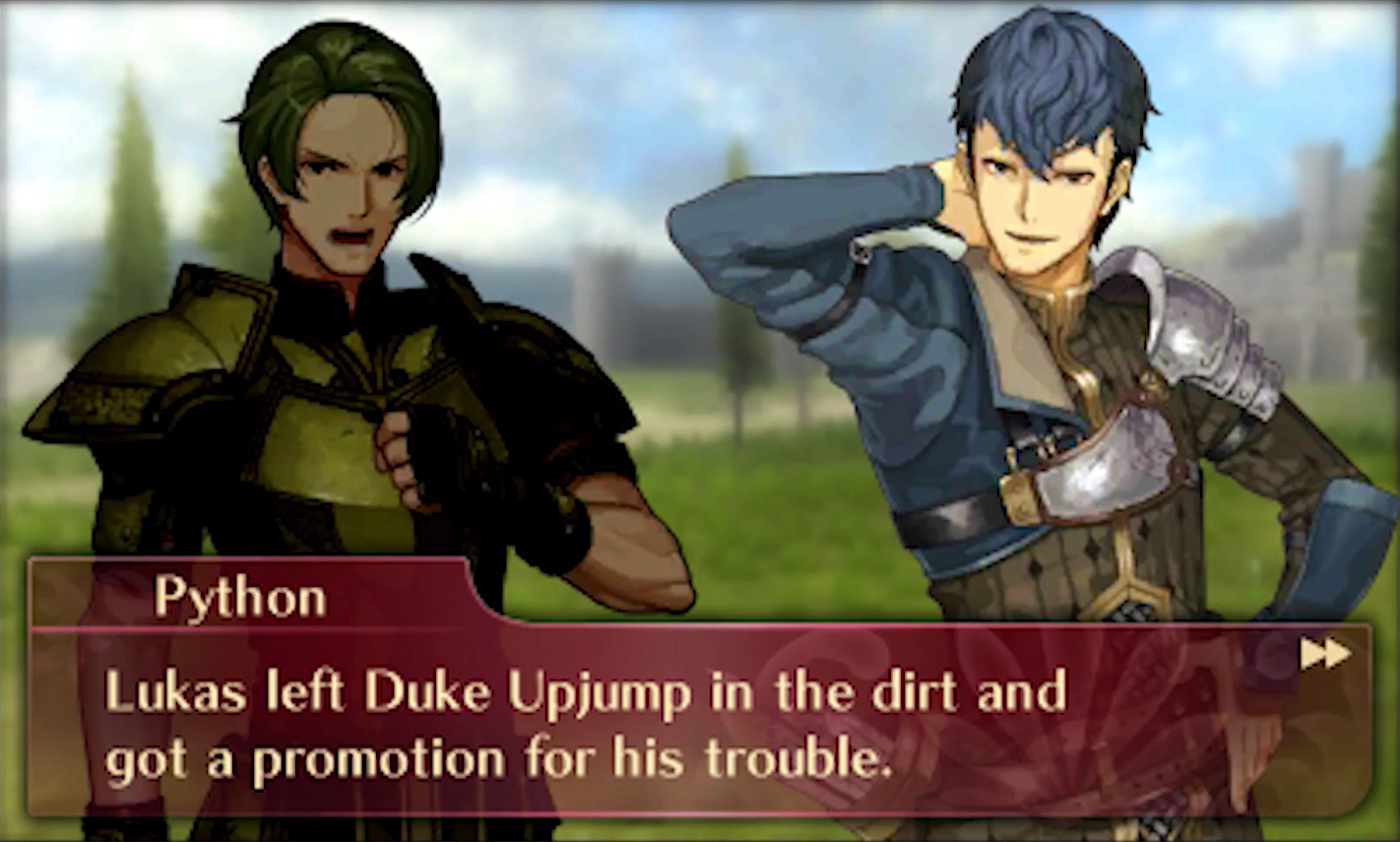 Fire Emblem Echoes: Shadows of Valentia will be getting the DLC treatment, offering not only free DLC but also paid options. There will even be a season pass for players wanting to bundle everything. The content included will range from missions that have special item drops to expanded story elements, much like previous 3DS Fire Emblem titles. Pricing and release information will likely be announced closer to the games May 19th release. 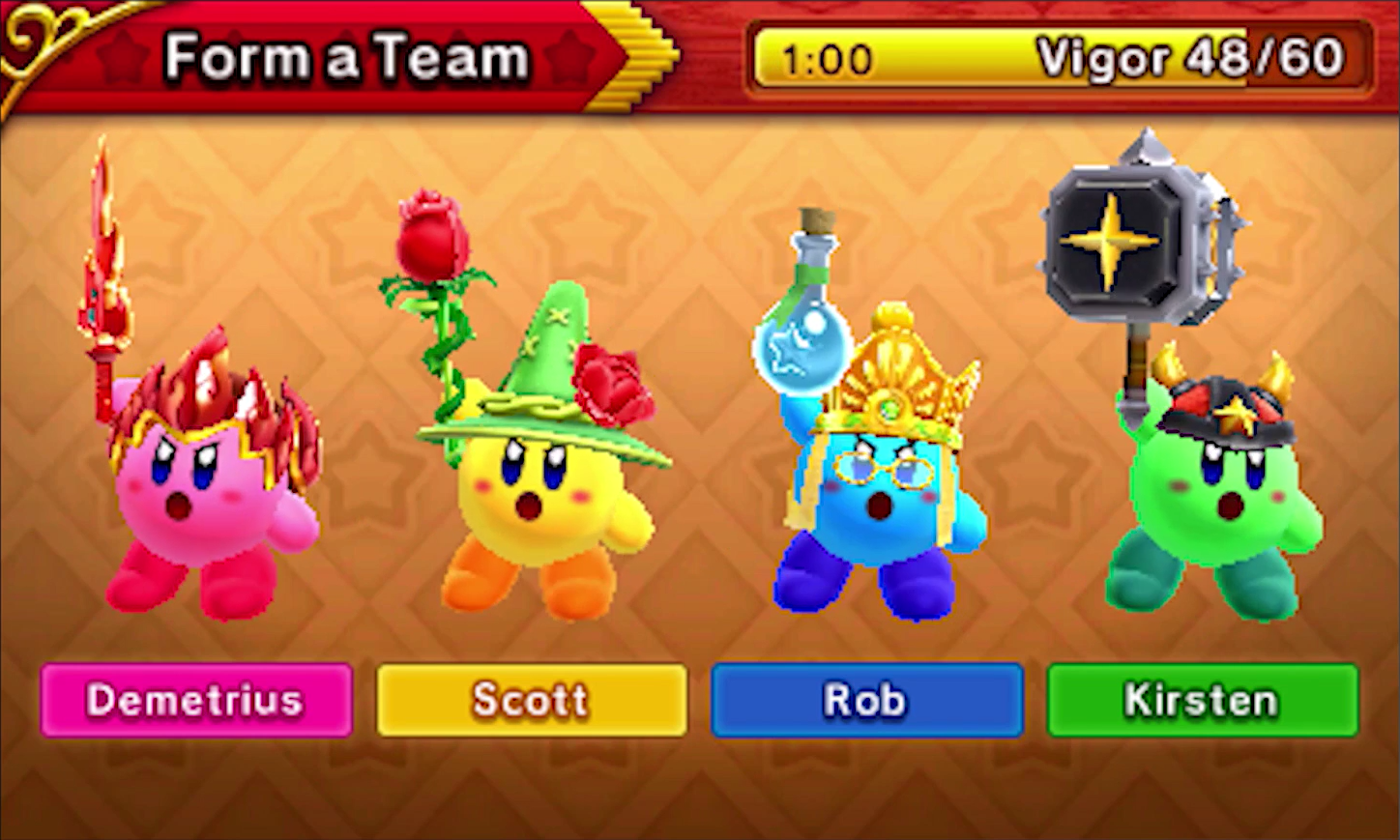 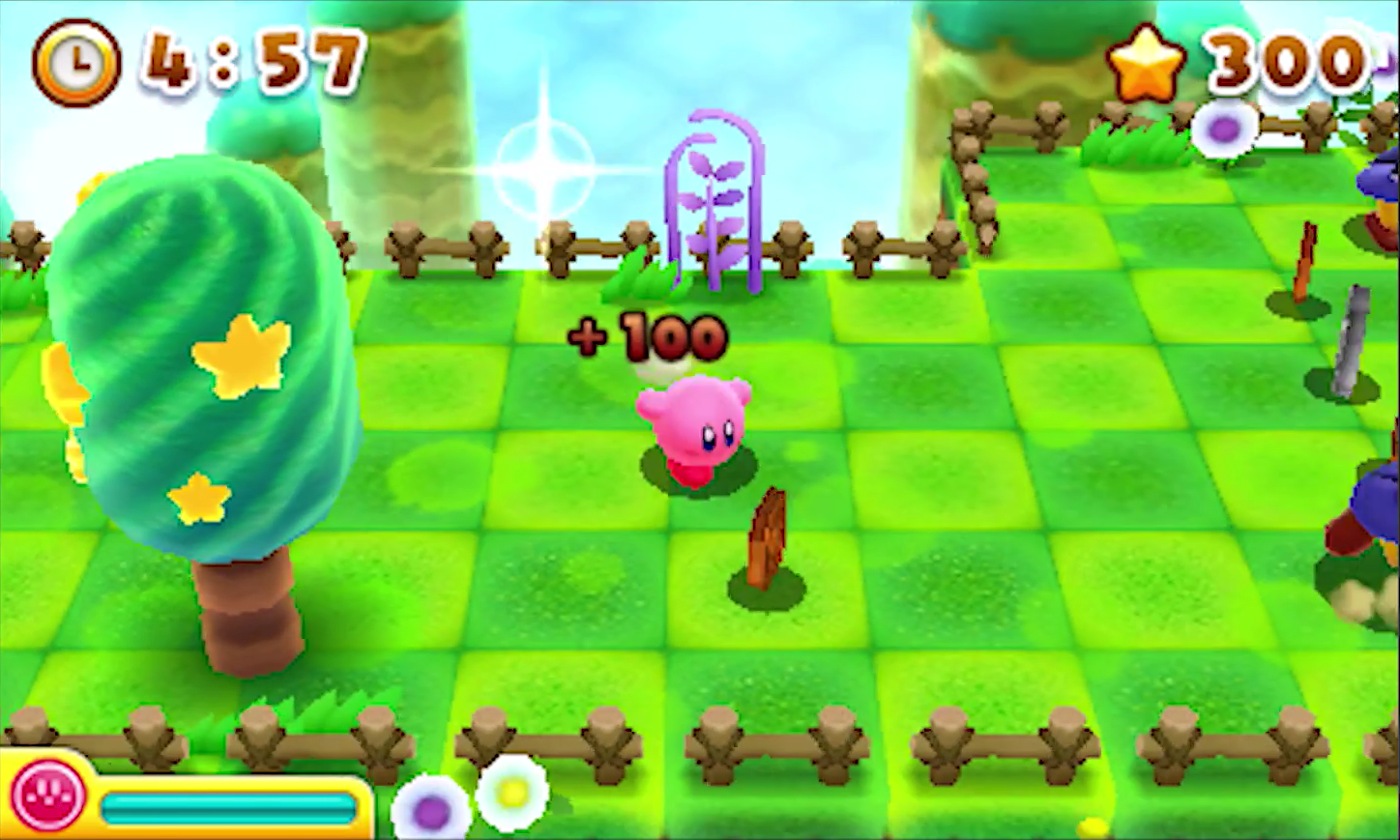 Kirby’s Blowout Blast is another mini-game expansion where Kirby can move through more than 25 3D levels, defeating enemies and earning high scores. Depending on how many enemies Kirby inhales, he can spit them back out with immense power and take out multiple enemies in one blow. Kirby’s Blowout Blast will be available this summer on the Nintendo 3DS eShop as well. Last but not least, it was announced that a new multiplayer Kirby title is in development for the Nintendo 3DS and will release this holiday season. 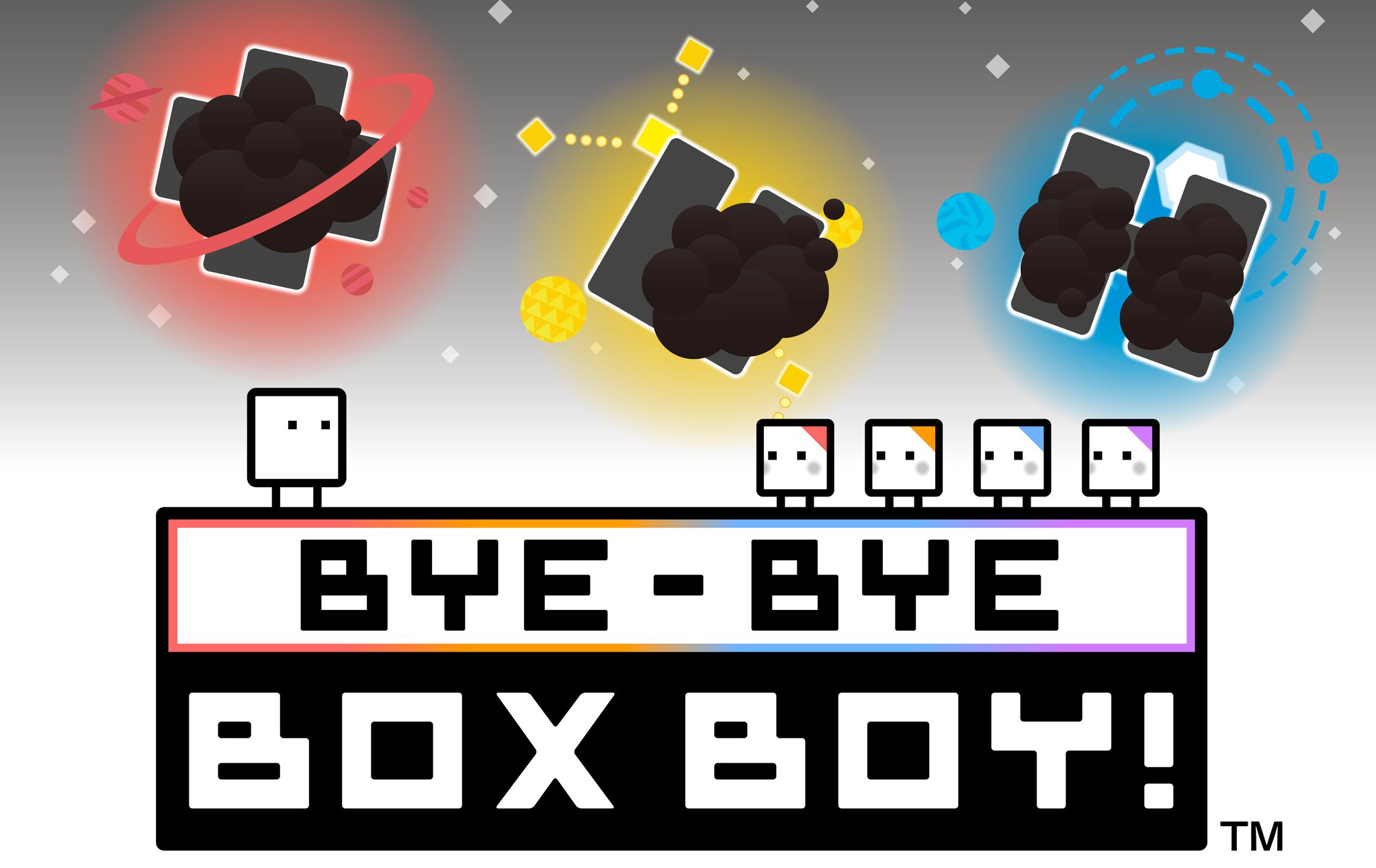 Qbby returns for his final adventure as the Box Boy trilogy closes. Qbabies have been discovered and give Qbby four new abilities as he creates boxes to get past obstacles. Players can climb, hover, warp, and bomb their way through over 100 puzzles in more than 18 different worlds. Players can also use amiibo from the Kirby series to get special costumes from the respective character. Hopefully this means we’ll see the Qbby amiibo in North America soon as well. Players that own the first two games and have save data can also unlock special filters to make the game look like a GameBoy game as well. Bye Bye Box Boy releases today on the Nintendo eShop, and a demo for the whole trilogy can be downloaded as well.

That was it for the Nintendo 3DS information, and even though it is a good spread of information for the year, there will likely still be some surprises to be announced later this year. Any of these titles on your radar? Let us know in the comments below!