In a surprise move today, Nintendo finally announced the release dates of the final three character amiibo for Super Smash Bros. for Wii U and 3DS. The twist gets even better as they revealed that they will all have an alternate costume variant. Cloud from Final Fantasy VII will be sporting his classic look as well as his Final Fantasy VII: Advent Children appearance. Bayonetta will have both of her outfits from the first game of the same name and the Wii U exclusive sequel Bayonetta 2. Corrin from Fire Emblem Fates will have both a male and female version of the amiibo. 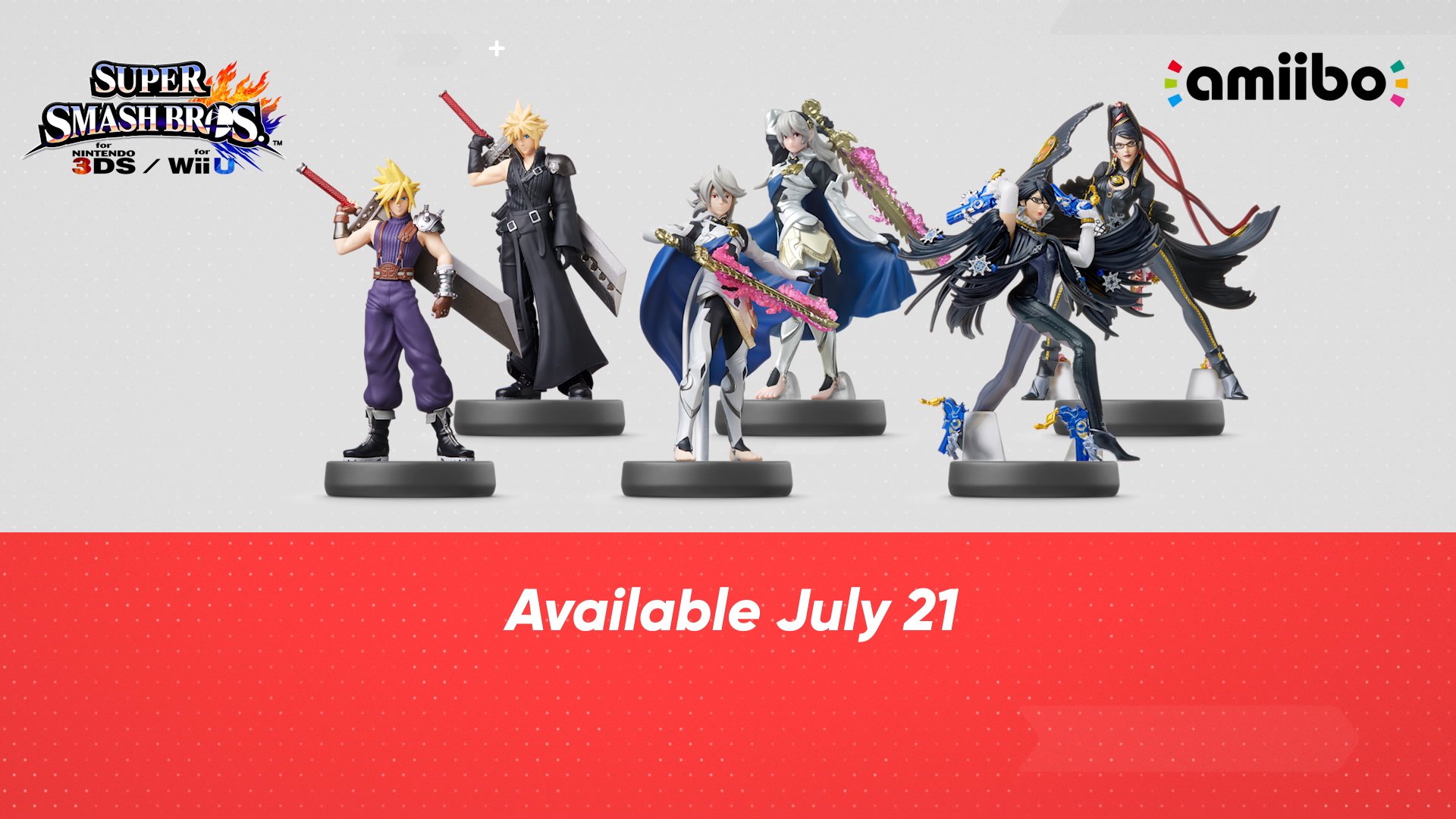 It is unknown if this means that other amiibo with alternate appearances will be getting an amiibo to reflect that, but many fans are hoping for at least a few exceptions. Maybe we’ll be seeing all the Koopalings or an Alph amiibo, or even male and female variants for other characters. It is unknown where the retail exclusives are going to be and preorders have yet to open up, so hopefully we’ll get some clarification on this before preorders sell out. My money is on Bayonetta with Best Buy, Corrin with GameStop, and Cloud with Amazon, but we shall see. They’ll all be releasing soon though as they come out on July 21st, the same day as Splatoon 2.