Train Mechanic Simulator 2017 attempts to bring excitement to fixing various types of trains. Will it succeed, or will it just end up flopping?

The game occurs in an open world map, allowing you to drive around in a tow train as you attempt to track down broken trains. You will receive objectives that tell you what cluster of the map hosts the broken train, so you won’t be required to look everywhere in the 25 square kilometer map.

As you begin, you are dumped into an empty garage and notice a work order waiting for you. When you accept, a train rolls into your workshop, and you grab your tools and get to work. It does appear that several things were added in by Si7 Studio, the game’s developers.

It begins simply enough, granting you a rather in-depth tutorial that tells you exactly what is going on with the first trains. That said, you will soon begin to receive jobs with more vague problems, such as, “The engine is too loud”, and will need to work out what, exactly, needs to be done. As you become more comfortable with task, you can find the problems and solutions rather quickly, based on nothing but the complaints. 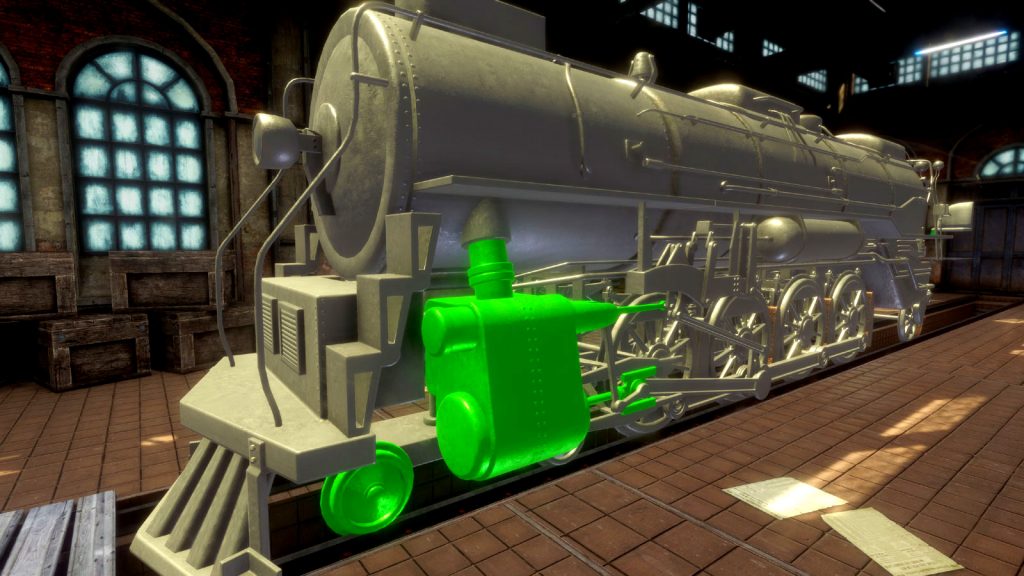 The game is, as you can imagine, pretty simple. You have a train roll in, check the job listing to determine what’s wrong, disassemble parts, remove the broken parts, repair (or buy new versions of) these broken parts, install new parts, if needed, and put everything back together. To help with putting everything back together, there is a ghost-image of each part you need to assemble, and the game does not allow you to assemble parts in the wrong order.

Of course, some missions ask you to go outside in a tow train to track down broken or derailed locomotives. During this, you will need to drive around, changing tracks from your map menu as you hunt down the train in a certain quadrant of the map. This isn’t challenging at all, and many may just find the mini-game more tedious than anything.

Perhaps the biggest drawback is the movement. Everything feels extremely slow, almost like the sensitivity of your mouse is cranked down several notches in-game. When you try to turn right, for example, the game delays a bit, and when you attempt to stop, it continues to turn for a bit.

On the note of controls, repair mode has you interacting with the left mouse button, looking around with the right mouse button, and moving around freely while holding the mouse wheel. It honestly takes a bit of getting used to. 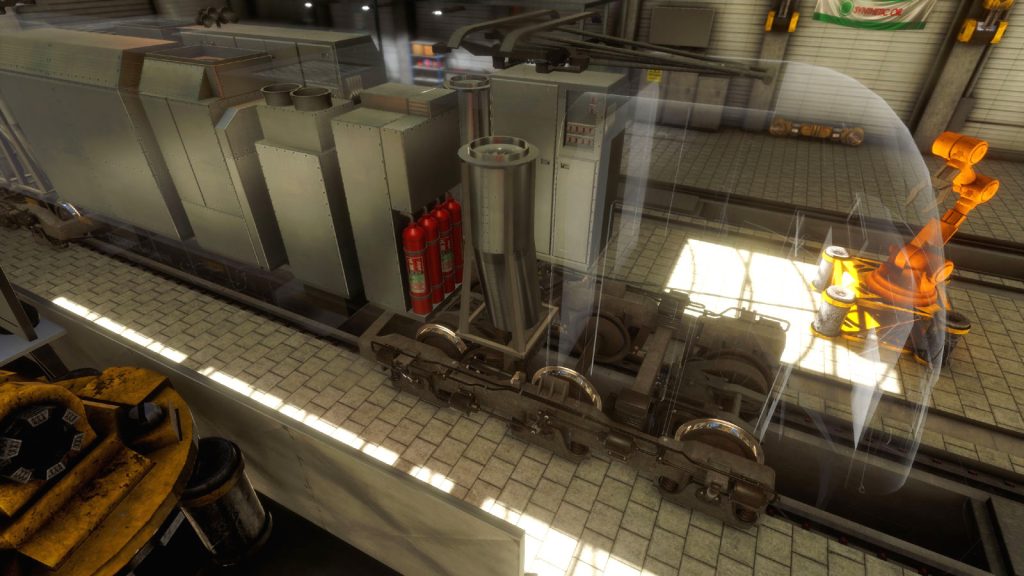 There doesn’t seem to have been too much attention put into the sounds of the game. When you blow the train’s horn, for example, it’s rather obvious that it’s a badly cut-off loop. When you upgrade your screwdriver to a power drill, you still hear the sounds of a ratchet wrench. This can really pull the player out of the immersion.
The music does have a few highlights, but overall, both the sounds and music are honestly rather average.
In terms of graphics, they are honestly quite decent. Each train is well modeled from the bodywork to the smallest nuts and bolts.
Final Thoughts
Train Mechanic Simulator 2017 is a decent little game, despite the flaws. Though it isn’t likely to sway those who don’t care for the genre, it should provide some entertainment for fans.
Final Score: 3/5