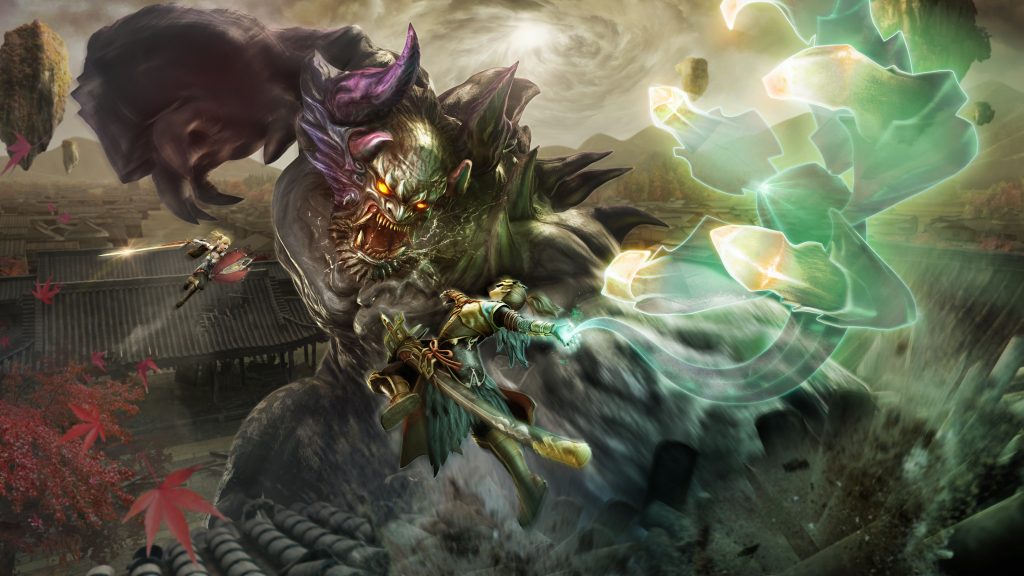 People appear to become quite addicted to hunting action role-playing games, gaining a thrill out of taking down enormous foes. Most titles in the genre tend to keep the systems rather simple as well, but Toukiden 2 has attempted to build upon this to reach a greater potential. Will it succeed, or is it attempting to achieve too much?

Toukiden 2 picks up where Toukiden: Kiwami left off, throwing you into a war between the Slayers and the Oni. After a brief opening scene that doubles as a tutorial, you encounter a large Oni and enter a strange portal that thrusts you ten years into the future. This trip wipes out your memories, and you awaken to meet the Professor and Tokitsugu, who are actually the odd ones in the new hub village of Mahoroba Village. 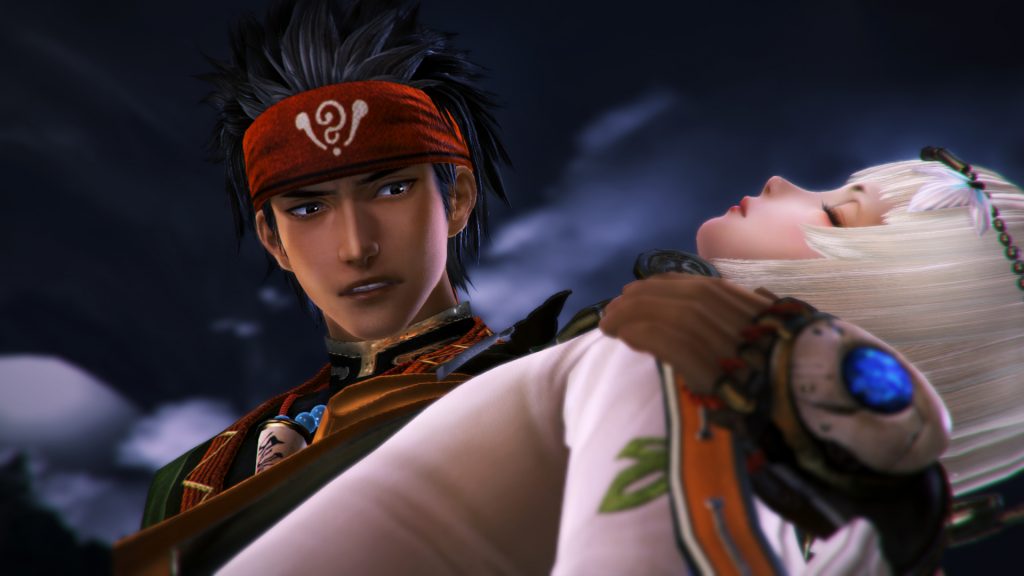 The Professor decides to help by showing you the ropes and offers further assistance providing, of course, that you test out some new equipment for her.

The system is typically king in this genre, and Toukiden 2 is no exception. From the beginning of the rather detailed character creator, you will have quite a bit to discover. During dialogue, you will be able to choose what to say, and, depending on your choices, your relationship affiliation between characters can grow. This growth is also affected during battle, as well as when certain needs of the characters are successfully met.

Perhaps the most interesting mechanic is the new “Demon Hand” feature that will change the battle tactics of veterans, once you get the hang of it. This is an item given to the entire party in order to test it out and battle, and, by aiming at Oni, you can grab them and slingshot yourself towards them, throw them, or cause massive damage. 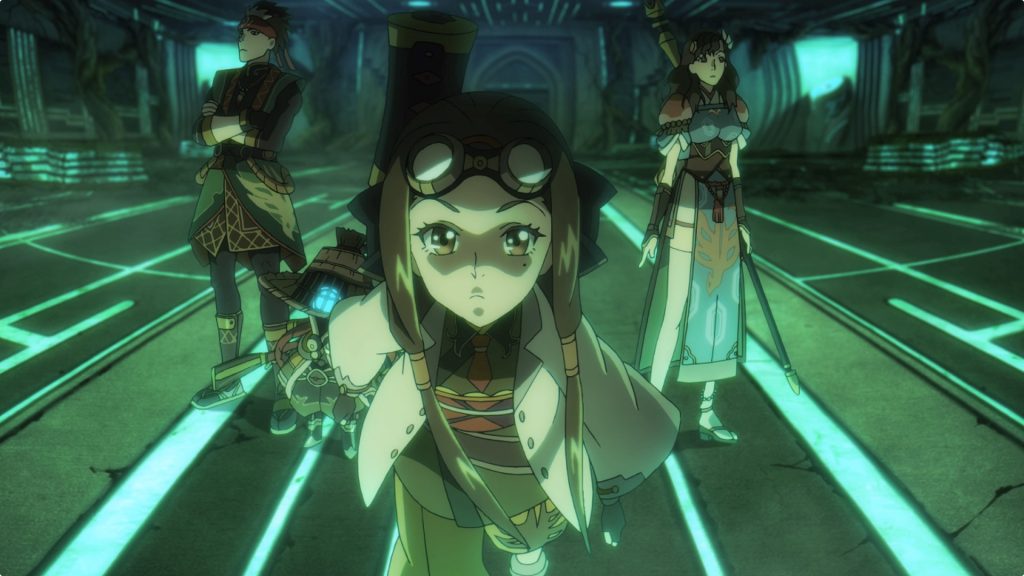 It’s an interesting mechanic to be sure, but it is best used against the larger foes, as they can have several weak spots that can be taken advantage of until they become weak enough to be grabbed by the Demon Hand and destroyed. You can also cut off the limb and utilize the “Purification” technique to gain new materials, with every enemy that you defeat being able to be purified for items. If this sounds like a hassle, you may be pleased to note that your other party members can perform the action and you still acquire the items.

The Demon Hand also allows you to grab onto trees and cliff edges to get around the map easier, but it will likely be mostly used in battle by many.

A second addition to the series is the new open world. This world is quite large and can feel intimidating, but Omega Force has decided to add in a run feature.

As you explore, you can find quests from civilians that need help. These can range from delivering items to hunting down Oni, and other missions can be found in the village itself.

When you begin journeying in the Otherworld, the map becomes even bigger. The air in this location is corrupted by miasma and is displayed by a circular gauge around the mini-map. As you spend more time, the gauge increases, and the only way to decrease it is to destroy certain enemies. 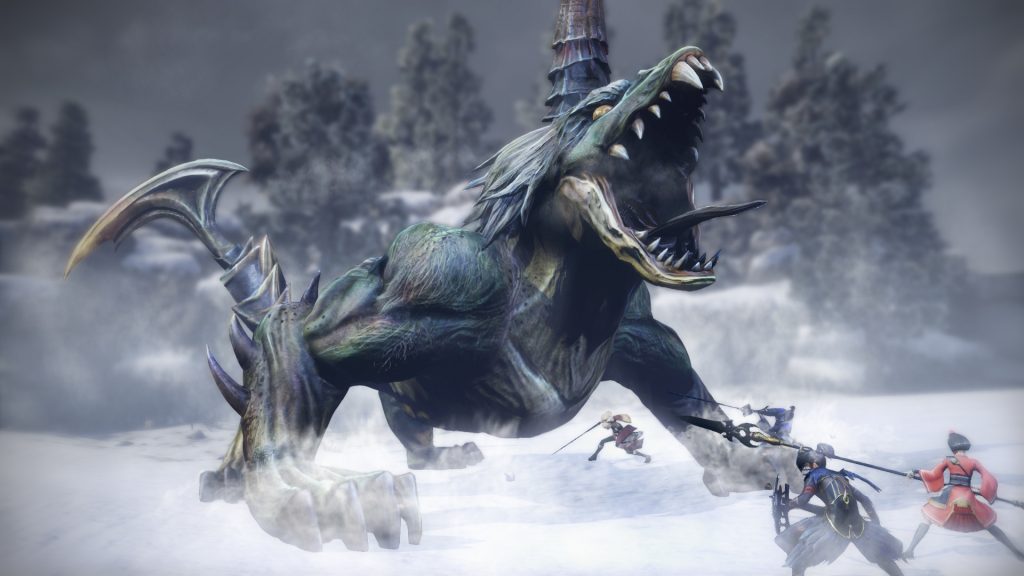 The mini-map itself can cause some confusion, as it shows quests, shops, and other mission locations. The size of it can make it quite hard to read, especially when missions and quests pile up in one location. In addition, sometimes the destination doesn’t appear to be located where the marker is, so you will have to run around to discover exactly where to go.

To become stronger, you will need to upgrade equipment by utilizing materials that are dropped by the Oni. The Professor can also create items that are very useful, plus you have the ability to equip Mitama to your character, boosting your attack, defense, and evasion abilities. Utilizing Mitama in battle is essential to get through some of the more challenging ones.

When all’s said and done, Toukiden 2 shows that an impressive series can be made better simply by taking chances on new systems. The story manages to stay in the scope of the premise, and it is always clear what you need to do next. And though the large map can be intimidating, the easy quick travelling options make up for that as well.