We’ve covered Dropzone before, having left E3 with a solid first impression. It’s been a good six months as players have been doing battle in the closed beta, honing their skills and figuring out great strategies. Due to fan feedback, the game now enters Steam Early Access, making it accessible to all. With the early access release comes new content as well, including a new mode, gear, and balance updates. Sparkypants Studios imagines they’ll be in early access for a few more months before official release, going into a free-to-play model. For now, players can experience this MOBA/RTS hybrid and give the developers some feedback to help improve the game.

The game still has a nice eSports flavor, offering a lot for competitive players. The gameplay itself is full of strategic options, from choosing characters, gear loadouts, and even team composition. Each character is part of a specific class, currently with Gunners, Mechanics, Tanks, and Summoners (new since our last preview). Even within the character classes, they each have a specific role, whether it be map control, healing, support, etc. Building a balanced team that works well for the player is vital to victory. Making the game even more eSports friendly, it even offers a well done spectator mode, giving a HUD with lots of information and even an optional automatic camera that highlights specific actions. 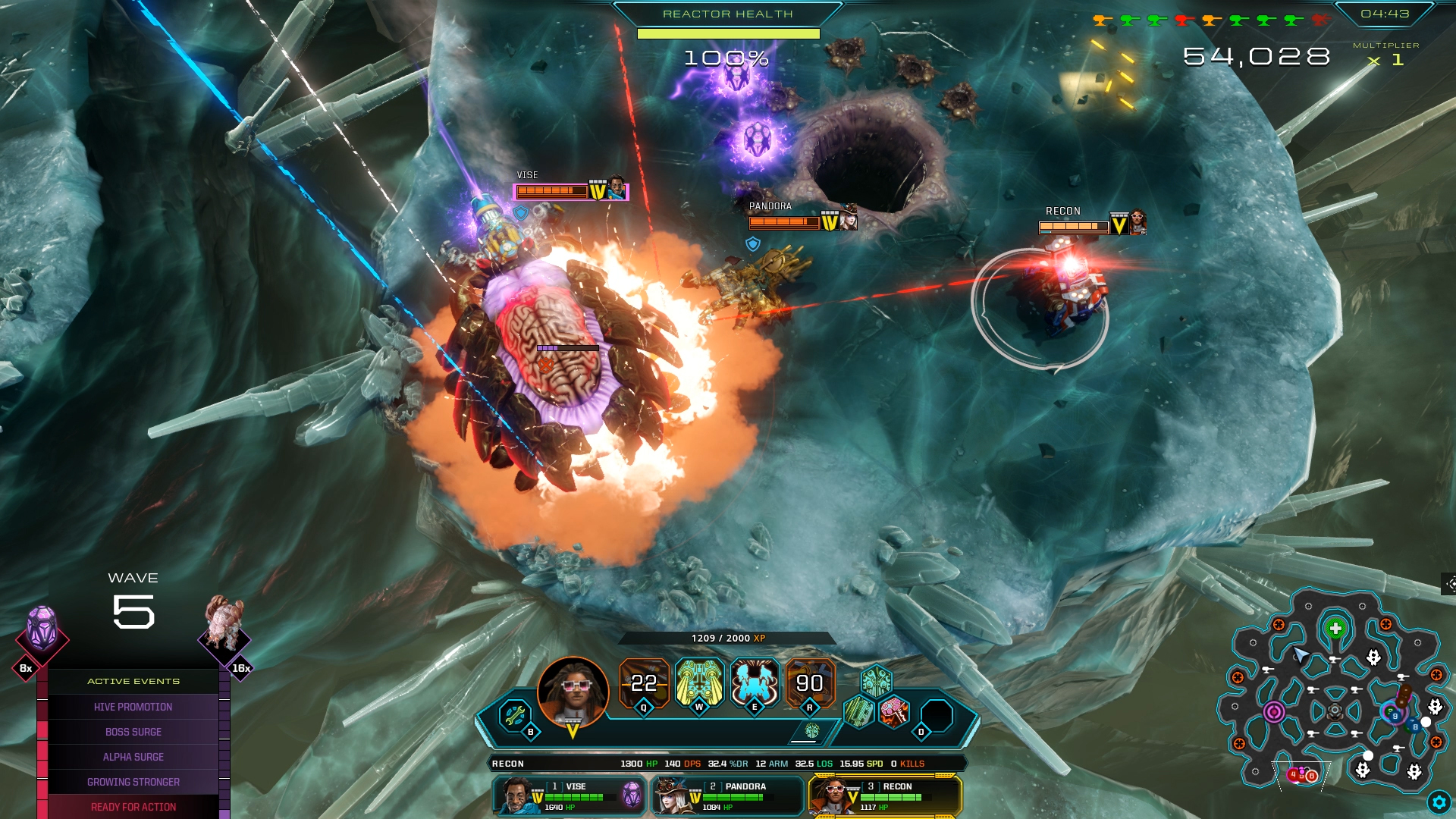 The main mode is either a 1-on-1 or 2-on-2 match where players will try to collect cores and upload them for points. For fifteen minutes, it’s all-out war as players defeat aliens known as Kavash, control vision towers and fight against each other. There are always three missions that players can complete, which are randomly picked before the match and can give an edge to whoever completes them first. Players will have to have good strategy in mind just to get their points, as there are plenty of opportunities around the maps to gain strength and cores. These modes can also be played with AI at four difficulty levels, so players can practice and see how well their rigs hold up on battle.

While the main multiplayer mode is a competitive one, perfect for eSports, there is a cooperative mode for players to work together. Infestation mode is a survival mode where up to four players work together to fight off waves of Kavash, protecting their power reactor. There are also turrets set up to help protect the reactor, but once they get taken out, they can’t be rebuilt, so protecting them is vital in a pinch. Players also won’t be able to respawn, so having health regeneration resources is pretty important too. To level up, players must collect and upload the same cores from the main competitive mode, but uploading cores also takes time that isn’t spent defending the reactor. It definitely becomes more of a team effort, as players will need to work together to make sure everyone stays alive. 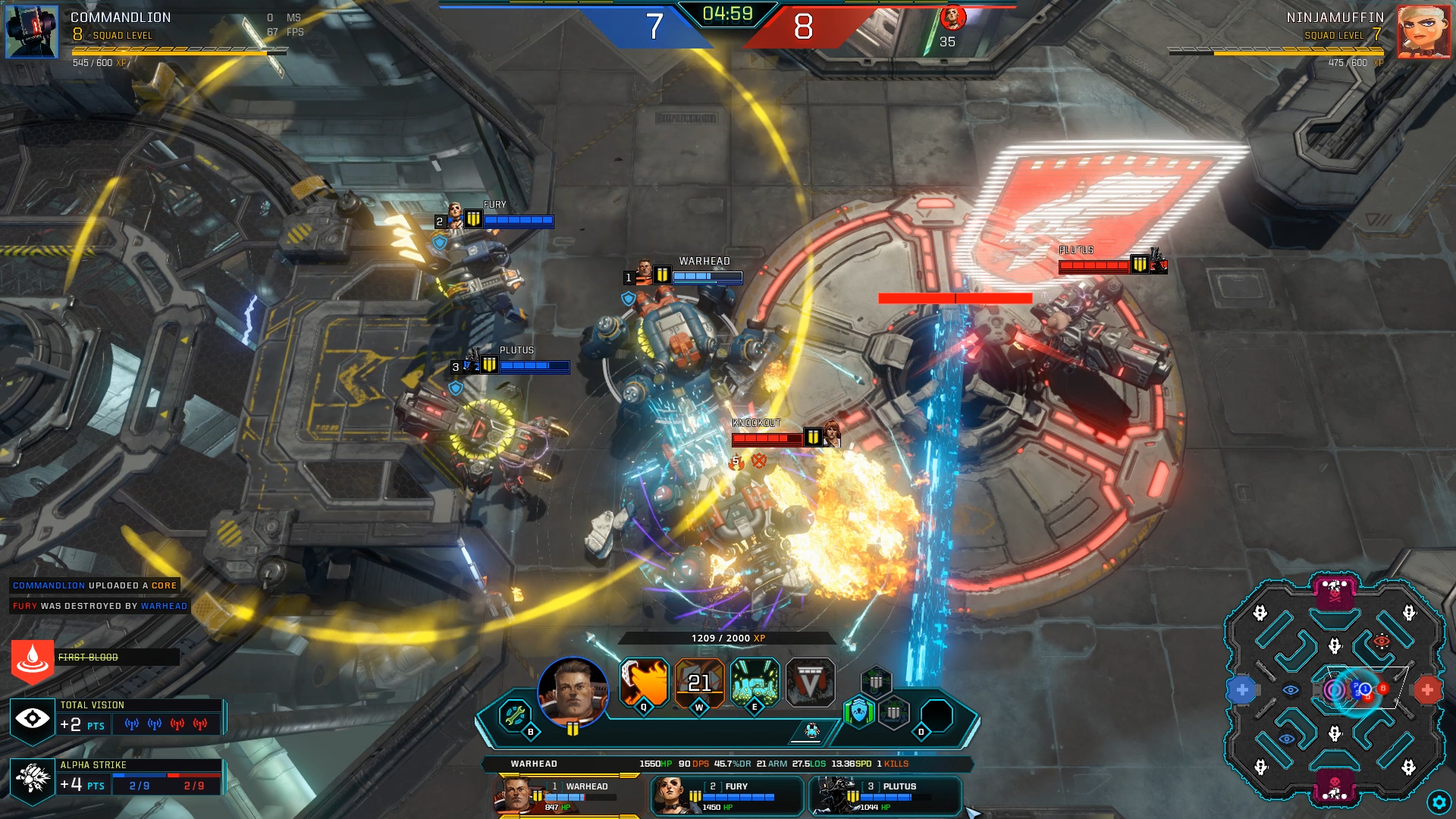 Having a chance to play around with more of the game, it’s great to be able to try the customization features for the first time. Completing matches and finishing missions unlock various gear and blueprints, which can be used to further customize characters. Picking up certain characters and leveling them up will also unlock new abilities and equipment, giving them access to even more custom options. Currently there are twelve characters, three of each class, with a promise of a fifth character class on the way. I myself have grown to like certain characters like Turbine, who has access to a handy corrosive acid shot that deals damage over time and also puts out a healing field that can put a battle in your favor. Another character I’ve grown to like is Warhead, a tank with a special projectile that can hook into an enemy and pull them back to keep them from escaping, a vital skill when trying to take down an opponent.

Building a character and testing them out is easy too, as their is a solid practice mode that lets the player control everything as they wish. Fully level up your characters, heal them in an instant, reset cooldowns, respawn enemies or even make them stronger, it all makes for a solid way to test loadouts. Overall, the game offers a lot of good features to get a player comfortable with a team and gear they like. With a tournament mode and more on the way, it seems like this would be a perfect game for anyone with a competitive spirit. 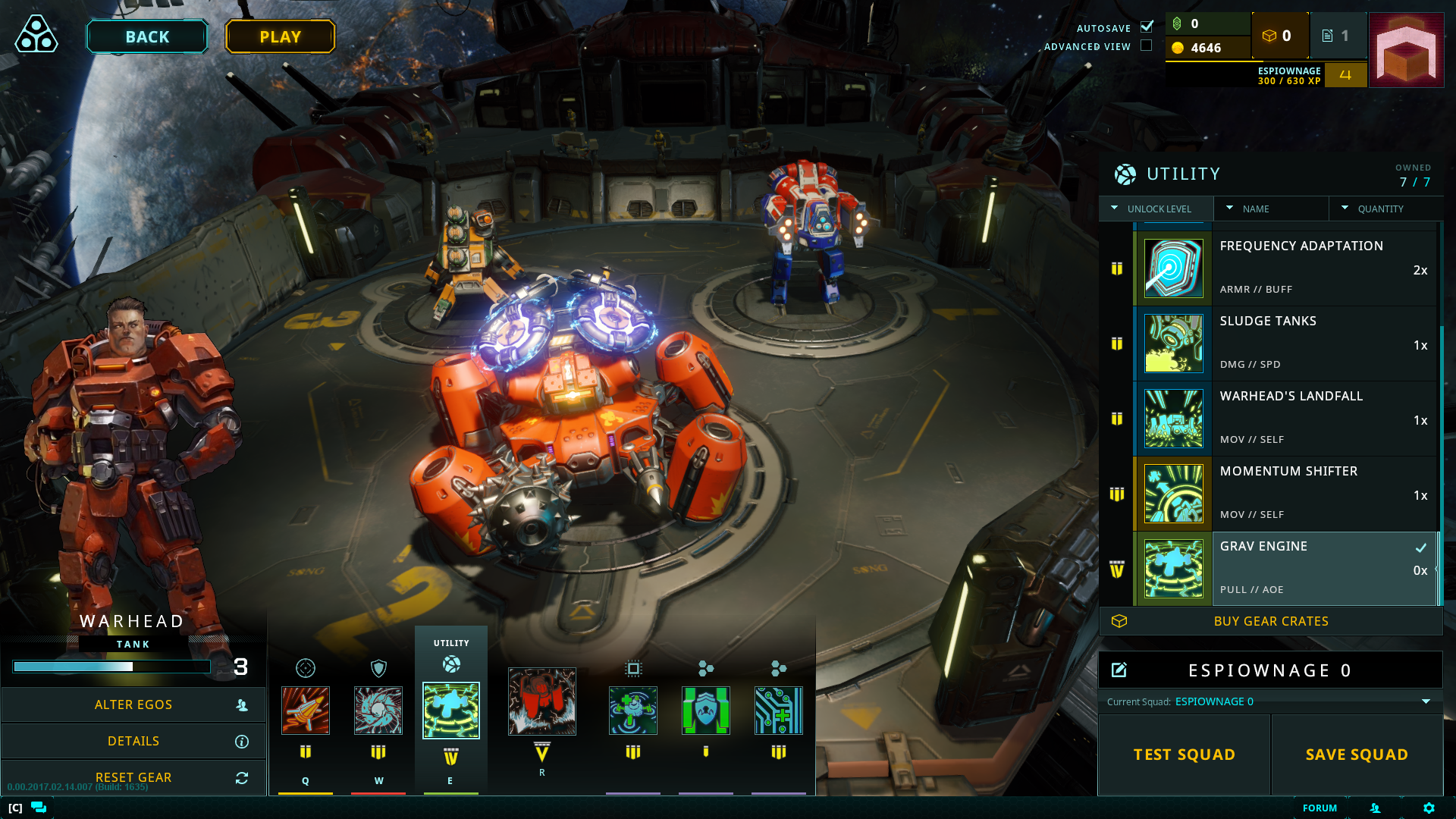 I’ve mentioned the presentation before from my previous preview, and it is still a standout feature. Upon booting up the game, players are shown a beautiful cinematic introduction to the game, giving an idea of just want to expect in the game with a nice visual flair. The graphics are still impressive and the game seems fairly well optimized, as even the high quality settings seem to run well on an average machine. The sound effects and voice work are all still very welcome as it adds to the overall presentation. In my E3 preview, I mentioned that the music seemed to be a weak point, and though it still falls short of the exciting score of Starcraft II, it still seems to have a nice Mass Effect vibe that I didn’t notice before. Whether the music has been updated is hard to tell, but overall, the game seems to be a very polished product despite being in early access.

Having done a few matches and even Infestation mode, I can see Dropzone becoming a sleeper hit as long as it gets good word of mouth. Hopefully Steam gives it some attention and makes it so players can see it available, as it would be great to see this game getting a larger community. For anyone interested in seeing the game, they can take a look at the Steam Early Access trailer below. Dropzone is available now on Steam Early Access for $19.99, or $35.99 for the Commander Edition. If you would rather wait, the game will be free-to-play upon official launch.