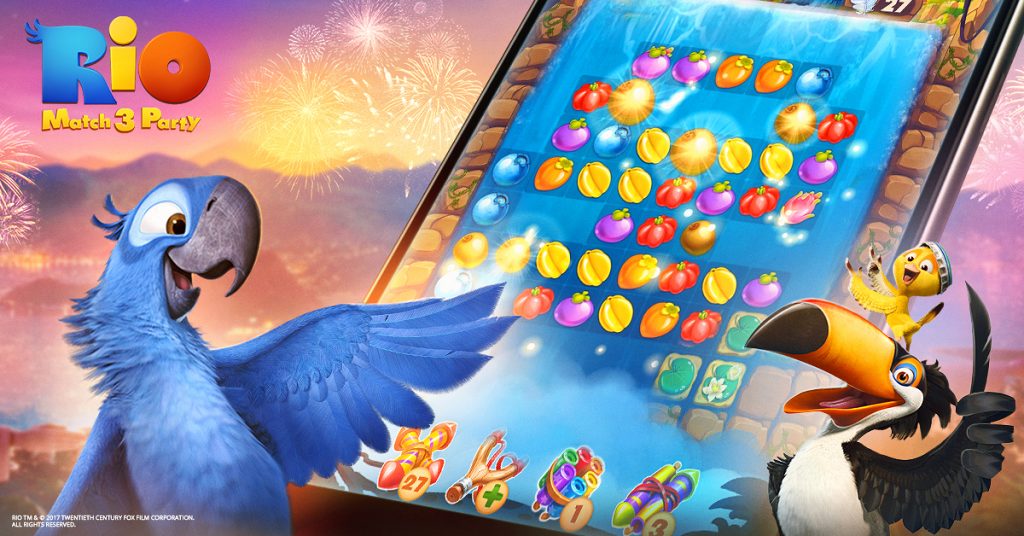 Plarium was excited to announce a partnership with Twentieth Century Fox in order to bring the Academy Award-nominated Rio franchise to mobile fans worldwide with Rio: Match 3 Party.

This title, which will release in Spring 2017, features a creative mix of match-3 puzzles, mini-games, and character collection as it aims to create a fun and exciting Rio experience for players of all ages. It will feature fan-favorite characters from the film, including Blu, Nico, Jewel, Roberto, Gabi, Luiz, Pedro, Rafael, Bia, and more.

Rick Phillips, EVP of Fox Interactive, stated, “Blu is back. We’re excited to embark on this new Rio adventure with our trusted partners at Plarium. This new game promises to create a fun twist on puzzle games with the vivid colors and characters of Rio.“ 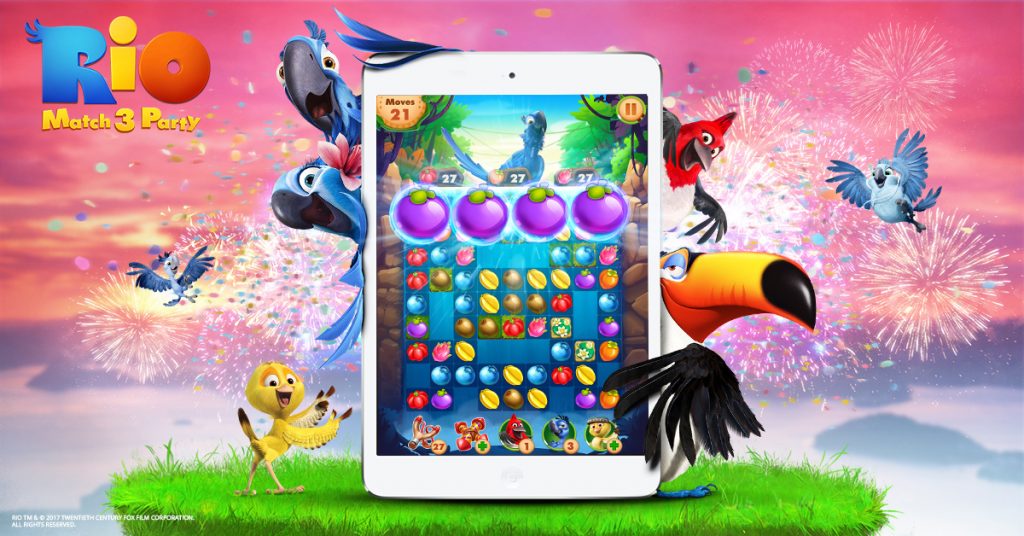 For those unaware, Rio (2011) and Rio 2 (2014) feature a star-studded cast. They are led by voice work from Jesse Eisenberg, known for Social Network and Batman v. Superman. They follow the adventures of Blu, a rare Blue Spix’s Macaw, as he makes his way through Rio de Janeiro and the jungles of the Amazon, with the upcoming mobile game allowing players to enjoy these beautiful and iconic locations.

“Through our partnership with Fox, we’re bringing a beloved animated franchise to all the fans around the globe in a completely new and compelling way,” said Avi Shalel, CEO at Plarium. “The game will offer a true AAA mobile game experience that will push the limits of visual fidelity while emphasizing the authenticity of the characters that made Rio a hit in the first place.”

Are you excited to check out the upcoming title?