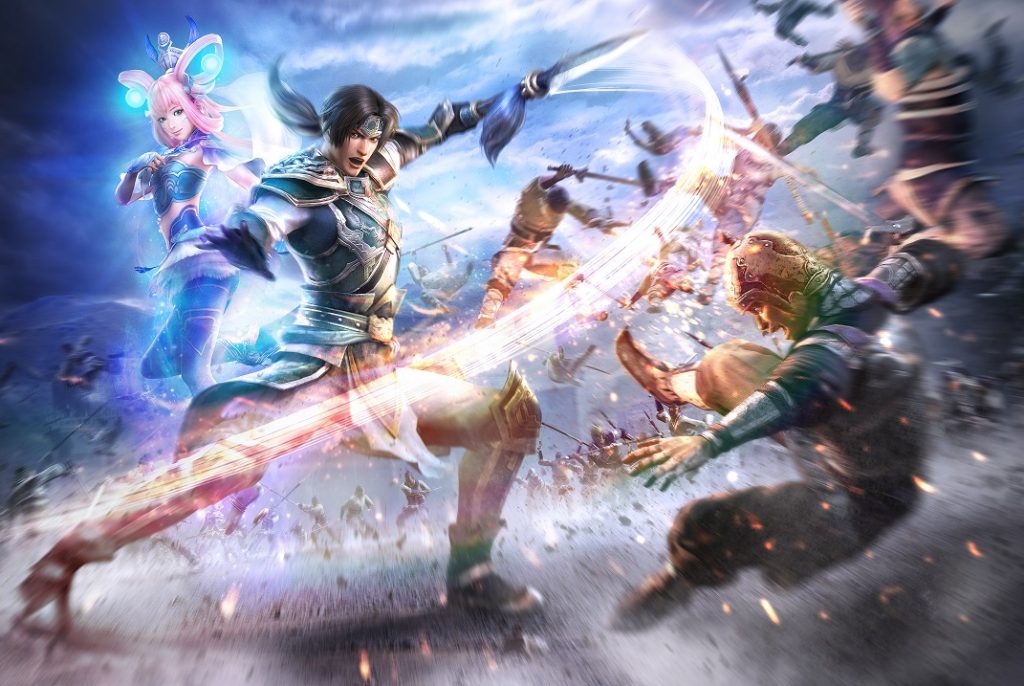 KOEI TECMO has recently given us a chance to check out their new strategy role-playing title, Dynasty Warriors: Godseekers. Series fans will recall that Omega Force had experimented with the genre in the past, but how will the most recent attempt fare? Will it successfully blend the elements that series fans and strategy RPG gamers love, or will it come up short?

As with every Dynasty Warriors title, Dynasty Warriors: Godseekers is set during the Three Kingdoms period of Chinese History, with series veteran Zhao Yun taking the lead as the main protagonist of the campaign. That said, the developers do not rely solely on the alumni characters to take the stage, as one new character that is quickly introduced is none other than Yun’s childhood friend, Lei Bin. Bin consistently praises Yun’s skills and strength after a battle, and the story honestly handles their friendship well and makes the relationship between the two quite believable. 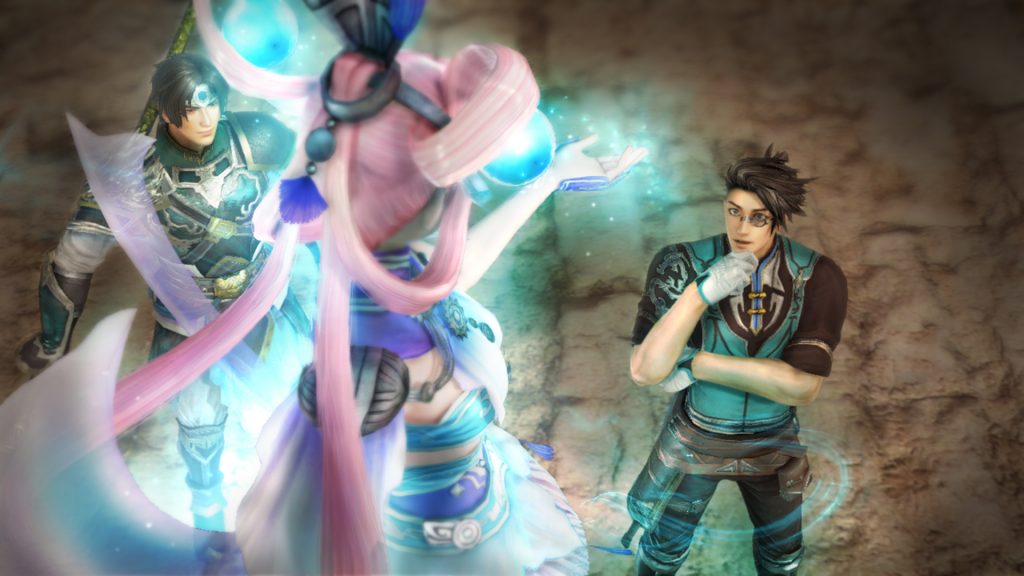 The second new character is also introduced at the beginning of the game and is none other than the mysterious Lixia. Yun and Bin discover her frozen near their home, and discover that she has some control over fate itself. This mighty power is tied to five elemental stones, which fall into the hands of villains such as Cao Cao, and the duo accompanies her on a quest to retrieve them. 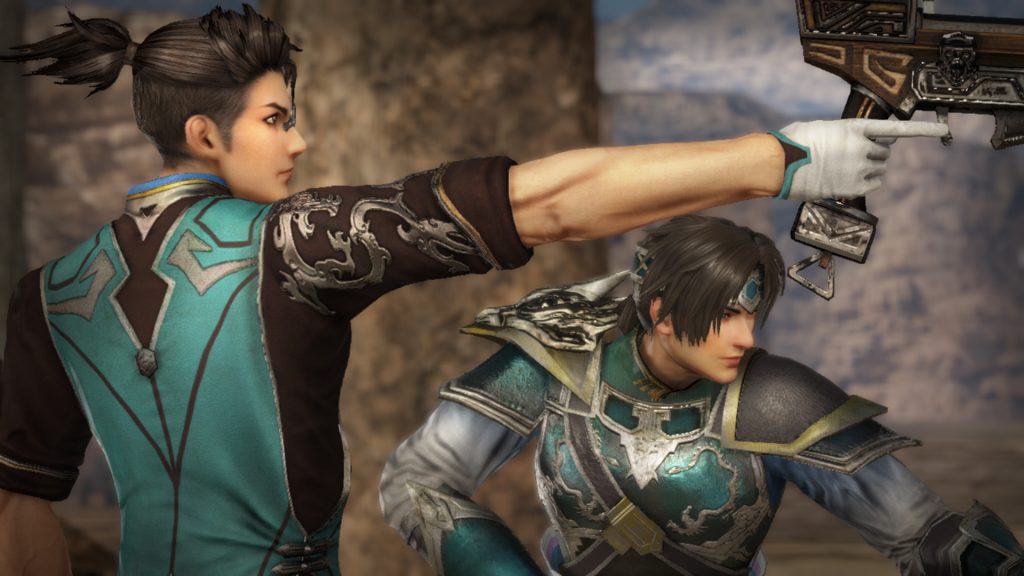 On a whole, the pieces do seem to fall into place a tad too easily. It is believable that Bin, a scholar, is interested in Lixia’s secrets, but Yun comes off as just the muscle for the most part.

This all combines to make a bit of an absurd take on Chinese history that is filled with interesting characters, plot, and lore.

The development team, as mentioned, has ditched the typical button mashing gameplay that the Dynasty Warriors series is so well known for and instead experimented, once again, with the strategy role-playing game genre. You will, in any given battle, be in control of a small team of heroes as they face off against enormous hordes of enemy units. The numbers, though they would seem unfair to the point of impossibility in most other tactical game, are more irritants than genuine threats, however. The exception, of course, is if you allow them to gang up on a single hero, as, in that case, they can easily squash said hero. 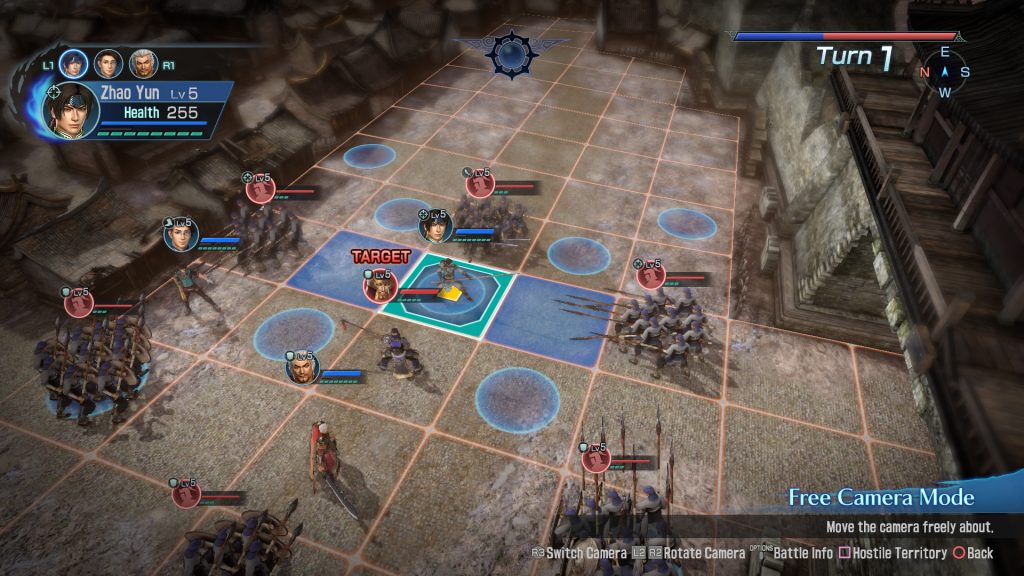 The enemy leaders and generals will, of course, actually offer up a bit of challenge, even though your heroes have access to some rather obscene attacks that allow you to wipe out a dozen or more enemies in a single attack if you place your units carefully enough.

As you battle, you will fill up a gauge and, once full, can pull off the “Synchro attacks,”. These work just like the musou attacks in the regular game, and, once activated, every other hero positioned on specific squares in relation to your lead hero will gain an additional turn to move and attack. Then, every hero involved in the Synchro attack will be able to target a large area of the battlefield together, wiping out any enemies present. The squares are different, depending on the hero, and, if you manage to get all of your heroes to work together, you can even take out the more powerful bosses in a single move. That said, coordinating in such a way does require some superb placement and tactical skills.

There are multiple types of battles for you to engage in as well. The first are the campaign battles, necessary, of course, to move along the story and gain access to new areas. Each of these begins with a story introduction to fill you in on what, exactly, is going on, and the victory conditions tend to be quite straight forward. That said, you will need to stay alert, as the game will shake things up by including unexpected enemy ambushes or even changing mission objectives mid-battle. 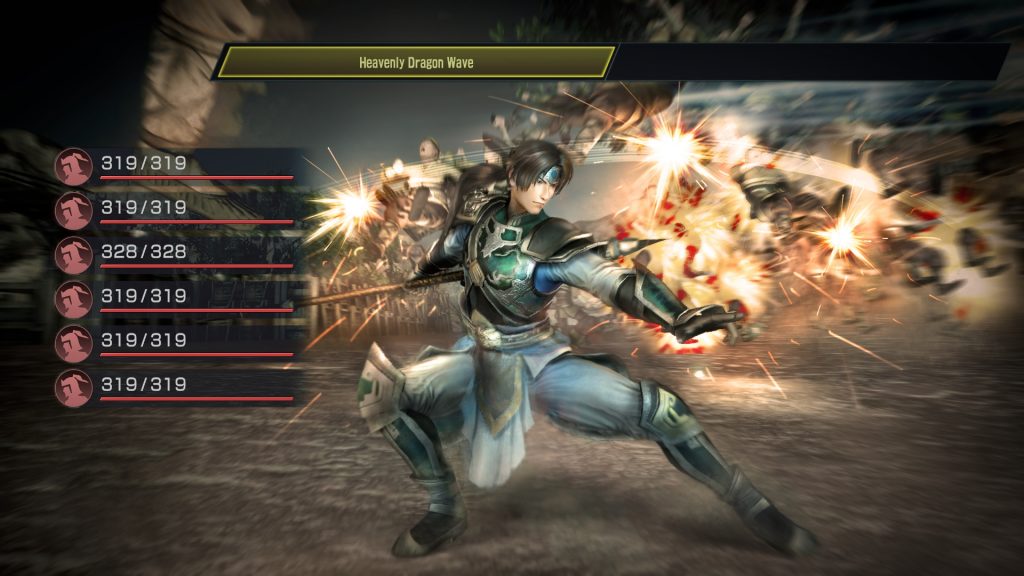 Other battles are optional to the player and open after you complete each area. By returning to these conquered battlefields, you will be able to choose additional missions to play through in order to gain special loot or just increase your party’s level. The victory conditions vary; Some may ask you to escort allies to a location, some may ask you to wipe out a target, and others may ask to stop an enemy from escaping, to name three scenarios.

Other side objectives, that help unlock characters, lie in the “Path of Destiny” missions that unlock as you play. These missions grant additional insight into the backstories of characters, granting you the ability to recruit them once you have completed their missions. To be honest, quite a few of the backstories are more entertaining than the main story, but that only enhances the enjoyment found within.

You also may be surprised at how much freedom you may feel as you play. Though the hallmarks of the genre are on display, the presentation can feel like it is a cut above the competition, granting you complete control of the camera. This is quite useful as the maps typically have multiple levels and feature some tight corridors, making the ability to swivel the camera around (even during attack animations, if you so choose) almost indispensable. 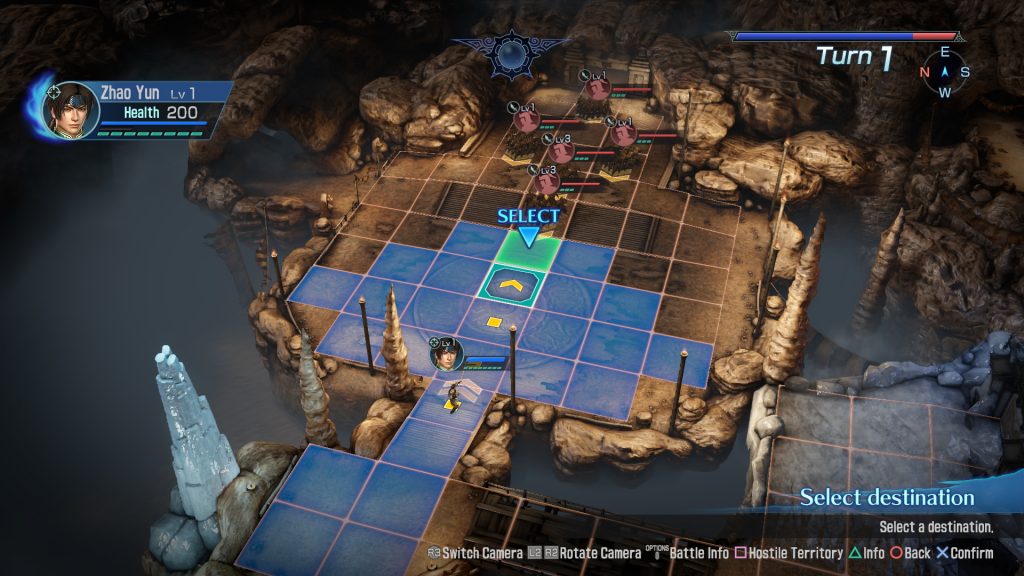 It’s well known that the Warriors games are not typically on the cutting edge of graphics, and Godseekers is not an exception. That said, it should be taken into account that the title was originally released on PlayStation 3. So while the graphics are not cutting edge, they are decent, if you keep this in mind.

In terms of audio, fans of the series know pretty well what to expect. Voices are in Chinese with English subtitles, and the soundtrack, while decent, honestly doesn’t add too much to the game. That said, the main point of the series has typically been the story built around the characters, so it is understandable that they would place more emphasis on the story rather than the soundtrack.

After everything is said and done, Dynasty Warriors: Godseekers provides a decent entry to the genre, and learning more and more of the characters as you play through is as addicting as ever. This new foray into the genre makes for a rather in-depth, massive title for fans and newcomers alike to enjoy. It does have its flaws, such as feeling far too easy at times, as well as beginning to feel like you’re doing the same thing gameplay-wise after a bit, but the pros do, in this reviewer’s opinion, outweigh them handily, particularly when there is just so much to do.