Resident Evil VII: Biohazard has been out for about a week now, even having its first downloadable content releasing so soon after launch. Many players have picked up the game, and though we’re still managing to survive the Baker household to give our readers a review, it’s taking a little longer than anticipated. With that in mind, here are my impressions so far with Capcom’s latest in their iconic survival horror series. Readers beware, as there may be minor spoilers in this article. 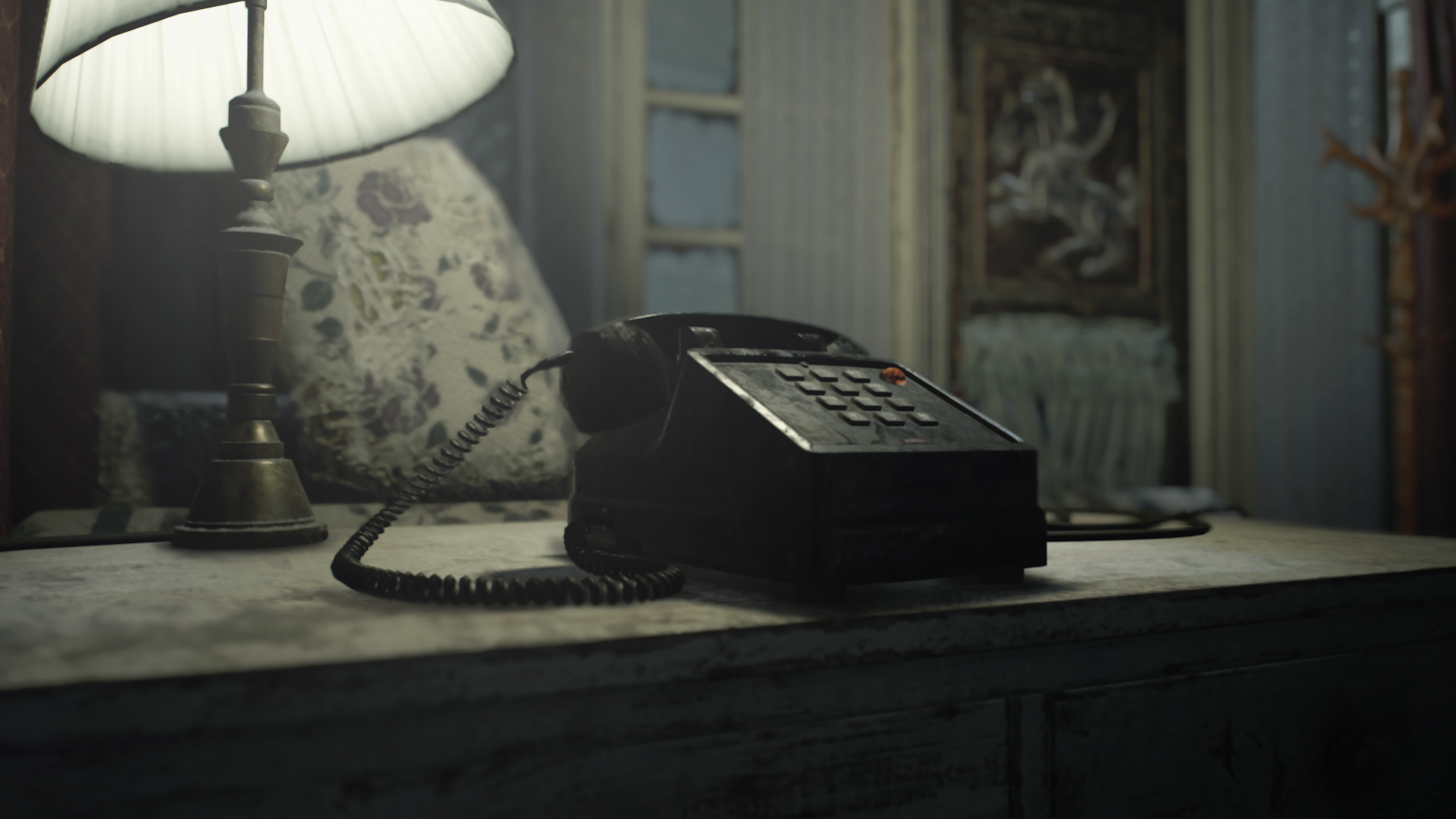 Most fans probably noticed the shift in gameplay and tone for this entry, taking more of a Texas Chainsaw Massacre approach to the horror with the eerie Baker family. With a first-person perspective, this change is working well for them, as it’s safe to say Resident Evil is back to being about survival horror. Gone are the explosive action segments as Resident Evil VII takes a more subtle approach to delivering a unique horror experience. There’s a big emphasis on stealth this time around too, capturing the spirit of survival as players will have to forage for weapons and recovery items.

Stealth is a fairly new aspect to the Resident Evil series, as previous games never had moments where players could really hide. They could avoid enemies, sure, but enemies were pretty much always aware where the player was at all times. Hiding from the various Baker family members that patrol the home during certain parts of the game adds a great deal of tension, even if the player has plenty of ammo to take them on. Take Jack Baker for example, a seemingly invincible psychopath that does everything in his power to try and dismantle you one limb at a time. When he patrols the main house, the player could choose to come out from hiding to put some well placed head shots into his skull, but since Jack cannot be killed this way, this is more or less a waste of ammo. Taking more of a stealth approach may be the safer route, but that can easily bring a player to their other problem: inventory management. 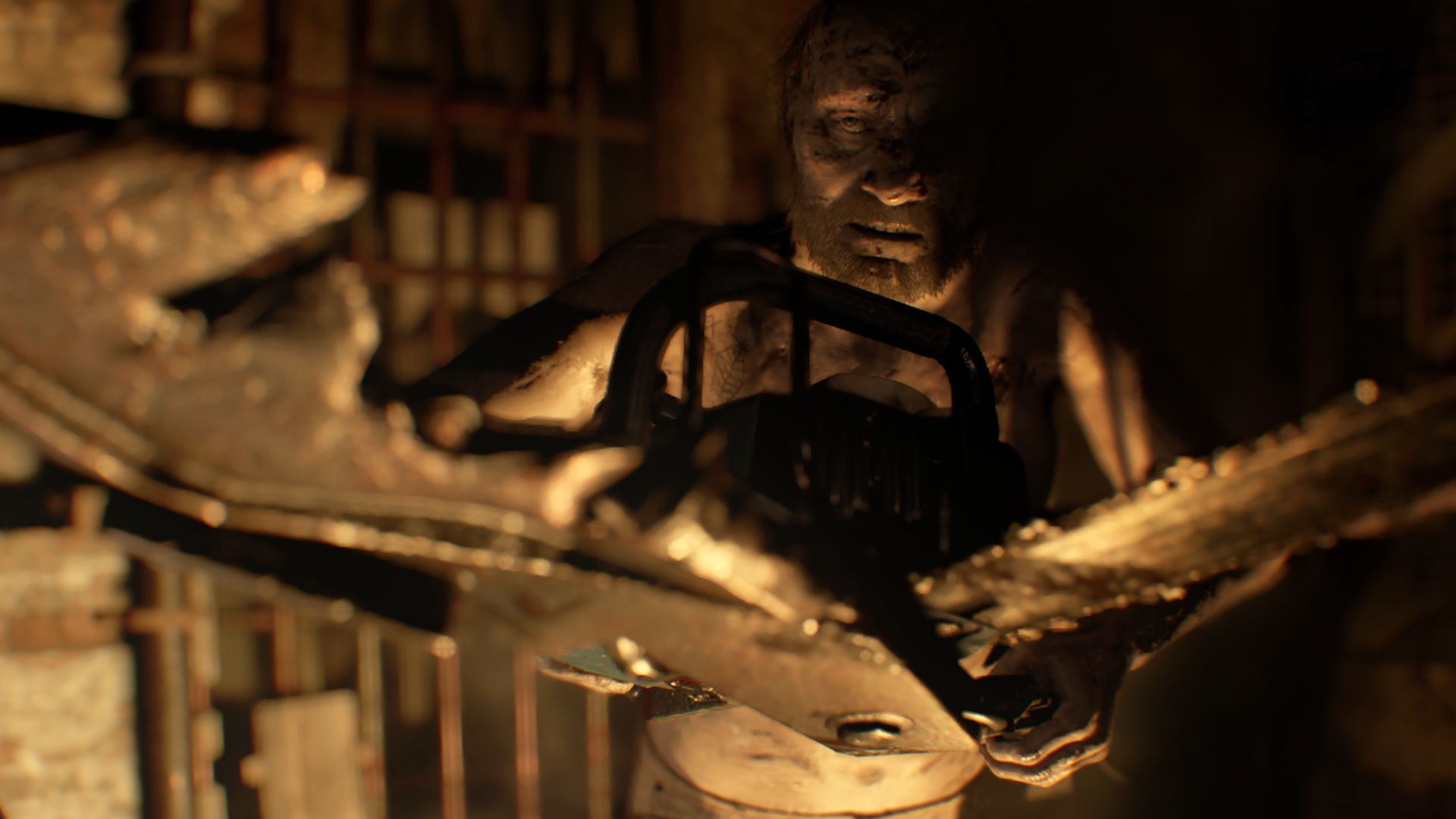 Fans of older Resident Evil titles, and even some of the newer ones will be no stranger to playing Tetris in their inventory to make room for various items they may pick up along the way. Searching the creepy environments may give the player a hefty amount of items to survive with, but if the inventory fills up, it may create tough decisions down the road. Stocking up on ammo may be more of a curse than a blessing, as ammo can take up multiple slots, making it difficult for players to pick up other valuable items. The only way to remove something from the inventory without losing it forever is to put it in a storage box in a safe room, so players have to manage their items with strategy before proceeding further in their quest.

Getting back to the horrors of the Baker household, the game utilizes the setting well in a way that no Resident Evil has before. While the first game took place in a Mansion, a similar setting to the home of the Bakers, it rarely made the home itself feel scary. Resident Evil VII makes the home come to life with excellent sound design, as wood creaks, faraway doors slam, and the sounds of other signs of life can be heard throughout the home. Even when the danger doesn’t seem present, there is always something that can manage to scare those that aren’t expecting the unexpected. As enemies loom on the horizon, the music ramps up to give the player an indication that they are not safe, only to go deathly quiet once the danger is over. It works well in this setting, and given the behaviors of some of the Baker family members, it can generate some authentic scares. 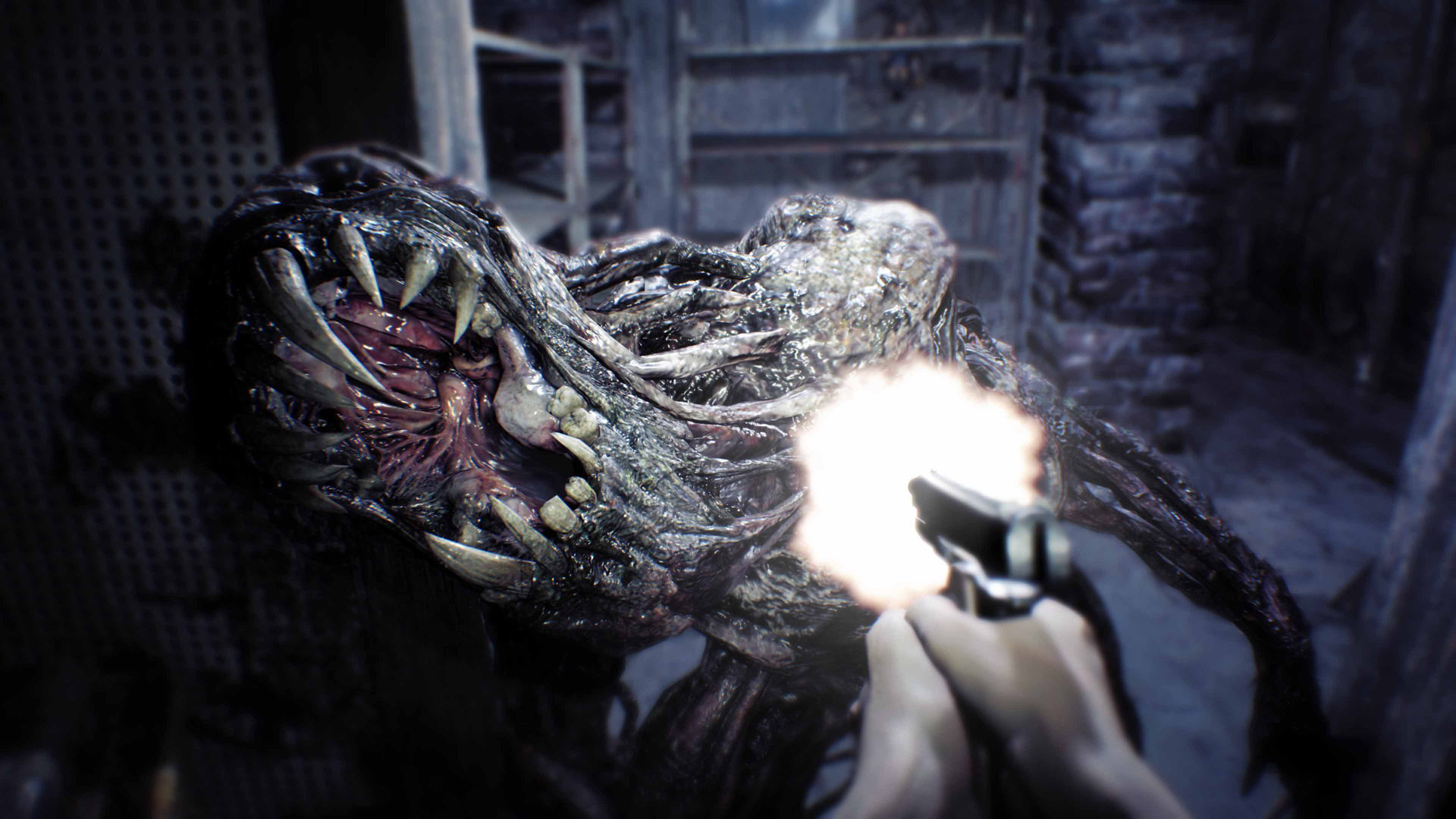 Even though the Baker family brings a sense of danger and scares to the game, another enemy type, the Molded, have a somewhat different effect. The Molded aren’t exactly scary, despite their grotesque appearance, but they serve a very different purpose. Even though they can be predictable with their appearances, they manage to do well at making players waste their ammunition, acting a lot like the Ooze enemies from Resident Evil: Revelations as they move a bit unpredictably, at least at first. Despite the way they move, the fact that their head is so ridiculously large makes it a less difficult target, making them a lot less of a threat. The Molded only become dangerous when taken on in groups, and that is only if the player doesn’t have the equipment to handle them in large numbers. Even though these creatures are nowhere near as scary as the Bakers, the fact that they work as common enemies for the player to use their ammunition on is almost vital to the balance of the game.

One more thing to note is the overall presentation to the mystery of the game. For the first time in a long time, the story of a Resident Evil game doesn’t shove the plot in the players face. Players will have to find files and photographs scattered around the game to uncover more elements of the story, but overall, it comes down to the protagonist Ethan wanting to escape a house with his wife Mia. This subtle approach of exposition is a fantastic way to engage fans that are used to seeing series regulars like Leon Kennedy trying to uncover a corporate conspiracy. Not that there aren’t similar elements in this entry, as this is still a Resident Evil title, but the fact that Ethan is a brand new character for this entry shows that Capcom is trying to make this brand feel fresh again, and it works incredibly well. 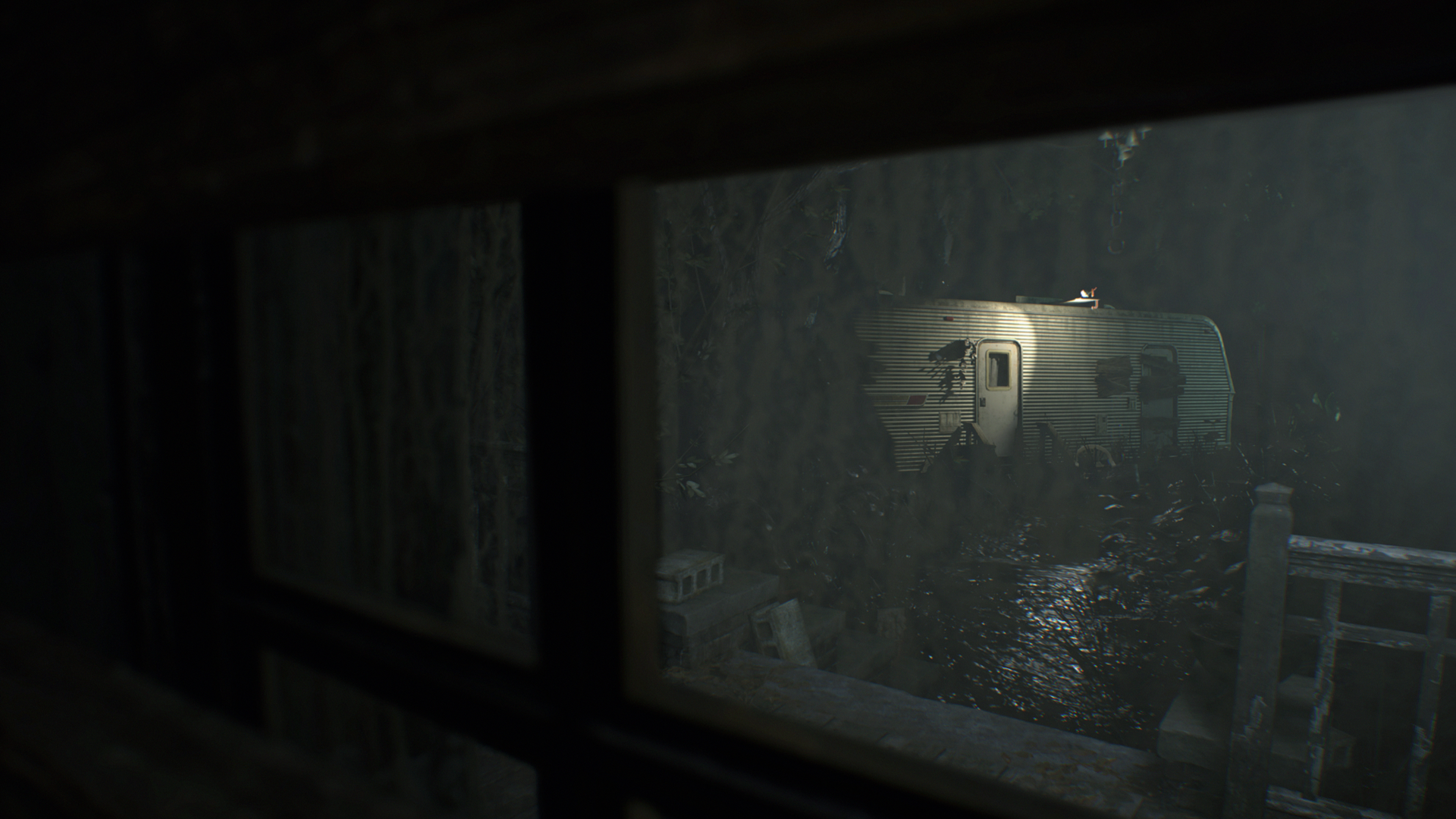 Hopefully we can finish the game and get a review published before the weekend is over, but so far, Resident Evil VII: Biohazard is a great example of how to revitalize a series. Just looking at other reactions to the game, it’s the first time in a long time that fans of the series are having legitimate fear while playing this franchise. Even more so for the owners of the PlayStation VR, who are experiencing the horrors in front of their very eyes. Look for more details in our upcoming review when we finish the game.