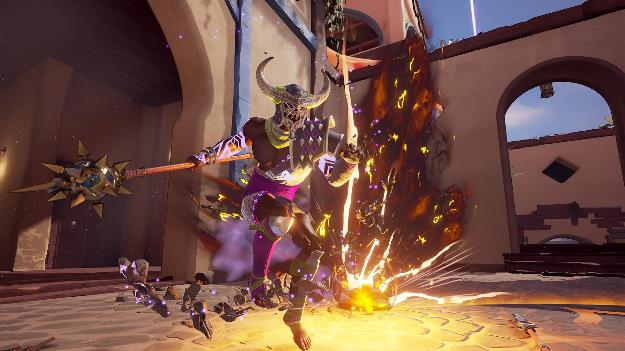 Torn Banner Studios was recently excited to share a new trailer showing off one of the iconic classes of their upcoming multiplayer action-combat game, Mirage: Arcane Warfare. This class is none other than the hulking brute excelling at melee, the Taurant.

The Taurant is loud, brash, and very noisy, and so though you can hear him coming, it’s little consolation, as he brings chaos wherever he goes, delivering massive damage with his grand mace and brutal abilities, which you can check out below:

The Taurant lacks speed and agility, but he more than makes up for it with raw offensive power, as the latest trailer in their “Instruments of Deat” series showcases.

What are your thoughts on this class thus far?