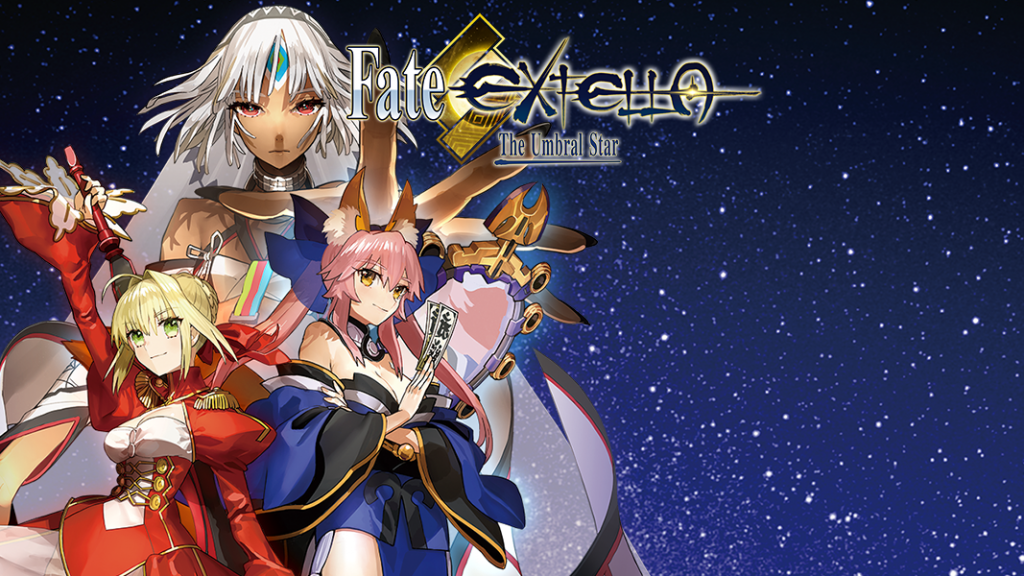 A new title borrowing heavily from the Warriors games has been released, known as Fate/EXTELLA: The Umbral Star. This title aims to please both fans of the series and fans of the Warriors series, but will it succeed in doing either?

Fate/EXTELLA is the sequel to Fate/EXTRA, which was released on the PSP, and takes place after the Holy Grail War has ended in an artificial world known as SE.RA.PH in the Moon Cell. Nero and her master were victorious and now have a ring known as the Regalia as a trophy.

They soon run into a new challenger who has a Regalia as well; It appears that both need to be united in order to complete the Regalia. In the meantime, the other servants are plotting behind the scenes. For those unaware, Fate universe servants are heroic spirits that have been bound to a particular master.

The game’s story is told through three different servants, with a few sub-servants featured for each character. Once you have managed to beat each of the main story paths, you will unlock the final, or true, story mode.

The localization is quite good, but some may find the story rather uninteresting. Some fans may even feel like some of their favorite characters from the anime are nothing more than a shell of what they appear to be in the series.

In terms of gameplay, there are really two portions. The first is the visual novel-style segments, which feature quite a bit of dialogue and choices for you to make. If you wish, you can skip ahead to the battle sections, which play out like the Warriors games. 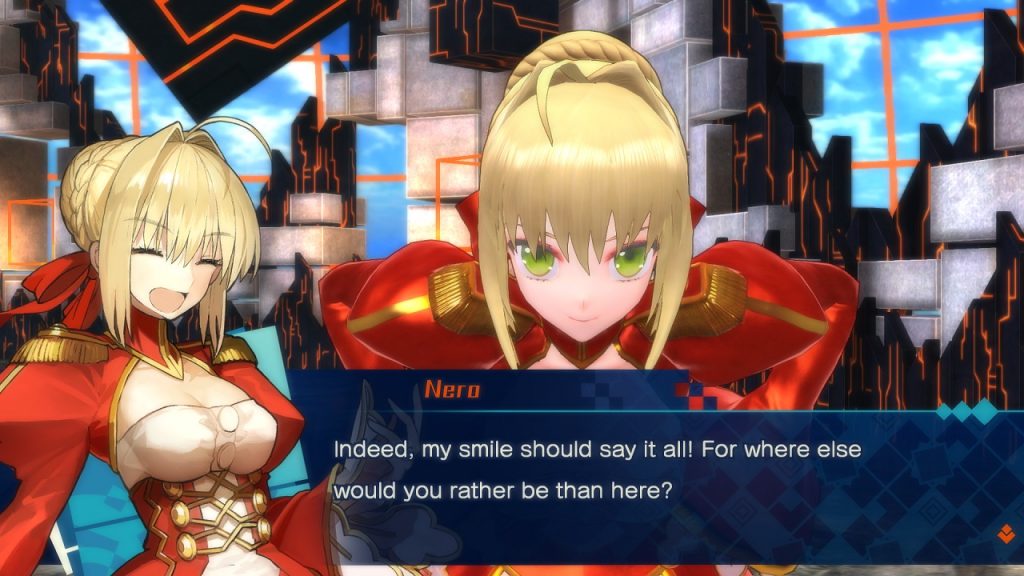 You will have objectives in each area to clear as you plow through waves and waves of nameless enemies, eventually forcing the more powerful Aggressors to appear. In addition, you will also take on enemy servants and plants. The plants can be quite annoying, spawning more and more agressors, thus making it more difficult to take over the sectors you are attempting to. 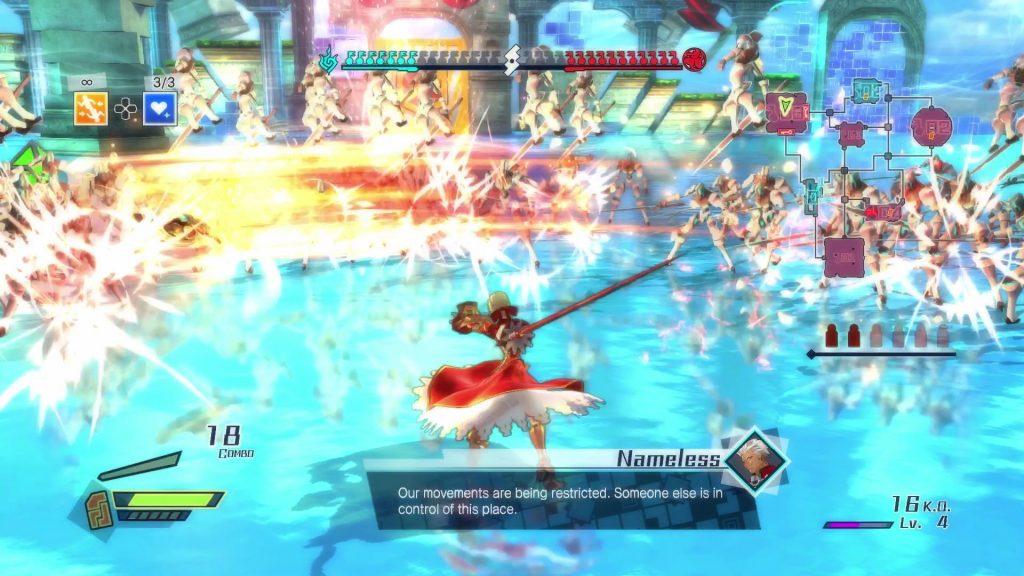 Once you manage to collect enough keys by capturing sectors, boss servants will appear to challenge you. As you may expect, these bosses can, for the most part, actually pose a challenge, unlike the grunts who seem to essentially exist solely so that you can build up your meters and unleash your Extella Manoeuvres on your more powerful foes.

Spread across the field are also Phantasm Circuits. Once collected, you will be able to unleash a very powerful attack within a sector by revealing the name of your Noble Phantasm.

After each stage, you will be able to boost your stats and skills in various ways. You can craft better equipment and install skills that you locate on the battlefield in order to gain various benefits.

In terms of graphical quailty, the visuals feel a little inconsistent. To be specific, the interface and menus look fantastic, but some of the story scenes and character models of servants can look quite bad, making it look more like an upscaled Vita game, rather than an actual PlayStation 4 title. That said, combat animations are quite smooth as well, and despite the sheer number of enemies on the screen at any given time, I never really noticed any slowdown, so the optimization was quite good.

Audio-wise, some may complain that the audio is purely in Japanese. One complaint that is likely to be cited is that, as you battle enemies, your servants will mention various things, forcing you to split your attention between reading what’s being said (if you have any interest, that is) and the combat. Of course, that said, the music and overall audio design are both quite nice.

Though Fate/EXTELLA: The Umbral Star does deliver a solid Warriors-style gameplay mixed with Fate-series story, there are a few things that hold it back from truly shining. Marvelous certainly has the potential to improve it and make an amazing series with a few tweaks to gameplay, art, and story.