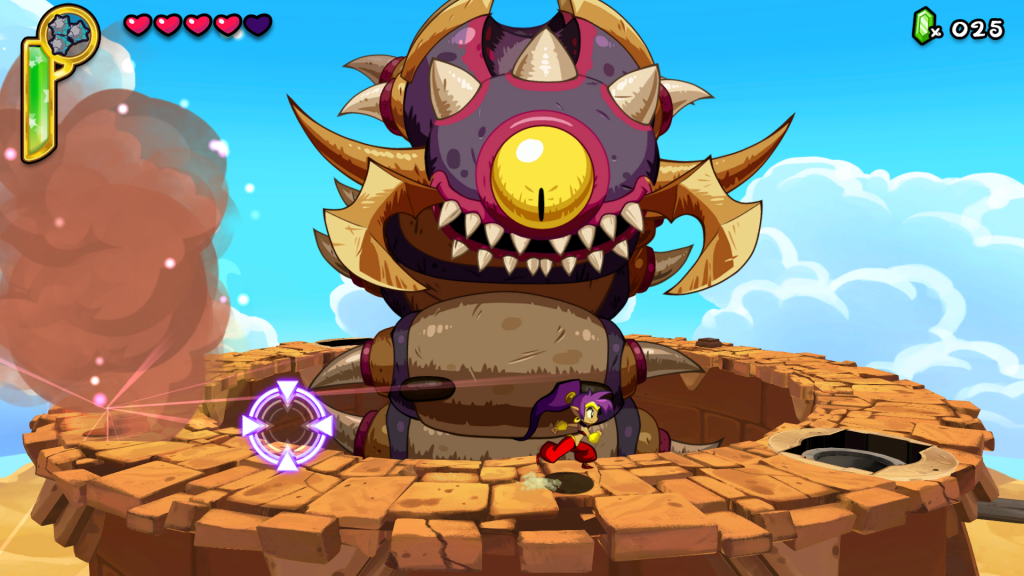 We’ve had a chance to check out Shantae: Half-Genie Hero after its successful Kickstarter campaign. For those unaware, this series has been one that only survived thanks to the passion and love of its creators and its fans. The first game was released in 2002 for the Game Boy Color in limited quantites. Capcom subsequently cancelled its sequel, but Wayforward continued to release sequels in 2010 and 2014, both of which were quite successful and well-received. How will Shantae: Half-Genie Hero fare?

The plot of Shantae: Half-Genie Hero is generic.. at least if you take it at face value. A dream warns Shantae of impending danger to both her world and the Genie Realm, and she will need to team up with returning allies to take on returning foes. As she continues, she will find pieces to help build a device that Uncle Mimic is constructing in order to protect Scuttle Town. 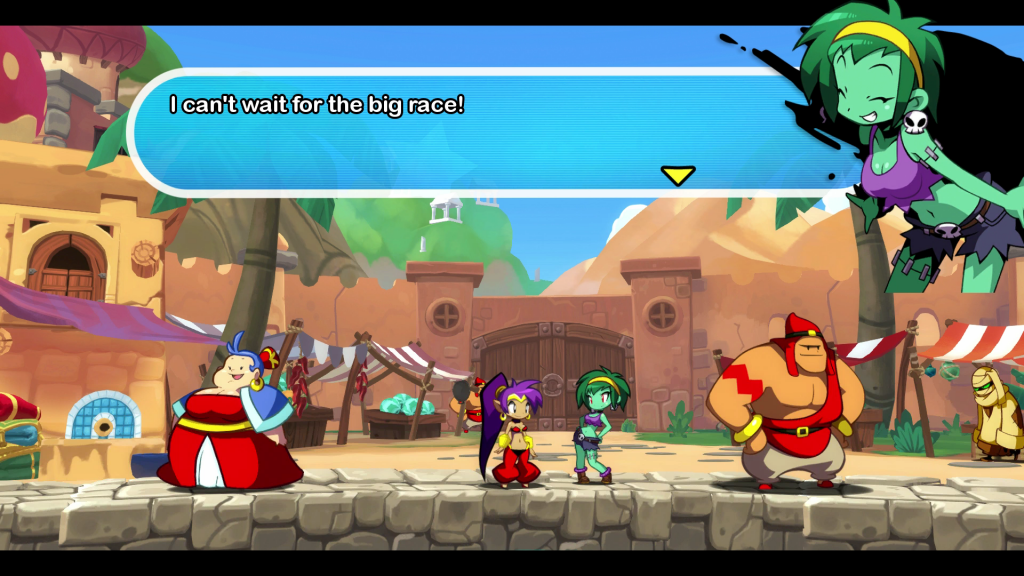 It features positive themes of courage and heart, so the story honestly does very little wrong and it also manages to surprise with some subtle yet clever bits of humor sprinkled into the dialogue.

Longtime fans of the series already know basically what to expect from the gameplay. The combat is somewhat simplistic, and the platforming is bolstered by magic attacks and transformation dances that are utilized to solve puzzles and find secrets. The game’s seven levels are full of both puzzles and secrets, and the gameplay often feels like that you would find in classic platformers; It features retro sound effects and enemies that spawn based on screen location. The kill animations, however, do bring to mind the Smash Bros franchise. 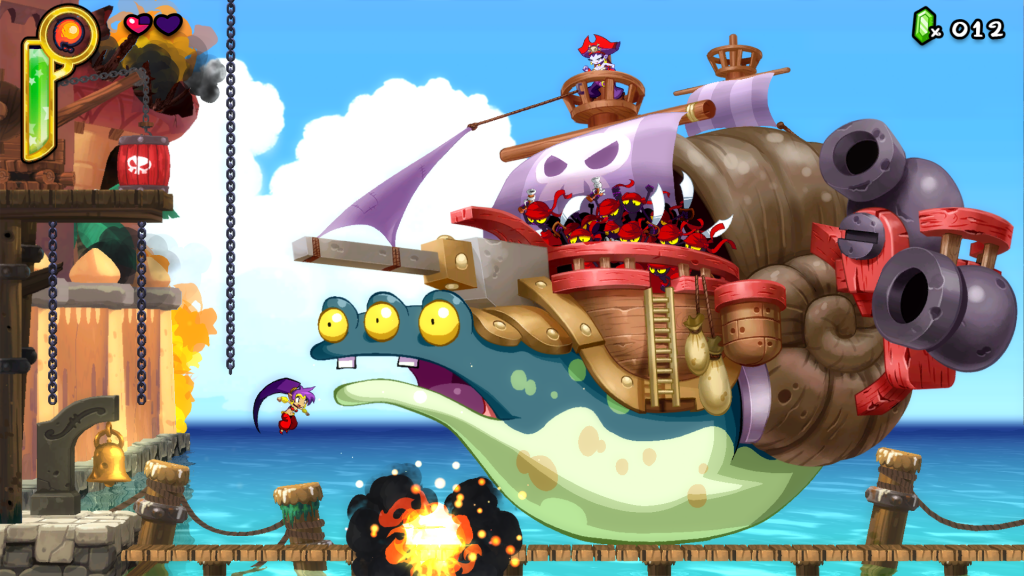 The boss battles at the end of each world are typically major highlights, as they introduce mechanics that are both simple to uncover and challenging (and rewarding!) to execute.

You will need to revisit each world consistently as you gain new abilities, and though this can typically be seen as a generic and lazy way to extend game time, it just feels so natural in Shantae: Half-Genie Hero that I really can’t complain about it. It does also make the game feel like a more simple Metroidvania-style title. 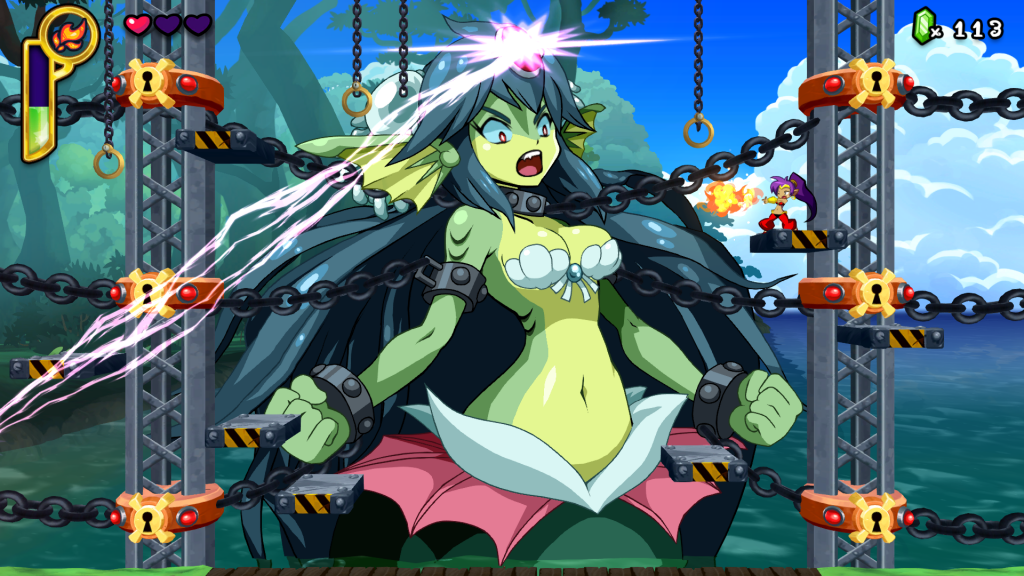 You can also unlock other characters, each with their own unique stories and play styles. The completion rate for each is tracked by the game, as is the time, so if you’re the kind of gamer who enjoys playing Super Mario Bros. for the points, you will have plenty to enjoy here. 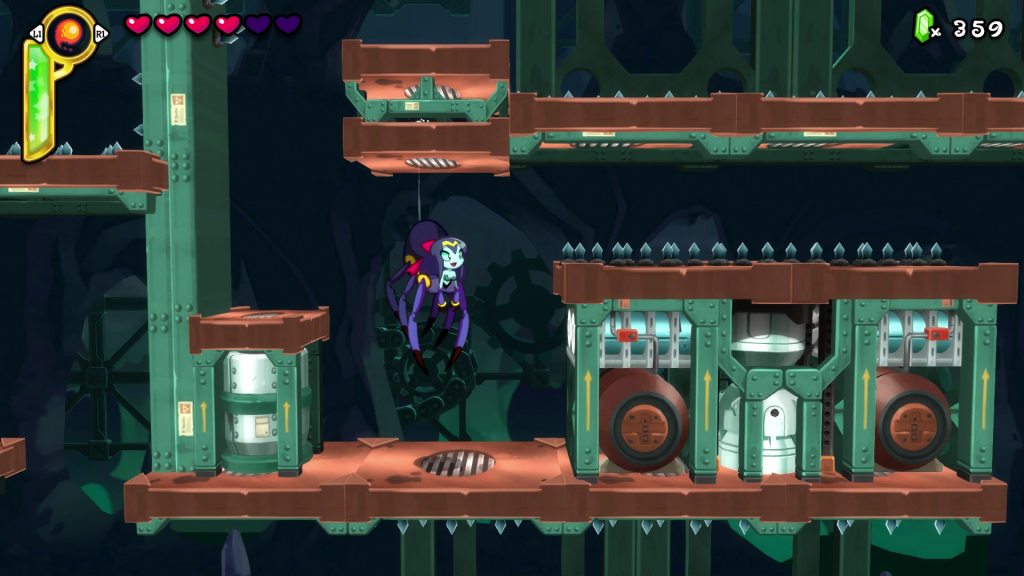 Shantae: Half-Genie Hero truly shines in terms of presentation. As the first title made for console, the game’s 2.5D style has been implemented in quite an aesthetically pleasing way that not many games seem to be able to accomplish fully. The animations and art are both fantastic, and the ability to unlock concept and fan art grants you more reason to go through and locate all collectibles.

In terms of audio, the sound effects are quite nice, and the modern take on some classic soundtracks ends up providing some of the best gaming music of the year.

When all’s said and done, the efforts that both Wayforward and the passionate fans of the series have gone through have paid off quite nicely. Shantae: Half-Genie Hero is a beautiful game that should appeal to gamers of all experience, and though it isn’t the longest, clocking in around 8 hours, the replayability with different characters and endings definitely make it a title that platformer fans of all ages should enjoy.