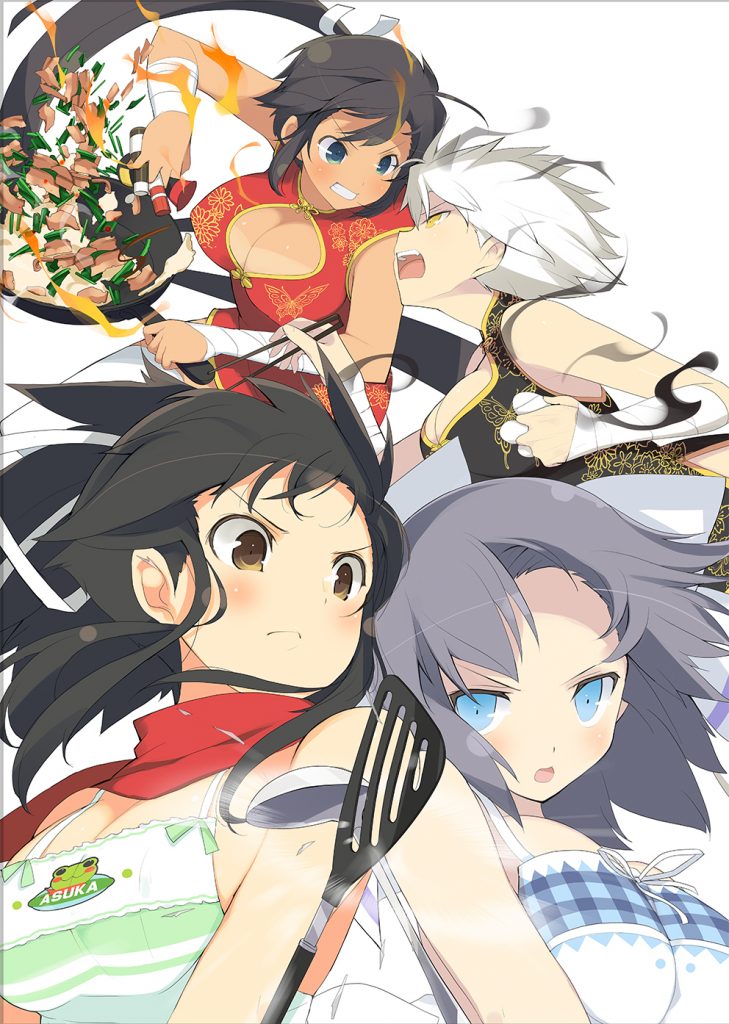 Senran Kagura Bon Appétit is a rhythm game that features all of the clothes-ripping, fan-service humor of the Senran Kagura series and mixes it up to create a rather unique game. But does “Unique” actually mean it will be any good?

The storyline is pretty simple. Old man Hanzo wishes to see some gorgeous ladies develop their culinary skills and eat some fantastic tasting food. As such, he creates a contest in which the entire cast of girls from the series may enter in any order to win a secret scroll which will grant their innermost desires. As such, in pure Senran Kagura fashion, frantic chaos ensues as the girls attempt to outdo one another and win this scroll.

The title has three modes for you to choose from. Up first is the Story Mode, which is what you’ll need to play in order to progress the main game. Second is the Free Mode, in which you can mix and match opponents in a cooking showdown. Third is the Arcade Mode, in which your skills are recorded and posted to an online leaderboard.

The game feels quite solid, with fair timing that never really makes it feel like you have been cheated out of your response times. You can utilize keyboard or gamepad, with gamepad feeling a bit more natural (in my opinion) and easier to develop your skills. 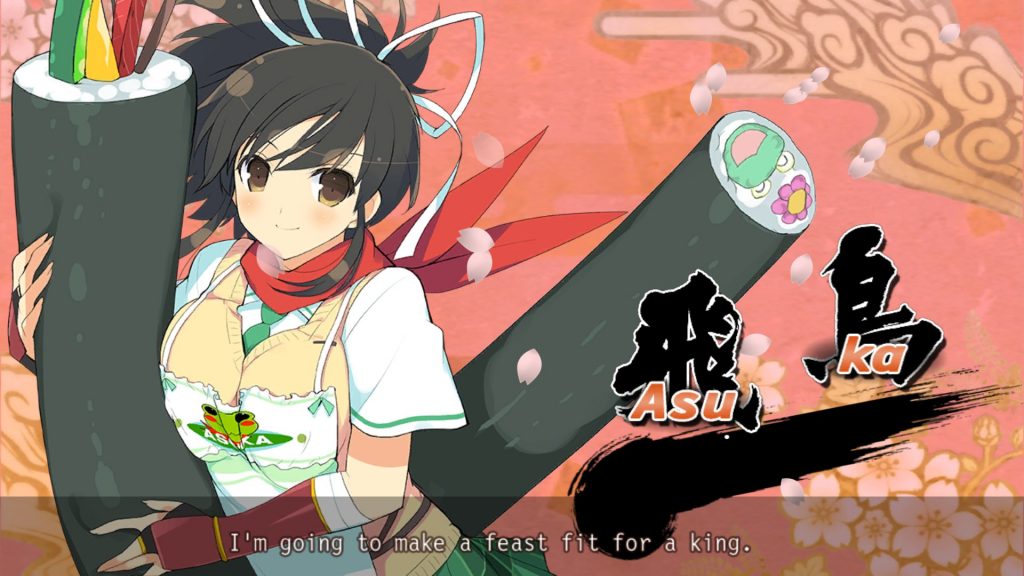 As fans of the series have come to expect, there is a dressing room that is brimming with costumes and props. These will be unlocked as you score an A to E rating upon defeating your opponent, with a higher score meaning more unlocked at once. It is fun to mix and match costumes, which modifies your visual experience of the game, although some who dislike fanservice will dislike several of these costumes.

One thing that is off-putting is the drastically varying difficulty of some characters. Story and Arcade mode do not progressively build up the challenge with each round. Instead, it is purely coincidental depending on your opponent, with some having very challenging and overwhelming songs and others featuring easy songs. As such, you may be playing through a story only to come across an incredibly tough opponent in the second round, then end in an extremely easy opponent for the finale. 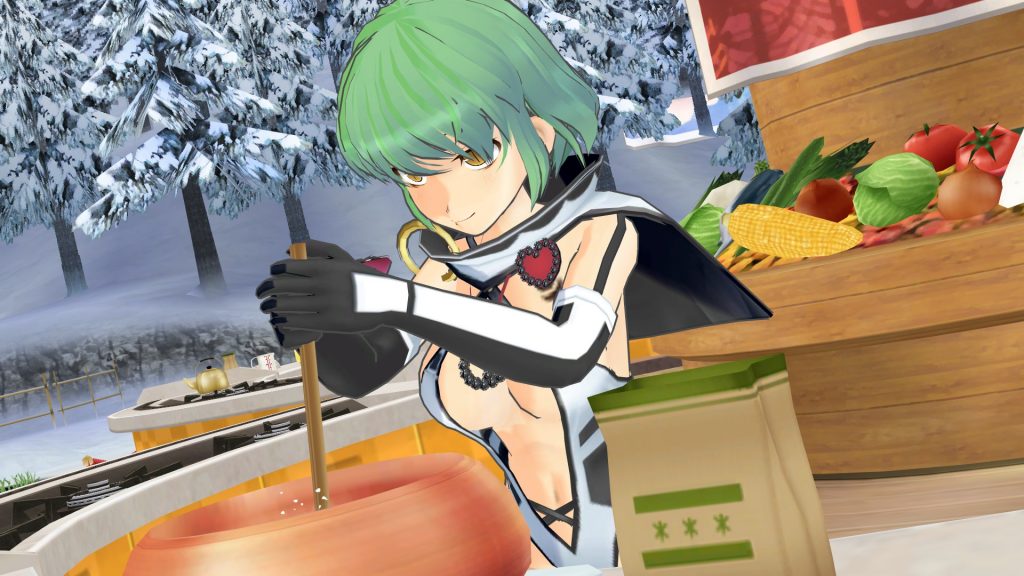 The graphics are quite good, and the title also features more than 20 songs to keep the experience fresh and exciting. The soundtrack is, for the most part, enjoyable, and it can take quite a while to get the hang of several of these songs.

When all’s said and done, Senran Kagura Bon Appétit is full of lewd, silly humor, outrageous outfits, and an addictive rhythm experience that results in a title that is quite fun. Rhythm fans should find plenty to enjoy, providing they can get past the sheer amount of fanservice offered up by the game.