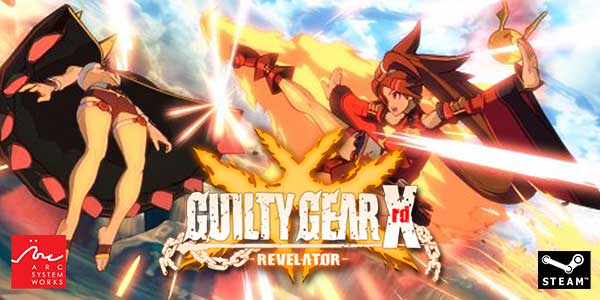 Arc System Works was excited to announce that Guilty Gear Xrd -Revelator- will arrive on Steam come December 14, 2016, retailing at $49.99 with a special 10% launch discount. Those interested can spend $18 more to pick up the One Dawn bundle, which contains all of the downloadable content.

The PC version will include the GUILTY GEAR Sound Live 2014 Archives+, which boasts 11 tracks and three vocal tracks that are new in Revelator, as well as Dizzy’s Maine Theme song.

Here are the key features, for those unaware:

Choose between Stylish and Technical modes depending on your skill level allowing beginners and pros alike to unleash lethal combos at the push of a button.

Intense brawls, polished graphics and massive amounts of content ensure the fight is never over.

Digital music album as a bonus to first month buyers!
Those who purchase the game between 12/15/2016 – 1/14/2017 will receive the digital music album “GUILTY GEAR Sound Live Archives+” as a free bonus.
*Please check the Steam store page for other bonus details.
To celebrate the launch of the game, the Arc System Works Official Mail Order Site will be selling various DX Packs!

In addition, the official Arc System Works mail order site will sell special bundles that include the game on Steam as well as the original soundtrack, as well as some exclusive items that cannot be found elsewhere.