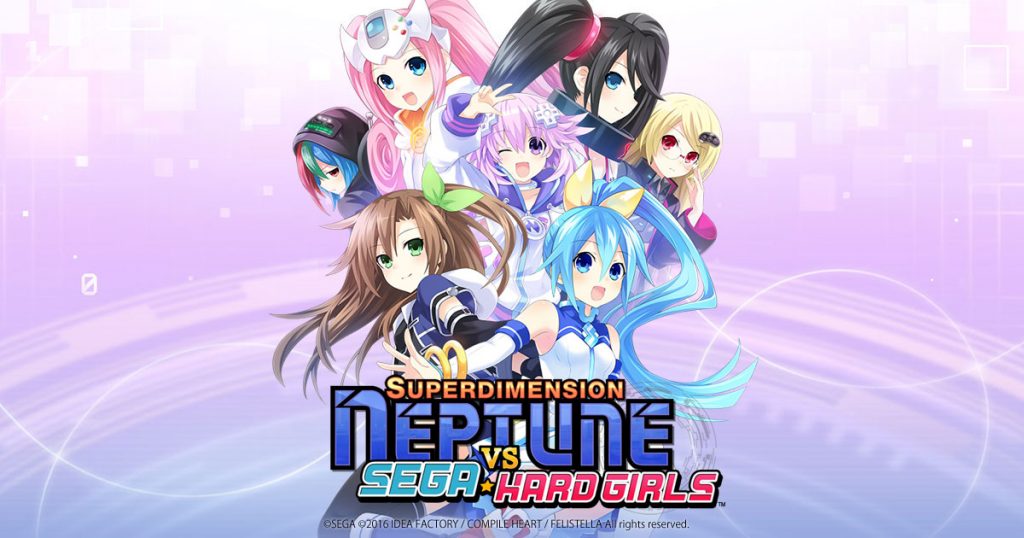 I had initially gone into the Hyperdimension franchise skeptically, unsure how I would appreciate a game with so much fanservice. I have been pleasantly surprised by the titles thus far, however, and delved eagerly into Superdimension Neptunia VS Sega Hard Girls. Perhaps too eagerly, as I have been playing it so much the review was delayed….. Before I begin talking about the game in-depth, I do wish to apologize to all of my readers, as well as the folks over at Idea Factory, on the delay; I am sorry that I am so late in this.

The story revolving around this entry in the series follows IF, who exists in a desolate and ruined future. She is navigating around the world and indulging her whims for adventure when she suddenly happens upon a library that hosts the entire history of a world. This library, however, is having some issues; History seems to be vanishing from its shelves, as if it never existed in the first place.

IF, by circumstance, proceeds to run into Hatsumi Sega, or Segami, and decides to team up with her in order to travel back in time, thanks to a few changes to her motorcycle, and see what they can do about recovering the lost history. As such, they will head into the various eras of the world, which are each based after a SEGA console (Dreamcast, Game Gear, and Mega Drive), meet and assist the familiar denizens, and fight with a variety of series staple monsters that parody famous beasts that have appeared in games throughout the years.

The gameplay in Superdimension Neptunia: Sega Hard Girls is similar to that in the other entries of the series, offering up a solid turn-based battle system for JRPG fans to enjoy. The system has quite a bit of depth to it, and you can unlock different power-ups on the field by destroying Super Mario-esque blocks by hitting them with your head. Those used to prior titles should be able to grasp the system quickly enough, as it is, by and large, similar to the systems utilized previously, but new features also help keep it from feeling old.

As you explore the world, you will have quite a bit of fourth-wall-breaking humor thrown at you; Even more so than previous titles featured. Some of the jokes will be lost on fresh players, requiring, as they do, for you to be familiar with the characters, however, the game even makes fun of that fact itself. 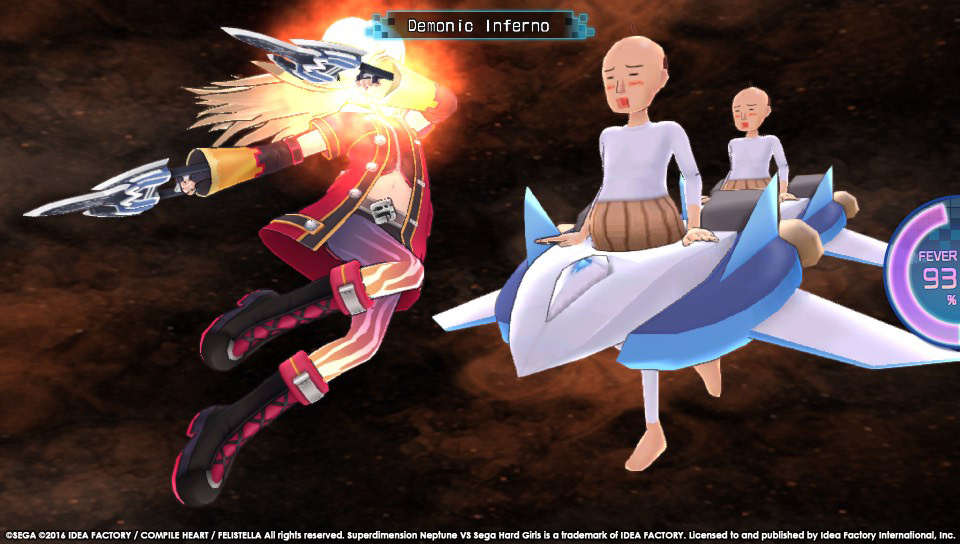 Though the ratcheting up of the fourth-wall-breaking humor has destroyed any and all pretense that the characters exist outside of their self-aware basis may result in some arguing that the characters have thus been fully reduced to single note caricatures, this reviewer would like to argue that it actually works quite well for the game. Without limitation now, the writers can add in as much dialogue and scenarios that are partly designed as industry in-jokes and party as ribbing for the audience most likely to purchase the title.

The series also features quite a bit of fanservice, and Superdimension Neptune VS Sega Hard Girls is certainly no exception. Indeed, it delves even deeper, with Segami’s skirt being short enough that one may say that she should just stop the pretense of wearing something to preserve her modesty.That said, when ignoring this, she is presented as quite a strong and interesting character, while IF herself is as restrained as Idea Factory gets. 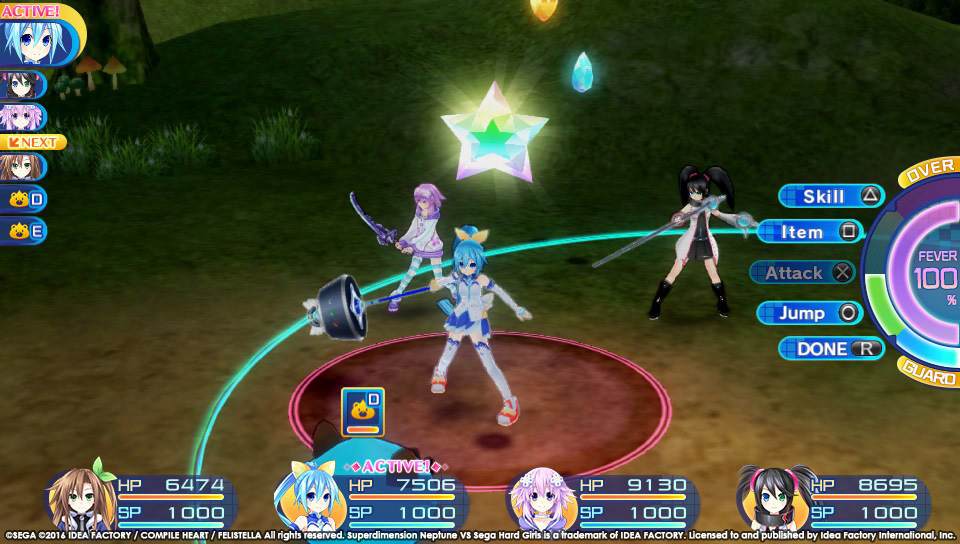 The mission structure itself typically has you trek through dungeons multiple times, and, to top everything off, these dungeons are even often ones you have visited in prior games. That said, it features great pacing with compact missions and dungeons to enjoy.

The graphics, being limited by the Vita’s hardware, do seem to be a bit aged, and enemy designs are, for the most part, ripped from prior titles. The music also seems to be taken from the prior titles, and though some players may consider this to be quite lazy, as the games have already looked and sounded great on the PlayStation Vita, there isn’t much of a reason to not reuse the assets.

Superdimension Neptune VS Sega Hard Girls is a fun game that improves on the previous titles in most ways, making it a thoroughly addicting JRPG for fans to enjoy. If you’re offended by the fanservice, you will likely want to pass on it, but this is honestly one of the best JRPGs I’ve played this year.