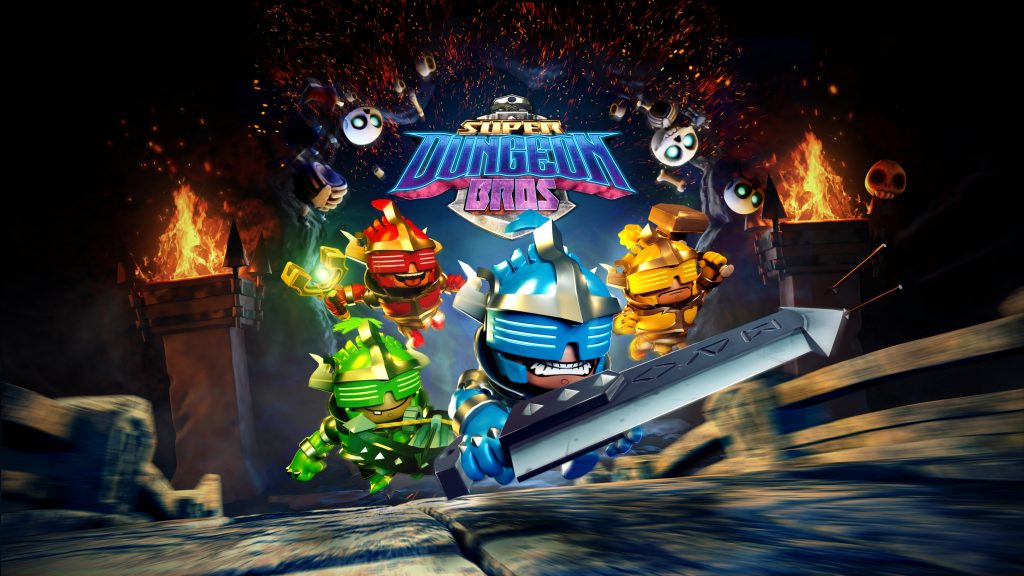 Super Dungeon Bros offers up a new and silly element to the co-op dungeon crawler genre, but will this element be enough to keep your attention all the way through?

The story behind Super Dungeon Bros is quite simple. The four Bros, or Broettes, are all named after rock icons and are partying one day. They decide to play a boy band record backward and hear a message that prompts them to go on a quest, crawling through three dungeons in order to rescue the rock gods and become rock legends themselves.

The gameplay consists of traveling through several caverns, fighting hordes of enemies, and crafting new weapons. The latter allows you to avoid the tedium of just utilizing the same weapon over and over, and certain weapons actually work better in certain dungeons. Of course, when you play with more people, the variety of weapons helps allow for better strategies. 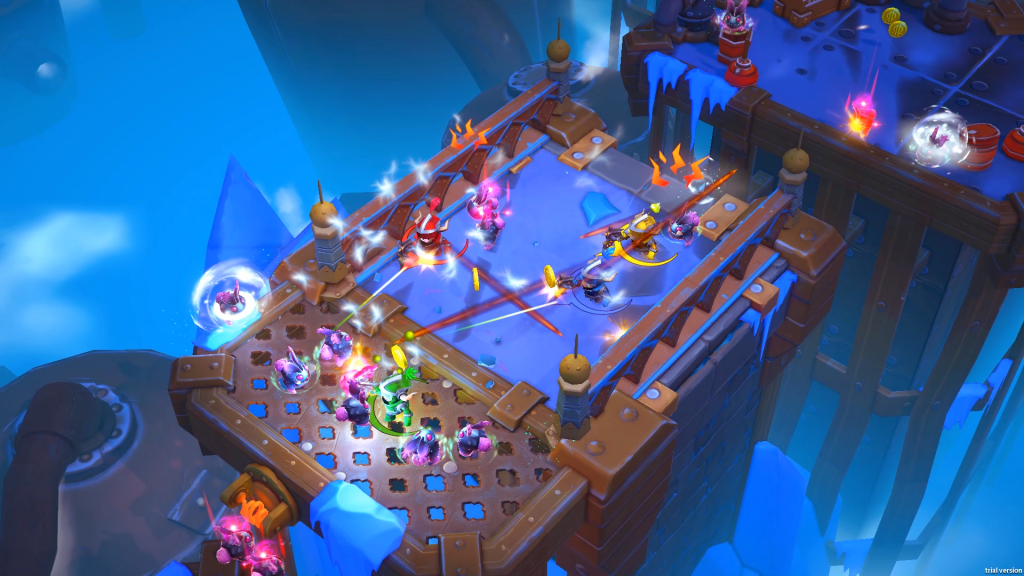 In terms of weapons, you will need to be careful about the ones you choose. For instance, at the beginning of the game, you have a choice between a broadsword and a crossbow. If you go with the crossbow, you will have unlimited ammo, but will also need to keep the reload time, which is a few seconds for 12 bolts, in mind, or else the hordes of enemies can easily take you out, due to the lack of running and limited dodge roll (you can only do so a few times before you are stunned with dizziness). As such, if you are going solo, you may want to opt for the sword.

In addition to your weapons, you can also find bombs littered throughout the areas, which can either be shot at or picked up and thrown. If you desire, you can also cause damage to your enemies by throwing your fellow bros at them, but you may well earn their ire as well. 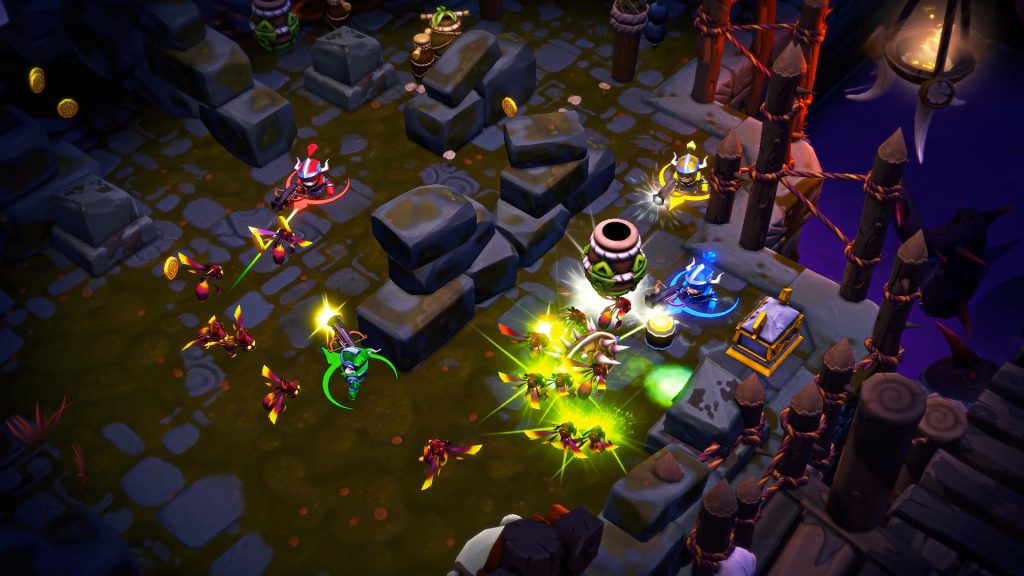 There are also traps, as you would expect, placed throughout the caverns. If you so desire, you can actually trick the enemies into running into them, killing themselves as they try to get to you.

As you play, you begin with a mere four lives. You will be able to purchase additional lives in the caves if you get low, as well as upgrade your HP, refill any health you may have lost, and even refill your ultra-attack charge bars. Thus, it is possible to complete the game solo, but quite difficult. And when you add in the fact that losing all of your lives, or having to quit the game, means that you will need to begin the entire dungeon from scratch, no matter how deep you have gotten, it can become somewhat annoying. When this happens, your cash, crafting materials, and weapons will carry over, but absolutely nothing else will. 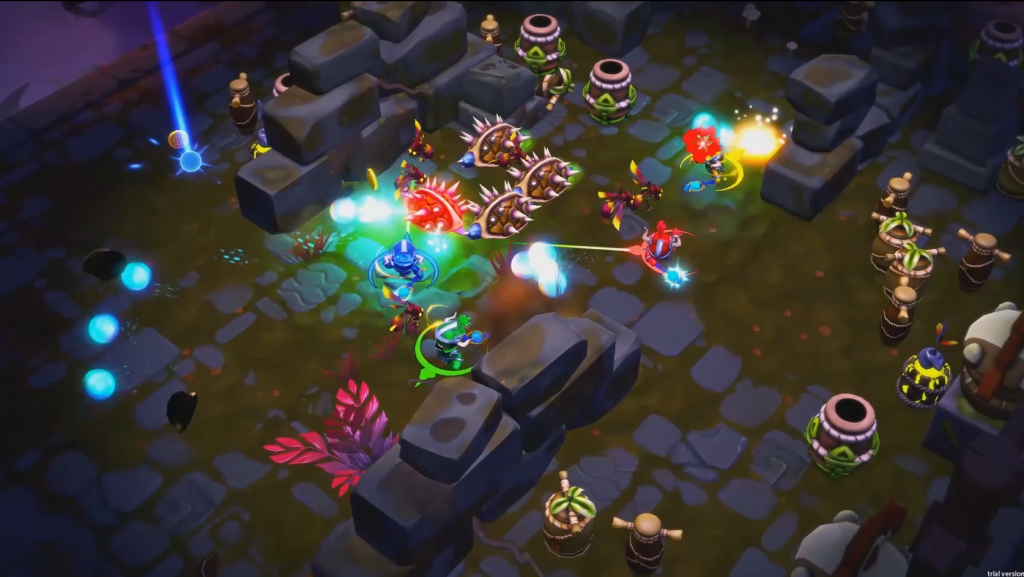 It is obvious that Super Dungeon Bros is a title meant to be played with friends, not only for the varying strategies mentioned but also for the fact that they can revive one another without spending a life to do so.

Of course, it isn’t all cooperative fun and games. For instance, once when choosing the “every bro for himself” mode, a player got an immense amount of satisfaction by picking up his teammates and throwing them into traps and off ledges.

The graphics are decent enough for the genre, and the audio, while not anything special, feels like it fits the game quite well for the most part. 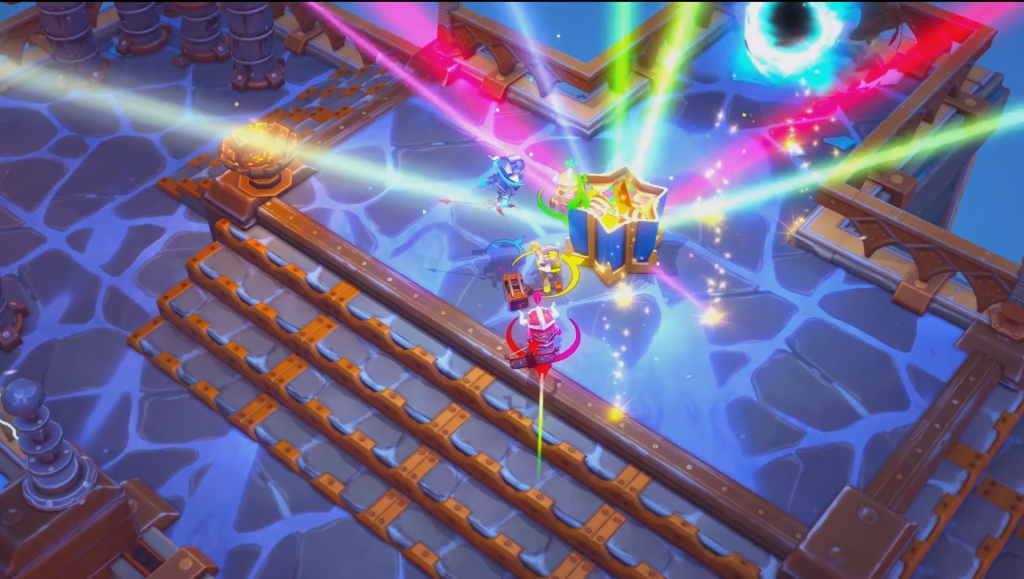 Super Dungeon Bros is a pretty fun game with friends, and, if you love a challenge, can also be quite fun solo. If you get frustrated easily, however, you may wish to stay away, unless the developer adds in the ability to save dungeon progress, as it can become quite frustrating to get nearly to the end of a dungeon then lose your final life and be forced to start from the very beginning.