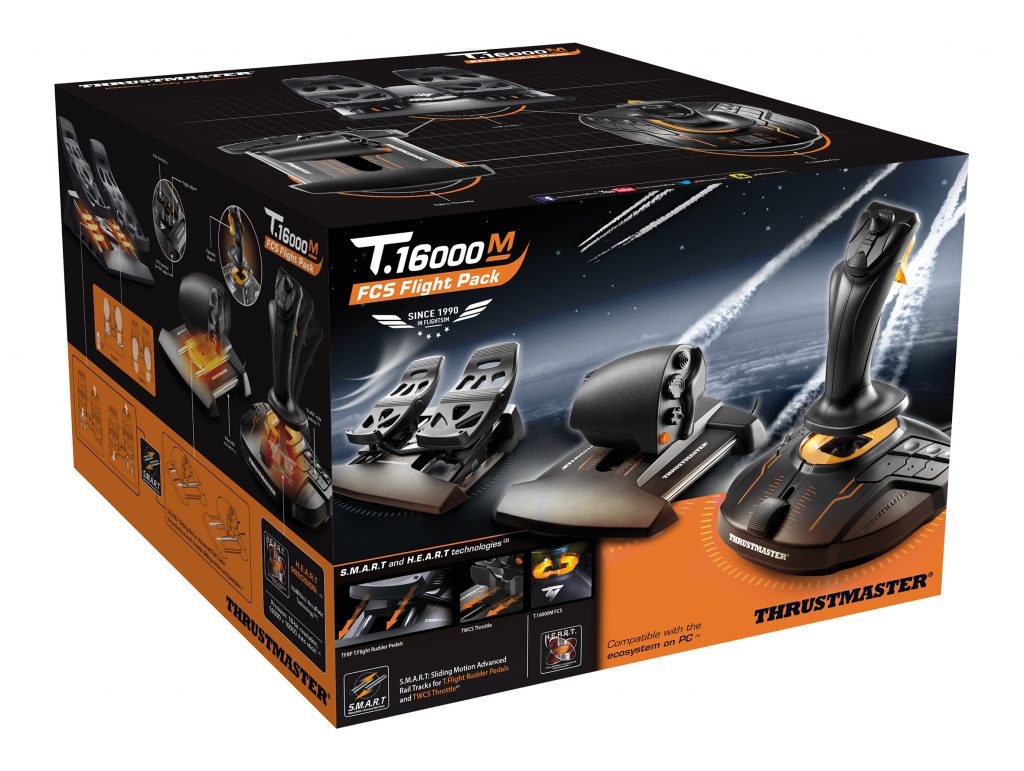 This Flight Pack contains the T.16000M FCS flight stick, TWCS throttle, and TFRP rudder pedals system. It will feature some cutting-edge technology, including the HallEffect AccuRate Technology (H.E.A.R.T) on the flight stick and the Sliding Motion Advanced Rail Tracks (S.M.A.R.T) on the throttle and pedals. This technology helps provide ultra-realistic flight experiences. 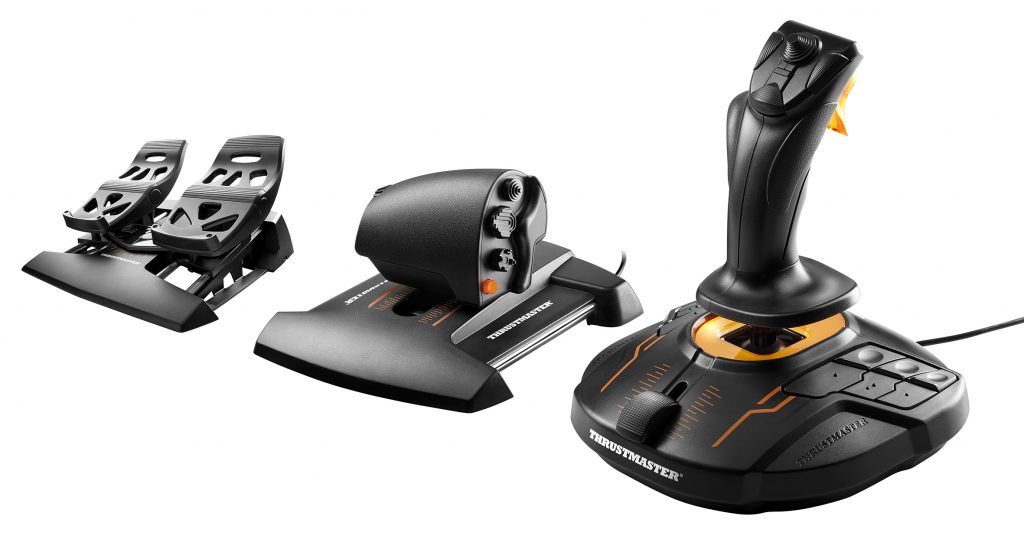 The T.16000M FCS flight stick provides four independent axes, including a twist rudder controlled by rotating the stick. The H.E.A.R.T via 3D magnetic sensors help perfectly respond to every movement made by the pilot and offer up a level of precision that is 256 times greater than that provided by current system.

The TWCS Throttle is equipped with S.M.A.R.T technology, consisting of an exclusive slide rails system for smooth and precise throttle movements. It offers up 5 axes, 14 action buttons, one mini-stick, one toggle rudder, one rotary radio antenna control wheel, and, of course, a connector for the TFRP rudder pedals system.

The S.M.A.R.T technology is also incorporated into the TFRP Rudder Pedals, which employs four slide rails for smooth, high-precision sliding motions. It also features a self-centering rudder axis for the perfect balance between smoothness and resistance for re-centering. In addition, the heel-rests on the pedals themselves are removable, allowing pilots to control the rudder with the ball of his or her foot while the heel simply rests in place. The base is quite large and rests on an incline to boost both comfort and stability, while the differential braking function is facilitated by way of the two differential brake pedals.

Thrustmaster has also added in a software element, known as the Thurstmaster Advanced pRogramming Graphical EdiTor, or T.A.R.G.E.T. This software allows users to combine the pack’s different hardware components so that they can be recognized as a single USB device or several other possibilities, as well as configure each component according to the needs of the user.

What are your thoughts on what we know of this pack thus far?