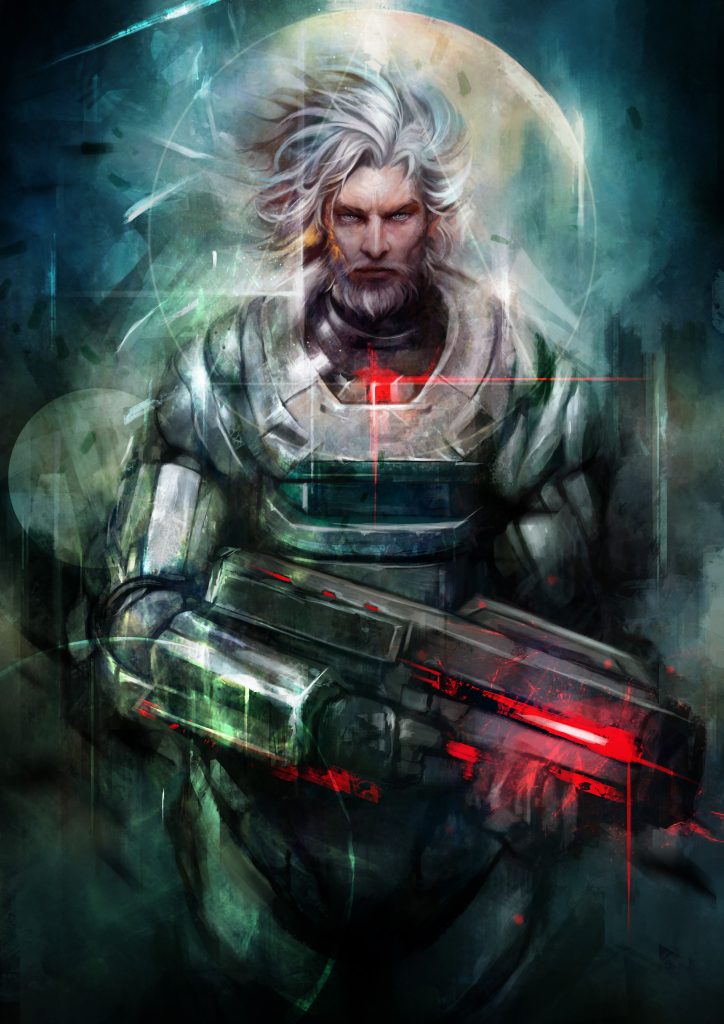 We’ve recently had the chance to check out the PlayStation 4 version of Exile’s End, a Metroidvania title that doesn’t claim the genre. How well will it fit the retro classification, and is it actually worth your time to play? 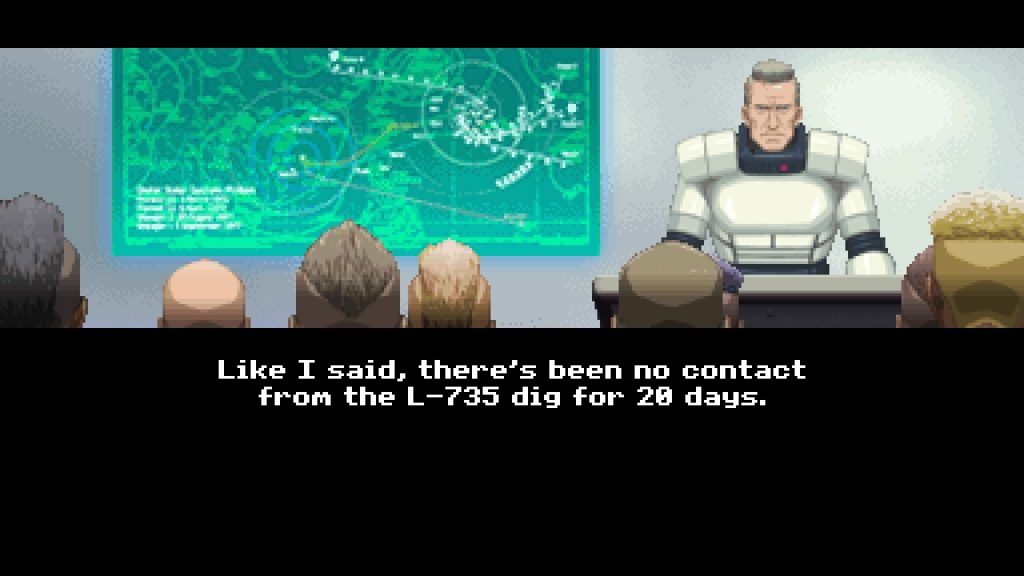 The game places you in the role of a mercenary dispatched to investigate the disappearance of a company president’s son on a remote mining planet. As your team approaches, things take a huge turn for the worst, with the end result being that you are the only survivor and lack any supplies or weapons whatsoever. You will need to scavenge to obtain a means of defending yourself and continue your mission to find the son, however things will be quite difficult for you as you lack anything at all in the beginning, due to the crisis that you and your team had just faced.

Exile’s End begins by dropping you, literally, onto a planet. Being human and without any suit, you take quite a bit of fall damage, and cannot fall for any sort of distance without taking damage… until you manage to get an upgrade that negates said damage, of course. In addition, you will not be able to fight the beasts you see, due to lacking any sort of weapon. Instead, you will need to pick up rocks in the environment and use them to kill the smaller creatures, or set off mines to take out larger ones.

This sounds restricting at first, but you will soon find some weapons, and combat can begin. You proceed to explore the various maps, which are quite well designed, as you attempt to complete your mission. This feels like a true retro Metroidvania style game, with all of the good and bad that this entails, with a few exceptions.

Perhaps one of the most notable exceptions is that there are no manual save points; The game utilizes an auto-save feature for each room you enter. This is good and bad, however, as it is quite easy to get damaged severely (particularly if you are careless), then advance without thinking and trigger the save, thus making the health loss permanent until you manage to find one of the scarce medkits to heal up with. Or you can get lucky and enemies will drop smaller medkits, allowing you to heal a bit on the spot. 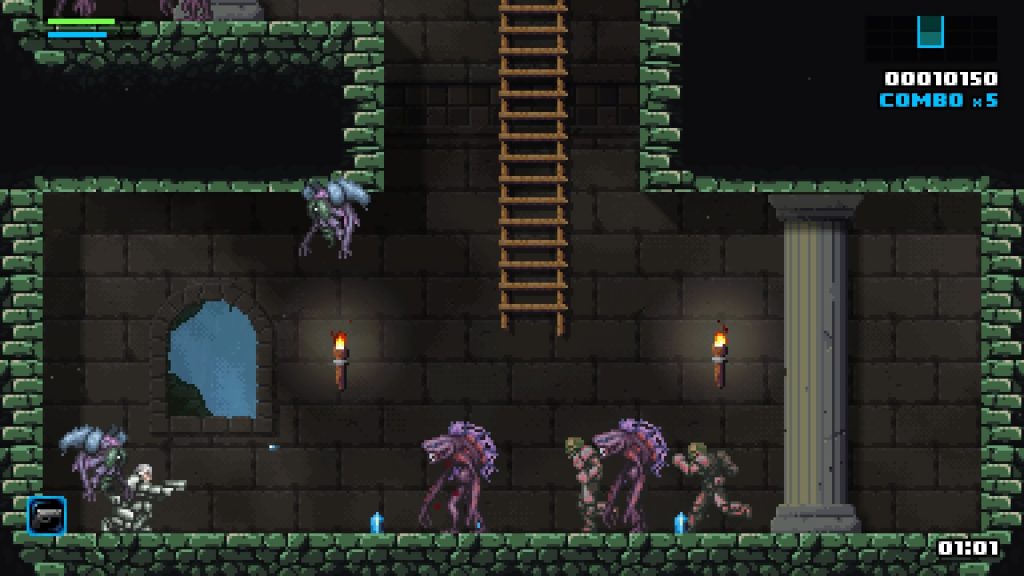 To maneuver the camera, you will need to hold the directional button for several seconds, just like you did in old school titles. It was easy enough to get used to, having grown up with similar titles, but newcomers may find this a bit annoying.

One minor issue is the beginning of the game. Though I personally enjoyed the extra challenge of having to navigate through with only the rocks at first, I can see several people getting annoyed with it and perhaps even dropping it before picking up the first weapon. Perhaps the addition of a weapon would have been a good idea, or perhaps a lower difficulty that gives you one so players can choose if they want the extra challenge, but it may not have made sense in context of the game’s story.

Another issue is the lack of direction. While titles like this typically won’t tell you exactly where to go, they will typically give you a hint. Exile’s End does not, and can lead to quite a bit of backtracking, trying to find out exactly where you need to go in order to advance once you gain access to several other areas.

The retro aesthetic that is present in the game extends to the cutscenes, as well. While it may not feel as polished as some other titles, the developers have added some little tweaks that really help things stand out. These include a filter that makes it look less clear and more like an old school SNES title and some great sound effects. The music is even handled by industry veteran Keiji Yamagishi, who was responsible for the music on the original NES Ninja Gaiden. 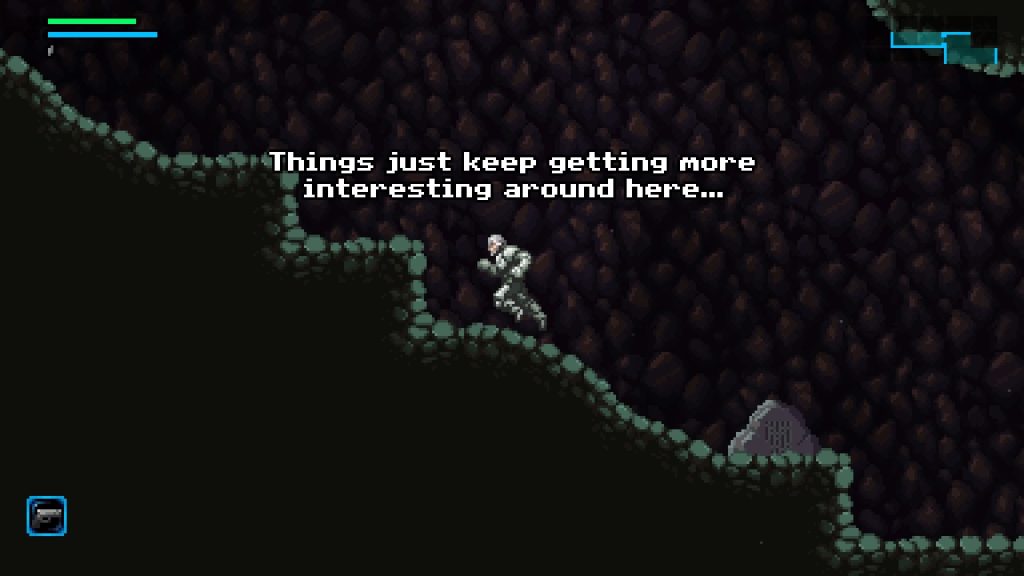 Though many may feel put off by the opening, auto-save functionality, and overall lack of direction once you can access several areas, those looking for an old-school title that isn’t shy about hitting you with everything it can should be able to enjoy Exile’s End.