Having recently checked out Nobunaga’s Ambition: Sphere of Influence – Ascension, is it worth your time?

The narrative of the title is quite straightforward. You will progress through history, starting out with a small region as you gradually increase your power and land. And though the game does offer you quests which will progress the story with historical accuracy, you are not locked into them, and can progress as you see fit. This allows for some alterna-history fiction for those interested.

As it does delve into true history, and quite faithfully (unless, of course, you decide to change things), it seems somewhat pointless to go on about the story in much more detail. That said, it isn’t just history homework under the guise of a game, and is instead a challenging game with a solid history lesson built right in for players to enjoy.

Due to the greater effort put into storytelling, there is a greater emphasis on development. You do not start out with much at all, and your ability to be successful within the game relies heavily on your ability to effectively up your territories and accumulate resources.

Each building on a plot of land can affect the performance of adjacent plots of land. A farm can generate more supplies if an adjacent plot supplies “faith”, so it’s a good idea to build a shrine, church, or temple next to it, however, you have limited space, and thus, you have competing demands for the use of said land. 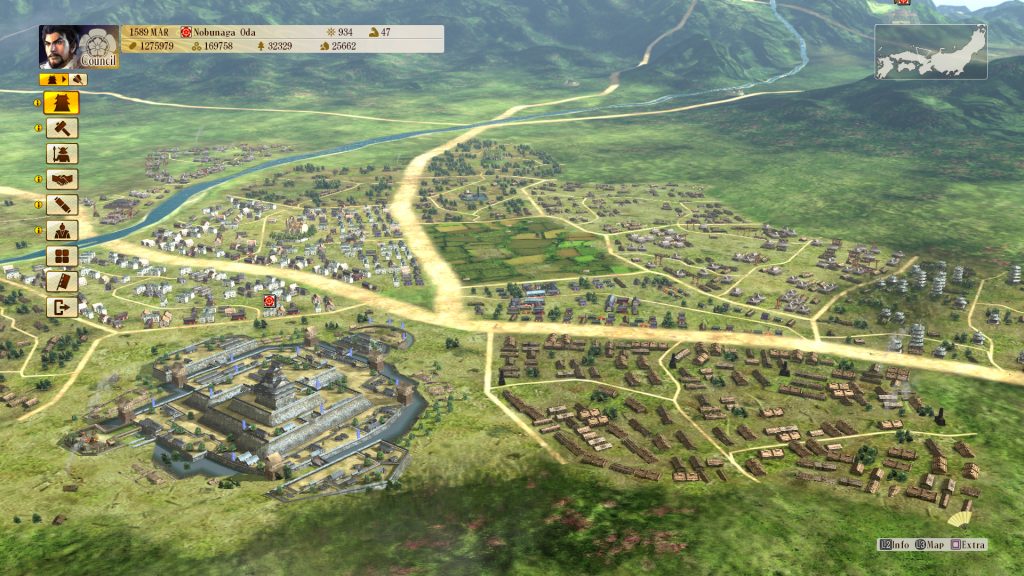 The massive array of rules and functions may take a bit to get used to for those who haven’t played other titles in the genre, but those used to strategy games like this should have no issue navigating, even with the Dualshock 4 controller.

As you attempt to expand, you will have to plan carefully. You will have one season each turn to build and structure your region, depending on the amount of labor power, resources, and money you have access to. In addition, during the season you can stimulate new ideas for additional benefits and enact policies featuring both positive and negative effects. You will also have the option to attempt to gain the loyalty of neighboring daimyos, or even plot with various generals to betray their leaders.

As the season progresses, certain events, such as the fall of various houses and the rise of others to power, will occur. All in all, there is quite a lot to keep track of, and it can seem rather complex to those who have not experienced it in similar titles before. Once you have managed to expand your region as far as it can be, you will need to gather your army and attempt to conquer new areas. Battles are a bit of a calculated effort, as you amass your troops, march them to your target, and combat any allied forces you may meet along the way. Once you have reached the castle you have two options; You can either raze it or storm it for conquest. 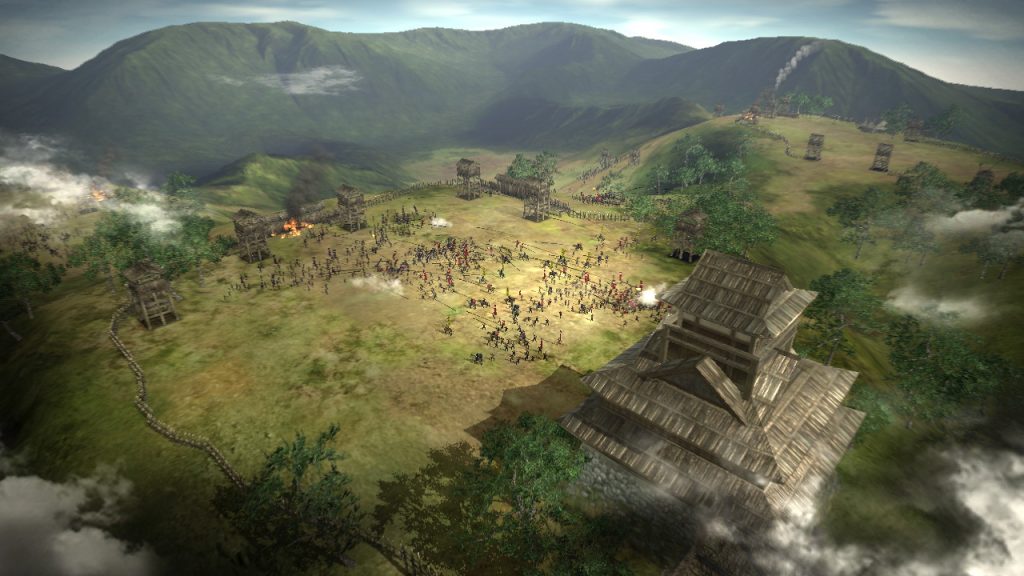 Unfortunately, the battles themselves tend to be somewhat lackluster, essentially simply being nothing more than watching as the health bars slowly decrease.

In terms of graphical and audio prowess, Nobunaga’s Ambition: Sphere of Influence – Ascension is an impressive title. The graphics are, for the most part, beautiful, and the audio track helps immerse you into the world.

Though it has a few flaws, such as a lack of a real tutorial (the game only supplies instructional texts, which can feel rather lacking, particularly to newcomers) and the fact that the battle system could stand with being a bit more in-depth rather than just watching the health bars, Nobunaga’s Ambition: Sphere of Influence – Ascension is still a fun title.

Overall, if you’re a fan of strategy games, you’ll likely enjoy the game quite a bit.