The Pokémon Company International and Nintendo were excited to unveil some new Pokémon, Ultra Beasts, and Z-Move that will be present in Pokémon Sun and Pokémon Moon once they arrive on November 18, 2016. 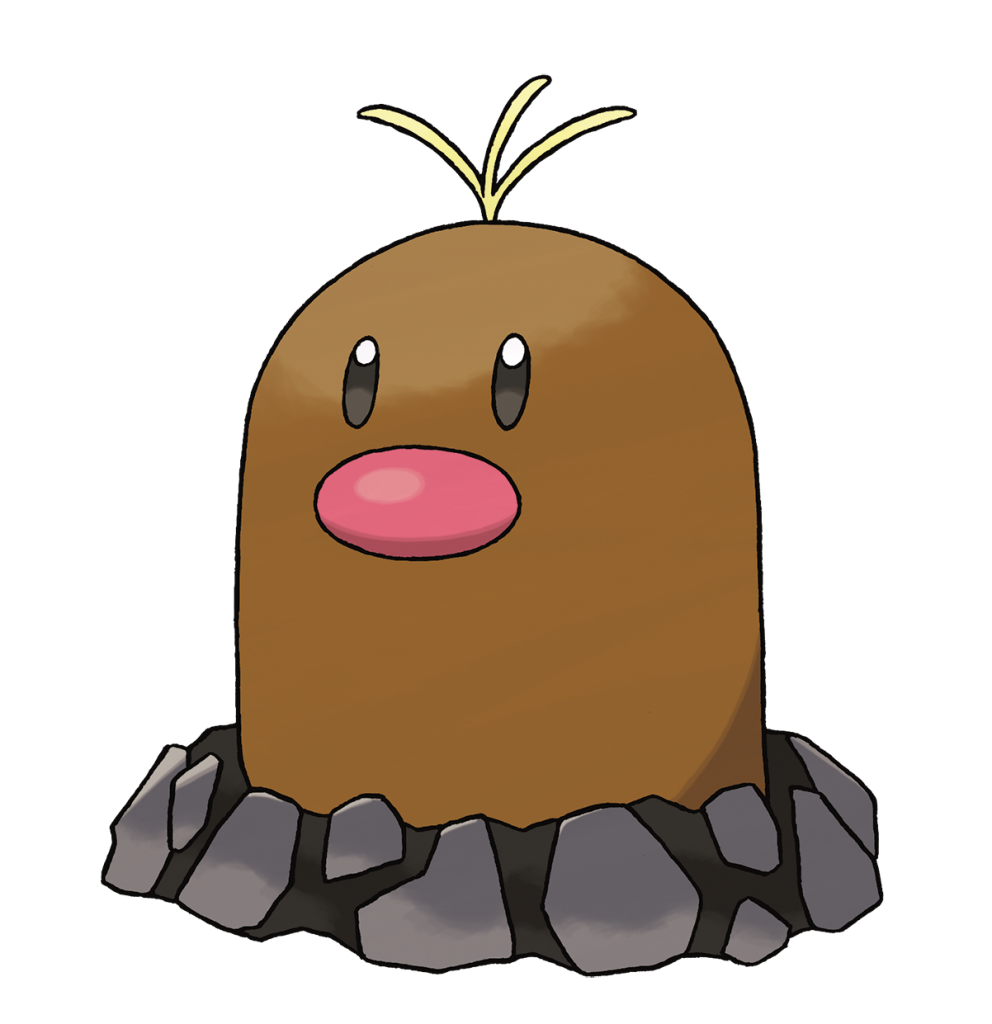 Alolan Diglett is a Mole Pokémon that lives near volcanic areas, and thus have few places to hide themselves away. It is said that they developed hairlike metallic whiskers which grow from the tops of their heads as a survival mechanism for the hostile volcanic environments they inhabit. These whiskers enable them to sense surrounding areas without exposing their face above ground. The Alolan Diglett can have the new Tangling Hair Ability, which no other Pokémon has had previously. This ability lowers the speed of an opponent that hits them with a direct contact maneuver by 1. Alolan Diglett live near volcanic areas, so they have few places to hide themselves away. It’s said they developed the 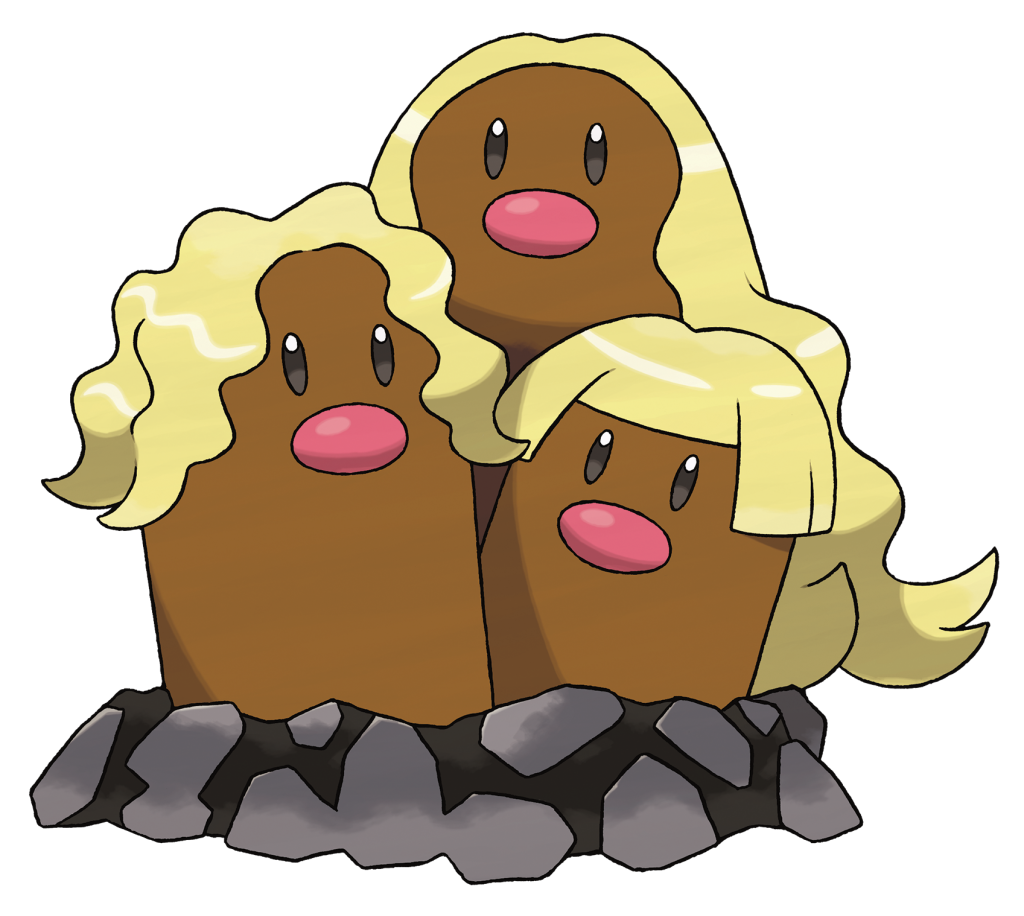 The Alolan Dugtrio is the evolved form of Alolan Diglett. The whiskers of the Alolan Dugtrio grow throughout its life at a very slow rate, shining with a brilliance similar to that of golden hair. In the Alola region, this Pokémon is actually revered as an incarnation of the god of the land, and is thus treated with great importance. Removing any of this Pokémon’s whiskers is strictly prohibited. There is a superstitious belief that many Alolan Dugtrio come out of their burrows on a day when a volcano will erupt. 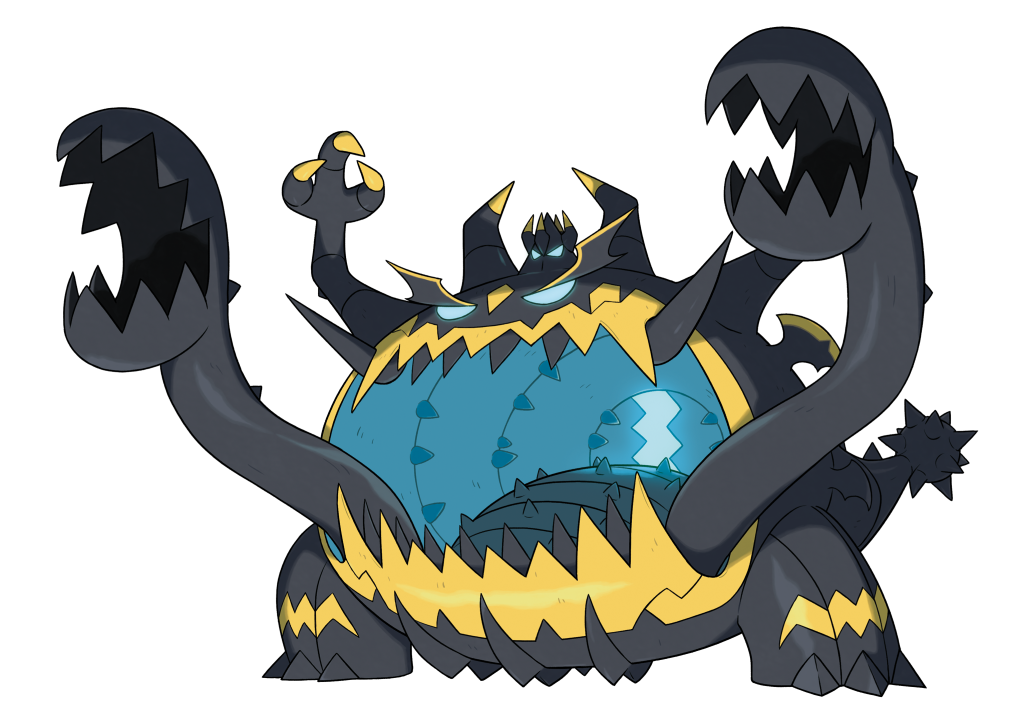 This Ultra Beast, as the name suggests, has an astounding appetite, and it will completely devour anything in front of its eyes. It does not only devour objects, however, it is said that it will even devour the ground, rivers, and yes, even the very seas themselves. There is a belief that it converts the abnormal amount it eats entirely into energy to sustain itself, thus leaving no waste product behind, but whether this is fact or fiction remains a mystery. 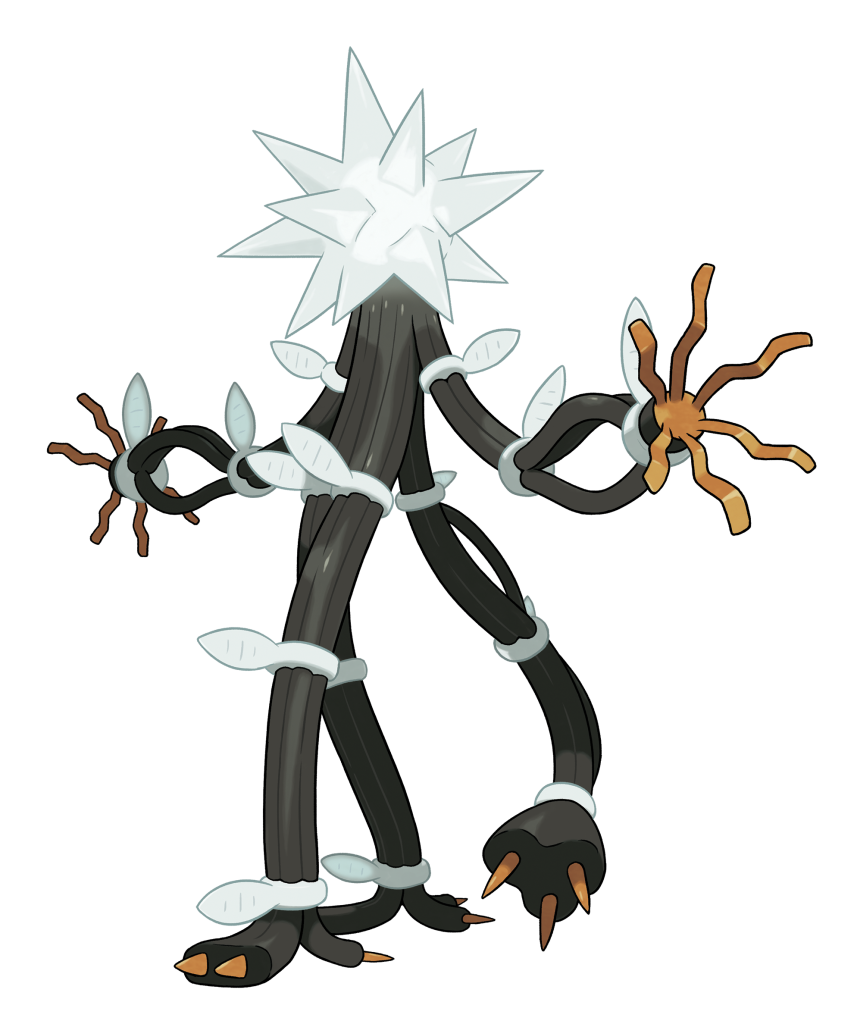 The second Ultra Best unveiled is known as UB-03 Lightning, but not much information was shared on this mighty beast. Instead, they simply teased, “More will be revealed during the players’ adventures around the Alola region.”

In addition to the above Pokémon and Ultra Beasts, there was a mysterious image of an additional Pokémon revealed, but no further information, as the company teased, “players will have to pick up the games when they launch on November 18 to find out more about this mysterious Pokémon!”

In addition, the Z-Moves of the three starter Pokémon have been revealed. that you can choose as your first partner during your adventure have an exclusive Z-Move that they can use only after they fully evolve. These moves are:

Decidueye features the Sinister Arrow Raid, in which it slices through the air together with a hail of arrow quills, crashing into the target before dishing out the final blow with its arrows. 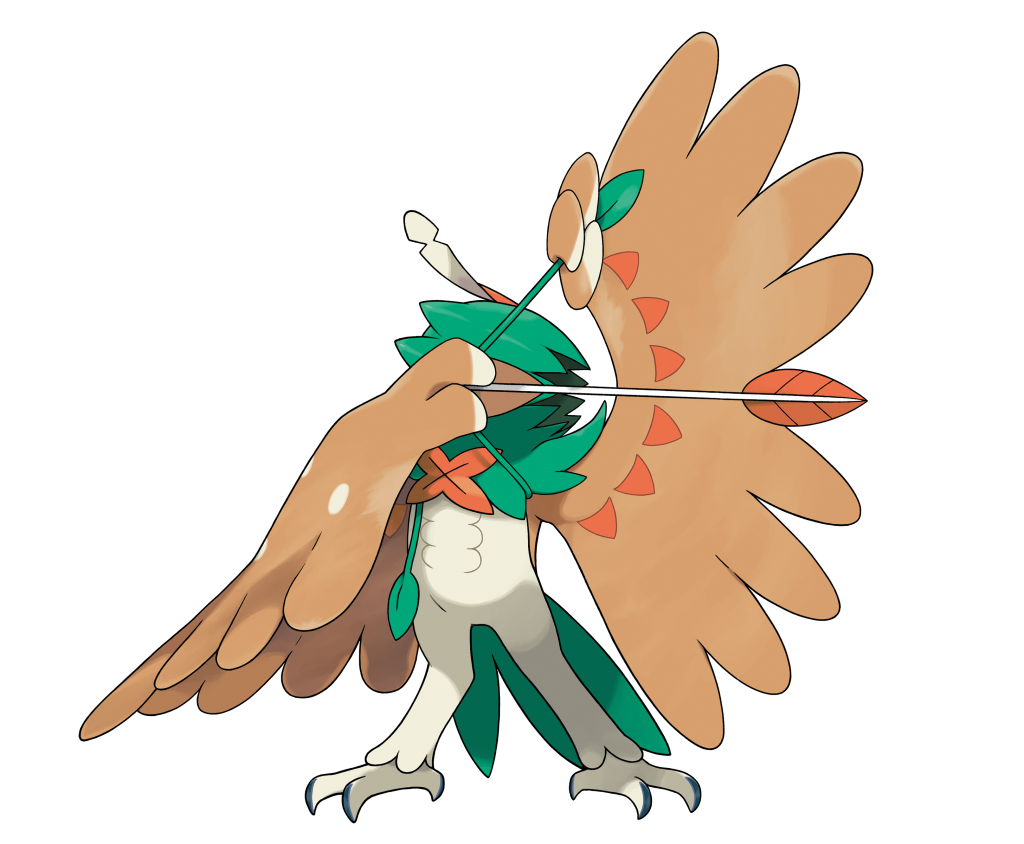 Incineroar features Malicious Moonsault, in which it leaps high into the sky and dives straight down upon its target, all while flames sprout from its flame belt. 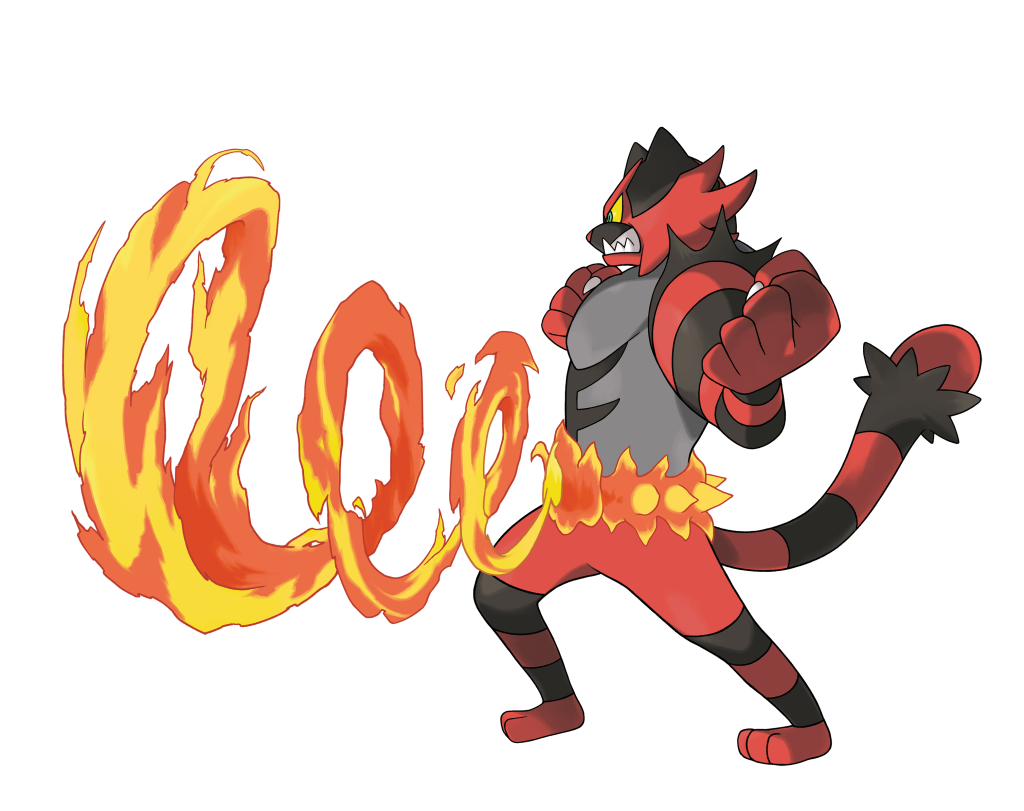 Primarina utilizes Oceanic Operetta to manipulate a huge balloon utilizing its voice, then causes it to explode over its target’s head, dishing out a great deal of damage. 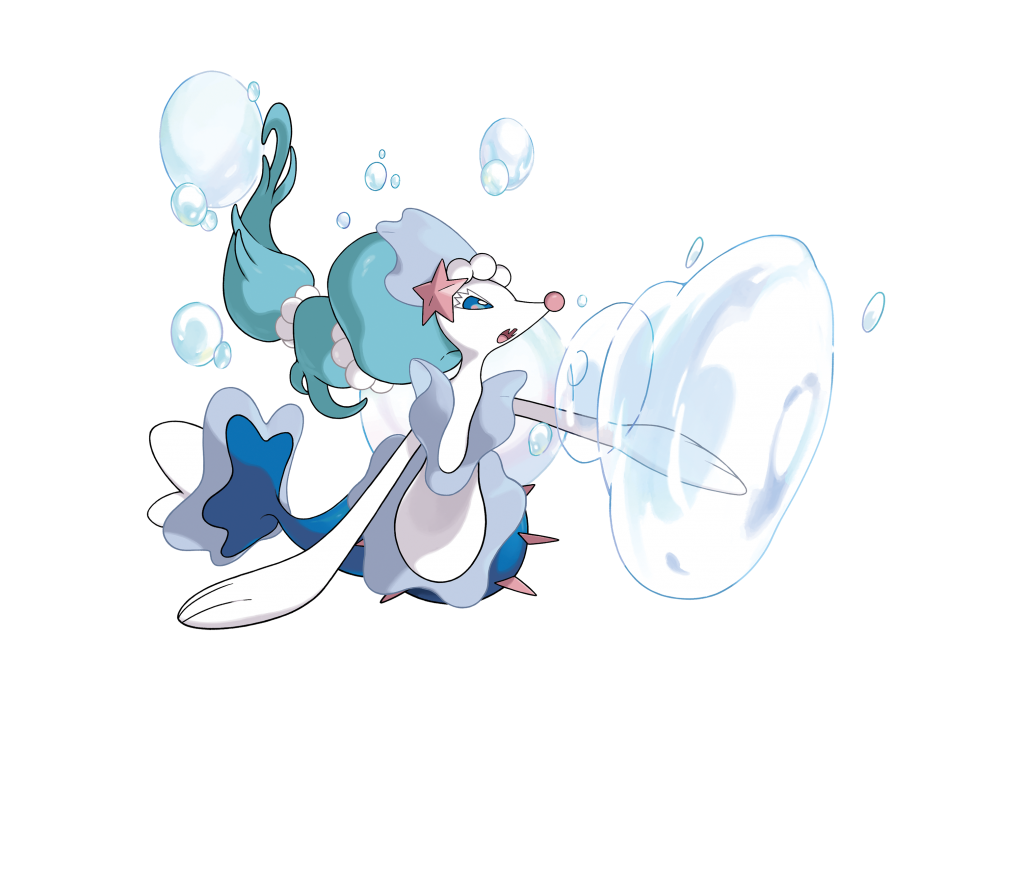 For those wondering, these Z-Moves are special moves that a Pokémon can utilize when it’s holding a Z-Crystal that corresponds to its move’s type. The effects vary greatly depending on whether they are based on attack or status moves. Those based on attack moves have far greater power than standard moves, but how powerful they truly are appears to depend on the power of the original move that the Z-Move is based upon. Due to being full-powered attacks, they also appear to be impossible to ward off with moves like Protect and Detect.

When utilizing a Status Z-Move, it will feature additional effects, such as raising your Pokémon’s stats, healing the next Pokémon to switch in and more.

Those eager to jump into the action can go ahead and jump into the Pokémon Sun and Pokémon Moon Special Demo Version, which is available at no charge. In addition, players will be able to transfer the Greninja from the demo into the full game once it launches. 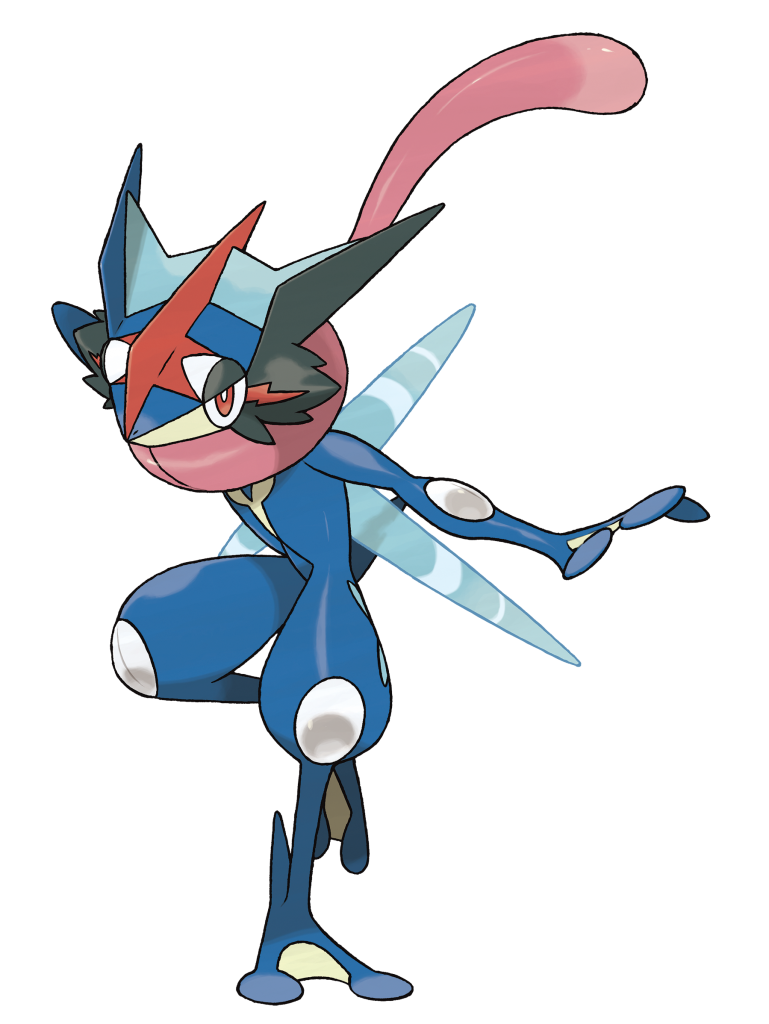 Here is a new trailer showing off the features and Pokémon:

What are your thoughts on the revelations?